Hotelier, 33, who claimed £34,500 while off work with depression was exposed in £413,000 benefits scam… when insurance firm spotted him win award in local paper 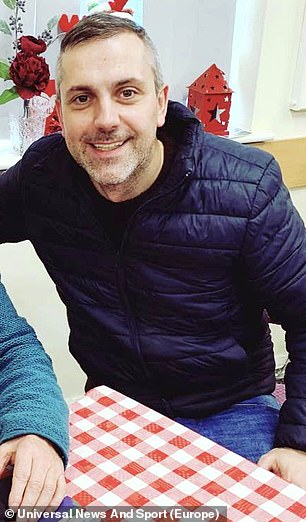 Richard Moore, 33, pictured, has been handed a suspended sentence after admitting carrying out a benefits scam that would have earned him £413,000 if he hadn’t been caught

A hotelier was caught out in a £413,000 benefits scam when he was spotted celebrating winning an award in a local paper.

Richard Moore, 33, who runs the successful Victoria Hotel in Bury, received £34,500 between 2014 and January 2019 after claiming he could not work due to depression and anxiety.

Moore, who suffers from mental health problems, initially made a legitimate claim to insurer Aviva in November 2013 from a policy he set up in 2007 after losing his job days earlier.

A year later he was well enough to get a job managing an Aldi in Bury but continued to tell Aviva he was unfit to work, and even told the firm it was ‘getting worse’.

But Aviva stopped the cash after he was featured in a local paper article in January celebrating after the Victoria, which he took over in 2017 with wife Lisa, won the North West Pub of the Year prize in the inaugural Parliamentary Pub of the Year Awards.

Manchester Crown Court heard he worked a variety of jobs between 2014 and 2019 while illegally claiming the cash.

After seeing him in the paper, Aviva and the police conducted surveillance that caught him working behind the bar and serving food at the hotel, which is rated 4.5/5 on TripAdvisor.

Moore, who has a daughter and stepdaughter, admitted the scam and in mitigation, the court heard he had not used the cash to live a luxury lifestyle, adding he was ‘upset and ashamed’ at his actions.

He also claimed there was a delay in receiving the cash when he made his legitimate claim and that he didn’t tell Aviva about the Aldi job because he ‘feared he would not keep it for long’.

Moore, who is also a school trustee and church youth leader, was handed a 14-month suspended sentence, 100 hours of unpaid work and a 15-day rehabilitation course.

The City of London Police’s Insurance Fraud Enforcement Department (IFED) led on the criminal investigation after being tipped off by his insurers Aviva Insurance. 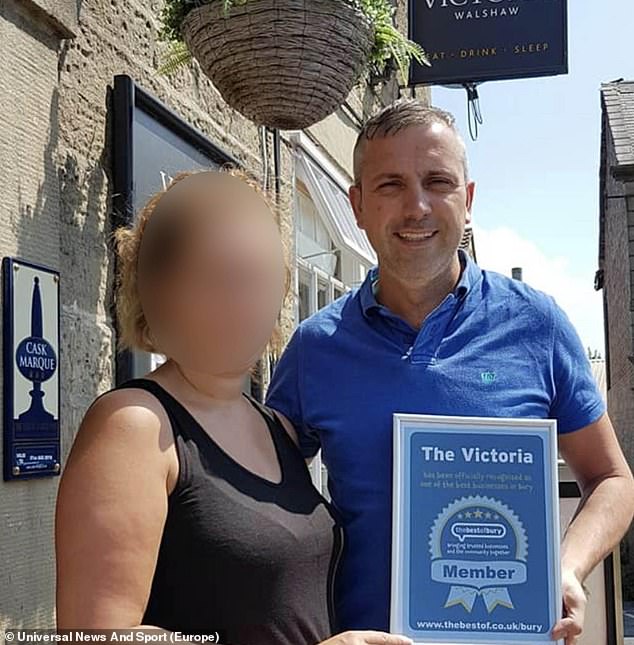 Moore claimed money from Aviva for almost five years after telling them he could not work due to depression and anxiety. But he actually worked four jobs over that period and was caught when investigators saw him receive an award as boss of the Victoria Hotel in Bury. He is pictured with a different award with a member of staff

Detective Constable Kevin Carter, of IFED, said: ‘Moore took full advantage of the financial support provided to him by his income protection insurance policy from Aviva.

‘He worked multiple jobs across several years, without ever notifying his insurer, and was even brazen enough to take ownership of a hotel and pose for pictures with awards for the regional press.

‘It’s clear that Moore had no intention of stopping, and would’ve gone on to fraudulently claim an even greater sum of money, if not for the Insurance Fraud Enforcement Department’s joint investigation with Aviva, which exposed his lies and ensured he was brought to justice.’

Moore worked for a total of four companies during the time he was illegally claiming the cash.

He told Aviva that he hadn’t worked since he first became incapacitated, he couldn’t return to do any part of his occupation and his condition was getting worse when he completed a health review for Aviva in 2017.

But Aviva’s investigators found several regional news articles, which confirmed Moore was the managing director/owner of a hotel in Bury. 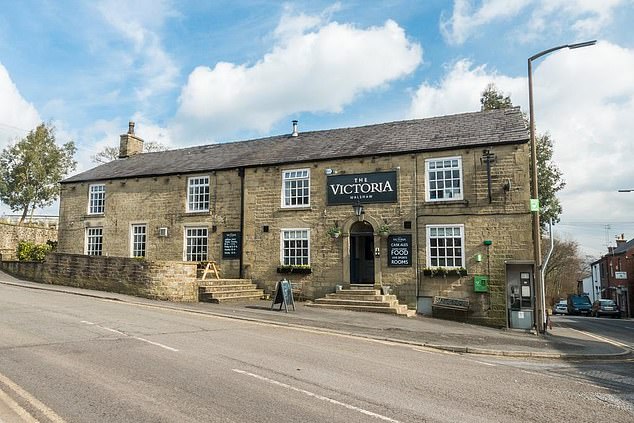 The insurers also carried out two days of surveillance on Moore to confirm he was working.

Jacqueline Kerwood, Governance and Philosophy Manager for Individual Protection claims, said: ‘We are pleased with today’s sentencing, which highlights the severity of Mr Moore’s actions in deceiving Aviva in an attempt to claim more than £400,000.

‘Aviva soon realised Mr Moore had not been forthcoming with his various jobs, and our investigation and referral to IFED brought an end to his audacious scam.

‘Monday’s sentencing makes the point that insurance fraud is a crime and if you commit insurance fraud, it is very likely you will be caught and prosecuted – as Mr Moore has learned the hard way.

‘Aviva has a zero-tolerance approach to fraud and will investigate and bring to justice those who attempt to defraud Aviva and our customers. These bogus claims put pressure on premiums for honest customers who rely on the safety net that protection policies provide.’