Elizabeth Holmes has at least one more opportunity to stay out of prison after a judge on Friday sentenced the once-aspiring biotech entrepreneur to 11 years and three months behind bars for defrauding a group of investors in her collapsed blood-testing startup, Theranos.

Holmes’ freedom is dependent upon an expected appeal of her case, which her lawyers must file within two weeks. Once an appeal is filed, Holmes can request to remain out of custody while her appeal is considered by the 9th Circuit Court of appeals.

George Demos, a former prosecutor for the U.S. Securities and Exchange Commission, says there’s “no doubt” the fallen Silicon Valley superstar will file an appeal. Only after that request — along with a request to remain free during its penance — will it be clear whether she will begin serving out the sentence Davila handed down.

“So whether or not she reports to prison on April 27 remains to be seen,” Demos said.

First, she would need to persuade Judge Edward Davila – who decided her sentence and presided over her trial — as well as the trial of her codefendant Ramesh “Sunny” Balwani — that she deserves to stay out of custody while her appeal plays out in the higher court.

Second, she would need to prevail in her appeal. Even the appellate court cannot overturn Davila’s sentence, unless it finds that he miscalculated Holmes’ punishment under the U.S. Sentencing Guidelines. 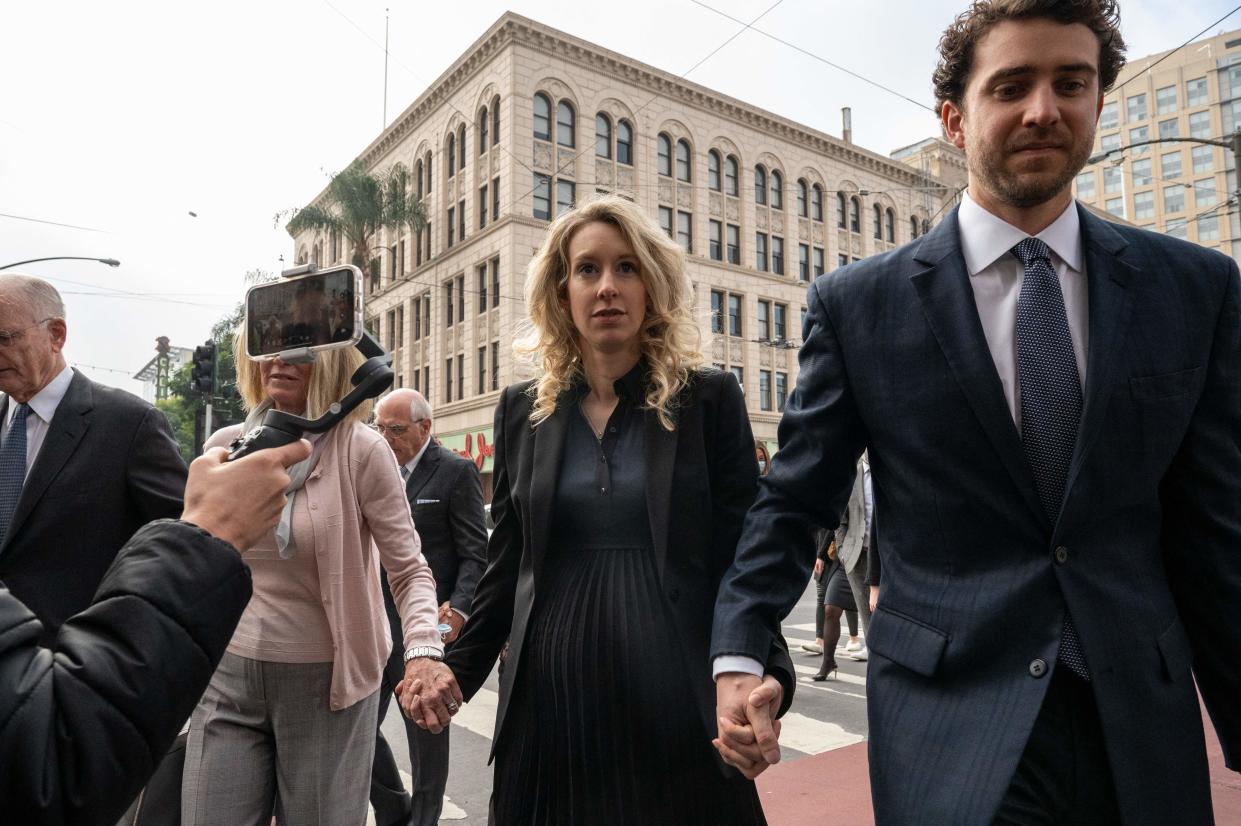 On the first point, Kyle Clark, a criminal defense lawyer with Baker Botts said it’s difficult to predict how Davila would respond to a request by Holmes for continued freedom.

To make that decision Judge Davila would be tasked with considering many of the same factors that determined whether to permit Holmes to remain on bail following her indictment and into her sentence, such as whether or not her crime involved violence, her lack of criminal history, and whether she’s a flight risk.

“The judge may be amenable to sentencing her, but holding her at bay while her appeal grinds away,” Clark said. “Though the government's position on that is important, too.”

Clark said he expects that prosecutors would stress that the long process of an appeal could delay Holmes for years from serving out her sentence.

“That’s one of the things the government is going to say — that she should go to jail while the appeal is pending,” Clark said. “Sometimes it works, sometimes it doesn’t.”

What grounds Holmes may raise to justify an appeal remain uncertain.

Appeals can be based on rulings on testimony and evidence, whether the judge’s rulings during the course of the actual trial are consistent, and whether Holmes was granted or denied the opportunity to put in any exculpatory evidence.

However, Clark and other attorneys who talked with Yahoo Finance say Holmes’ chances for the appellate court to overturn the jury’s verdicts or Davila’s sentence are slim given Davila’s close management of the case, which helped to preserve a fair trial.

“The judge tried this case very carefully,” Jacob Frenkel, a white-collar criminal defense attorney, told Yahoo Finance in January immediately after the jury returned its verdicts following seven days of deliberations. “It's unlikely that an appeal would result in changing the sentence.”

Frenkel also pointed out that Holmes, in taking the stand during her trial, may have contributed to sealing her fate on appeal.

“The fact is, Elizabeth Holmes testified. That was a gambit,” he said. “And ultimately, the jury made its decision in large part based on whether it did or did not believe Elizabeth Holmes. So I think the appeal is going to be tough sledding for the defense.” 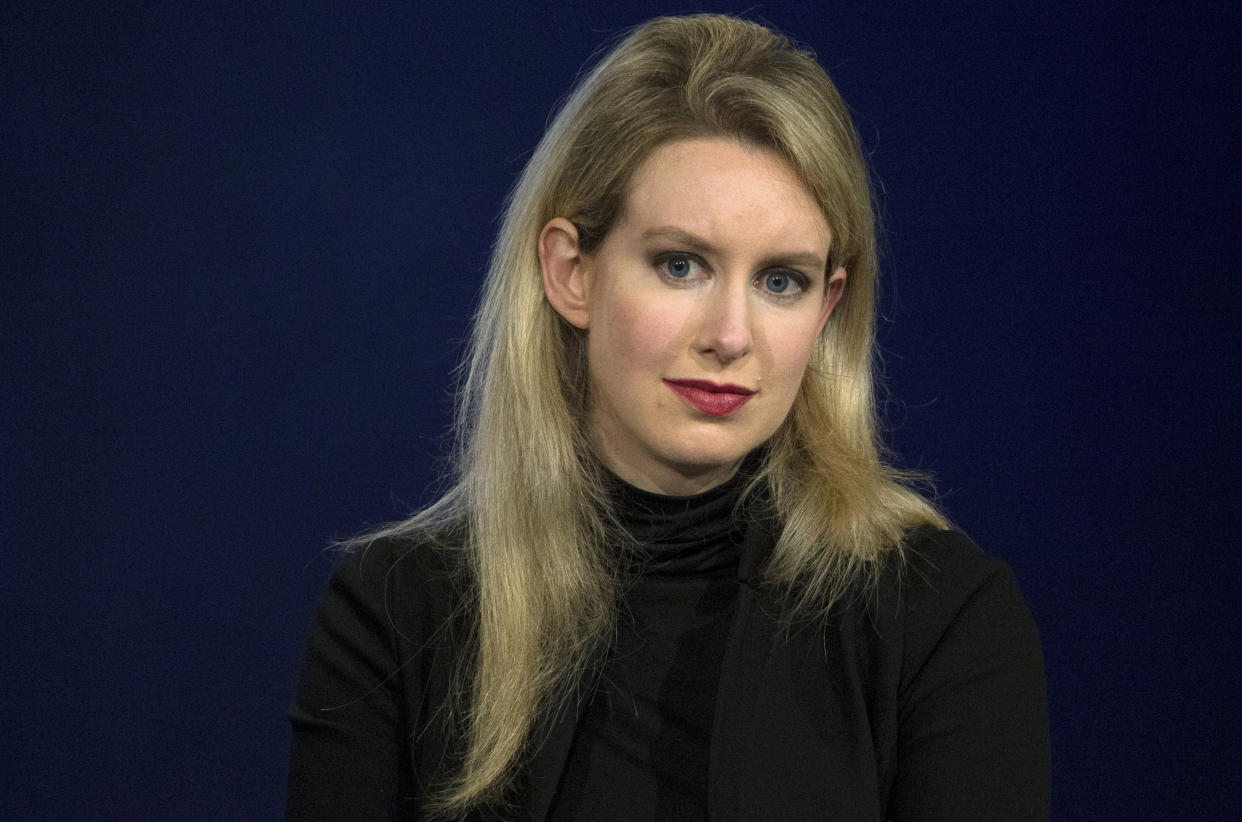 After reading Holmes’ sentence to a packed courtroom on Friday, Davila said he would also afford Holmes another five months out of custody before April 27 when she’s required to surrender to incarceration. Holmes, 38, is now pregnant with her second child.

“It’s significant,” Demos said, highlighting that Judge Davila actually made note of the five-month timeframe. “I believe that’s designed to afford her the opportunity to give birth outside of prison, which is a compassionate and humane thing to do. And hopefully that leads to reforms throughout our prison process.”

How much time will Holmes serve?

If Holmes does file an appeal and fails to persuade Davila or the appellate court to undo what’s done, Demos says she’ll likely have little choice but to serve most of the sentence that Davila handed down. Provisions within the federal sentencing guidelines do include the possibility for early release based on good behavior.

“Whether or not she serves 11 years remains to be seen, but I would suspect she’d serve a substantial portion of that,” he said.

For tutorials and information on investing and trading stocks, check out Cashay