Thirty-eight days after Sudanese rebels ambushed his Red Cross plane when it touched down and dragged him and his crew away at gunpoint, American pilot John Early began to wonder if he’d ever see his loved ones again.

Early, his Kenyan co-pilot and an Australian nurse were confined to a mud hut guarded day and night by rifle-toting teenage boys. The hostages survived on pumpkin and goat meat while their captors tried in vain to trade them for millions of dollars in ransom money.

The Sudanese rebels were starting to run out of patience when Early received a surprise visit at the ragged camp where he was being held. A middle-aged man in gray slacks and a blue blazer breezed past Early’s guards, held out his hand and introduced himself as New Mexico congressman Bill Richardson.

“I understand you’re in a bit of a pickle here,” Richardson told Early, “but I’m going to get you out. I promise you I won’t leave here without you.”

Early was gracious yet skeptical.

“Just what I need, a congressman,” he remembers thinking. “I’d rather see a helicopter full of steely-eyed guys with guns.”

Early hopes that WNBA star Brittney Griner won’t be as quick to underestimate Richardson as he was 26 years ago. The diplomat who Griner’s family has recruited to help get her out of Russia has proven more adept at extracting Americans from hostile regimes than even the most skilled special ops team. 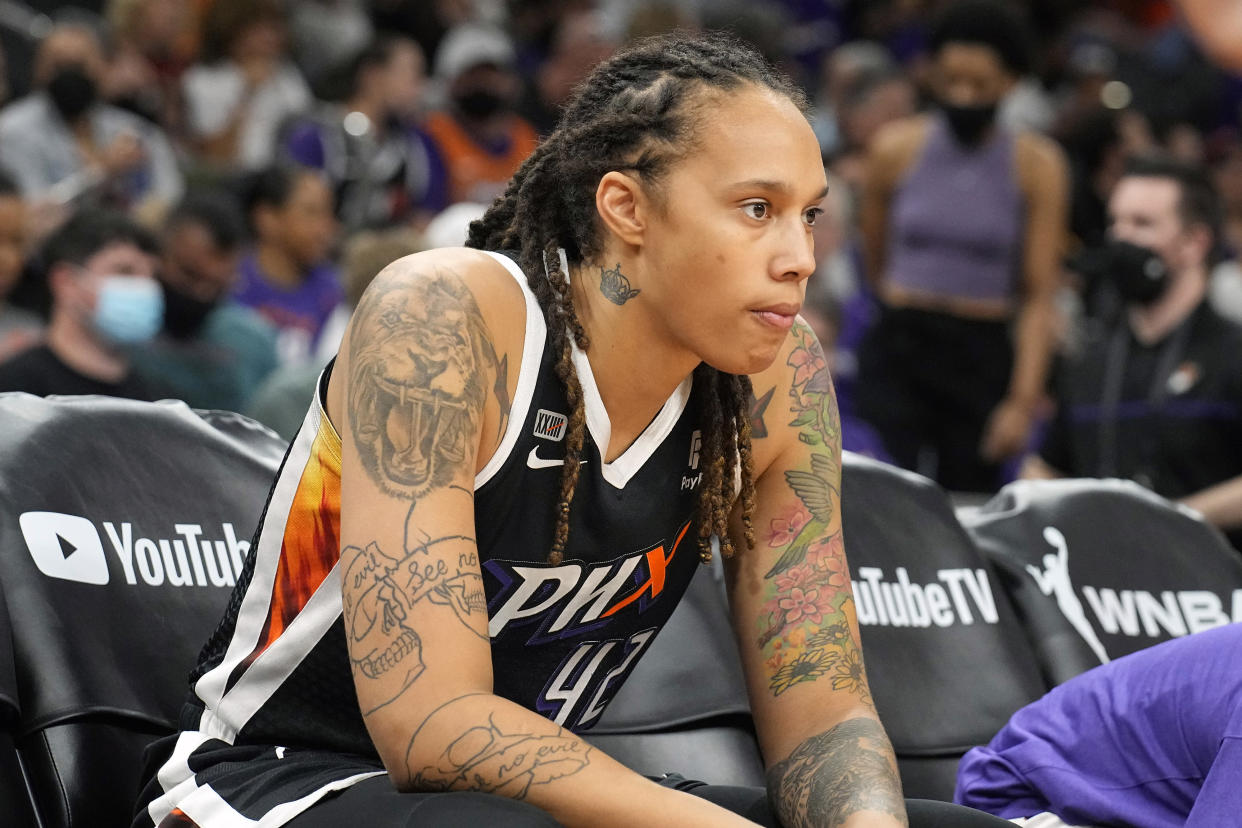 In three decades as the silver-tongued daredevil of Capitol Hill, Richardson has traveled anywhere from North Korea to Iraq to Cuba to Myanmar to engage in high-stakes, face-to-face negotiations with some of the world’s most infamous dictators. In 1995, he sat across a table from Saddam Hussein to arrange the release of two American defense contractors arrested in Baghdad. The following year, he sprung an American man accused of espionage after drunkenly swimming across the Yalu River from China to North Korea.

At the end of his second term as New Mexico governor in 2011, Richardson started a non-profit organization focused on global conflict resolution and prisoner release. Families whose loved ones are detained in enemy nations often seek Richardson’s help because he engages directly with captors, because he has no formal ties to any government and because he has a track record of success in areas of the world where others refuse to negotiate.

“When we get involved, we try to move and isolate the issue from the policy and political and into the humanitarian realm,” Richardson Center vice president Mickey Bergman told Yahoo Sports. “We do not work for the US government, but we inform them of our efforts and coordinate with them, when it is helpful for the release.”

Griner has been behind bars since Feb. 17 when she flew into a Moscow airport and Russian customs officials allegedly found vape cartridges containing hashish oil in her luggage. She is under investigation for the large-scale transportation of drugs and faces up to 10 years in a Russian prison if convicted.

Since Griner was taken into custody six days before Russia began its assault on Ukraine, the timing instantly raised suspicions. Many experts in foreign policy expressed concern that Russia had seized Griner as a high-profile diplomatic bargaining chip rather than the defendant in a criminal investigation.

On Tuesday, a State Department spokesperson told Yahoo Sports that it now characterizes Griner as “wrongfully detained,” a change in designation that signals the U.S. will no longer wait for her case to play out in the Russian legal system. Roger Carstens, the U.S. government's top hostage negotiator, will lead an inter-agency team in charge of taking more aggressive steps to negotiate Griner's release, the State Department spokesperson said.

While Carstens has received widespread praise for his passion for his job, his shrewd strategy and his willingness to keep families of hostages informed, experts also lauded the decision by Griner’s family to request Richardson’s help. Griner now has “the best of the government and the best of the private sector,” said Jonathan Franks, a spokesperson for the family of Trevor Reed, the former Marine released in a prisoner exchange last week after nearly three years in a Russian jail.

As the Russian military prepared to invade Ukraine in late February and relations between the U.S. and Russia further crumbled, Richardson and Berman traveled to Moscow to meet with Russian officials about Reed and fellow jailed American Paul Whelan. Reed’s case took on added urgency because he was showing signs of tuberculosis.

On that trip, Russian officials made it clear to Richardson that they would release Reed if the Americans freed Konstantin Yaroshenko, a Russian pilot serving a lengthy sentence in the U.S. on cocaine trafficking charges. Richardson briefed the Biden administration about the trip after his return and Biden decided to greenlight the prisoner swap and have the U.S. government manage it.

“There’s a reason I have brought Bill into every case I’ve ever worked on,” Franks said. “His involvement has paid huge dividends for my clients. So I’m excited for Brittney Griner, her wife and her team in hopes that with Bill’s help, they are now going to be able to really make some progress in bringing Brittney home.”

Preparation, those who have worked alongside Richardson say, is the key to his negotiation strategy. Richardson vociferously studies his adversaries before meeting with them to figure out their motivations and how to build rapport with them.

Once he has made his counterpart feel comfortable with a small gift or a timely joke, Richardson typically strikes a balance between being compassionate yet forceful, respectful yet relentless. Richardson never wants to give up more than he has to, yet his goal is for both sides to leave the negotiating table feeling like winners. 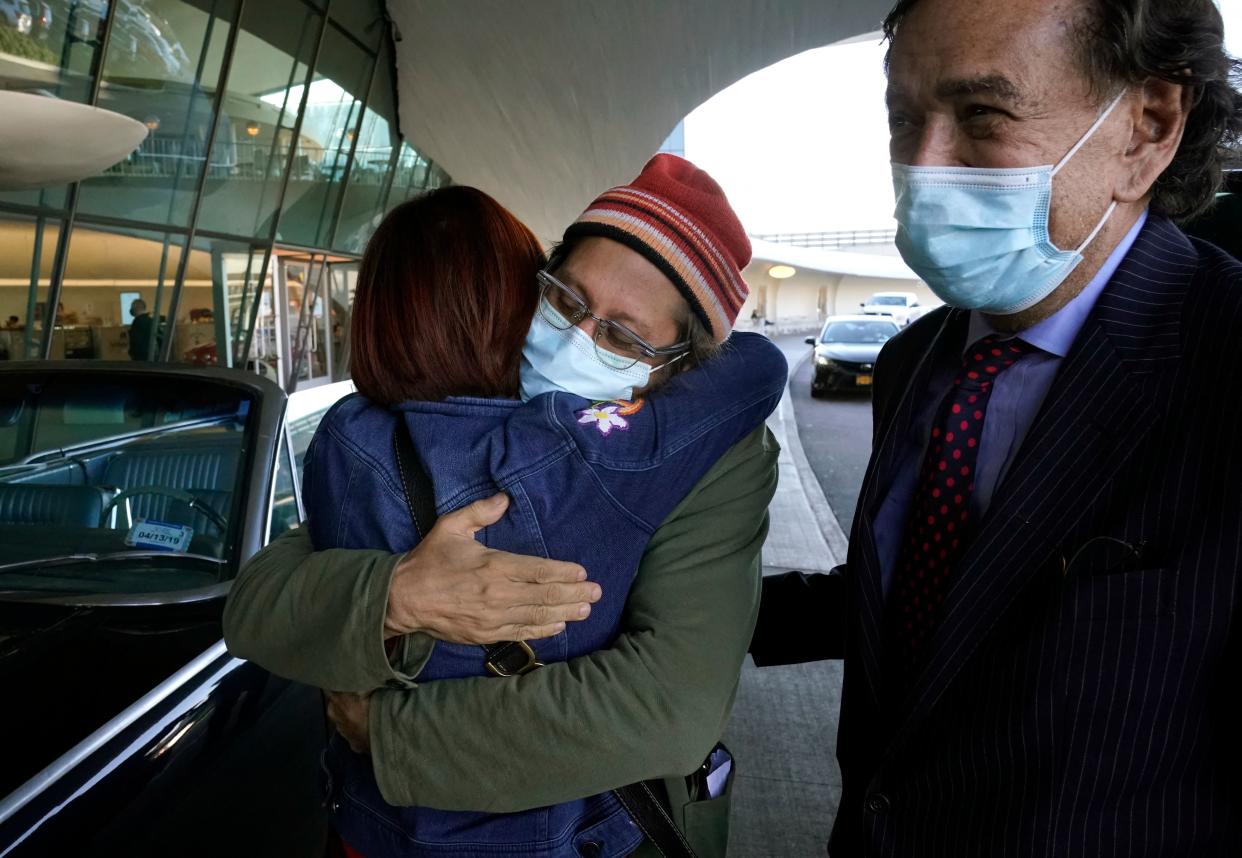 “The guy is like a pitbull,” Early said. “I sometimes wonder if people give him what he wants just to get rid of him.”

There’s no greater example of Richardson’s dexterity as a negotiator than the story of how he managed to spring Early and his two fellow Red Cross workers from South Sudan in 1996. Richardson learned that many of the village children were dying from malnutrition and fetid water and mentioned it to rebel leader Kerubino Kuanyin Bol. When Kerubino mentioned that his own daughter had died only days earlier, Richardson realized he had found the opening that he needed to offer something the other side needed.

In the end, the ransom that Kerubino’s rebels received in exchange for the hostages was very different than the stack of cash he originally sought. Richardson promised five tons of rice, four used Land Rovers, nine radios and a health survey for Kerubino’s disease-ridden camp.

“I thought we’d be worth a lot more than that,” Early joked. “I was really ticked off to find out that the land rovers were used.”

On their flight out of South Sudan, Richardson surprised Early and his fellow hostages with two coolers full of beer in the aisle. Early hopes that some day very soon, Richardson will be able to do the same for Griner.

“I would say she’s in very good hands,” Early said. “The people that captured us, if they didn’t get what they wanted, they didn’t have any reason to keep us around much longer. He saved the lives of me and my crew.”