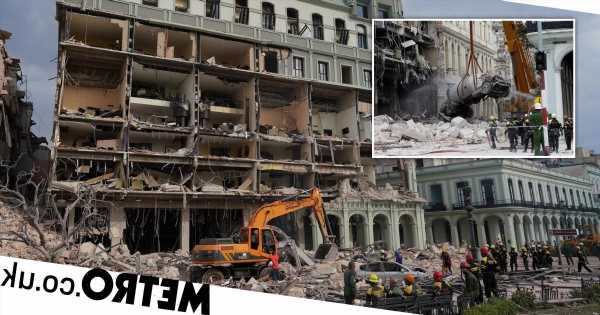 A suspected gas leak has caused the deaths of 22 people in Cuba.

The Hotel Saratoga, in Havana, was destroyed by a massive explosion yesterday.

The luxury hotel, which has hosted the likes of Beyoncé and Jay-Z, had been undergoing renovation work at the time.

It had planned to reopen on Tuesday.

Rescuers worked through the night in a bid to find survivors beneath the rubble and debris.

Today, the death toll following the blast was confirmed to be 22 – with a pregnant woman thought to be among the victims.

Dozens of people have been also been injured, and taken to hospital with serious injuries.

Due to the renovation work at The Hotel Saratoga, no guests were within the building at the time of the blast. 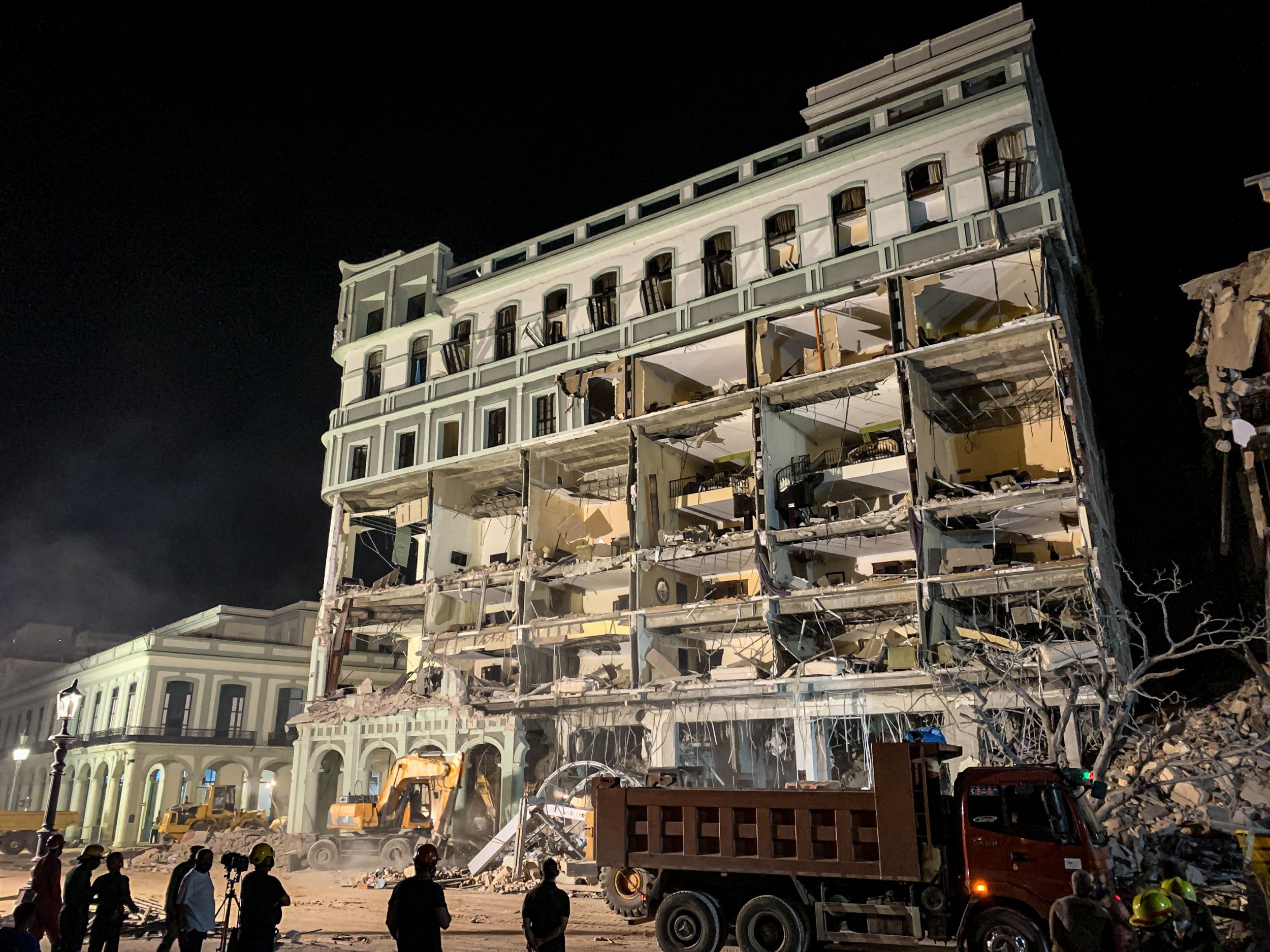 It is believed a natural gas leak caused the explosion.

He told Cuban television 50 adults and children had been taken to hospital.

Ms Avellar told reporters she was trying to find Odalys Barrera, a 57-year-old cashier who has worked at the hotel.

She said she was the godmother of Ms Barrera’s daughters and considers her to be ‘like a sister’.

The identities of those who died in the blast have not yet been released.

A Foreign, Commonwealth & Development Office spokesperson said: ‘We are aware of an explosion in Havana and are in contact with the Cuban authorities to establish further details.

‘The Embassy remains available to assist any British nationals impacted by the explosion.’

Although no tourists were reported injured, the explosion is the latest blow to the country’s tourism industry.

Even before the coronavirus pandemic kept tourists away from Cuba, the country was already struggling with the sanctions imposed by former US president Donald Trump and kept in place the Biden administration.

The sanctions limited visits by US tourists to the islands and restricted remittances from Cubans in the US to their families in the country.

And, prior to the war, nearly a third of tourists arriving in Cuba were from Russia.

The 96-room Hotel Saratoga, located in the historic centre of Old Havana, had been remodelled after the fall of the Soviet Union.