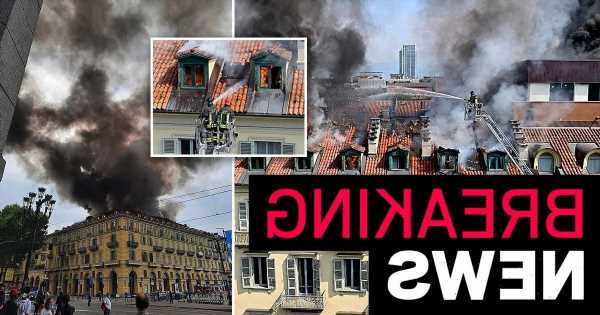 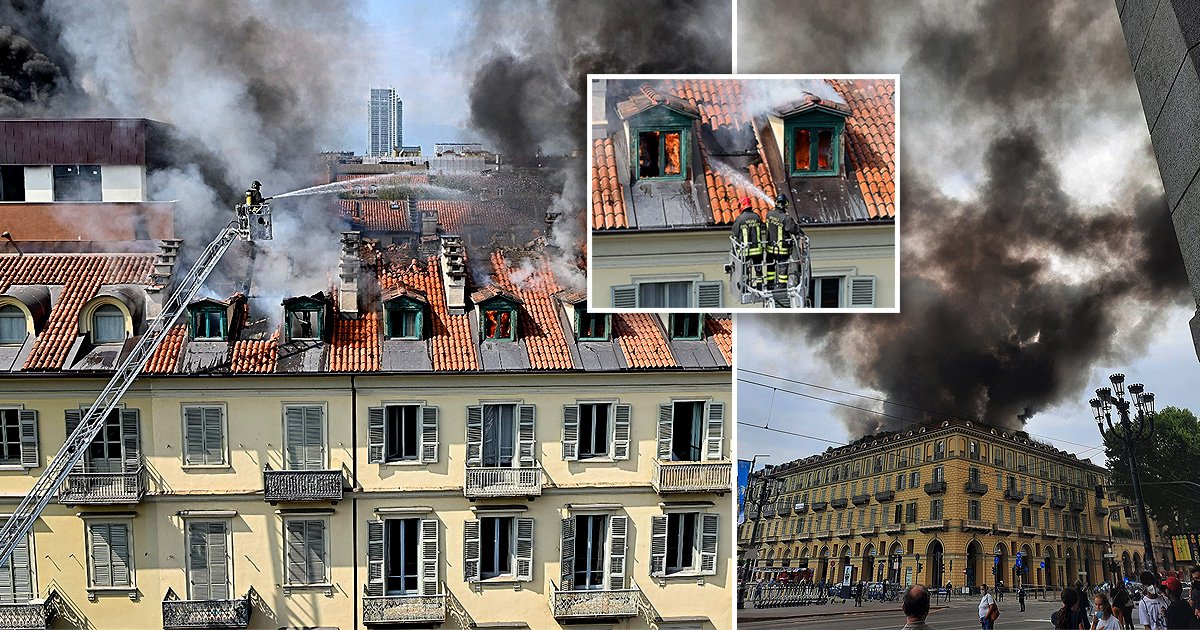 A major fire has broken out in the centre of Turin, forcing around 100 people to be evacuated from their homes.

The fire started in the attic of building close to the main train station of the northern Italian city and soon spread to adjacent properties.

Dozens of firefighters are still looking to control the blaze hours after they were had arrived on the scene.

As well as people’s homes, some shops in the area were also cleared out to keep people safe.

Local fire chief Agatino Carrolo said: ‘The situation is critical. The fire is raging and we are trying to create a barrage with the hoses, but it is a very difficult to reach it at that height.’

Five people were reported to be injured, including slight burns and grazes, but none had life threatening injuries, according to local media.

Police said they believe a welder working on a safe might have inadvertently sparked the fire, which sent thick black clouds high into the sky above the city centre.

The Turin blaze came less than a week after a fire gutted a luxury apartment block in the nearby city of Milan.

This is a breaking news story – more to follow.