HUNDREDS of rowdy Brits are already posting outrageous Magaluf snaps in a bid to get the summer holidays starting early.

Clubbers can be seen pouring out of parties and swigging from cans and plastic cups through the streets of Mallorca. 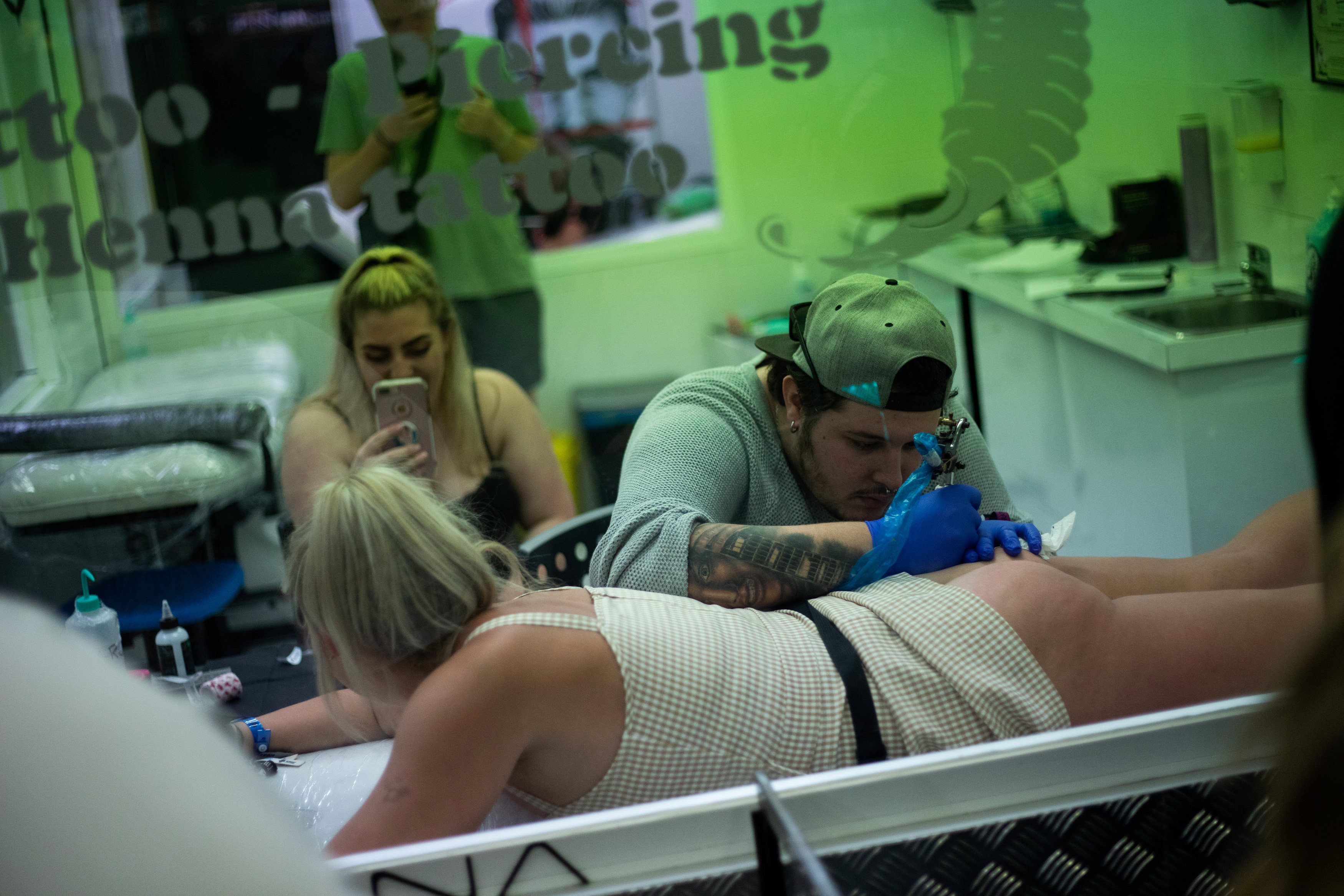 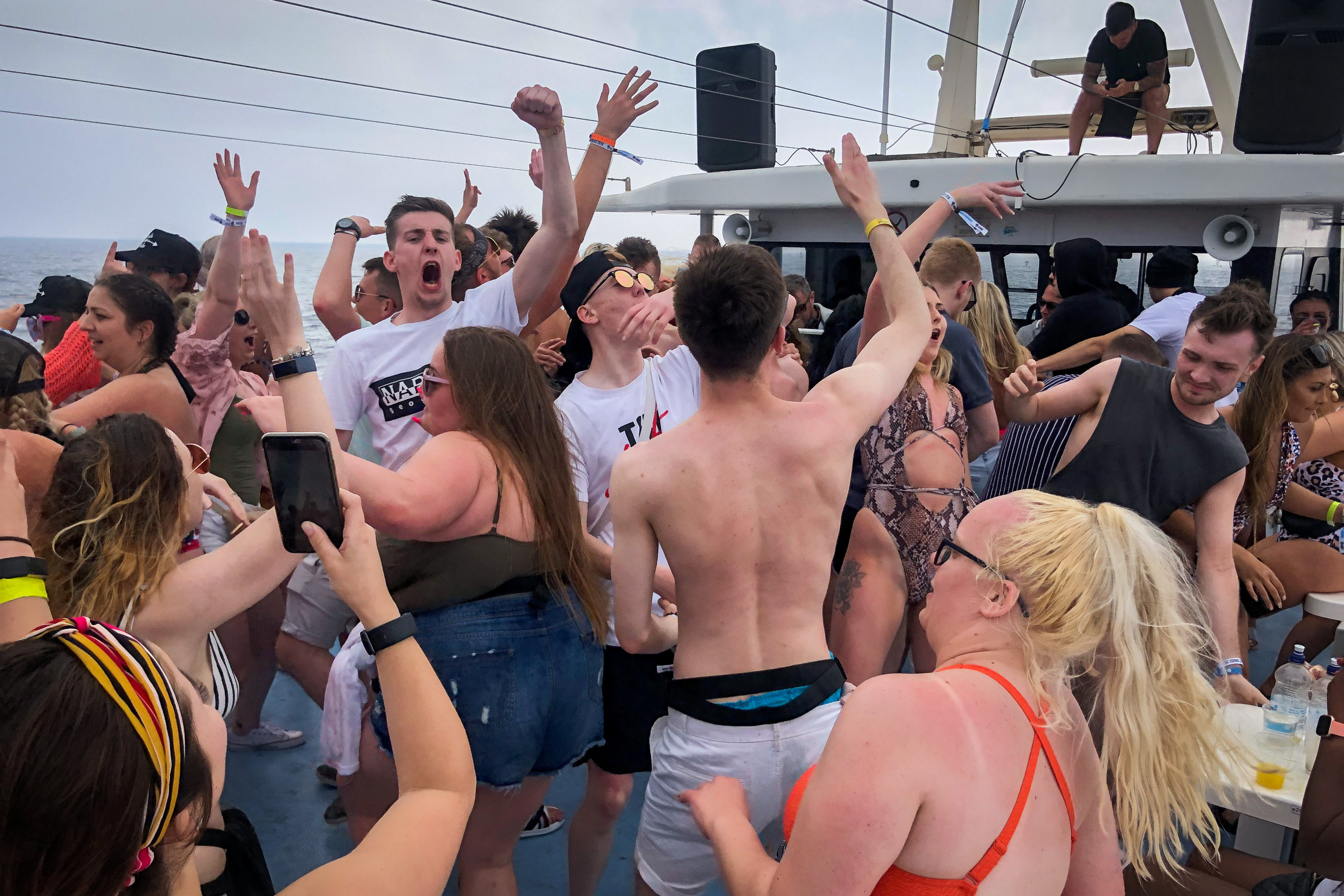 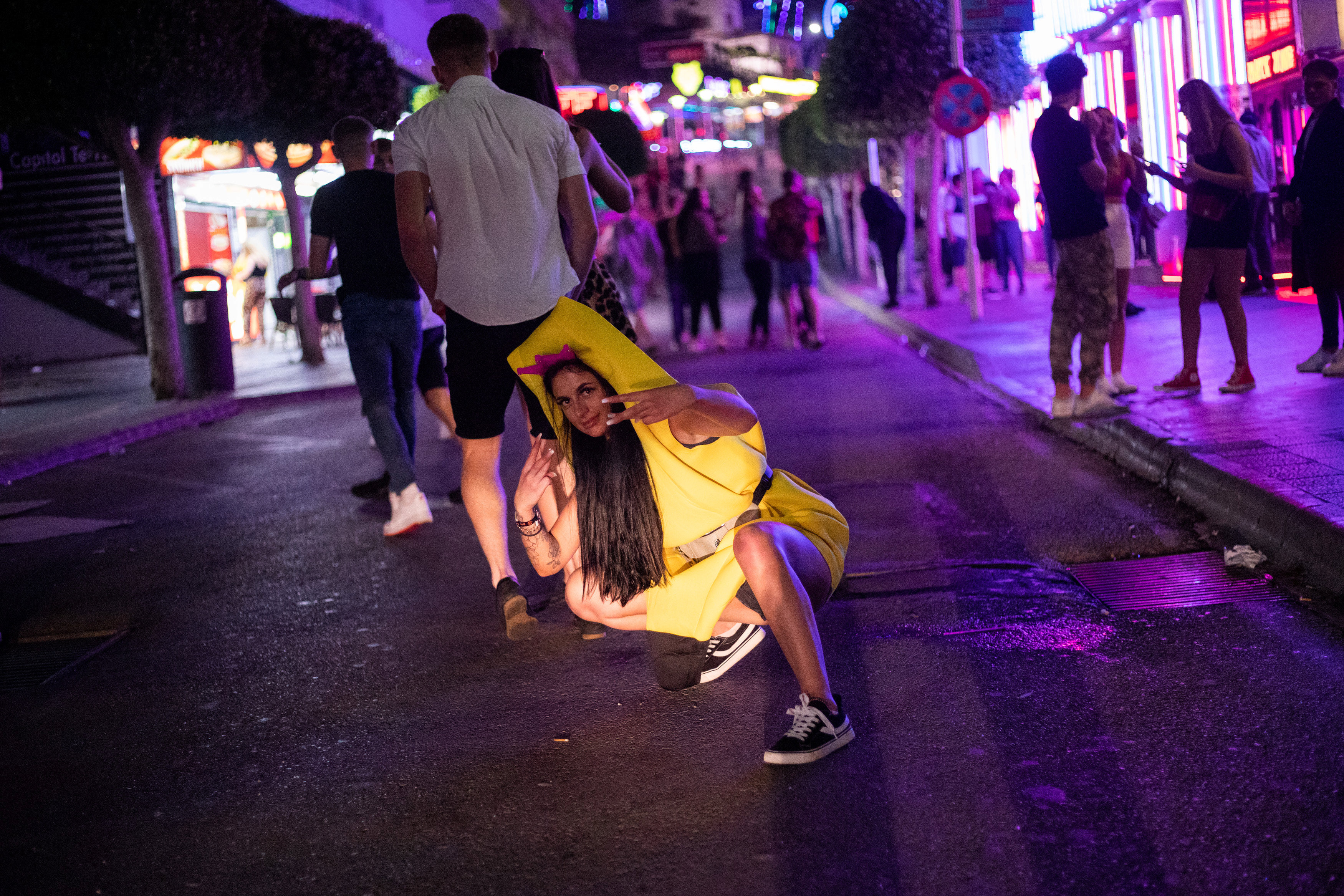 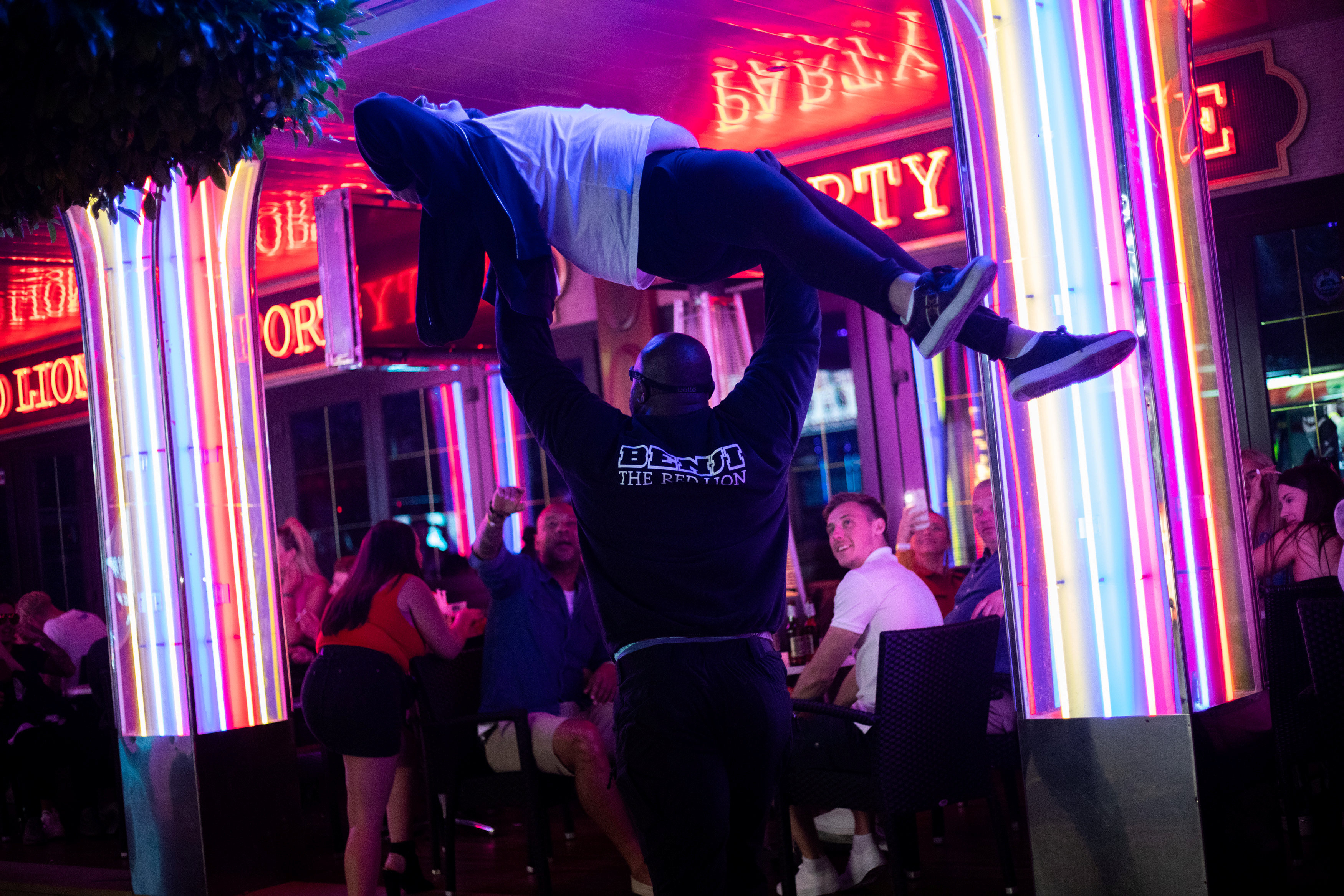 Brightly-coloured signs could be seen mounted on lamp-posts with the words 'Have fun with respect' alongside warnings that punters faced hefty fines for breaking local laws.

But despite bans on drinking in the street hundreds of clubbers could be seen swigging from cans and plastic cups along the pavements.

By 4am some party goers struggled to stay upright and others decided to forego their heels, walking home or eating takeaways while wandering the strip barefoot. 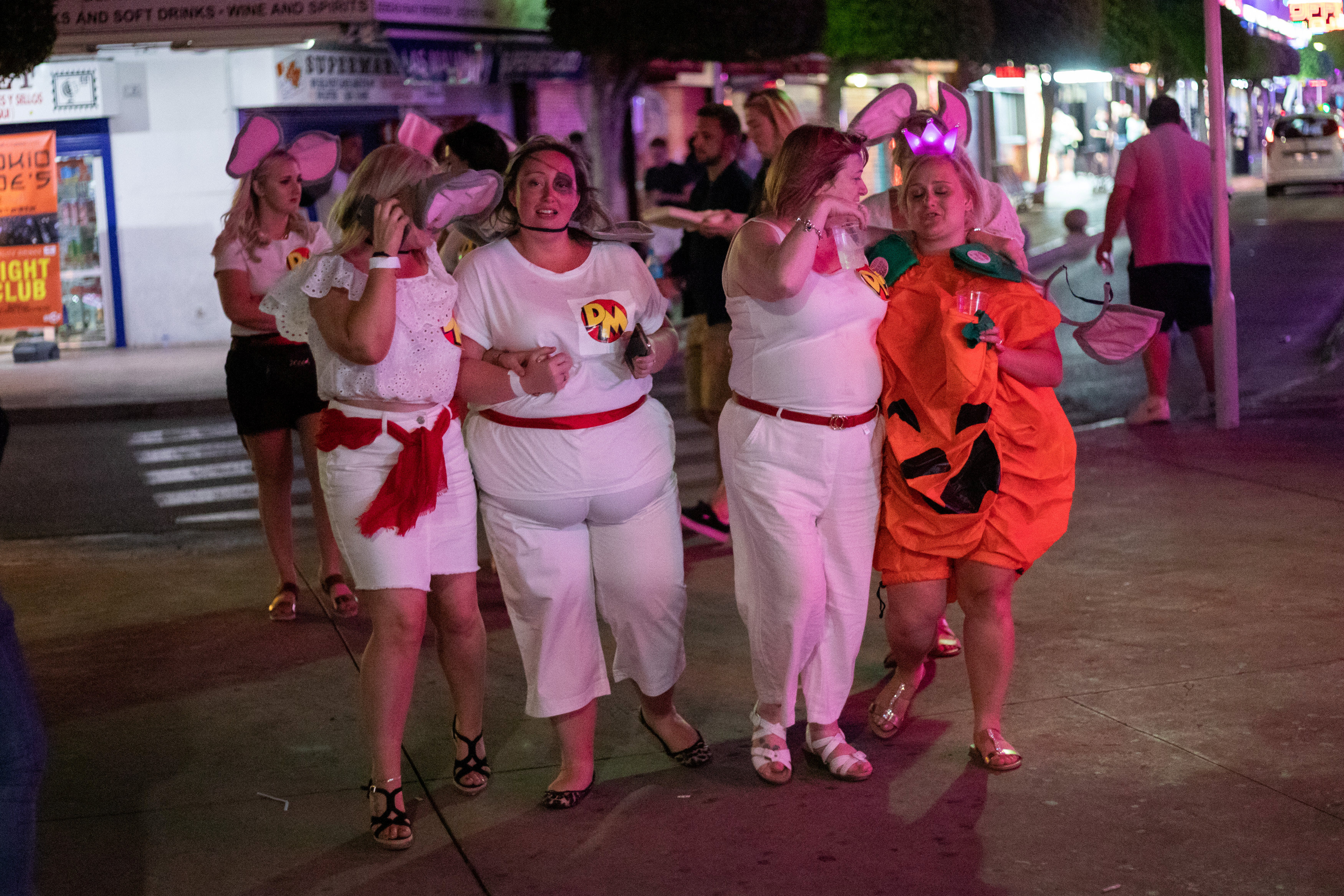 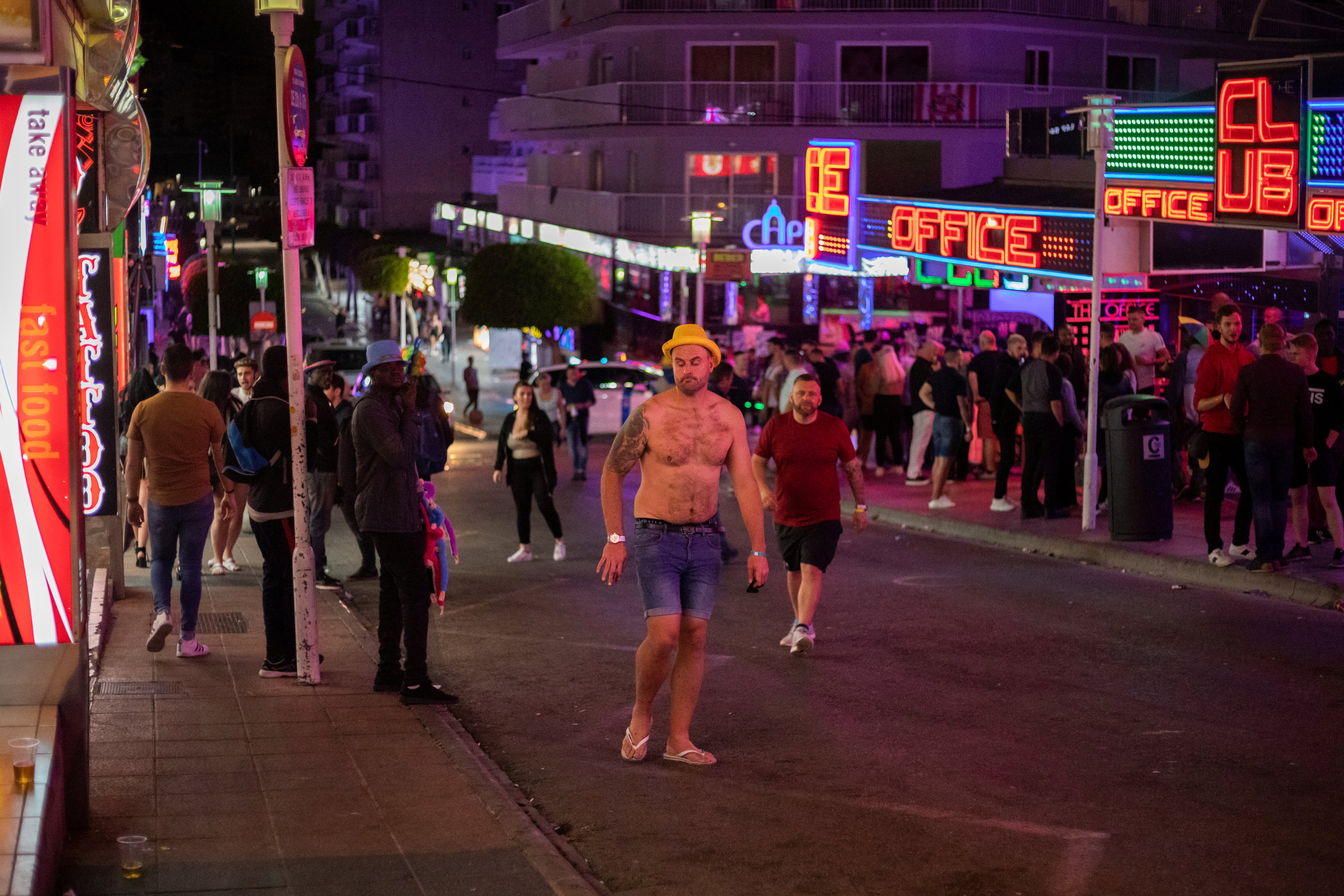 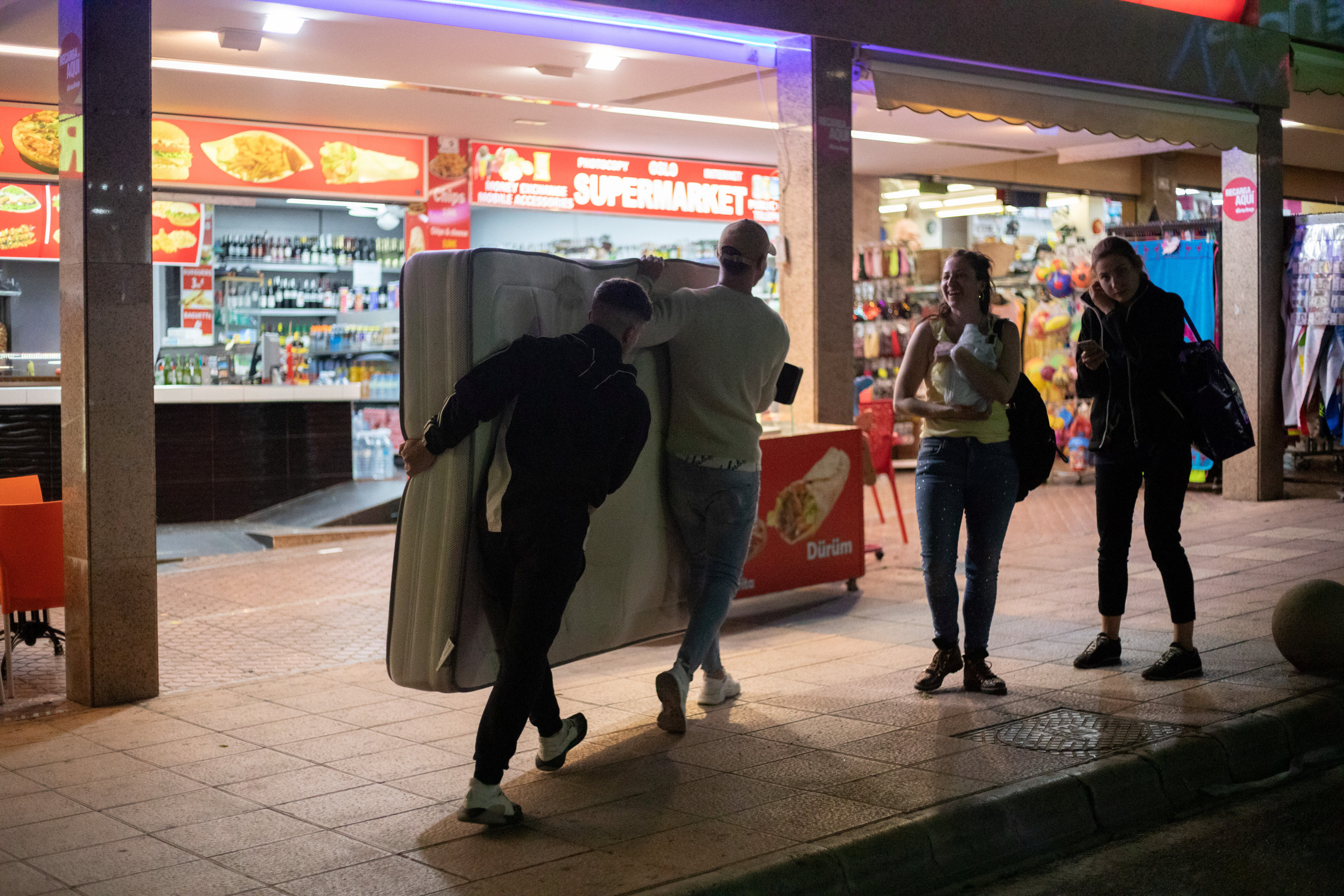 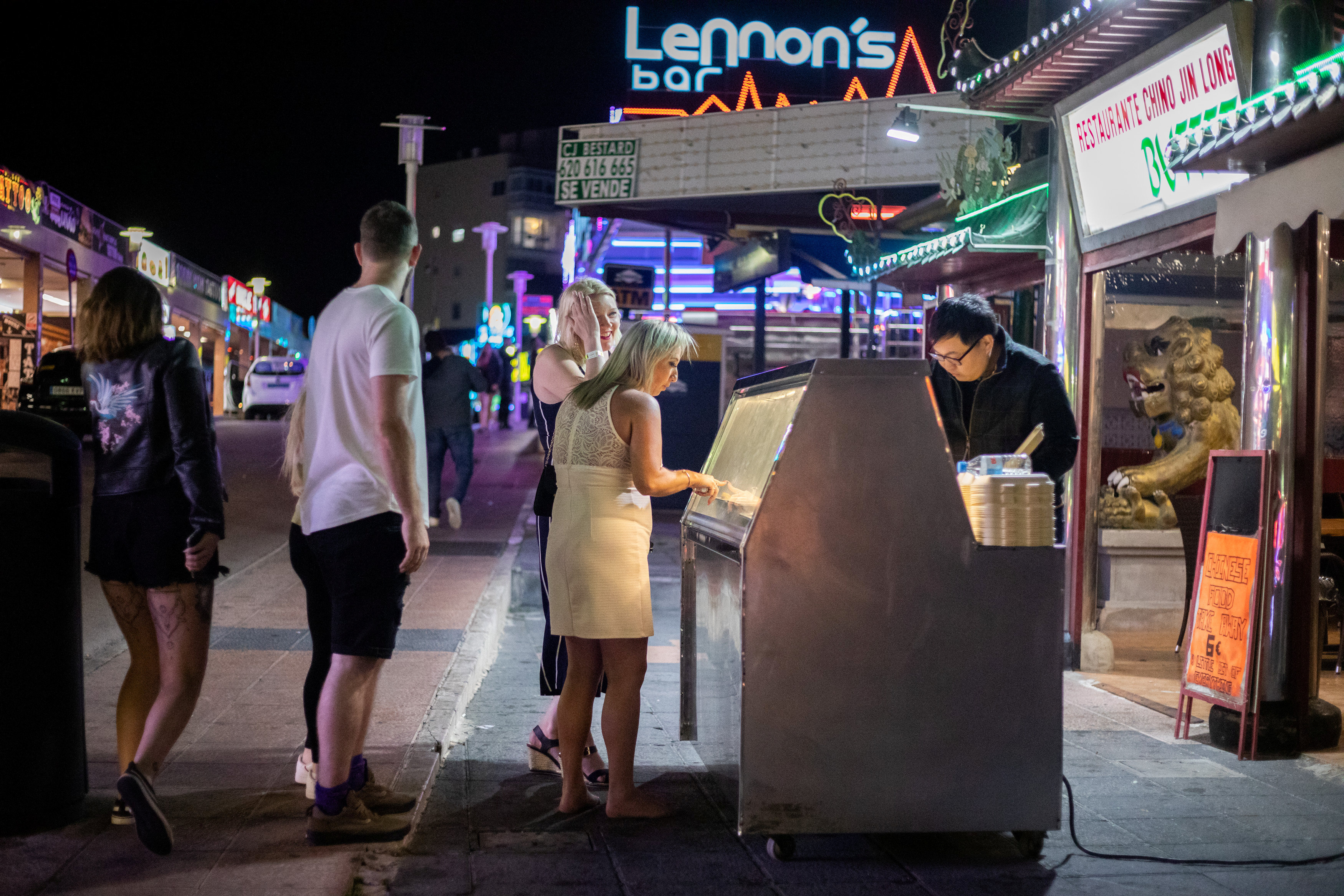 Stags and hens filled karaoke bars and pubs, toting fancy dress costumes and downing cocktails before staggering off back to their hotels by taxi in the early hours.

In one tattoo parlour a blonde-haired young woman, believed to be a club rep, queued up to be inked – on her backside.

The woman hitched up her dress to reveal her bare bottom before the tattoo artist went in with a needle – to ink her pal's name.

A small crowd formed outside the glass window to film the inking. 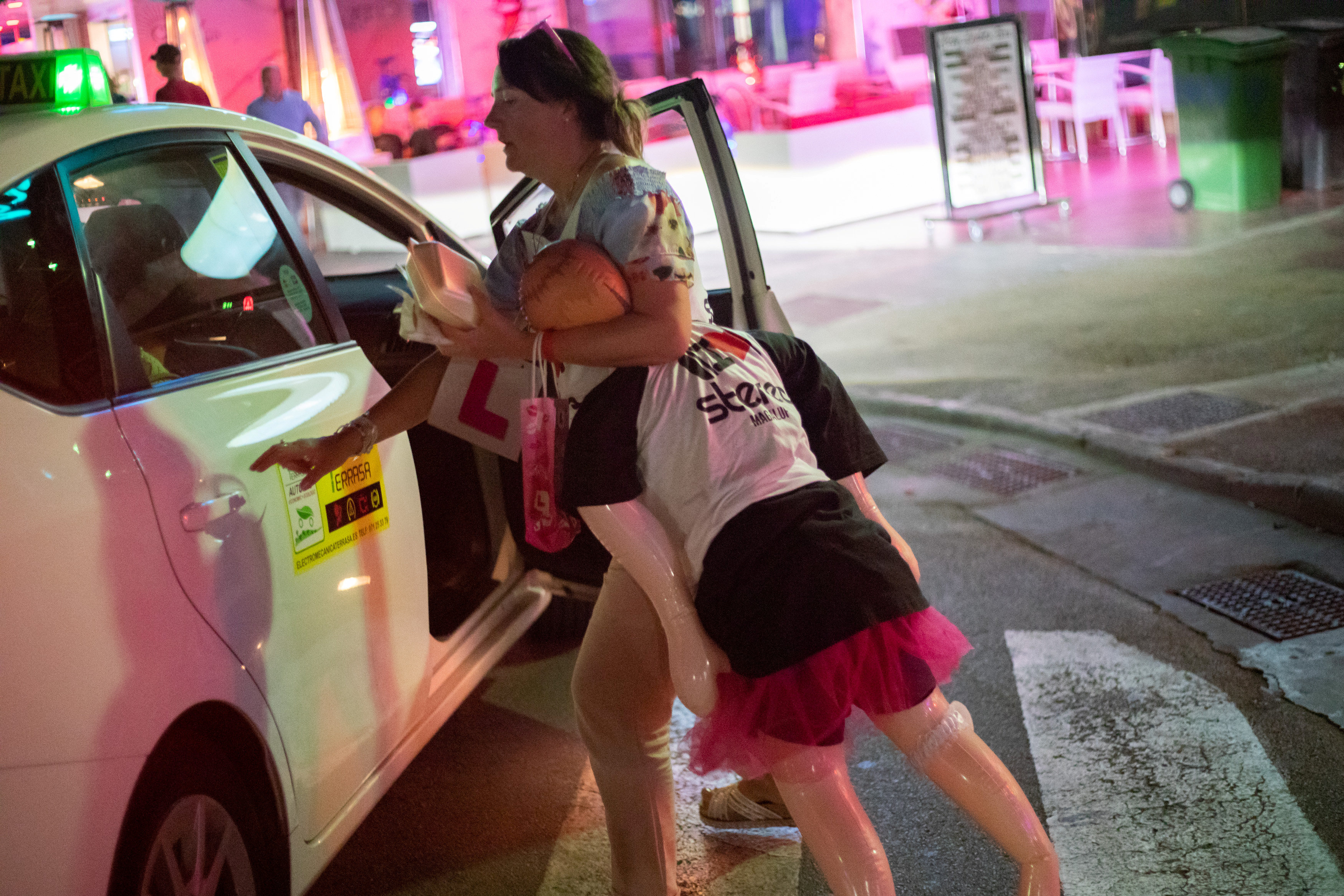 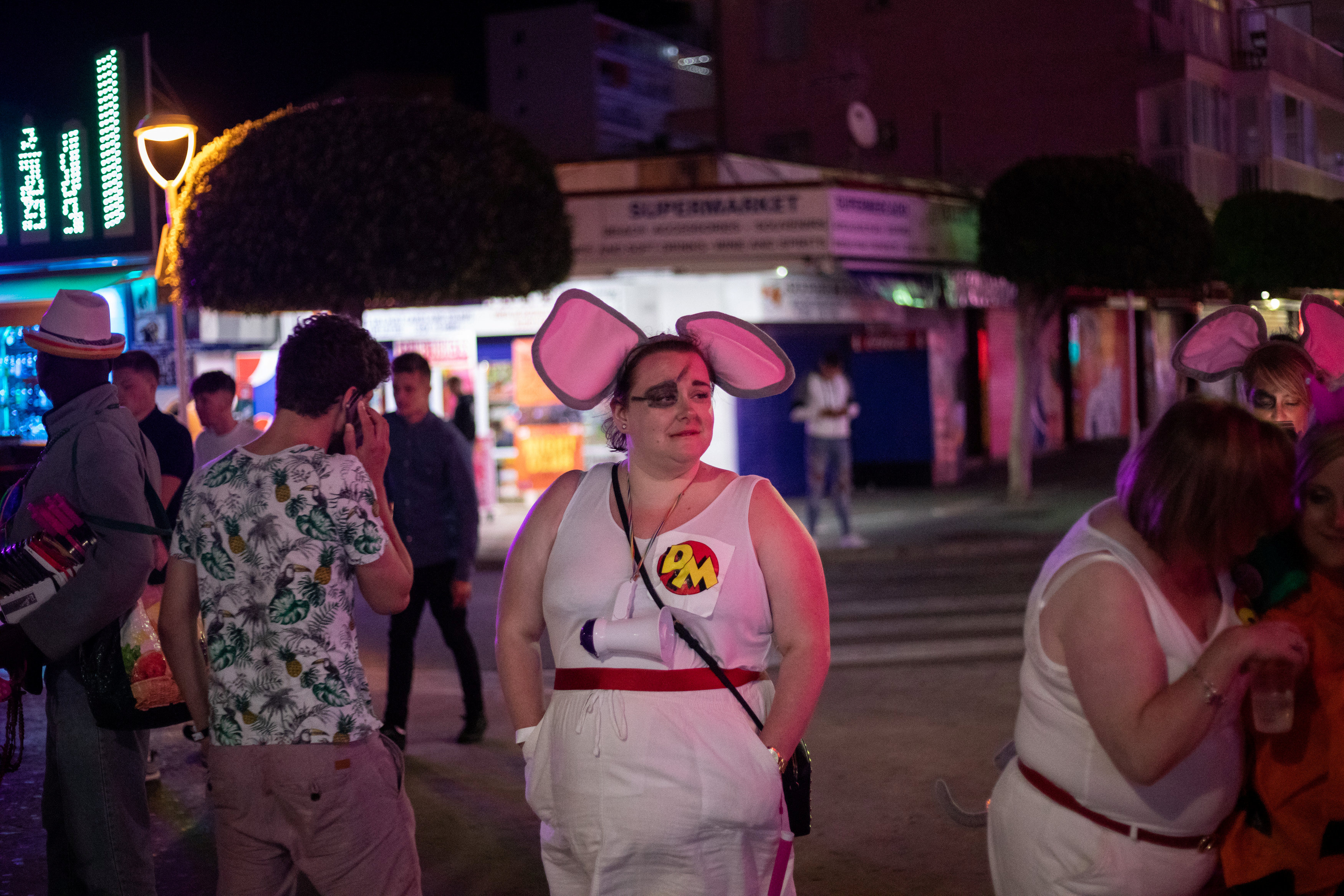 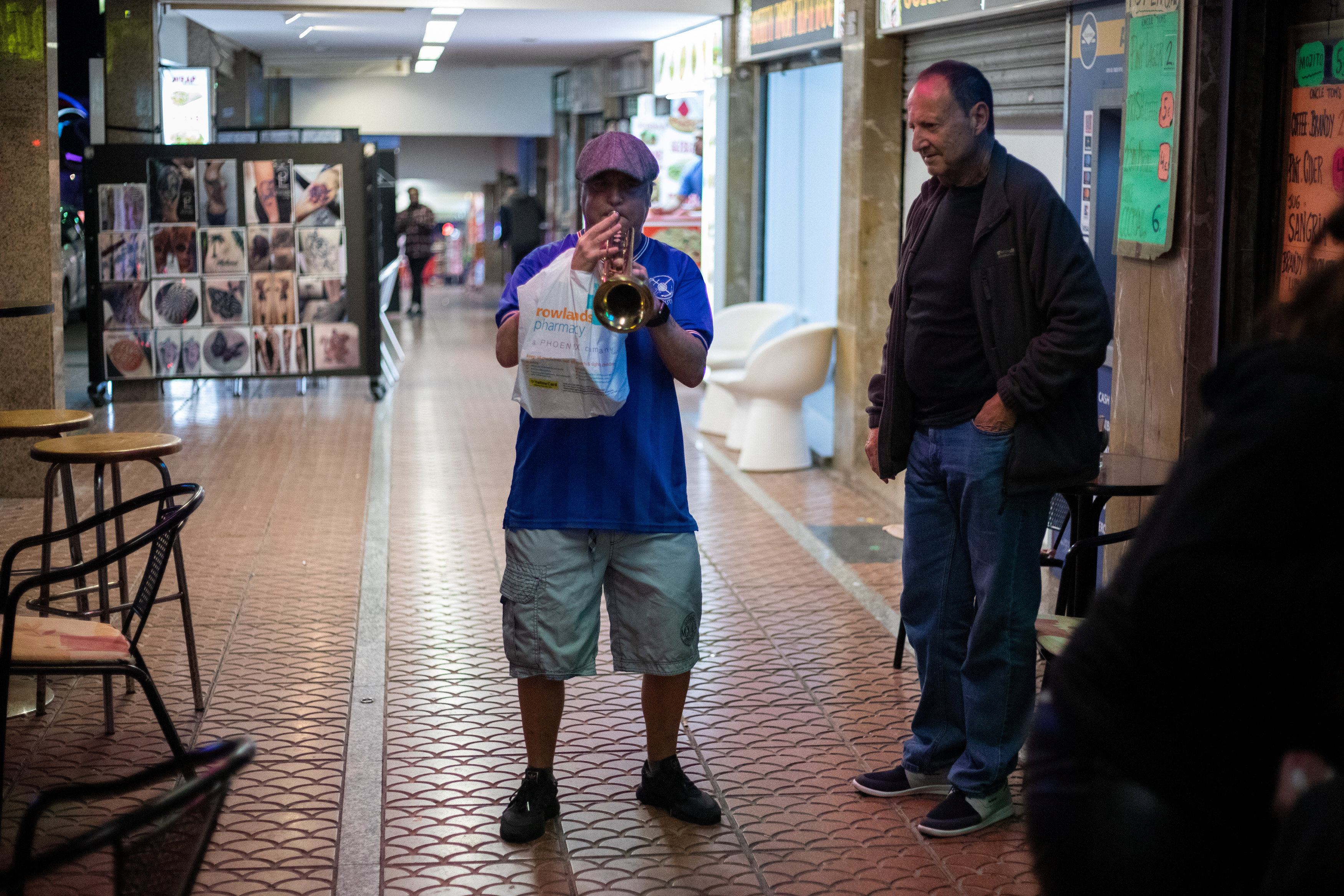 Another club rep, named only as Jaden, claimed the woman and another friend were having his name tattooed on them.

Pointing to his own tattooed arms he said: "They are both having my names tattooed on me.

"I'm a rep here and we are friends through being reps. She's having my name tattooed on her arse." 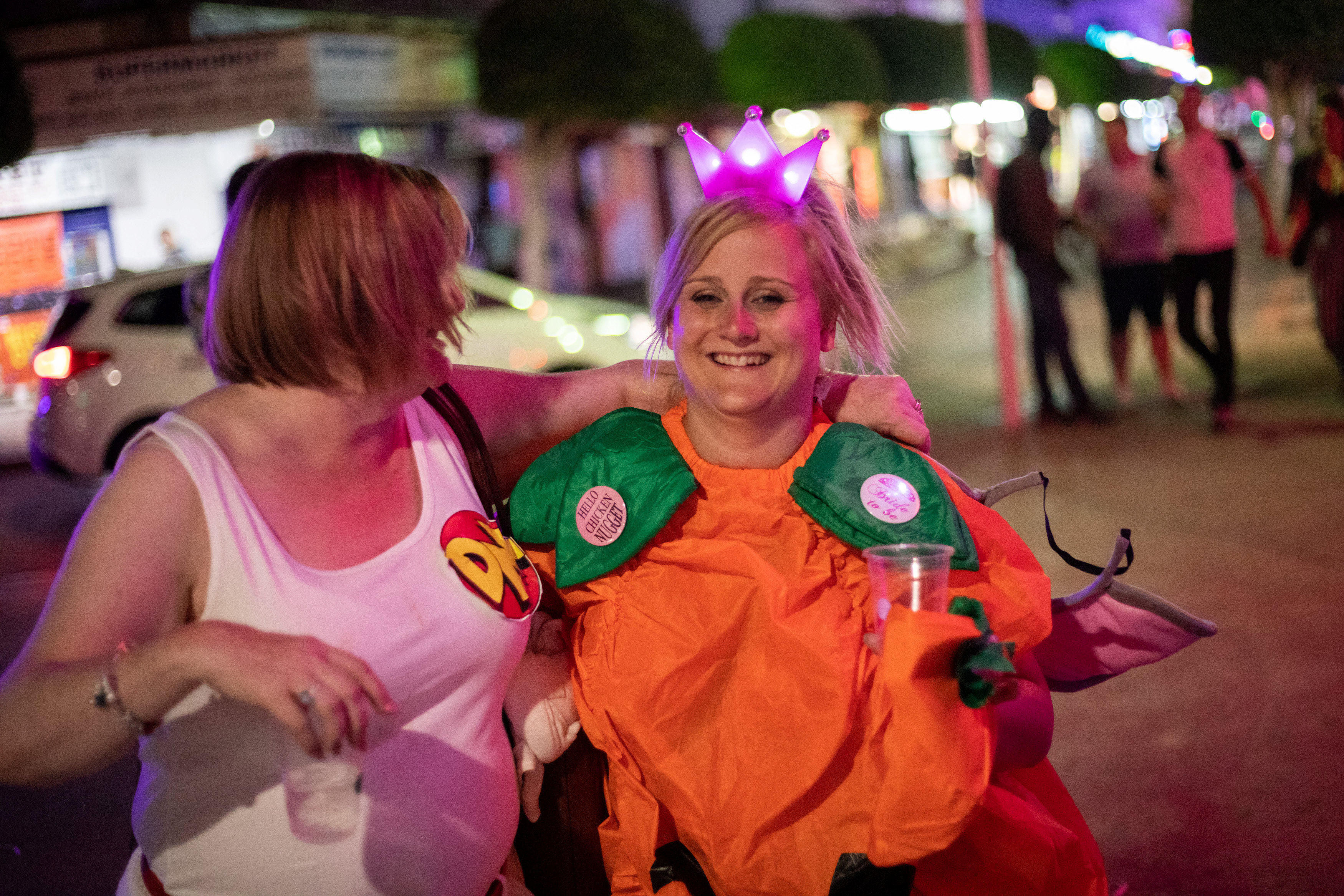 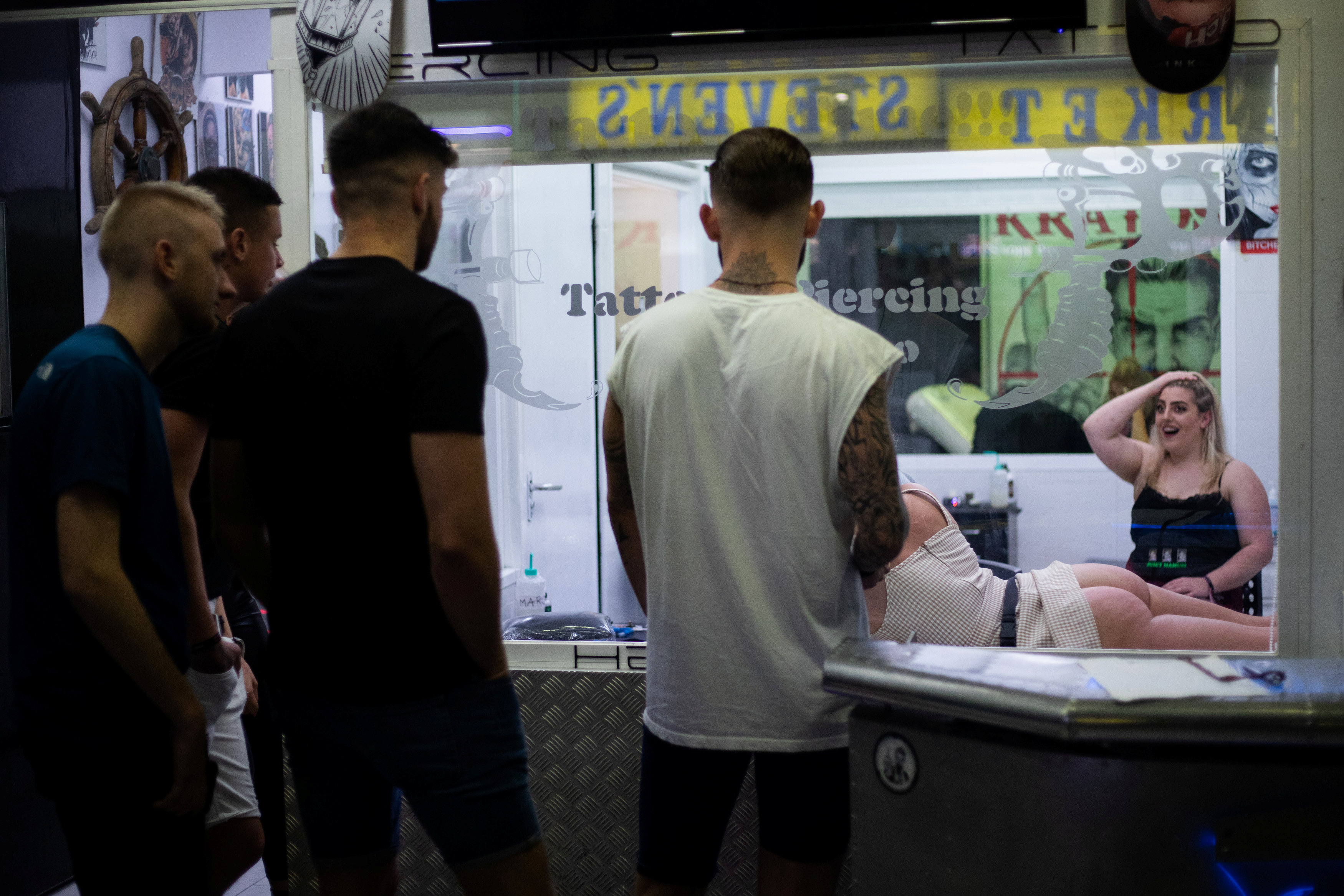 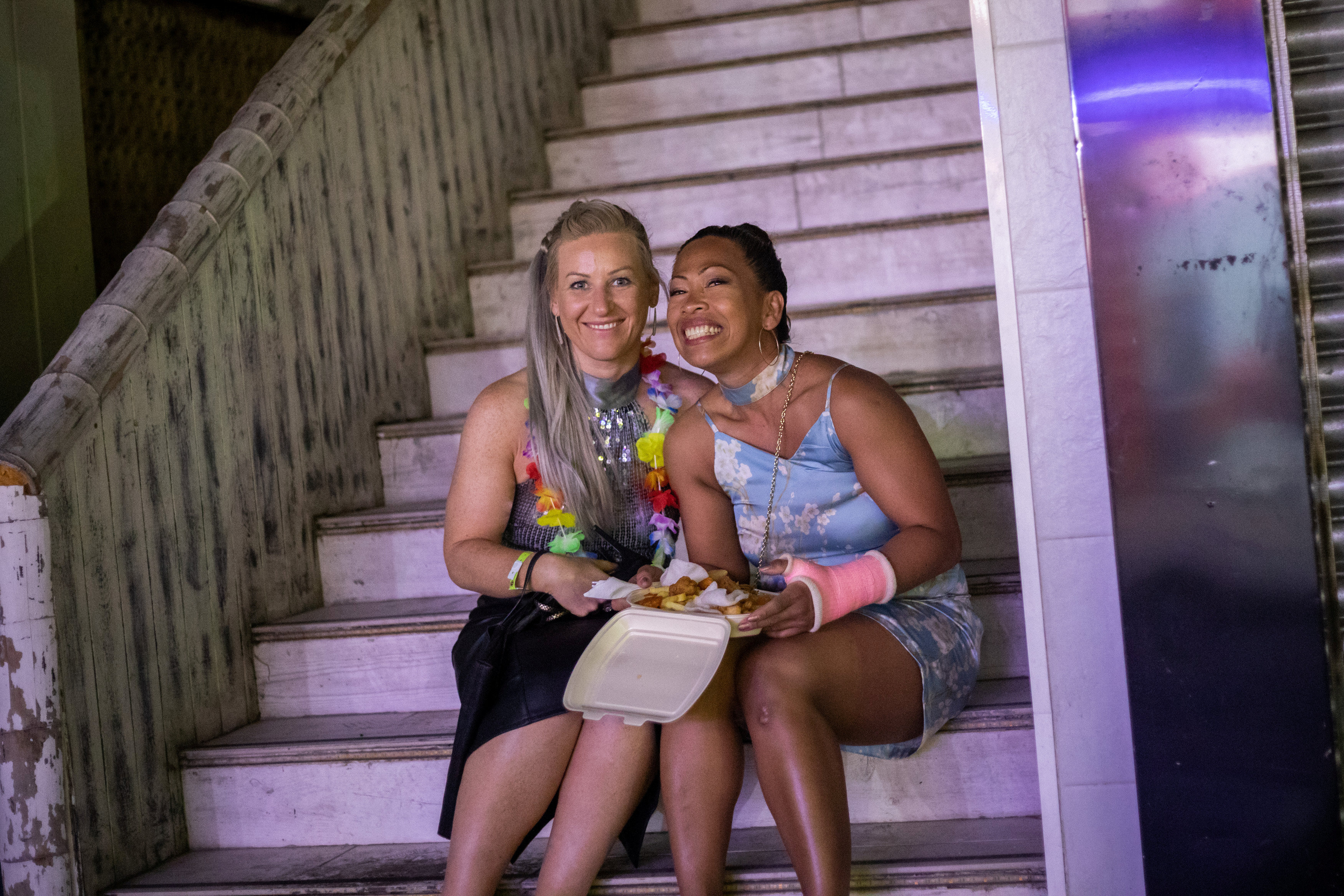 At one pub a holiday goer was effortlessly lifted like a barbell by a security guard to the raucous applause of the rest of the bar.

Elsewhere a man dropped to the street to impress a friend with his push-ups as taxis veered past him.

On the Sunset Booze Cruise – which has become infamous in recent years for encouraging attendees to take part in sex games in return for free alcohol – was a more reserved affair this year.

The £2 million yacht set sail on Wednesday carting over 100 people around the island for a two-hour binge session.

Both staff and clubbers were keen to show off their toned muscles on the Maga strip.

Unlike past years, the organisers did not arrange the lurid games or competitions the boat trip was once associated with.

Ticket-holders instead enjoyed an uneventful sail around the island with a live DJ set and were briefly sprayed with a bottle of champagne. 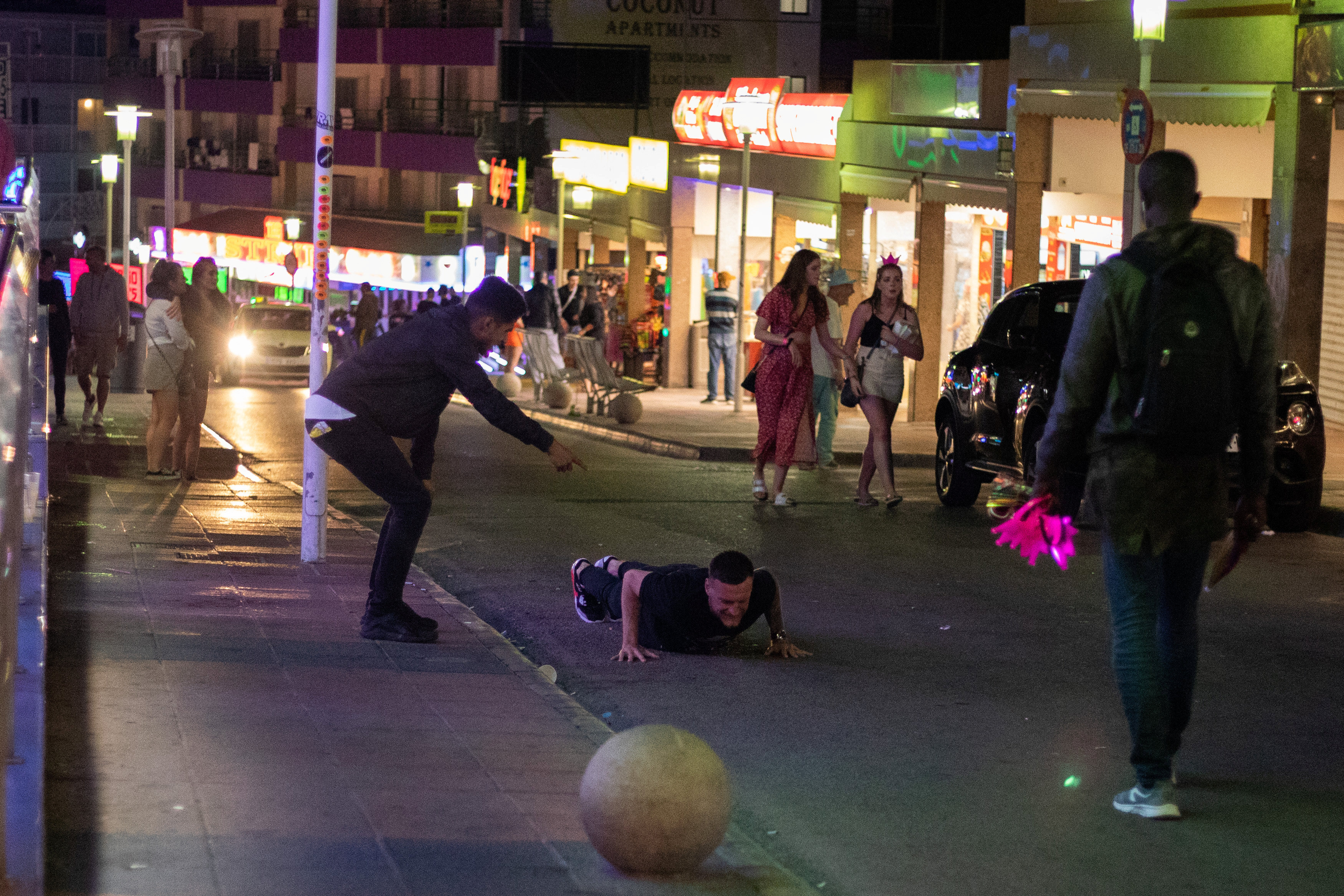 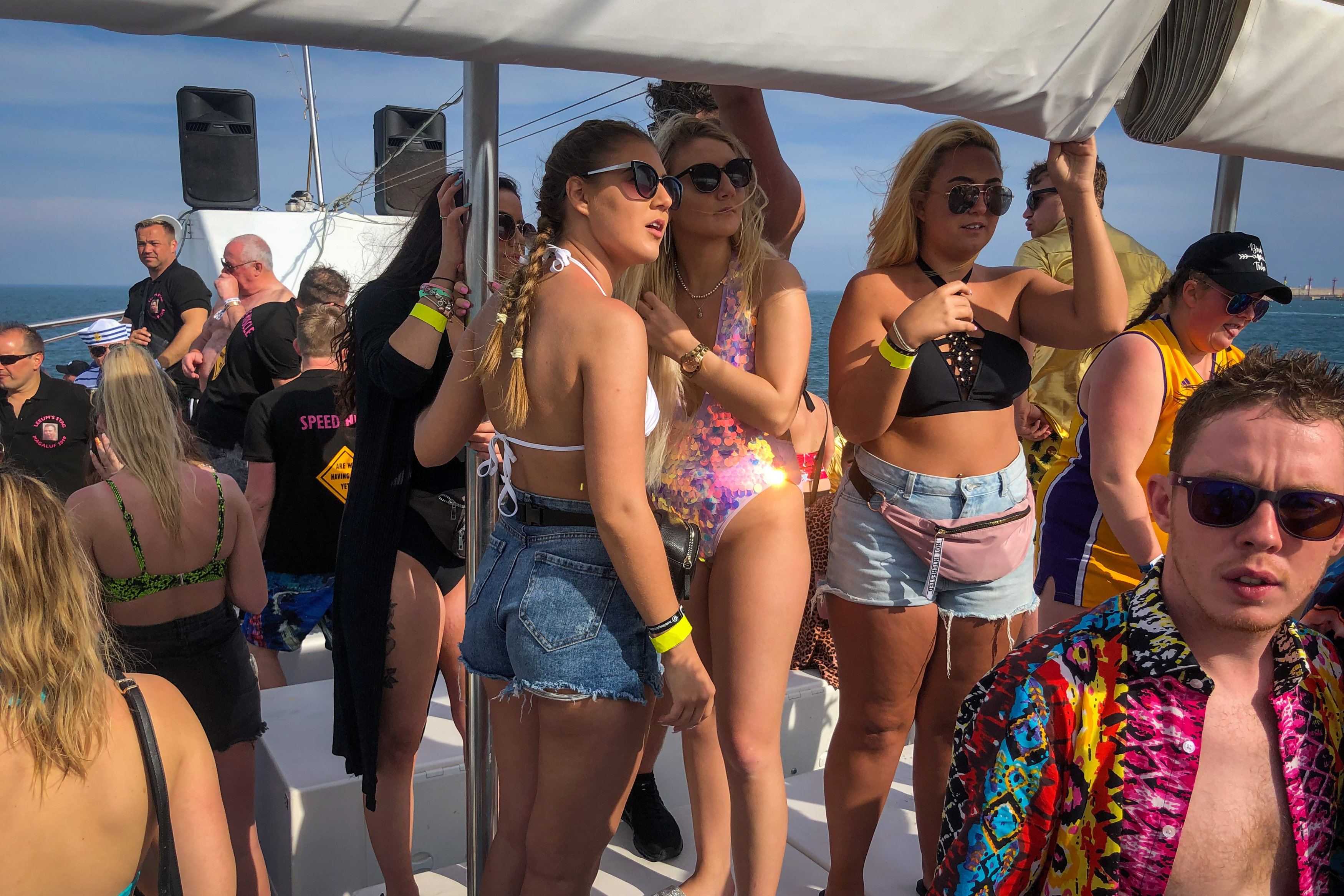