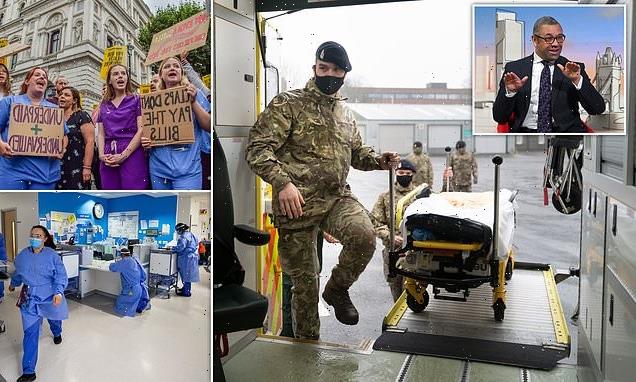 Now the Army is sent in to hospitals: Hundreds of troops will be deployed THIS WEEK to help out the NHS ahead of a fortnight of industrial action as winter healthcare crisis looms

Hundreds of troops will be deployed to hospitals this week to help maintain vital services during a fortnight of reckless strikes in the run-up to Christmas.

Military personnel will begin emergency training at hospital trusts across the country to allow them to drive ambulances during a planned walkout by paramedics next week.

Ministers will tomorrow convene the Government’s emergency Cobra committee to finalise contingency plans for dealing with a planned strike by nurses on Thursday, and fresh walkouts by rail staff and postal workers aimed at crippling the country as Christmas approaches.

Troops are already being trained to step in for Border Force airport guards, who are threatening days of disruption timed to wreck families’ plans to get away for the festive period. 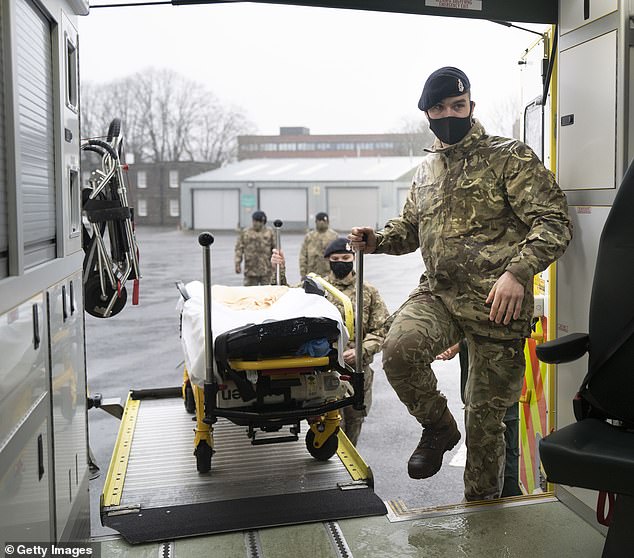 Training: Soldiers may be called on to drive ambulances 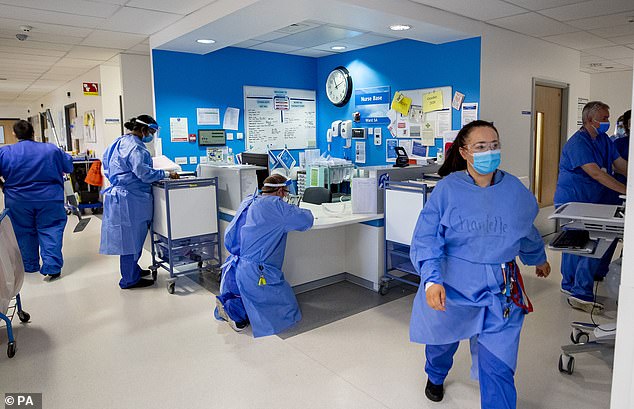 Highways staff are also planning to walk out in a series of rolling strikes designed to cause disruption on the roads.

And the British Medical Association (BMA) yesterday warned that a strike by junior doctors in pursuit of a 26 per cent pay demand was ‘very likely’.

As Britain tonight faced its worst winter of industrial strife for decades:

He said: ‘The stance the unions have taken will cause disruption for millions of hardworking people over the coming weeks.’

Mr Dowden, who will chair Cobra meetings on strikes today and on Wednesday, said ministers were working to keep disruption ‘to a minimum’, but acknowledged that key services would suffer. 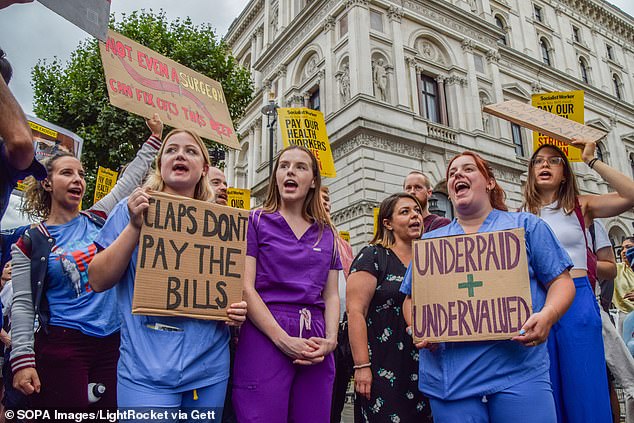 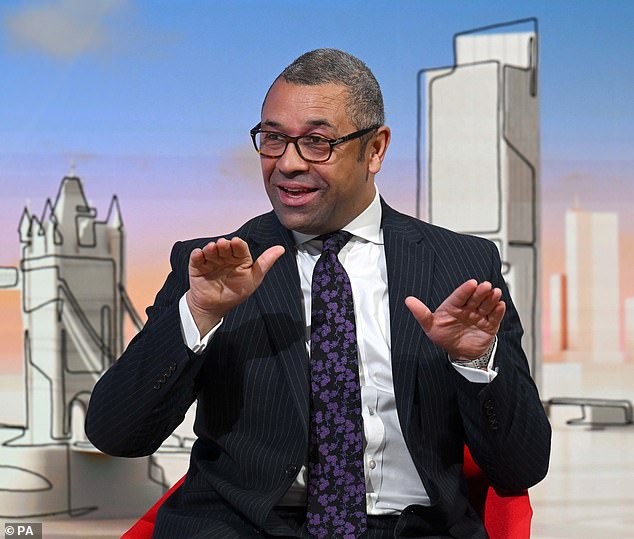 He said that funding inflation-level pay rises for the entire public sector would cost the taxpayer £28 billion, equal to almost £1,000 per household.

‘Of course we want to ensure that people are paid fairly, but what isn’t fair is for union bosses to put people’s livelihoods at risk in order to push their pay demands to the front of the queue,’ he said. ‘Nor would it be fair to ask families to pay an extra £1,000 a year to meet the union demands.’

The Royal College of Nursing, which was seeking a 19 per cent pay rise, yesterday indicated that it knows its demands are unreasonable, with sources saying the union would settle for increases at or even below inflation.

Mr Barclay said it was inevitable that patients would suffer. He told The Sun: ‘In a winter when we’re worrying about Covid, flu and Strep A – on top of the Covid backlogs – I am deeply concerned about the risks of strike action to patients.’

Sir Stephen said there was ‘trouble brewing this winter’ for the NHS, but patients needing urgent care would still get seen.

Emma Runswick, deputy chairman of the BMA Council, said junior doctors had suffered a real-terms pay cut of 26 per cent since 2008. Challenged over the scale of the extraordinary pay demand, she told Sky News: ‘It’s only as steep as the money that has been cut from us.’

Mr Cleverly confirmed that the Prime Minister was working on measures to tighten strike laws, including potentially expanding the ban on police officers striking to other emergency services.

‘It is the first duty of the Government to make sure that people are protected,’ he told Times Radio.