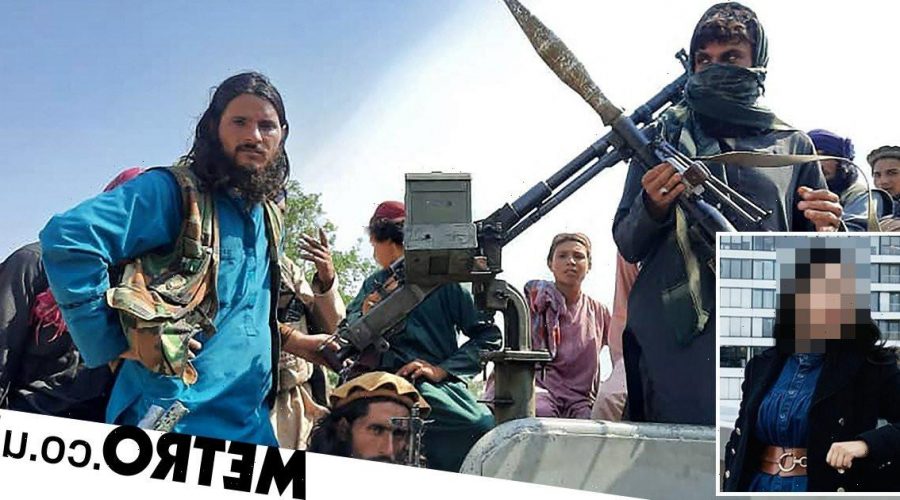 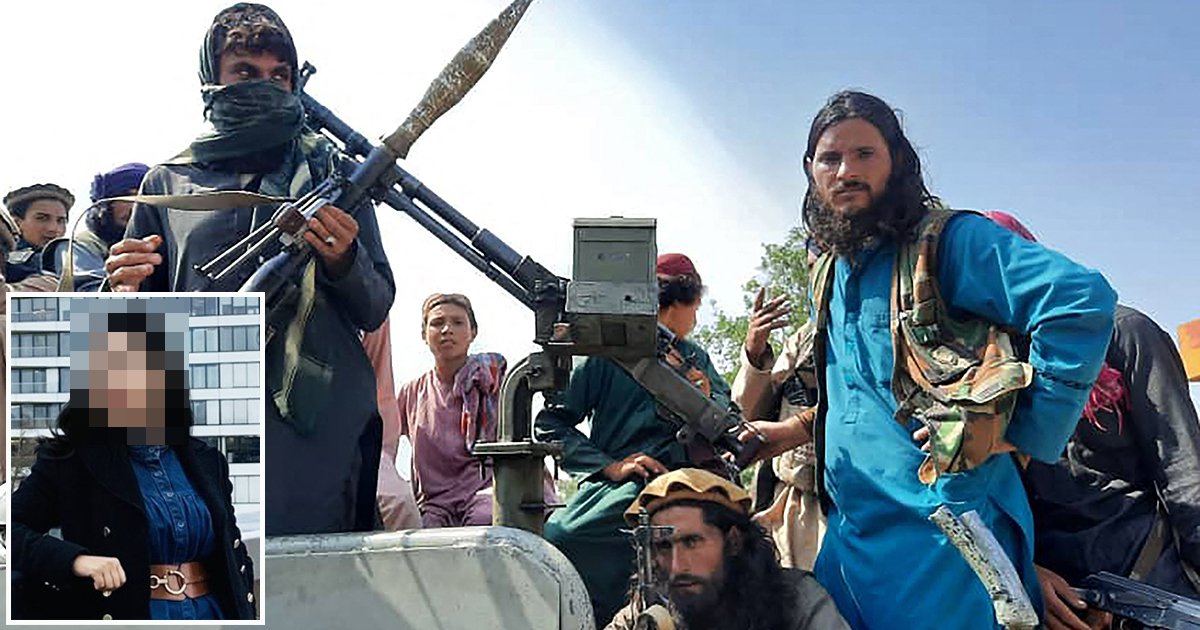 An Afghan woman living in the UK fears her all-female family will be sexually abused and forced to marry Taliban soldiers after they failed to escape the country before foreign troops left.

Zulfia, who wanted to be known only by her first name, desperately tried to get her grandma, mum and two sisters on an evacuation flight out of Afghanistan, but claims her calls to the Home Office went unanswered.

The four women live with no man in the house following the death of their dad in May, and have not been outside since the Taliban takeover two weeks ago.

Zulfia fears they are at risk of sexual violence from the militants, who previously ruled Afghanistan with a brutal form of Sharia law that saw women confined to the home and banned from leaving without a male chaperone.

Now living in south Wales, the 32-year-old academic has heard harrowing stories from friends on the ground that suggest a return to those dark days.

She told Metro.co.uk: ‘The Taliban has started manhunts for people who worked with other governments and international organisations.

‘My fear is, what if they come to the house and find there is no man there?

‘In so many provinces they have actually forced women to get married to them or sexually assaulted them.

‘My sister has worked for international organisations. If that’s a man you know they will face persecution but because my sister is a woman… she could be sexually assaulted.

‘My mother, my younger sister and grandmother are all in that house, [the Taliban] could do anything.

‘The thought of four women being alone is just terrifying. I have lost sleep over it.’

Zulfia first moved to the UK for her studies in 2012, seeking asylum two years later as the conflict in her homeland worsened.

And after the Taliban took over she spent days trying to get through to the Home Office in the hope that her British citizenship, and her family’s vulnerability as an all-female household, would make them eligible to be evacuated.

But by the time her calls were finally answered, a terror attack at Kabul airport left over 170 people dead, and the rescue mission came to an abrupt end.

The British Government has promised to take in 20,000 refugees from Afghanistan long-term, but there is still no information on how to apply or what safe routes are available.

Zulfia critised the lack of urgency, expressing her fears that Afghanistan could soon descend into civil war and become a safe heaven for terrorists.

‘They are saying they will take 20,000 refugees but there is no action plan in place. They don’t tell you how and they don’t give you the eligibility,’ she said.

‘They have said they will take people from a third country rather than Afghanistan itself. Well, how is that going to work?

‘Pakistan said it will not accept more refugees, the same applies with Tajikistan and Uzbekistan, so the UK is being very idealistic. It feels like a false promise.’

Although she can provide a safe home for her family in Wales, Zulfia fears there is no way they will ever be able to leave the country without Western assistance.

She said women and girls should have been prioritised during the evacuation mission as it will be much harder for them to leave Afghanistan by land than men.

Zulfia was only seven when she first fled the Taliban in 1996, but she still remembers the sound of rocket fire as her family made their way to the border with Pakistan, where her dad paid people smugglers to get them across.

She says that route will be even more dangerous 20 years later, especially for lone females.

‘People who are vulnerable like my mother won’t be able to cross the border the way we did back in the 1990s, it was horrible and chaotic.

‘What’s happened right now is worse than then. How are people supposed to leave the country when the Taliban don’t want them to leave? There’s too many restrictions.

‘I don’t see anything happening except slogans and words that they [the UK Government] are going to help Afghans. Well, nobody’s helping them I’m afraid.’

The Taliban said today that Afghans can still leave the country if they have the correct documents – though they urged them to stay to help rebuild the nation.

But Zulfia said there is a ‘paradox’ between what they are telling the world and doing on the ground.

‘I spoke to a friend who said her sister and her children tried to get to the airport in the hopes of fleeing the Taliban and they fired at them,’ she said.

‘Another friend told me there was a family of four kids and a mother and the Taliban shot the mother dead and the children have disappeared.’

Zulfia is also skeptical of promises that women will have rights under the new regime – pointing to remarks made by a leader last week that women will still need a chaperone for trips of more than three days, and that they should stay indoors until soldiers are trained to ‘respect them’.

She said: ‘How are you going to change barbarians to humans that respect women? How long will that take? That could be 20 years, for them to be trained if you look at it from a psychological perspective. They have been brainwashed not to respect women.

‘I often say to my friends that the Taliban are like zombies, once they are bitten you have to give up on them because they stop being human beings.

‘I am so hopeless about the current regime, I don’t think they are going to change one bit.’

She said she hoped speaking out would put pressure on the Home Office to take action now, but admitted she has given up hope on being reunited with her relatives any time soon.

She said she feels like she is watching history repeat itself, recalling how her family returned to Kabul after the Taliban were removed from power in 2001, in the hopes of rebuilding the nation.

Her sisters were able to pursue an education and work, but now feel they have no future to look forward to.

Although they are trying to stay strong, Zulfia said everybody feels terrified for what will become of Afghanistan.

‘I just feel so helpless,’ she said.

‘My dad passed away two months ago, then this happened. It just feels like God is not giving me a break.

‘I cannot sleep at night. I can’t eat. I think I am going to have a mental breakdown very soon.

‘I’m trying to be strong because I have no other option. But it’s the most difficult time, to be honest. It does feel like a living nightmare.’

A Home Office spokesperson said they could not comment on individual cases.

A statement said: ‘The UK has a proud history of protecting people in life-threatening situations and we are determined to help as many Afghans as possible through the Afghan Citizen’s Resettlement Scheme.

‘We will welcome 5,000 Afghans in year one, with an ambition of resettling up to 20,000 in the long term if needed. This is a sustainable intake, in line with most of our international partners. The welfare of every new arrival is vital and the scheme must be run in a way that allows refugees to properly supported in every aspect of starting their new lives.

‘The Government is also helping those who supported British soldiers and their families with the Afghan Relocations and Assistance Policy which is incredibly generous scheme and has been significantly expanded. It is expected to help 5,000 Afghans relocate this year.’