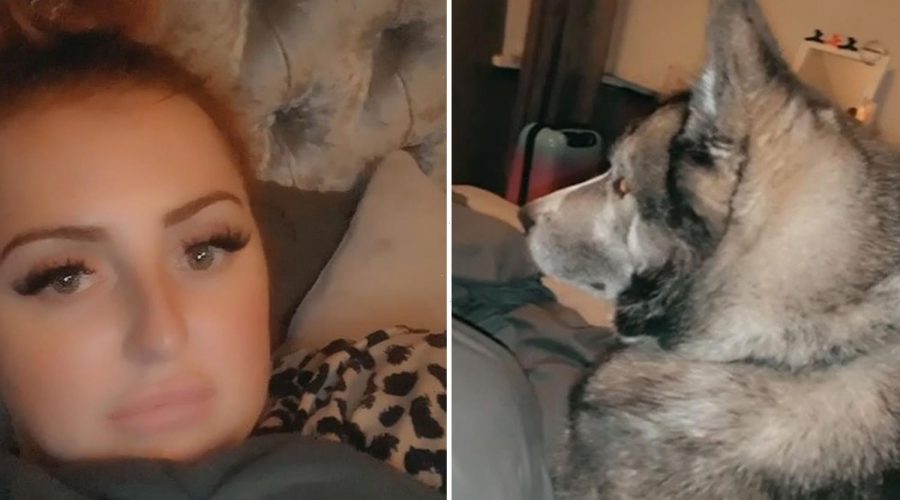 A REVELLER was stunned to wake up from a boozy night out to finda stranger's GIANT DOG in her bed.

Mia Flynn, 28, had downed three bottles of wine at a pal's house on Sunday night before heading home. 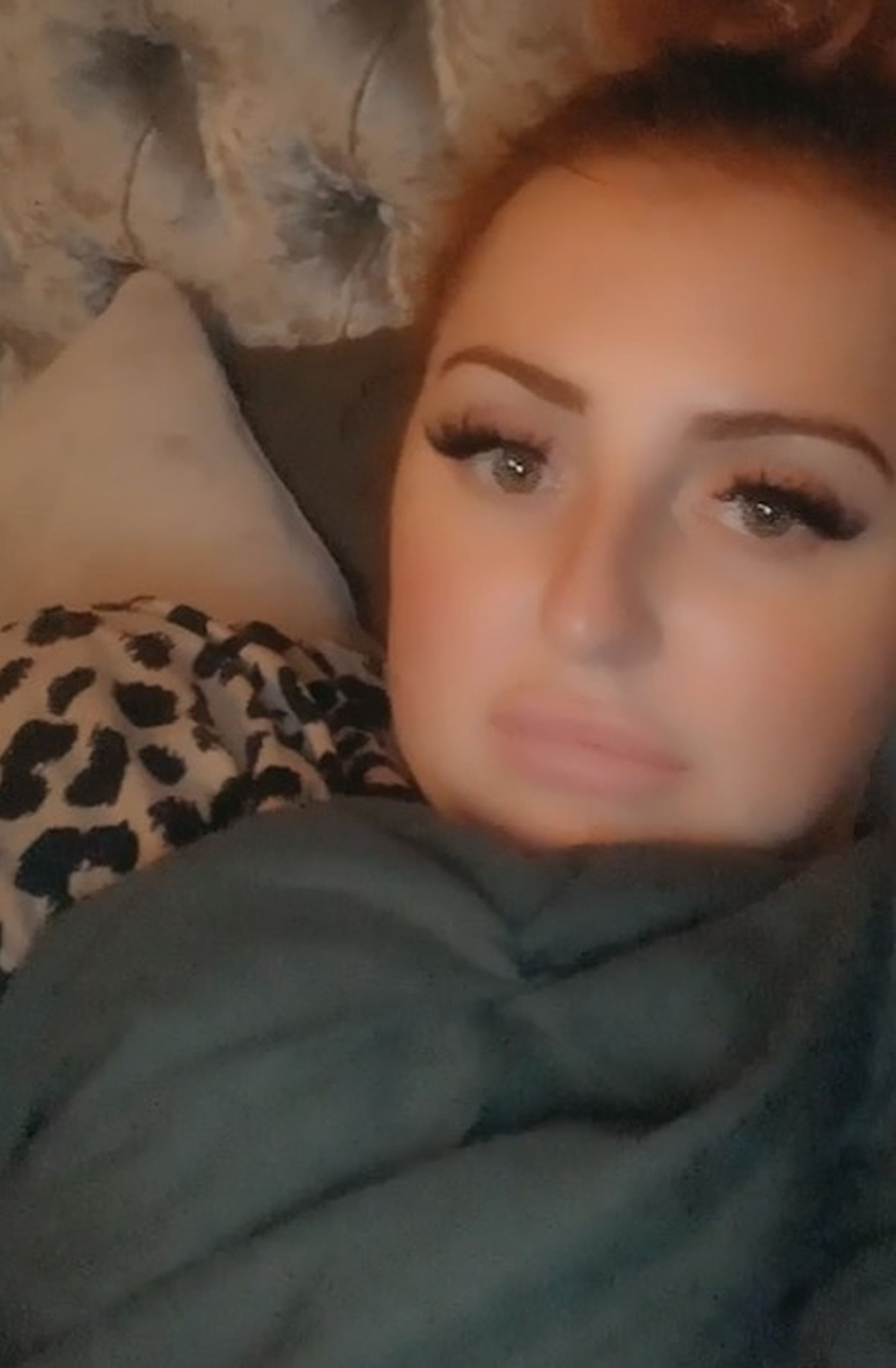 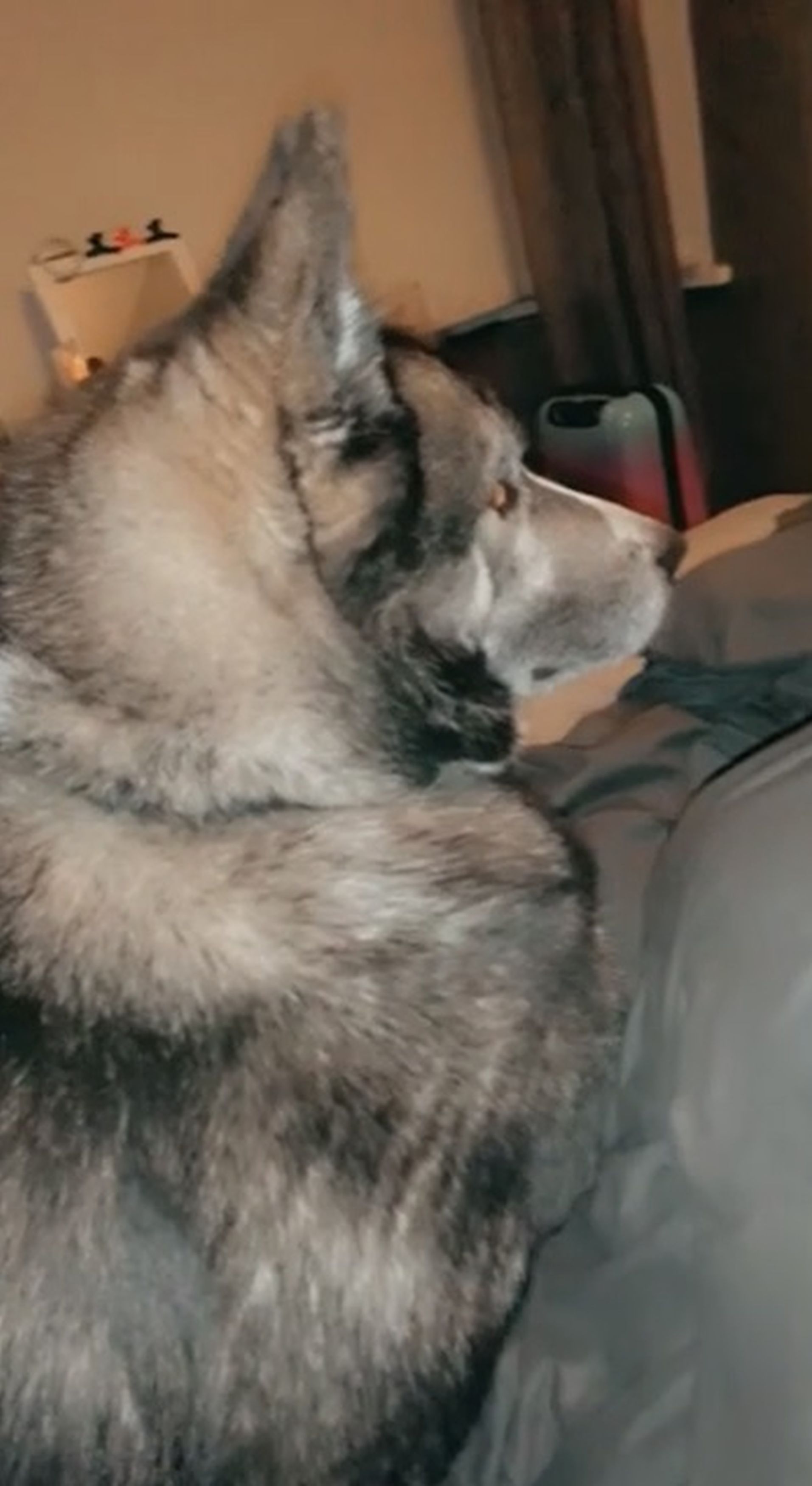 But was 'petrified' to turn over and discover the husky-type dog 'staring' at her, and feared the 'wolf' would attack her.

Hilarious footage shows Mia whispering to the camera 'I'm too scared to move in my own bed' as she films herself.

She then pans over to reveal the huge hairy hound relaxing next to her.

The learning support worker, from Rhyl, Wales, found footage on her phone of her discovering what she branded a 'wolf' following her home.

Later clips show the husky wandering around Mia's kitchen as she says: "Of all the things I've come home with on a night out.

Mia said: "I went to my friend's help to her do a bit of DIY and painting…then we decided that three bottles of wine was a good idea.

"I was a little shocked when I woke up hungover, to a dog staring at me.

"I was petrified he was going to attack me – I find dogs cute but they're also a bit scary. Especially a bloody big one like that."

I was petrified he was going to attack me

Despite being drunk, Mia recorded her encounter with the dog, which shenamed Toby, and how it had followed her home.

However, she did not remember coming in at 2.30am with the mutt and telling her 'fuming' mum that she had 'got a new mate'.

Mia said: "I documented the whole thing on my Snapchat, and that's how I pieced together the story the next morning.

"So I was walking home from her house after midnight, when the dog started following me.

"He was just wandering the street – [I later found out] it was the street he lived on, so I assume he'd just gotten out. 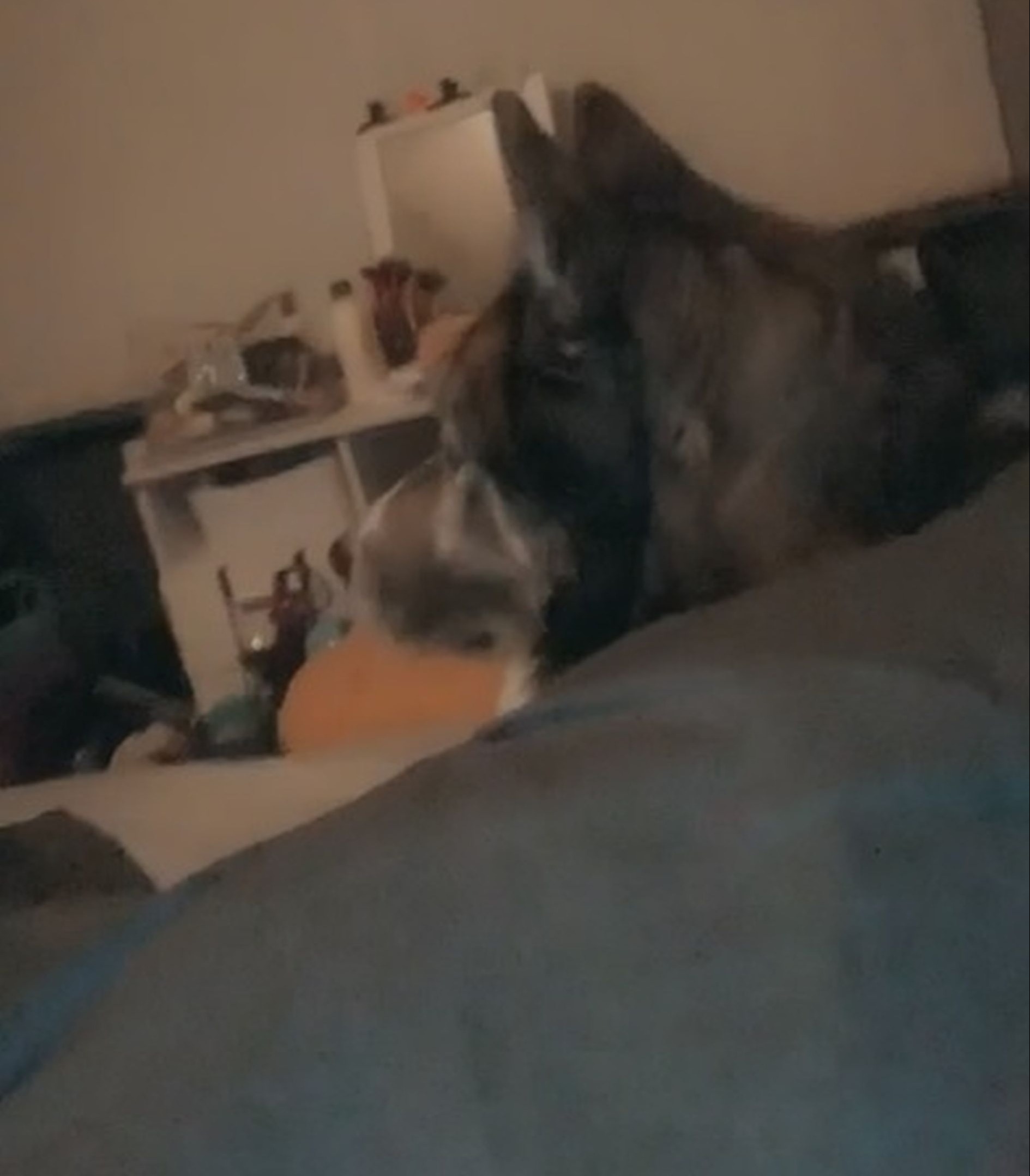 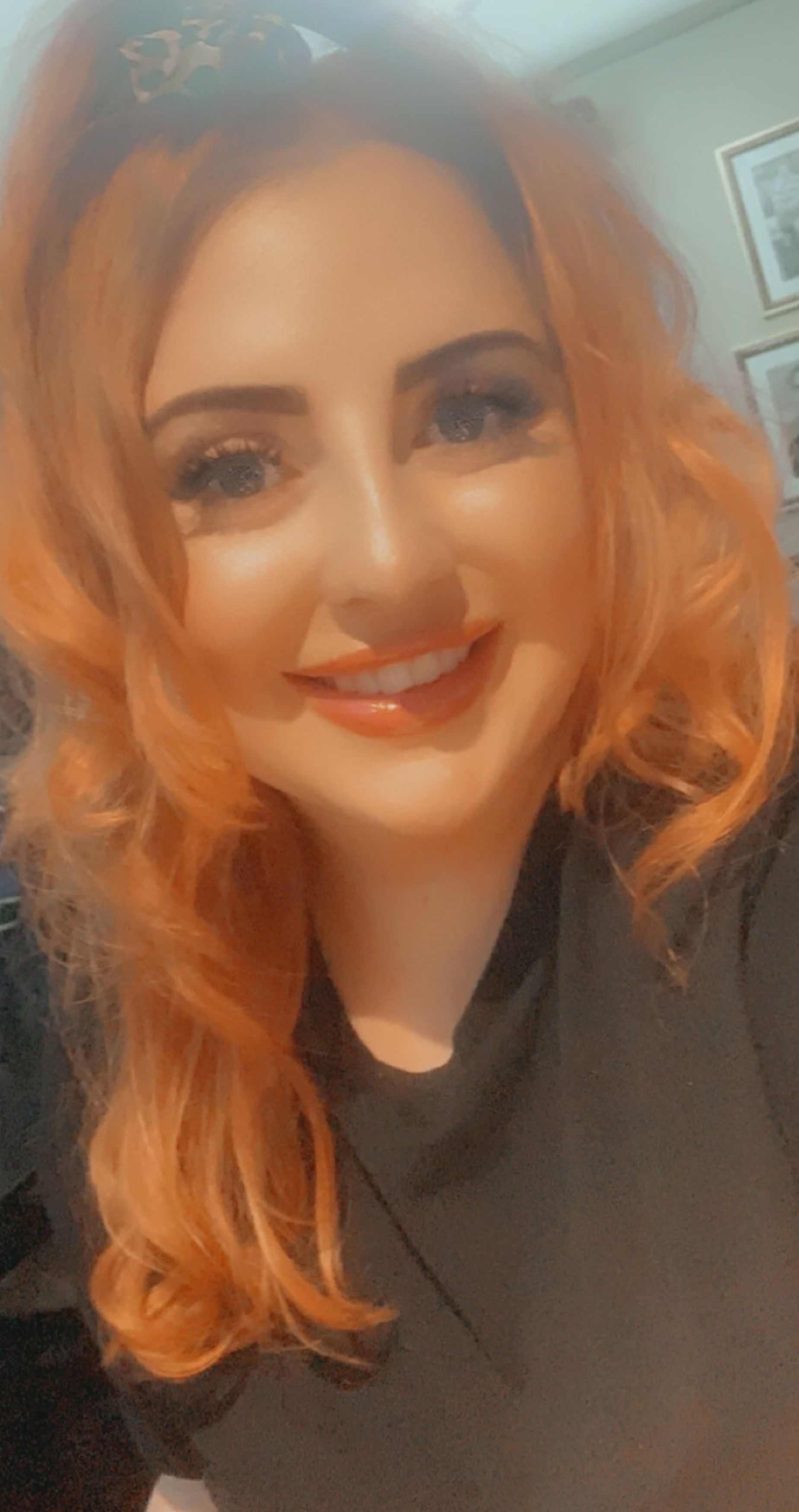 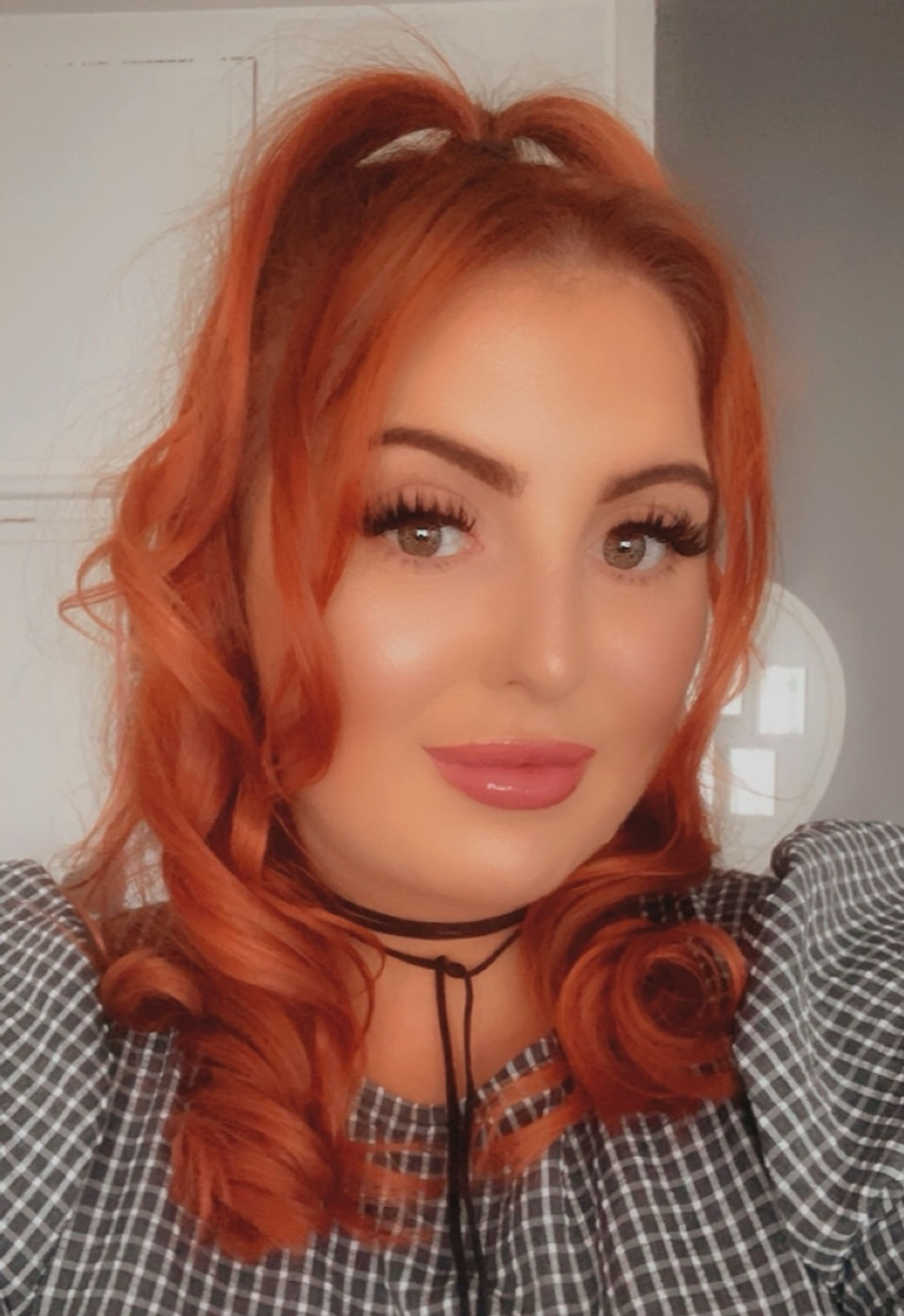 "She wasn't pleased, even though she was fine the next morning.

"This definitely isn't out of character for me – everyone knows I go a bit mad after a drink. But I've never brought an animal home."

One video shows the unwitting dogsitter walking home with the husky following along, as Mia says: "There's a full-on f****ng wolf following me. It's too late for this, I feel like an eskimo."

Once Mia figured out what had happened by retracing her steps through her Snapchat story, she shared a snap of the dog on her Facebook.

Mia said: "I knew everyone would find it funny as I had so many messages on Snapchat when I woke up that morning.

"But I put it on Facebook to try and find the owner. The poor dog in a stranger's house probably just wanted to go home.

"A girl I have on snapchat recognised the dog and got in touch with the owner for me.

"The owner said all the tears over losing him were worth it, when she added me on Snapchat to see my story. She found it hilarious.

"She was grateful he had a sleepover at my house."

Her one night of dog ownership has not done much to sway her on getting a pet pooch in the future.

Mia said: "I still don't want a dog. It was fun whilst it lasted, I guess. He bloody looks like a wolf, but he was a lovely dog to be fair.

"I called him Toby while I had him – it was the first name that came to my head while I was drunk. 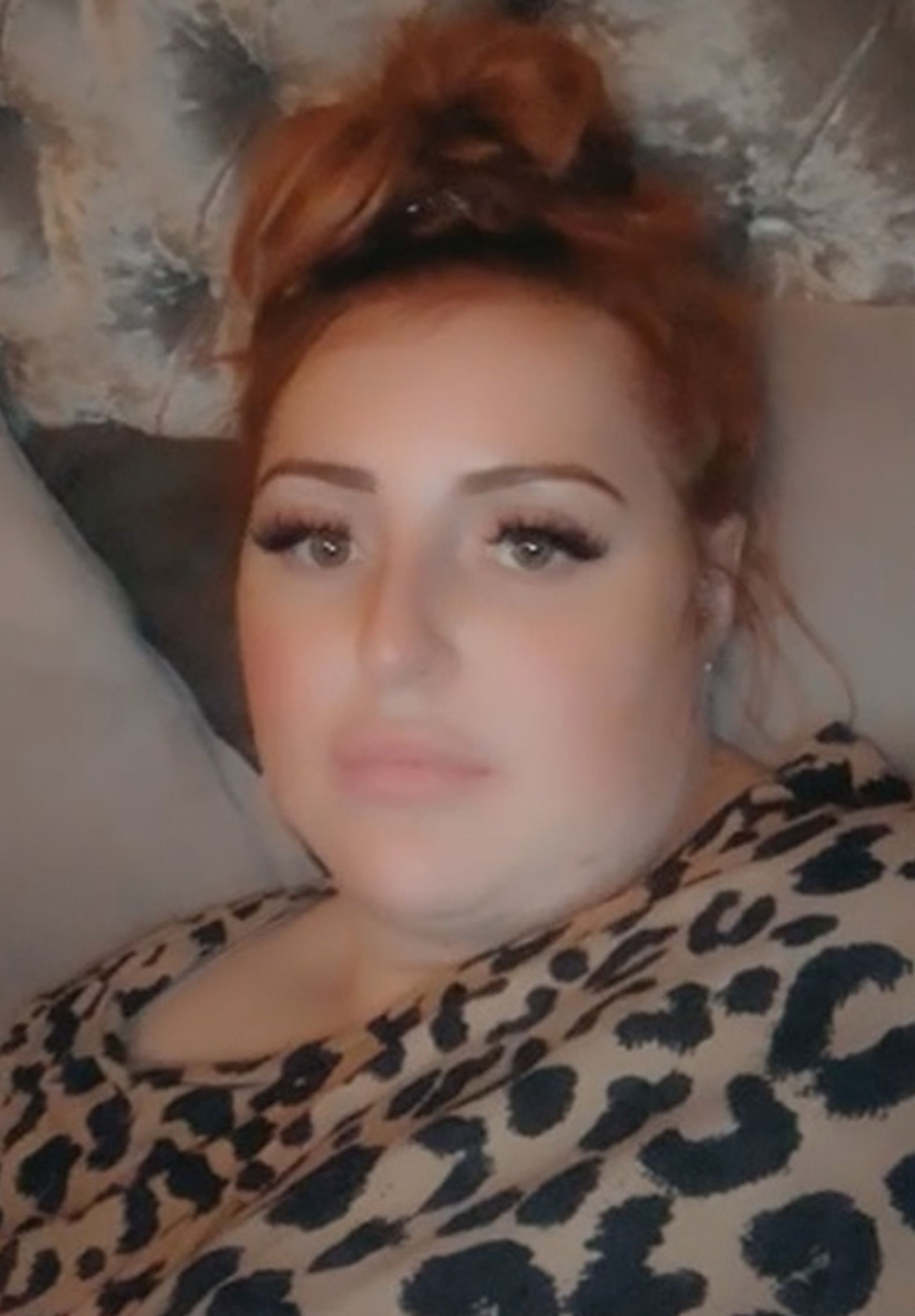