Jill Biden’s ex-husband has said he was ‘betrayed by the Bidens’, claiming once again that he was still married to Jill when she met Joe, and denying the well-publicized story of the Bidens’ meeting on a blind date.

Bill Stevenson, 72, told Inside Edition on Monday night that the Bidens’ fairytale story of meeting on a blind date, shortly after Jill finalized her divorce and while Joe was dealing with the trauma of his first wife’s death in a car crash, was a lie.

Stevenson had told DailyMail.com the story in an exclusive interview in August.

During tonight’s interview, host Steven Fabian asked Stevenson: Is the story of the blind date true?

‘No, not even a little bit,’ he replied. 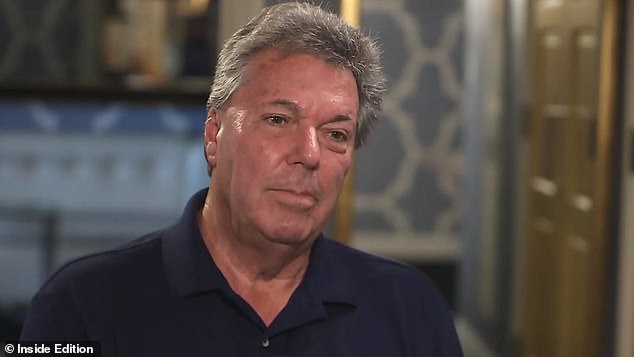 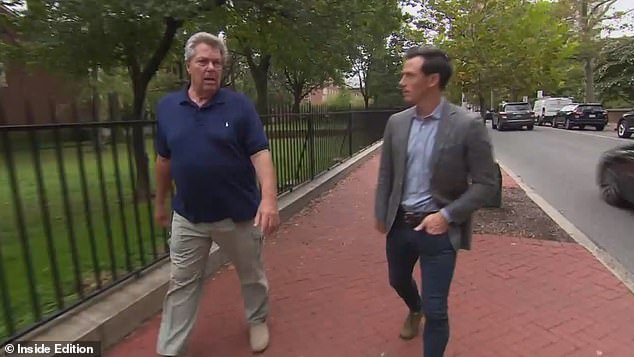 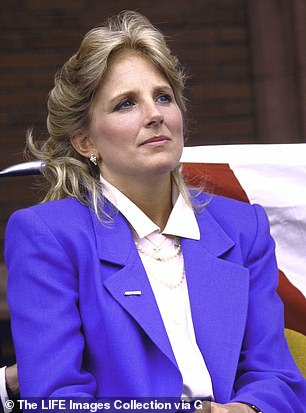 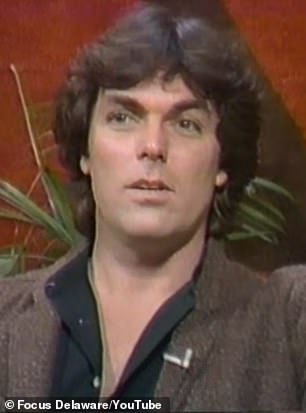 Stevenson married Jill in 1970, and two years later he said they worked on Joe’s campaign 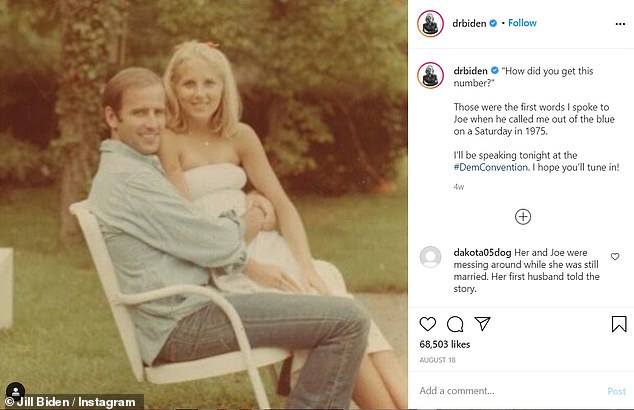 Jill and Joe Biden insist that they did not begin dating until after her divorce, in 1975

Stevenson is about to publish an as-yet untitled book that he says will blow the lid off the sham story.

Stevenson insisted that he and Jill were still married when Jill met Joe – and that they met three years before the Bidens claim.

‘I was betrayed by the Bidens. Joe was my friend; Jill was my wife,’ he said.

Stevenson, who ran a celebrated rock venue in Wilmington, Delaware, said that he introduced Jill and Joe in 1972.

At the time, Joe was a council member campaigning for the U.S. Senate, and was married to his first wife, Neilia.

‘Jill, Joe, Neilia and I were in his kitchen. How do you forget that?’

Neilia Biden would die four months later, in a car crash in December 1972.

Stevenson said he first suspected Biden and Jill were having an affair in August 1974. He was then 26, Jill was 23 and Joe was 31. 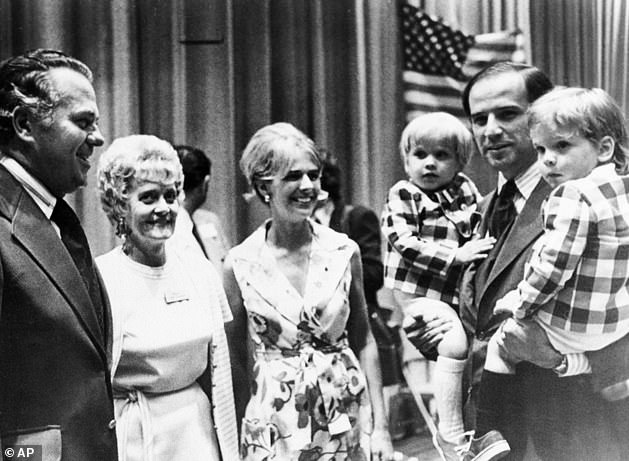 At the time Biden was married to his first wife Neilia who died along with their one-year-old daughter Naomi in a car crash between the election and Biden taking his Senate seat. Pictured: Biden, with both of his sons during an appearance at the Democratic state in summer of 1972. At center is his wife Neilia, who was killed in a car crash that December 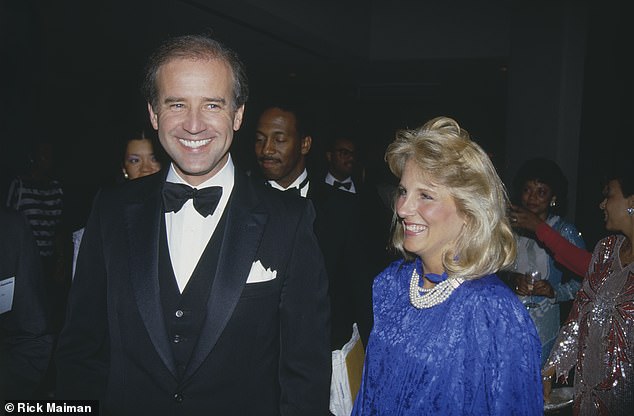 Stevenson said he first suspected Biden and Jill were having an affair in August 1974. He was then 26, Jill was 23 and Joe was 31. ‘Then one of her best friends told me she thought Joe and Jill were getting a little too close. I was surprised that she came to me.’ Pictured: Jill and Joe in 1987 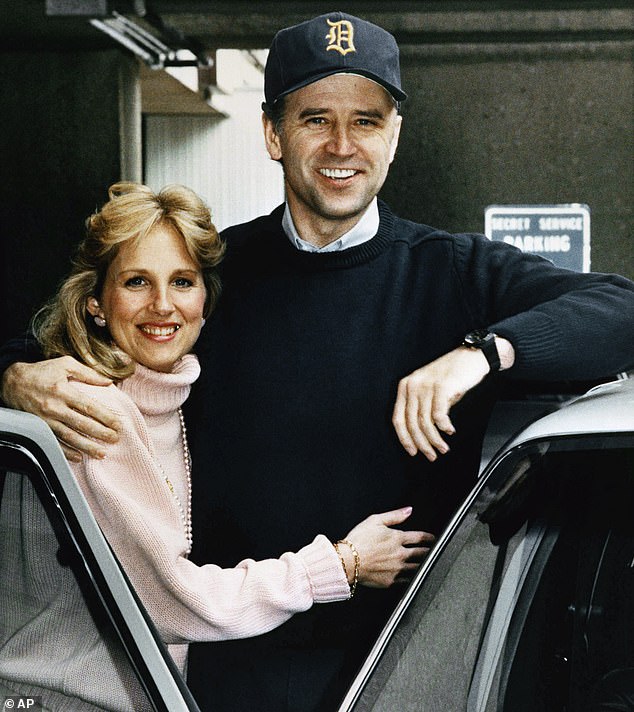 Bruce Springsteen was due to play at Stevenson’s venue, The Stone Balloon, and Stevenson had to go to northern New Jersey to pay him in advance.

‘He told the show he asked Jill to go with him and she said no — something he vividly remembers.

In October, he said he was certain Jill was having an affair.

Their car, a brown Corvette, was involved in a crash in May, he discovered, and, surprised, he asked the man who informed him about the crash for details.

‘He looks at me and says oh, she wasn’t driving.

‘I said, her beloved Corvette, she wasn’t driving? He said, no, Senator Biden was driving.’

Stevenson said he then confronted Jill, and asked her if she was having an affair with Biden.

‘She didn’t say anything – she just looked at me,’ he recalled. 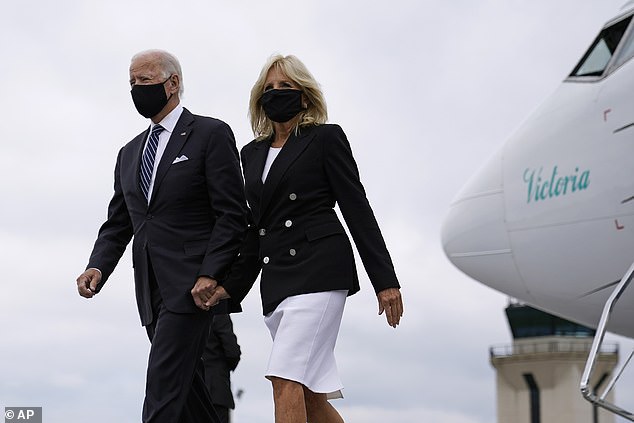 The Bidens are pictured on September 11 en route to a memorial service in Shanksville, PA 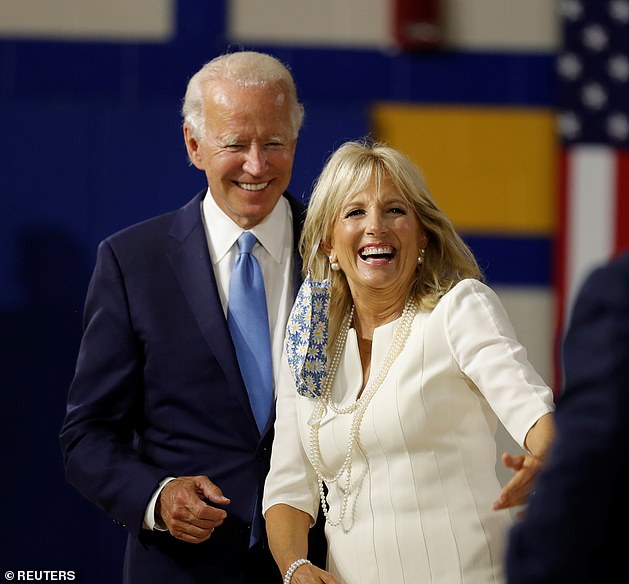 The way the Bidens tell their story, Joe saw a picture of Jill in March 1975 — after her marriage crashed — and they went on a date and have been together since

Stevenson and Jill divorced in May 1975.

Jill and Joe say that they did not meet until March 1975, when the divorce was nearly finalized.

‘It’s years ago, but guess what – it’s so current right now. Because he is picking on people about character,’ said Stevenson.

‘I’ve said from the very beginning that I have no hard feelings, about Joe, Jill, the affair. But if I don’t do it now, it’s never going to be able to be brought up.’

Stevenson said he voted for Barack Obama, but will vote for Donald Trump in November, because he agrees with his stance on backing the police.

‘These claims are fictitious, seemingly to sell and promote a book. The relationship of Joe and Jill Biden is well documented.’ 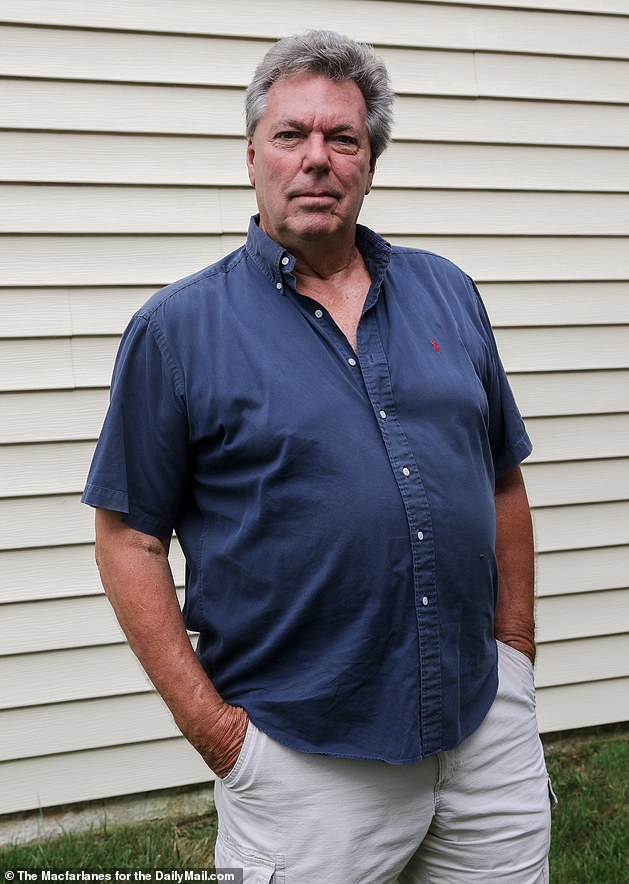 But her ex-husband Bill Stevenson told DailyMail.com that their story about how the presidential candidate fell in love with Jill after a blind date is made up

22/09/2020 World News Comments Off on 'I was betrayed by the Bidens': Jill Biden's ex-husband speaks out
Lifestyle