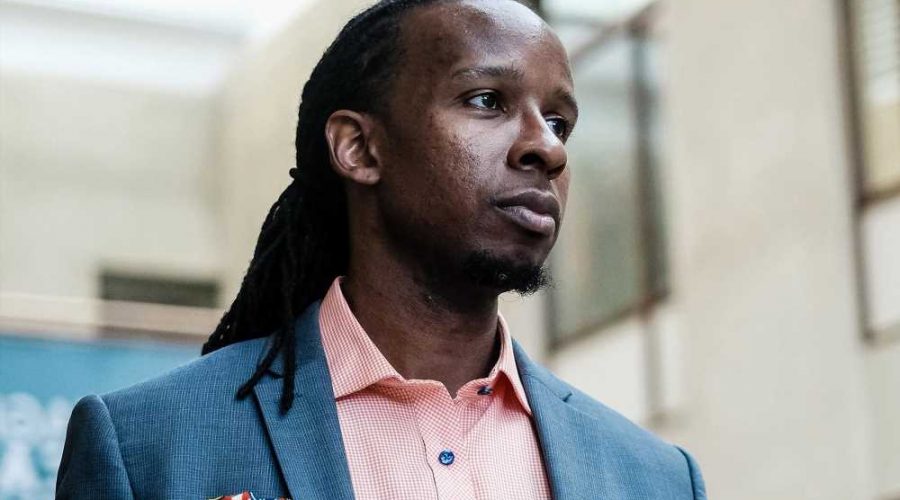 Biden to ban good showers and other commentary

Ibram X. Kendi’s name appears everywhere: in school curricula, corporate-training programs, even the Navy’s official reading list. The Boston University prof is a blazing supernova in the constellation of radical-chic race activism. But be warned: His philosophy would jeopardize the bedrock American ideal of individual dignity and equality under law.

Kendi’s rise was swift and significant. He published a bestselling book, “Stamped from the Beginning,” in 2016. After the death of George Floyd in 2020, Kendi’s next book, “How to Be An Antiracist,” began selling an astonishing number of copies, including institutional sales to public schools, government agencies and professional groups, all seeking to understand the ongoing racial unrest; he was a campus and media fixture at the height of the crisis.

But after the protests died down, Kendi’s work faced new scrutiny, revealing a simple truth: Kendi is a false prophet — and his religion of “antiracism” is nothing more than a marketing-friendly recapitulation of the academic left’s most pernicious ideas.

Born Ibram Henry Rogers, Kendi presents himself as a radical subversive. But in reality, he is an ideologist of elite opinion, buoyed by government and corporate patronage. Kendi’s work has been endorsed by Fortune 100 companies, the federal bureaucracy and the US military — the very power structures he claims to oppose.

Kendi’s core thesis — that racism is the single, self-evident cause of racial differences in everything from school grades to incarceration rates to income and thus must be rectified using “antiracist discrimination” — reiterates critical race theory’s basic concepts. Kendi’s “gift,” in other words, is for translating ivory-tower theories into media- and corporate-friendly narrative.

“When I see racial disparities, I see racism,” Kendi says, to the exclusion of other explanations. His logic often descends into dizzying circularity and tautologies. When asked to define the word “racism,” he told attendees at the Aspen Ideas Festival that it is “a collection of racist policies that lead to racial inequity that are substantiated by racist ideas.”

But Kendi, like his counterpart Black Lives Matter co-founder Patrisse Cullors, is a prolific capitalist in his personal life. He charges $20,000 an hour for virtual presentations and has merchandised his entire line of ideas, releasing self-help products and even an “antiracist” baby book. He gratefully accepts millions from tech and pharmaceutical companies on behalf of his Antiracism Center. Fighting Big Capital, it turns out, is a lucrative enterprise.

But Kendi’s actual policy proposals, from “defunding the police” to restricting free speech, are much more alarming than his fraudulent posturing. Kendi is an open advocate for race-based discrimination, arguing that “the only remedy to past discrimination is present discrimination.” Even worse, he has proposed a federal “Department of Antiracism,” unaccountable to voters or legislators, with the power to suppress “racist ideas” and veto, nullify or abolish any law at any level of government not deemed “antiracist” — a policy that verges on the totalitarian.

Fortunately, as Americans have begun to seriously consider his ideas, Kendi finds himself on the defensive. In recent months, he has released a series of touchy and short-tempered articles and statements, claiming that “there is no debate about critical race theory” in one moment, then distancing himself from CRT in the next — despite the fact that only two weeks earlier, he had claimed that critical race theory was “foundational” to his work.

When he’s put on the spot, Kendi reverts to word games and deflection, rather than defend his position on the substance.

Mercifully, his so-called antiracist discrimination remains deeply unpopular with voters. Despite the recent push to replace equality with “equity,” Americans still support the system of individual freedom, equality under the law and colorblind public policy. Even in deep-blue California and Washington state, voters have recently rejected affirmative action at the ballot box, despite heavy support for those measures from multinational corporations and the Democratic establishment.

Kendi fashions himself a revolutionary, but like the radical-chic activists before him, he will likely be absorbed into the fabric of elite institutions, where supposedly radical ideas are cosseted into conventional wisdom — and sold at $20,000 an hour.

Christopher F. Rufo is a senior fellow at the Manhattan Institute.

23/07/2021 World News Comments Off on Ibram X. Kendi is the false prophet of a dangerous and lucrative faith
Lifestyle