AN IDIOT drink-driver has been caught five times over the limit with cling film for windows.

Mariusz Kawanski, 52, was pulled over in Bury St Edmunds, Suffolk at around 7.25pm on Tuesday. 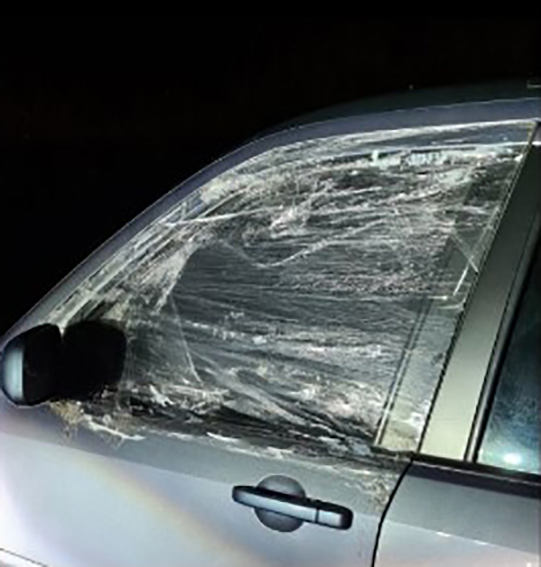 His Honda CR-V was seen veering across the road and nearly crashing into oncoming traffic, the East Anglian Daily Times reported.

He was pulled over outside a pub, and Sergeant Scott Lee-Amies was shocked to see the state of Kawanski's car.

His window had been patched up with cling film, and he was driving on a defective tyre.

Sergeant Lee-Amies could smell alcohol on Kawanski and breath tested him.

Kawanski was more than five times the legal alcohol limit.

He claimed he had one beer and a glass of whiskey on an empty stomach before he drove to work a night shift at a care home.

Duty solicitor Jeremy Kendall said Kawanski didn't want to let down his employer so he went to work despite having drunk alcohol.

Mr Kendall said Kawanski was planning to get his window fixed this week, and had used cling film as a temporary solution.

At Suffolk Magistrates' Court, Kawanski admitted to drink-driving, failing maintain the condition of a car window and using a tyre with an exposed cord.

Magistrates said his offences warranted jail time, but he was given a 16-week sentence suspended for two years.

Kawanski was banned from driving for three years, order to do 120 hours of unpaid work and fined £600 for his car's makeshift repairs. 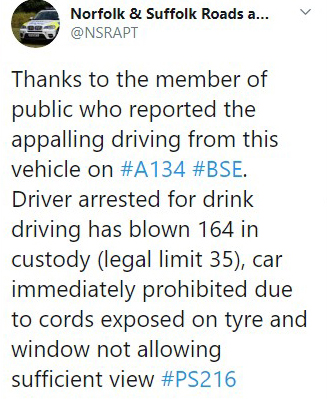