Donald Trump touted Monday that he will resume the ‘very successful’ briefings on the pandemic after his frequent appearances at the White House Coronavirus Task Force updates ceased.

The president insisted that briefings are the best way to update Americans on the coronavirus crisis, especially amid a surge in infection rates, as Trump says he will bring them back starting Tuesday.

‘We’re going to give you a lot of briefings in the next week and over the next few weeks as to – I think it’s very important to do it,’ Trump said while speaking to the press following his Oval Office meeting with Republican leadership.

Trump stopped showing up to the press conferences after one particular update in the James S. Brady Briefing Room in April where he received especially high criticism after claiming that Lysol, bleach and other disinfectants could work as a treatment for coronavirus.

He also said that heat and getting out in the sun were effective treatments.

Following a study that revealed common disinfection kills the virus on surfaces, Trump suggested – and later said the idea was proposed in jest – that disinfectant be injected into patients to treat COVID-19. 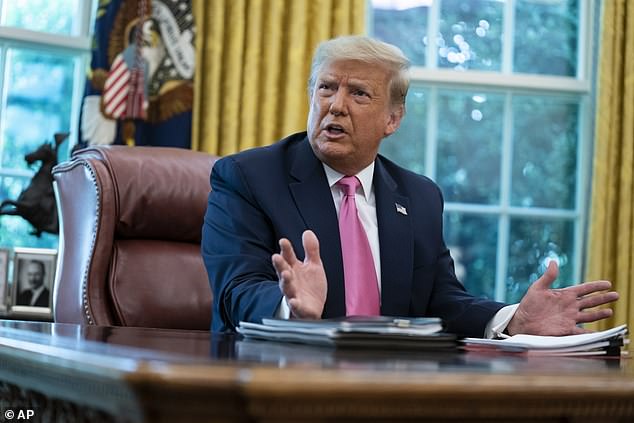 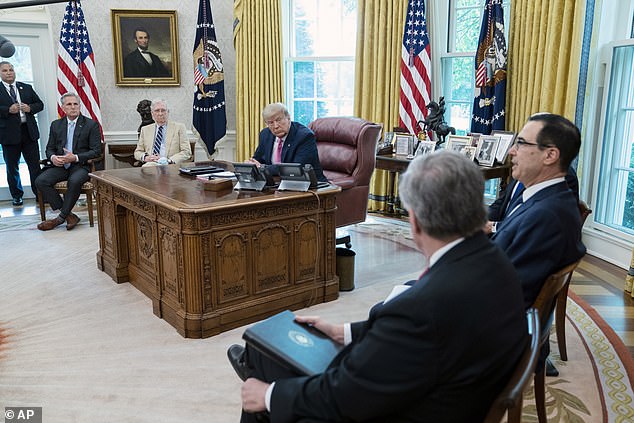 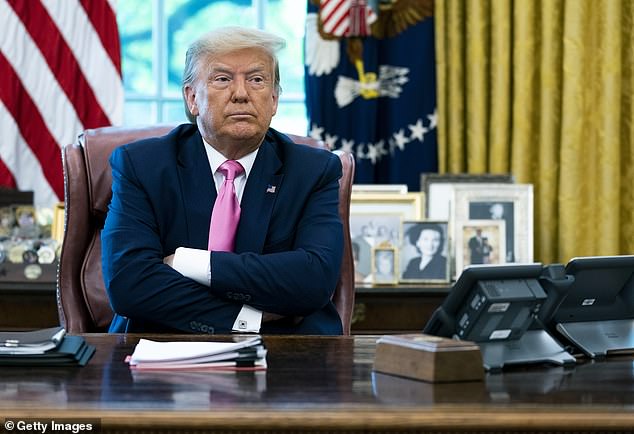 The president said the 5:00 primetime briefings broke television records and insisted they are the best way to update Americans on the coronavirus pandemic 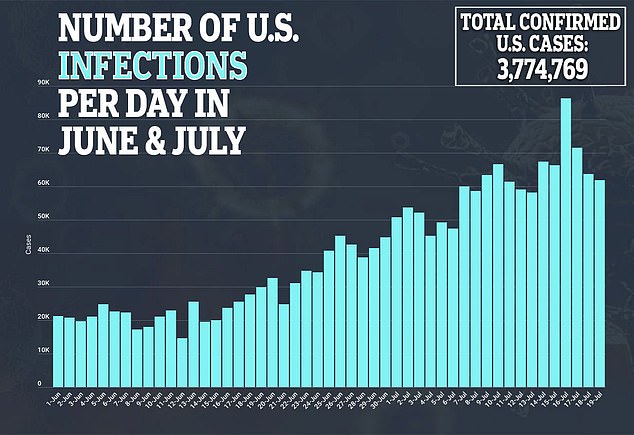 As of Monday there are more than 3.7 million confirmed cases in the U.S. and the death toll has surpassed 140,000

A few weeks after the president stopped showing up for the briefings, they ceased altogether.

‘I think the president should be doing that,’ she said, adding that her opinion was different from other White House staff.

Conway insisted that his polls were ‘much higher when he was out there briefing everybody on a day-by-day basis, just giving people the information,’ acknowledging his slipping poll numbers.

A FiveThirtyEight average as of Friday shows that 58 per cent of Americans disapprove of how the president is handling the crisis and 38 per cent approve.

The president and task force’s press conferences, held with a limited number of media in the age of social distancing, yielded record-high viewership on television as they were held around 5:00 p.m. every day.

‘Well, we had very successful briefings. I was doing them and we had a lot of people watching – record people watching,’ Trump boasted to reporters in the Oval Office. ‘In the history of cable television – television there’s never been anything like it. And we were doing very well.’

The nation’s top immunologist at the National Institute of Health, Dr. Anthony Fauci, who is also on the task force, stopped appearing at briefings after several reports emerged of him and the president clashing.

During one briefing in March, Fauci could be seen smirking and ‘face-palming’ in response to some of the president’s remarks.

Trump made the revelation that he would begin holding the briefings starting on Tuesday following a meeting with GOP leadership, including lawmakers and cabinet members, on Monday morning to discuss new coronavirus stimulus legislation.

Trump said he would still be holding the briefings at 5:00 p.m. with members of the task force, which is headed by Pence, and said White House Press Secretary Kayleigh McEnany would continue her own press conferences at 11:00 a.m. 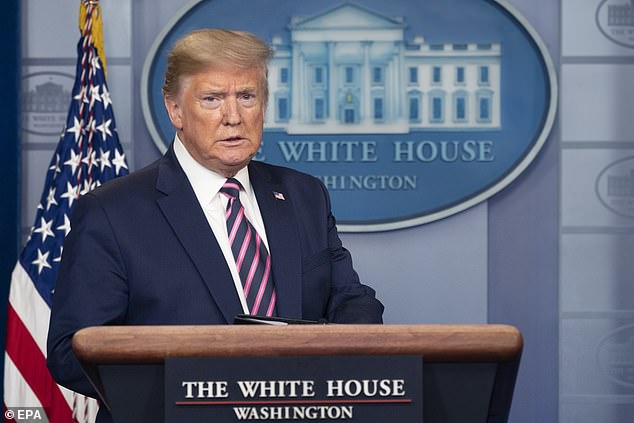 Trump stopped showing up to the briefings in April after he was criticized for suggesting that Lysol, bleach and other household disinfectants be injected to treat coronavirus patients

Part of the task force and the nation’s top immunologist, Dr. Anthony Fauci, could sometimes be seen reacting to the president’s comments with a smirk or face-palm

‘I think it’s a great way to get information out to the public as to where we are with vaccines, with the therapeutics and generally speaking where we are,’ Trump said. ‘And so I think we’ll start that probably starting tomorrow.’

‘I’ll do it at 5:00 like we were doing – we had a good slot,’ he said of the primetime briefings. ‘And a lot of people were watching, and that’s a good thing.’

Trump again called the disease the ‘China Virus,’ which has been denounced as racist by many.

The president claims, however, it is just a name he uses to distinguish where the virus originated – as he continues to slam China for exacerbating the severity by not warning the rest of the world when the initial breakout happened there.

The president also previewed during his remarks Monday that some of those briefings might include guests from companies working on vaccines and therapeutics for coronavirus.

‘I think I’m going to bring some of the great companies that are working – and very successfully in the past have worked on these things,’ Trump said. ‘And they’re going to tell you, very specifically what they’re doing and how they’re doing. We think we’re doing very well in that regards.