Jakarta: A sexual harassment victim who was jailed under Indonesia's strict defamation laws is set to be pardoned by Indonesian President Joko Widodo. 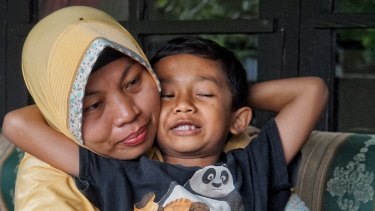 Indonesia's national parliament on Thursday cleared the way for the president to formally grant legal amnesty to Baiq Nuril Maknun, in a high profile case that has drawn international headlines and shined a spotlight on how Indonesia handles sexual harassment cases.

Nuril's legal nightmare began in 2013, when she was working as a bookkeeper at a school in Mataram, the capital of the island of Lombok.

The school's principal, Haji Muslim, was having an affair with a married colleague and he would share with Nuril what she describes as “vulgar details” of the affair.

Eventually, Nuril recorded one of the phone calls with her boss. She shared a copy of the recording with the friend of a friend and soon enough, the audio had been widely distributed on social medi. In March 2015, the principal reported her to police for defamation under the much-criticised Electronic Information and Transactions (ITE) law. 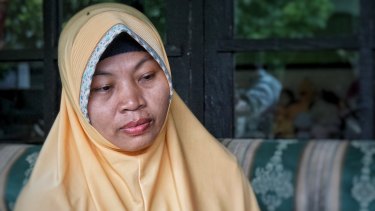 Baiq Nuril Maknun, a victim of sexual harassment who had faced jail time, was set to be granted an amnesty by President Joko Widodo.Credit:Amilia Rosa

In March 2017 Nuril was formally charged by police and found not guilty in Mataram's district court. But prosecutors appealed to the Supreme Court and in September 2018 she was found guilty, and sentenced to six months in jail and a 500 million Rupiah ($50,000) fine.

Nuril and her husband both lost their jobs, police declined to examine her allegations of sexual harassment, while the principal was promoted.

President Joko had previously indicated he was prepared to intervene in Nuril's case and grant her amnesty, but he first wanted all legal processes to be exhausted.

Ahead of the decision to approve the amnesty, Nuril told the Sydney Morning Herald and The Age that Indonesia's laws were not protecting women properly. 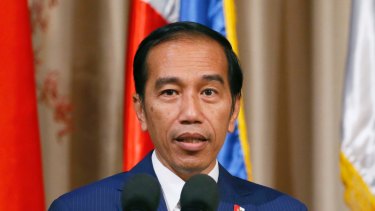 "I would like to say to other women out there to speak up. Don't be afraid. Don't be a victim."

After the parliamentary vote Nuril's husband, Lalu Isnaini, expressed his relief that his wife would not have to go back to prison and be seperated from him and their young children.

"Let there be no more cases like Nuril's case in the future. My wife should be the last one, the ITE law needs to be revised as soon as possible."

Rights groups including Amnesty International, Freedom House and Human Rights Watch have long campaigned for the ITE law, which was introduced in 2008 and which covers everything that happens online including banking transactions, pornography, defamation on social media and hate speech, to be changed.

University of New South Wales Indonesian law expert Melissa Crouch said Nuril's case was a good example of how the ITE law "can be used against the wrong person, the victim rather than the offender". Some civil society groups wanted the ITE law abolished, she said, while others had argued for the penalties for defamation to be scaled back.

"The fact that this case has reached right up to the president's office does suggest that the issue of harassment and violence (physical or verbal) against women is of key concern to the broader public in Indonesia. This might just be Indonesia's MeToo moment," she said.

Amnesty International Indonesia executive director Usman Hamid said Nuril should not have spent a single day in jail and that the case demonstrated "the absurdity contained in the ITE Law. This is the right time to revise it radically, particularly the provisions on defamation and blasphemy".

"The President made the right decision by standing on Nuril’s side. To formally grant her an amnesty would send a strong message to the police, prosecutors and courts that in the future they should protect victims of sexual harassment instead of criminalising and sending them to jail," Usman said.