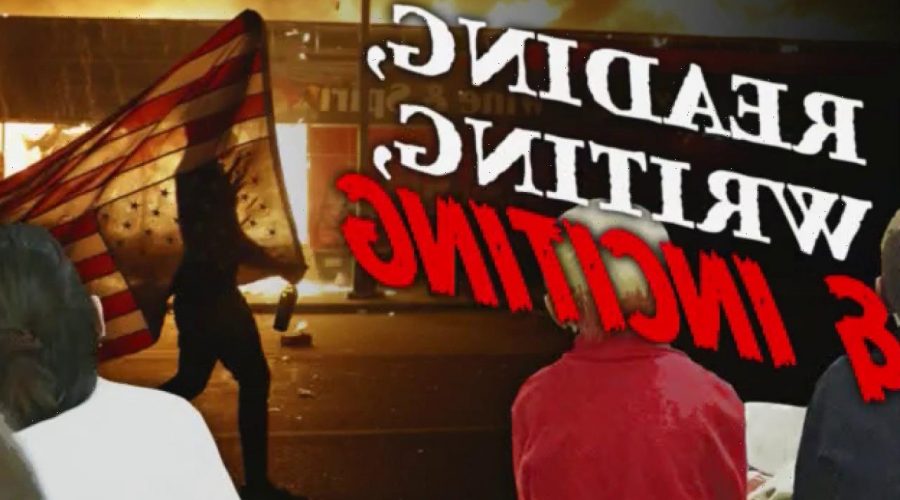 Fox News host Laura Ingraham opened Monday’s “Ingraham Angle” blasting the Left for its indoctrination young people, saying that through “reading, writing and inciting,” they are teaching that it is acceptable to destroy your community if you don’t like the outcome of a trial.

INGRAHAM: Where do they learn this behavior? You ever think about that? The hateful desire to destroy communities—your own communities in some cases—and the businesses that employ neighbors and immigrants, minorities, non-minorities, it doesn’t come out of nowhere. This is learned behavior.

Young people are learning that it is O-K to riot and loot when you don’t like the outcome of a trial in a far away state.  Imagine if conservatives had the same attitude every time they lost an abortion case? Most America cities would just be mounds of rubble by now. But the pro-life community doesn’t embrace violence. Not like Auntie Maxine.

Young people especially are being whipped up into a frenzy by an irresponsible media at their biased reporting. On social media it’s happening. And of course in schools. Enter the Biden Education Department.

“[Today it] proposed a rule…urging the development of “culturally responsive teaching” in American History and Civics and holding up the widely discredited New York Times “1619 Project” as a model.” Of course, the big lie of the 1619 farce is that America is a systemically racist country and they go from there.

These themes are already being echoed in schools nationwide.

20/04/2021 World News Comments Off on Ingraham: Left's idea of education is 'reading, writing and inciting'
Lifestyle