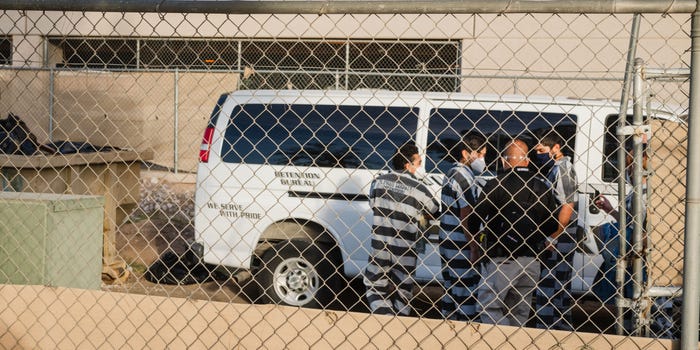 Inmates in El Paso, Texas, were seen assisting the county medical examiner's office handle an overflow of bodies at the morgue from the growing number of COVID-19 deaths in the county, according to a report from KTSM.

As KTSM noted, the inmates were seen Friday wearing personal protective equipment (PPE) as they worked to assist the medical examiner's office. The report comes as El Paso deals with a surge of COVID-19 cases as the state of Texas and the US deal with the long-predicted fall surge. In El Paso County, there are currently more than 31,000 active cases of the disease, according to county data as of Saturday.

Dee Margo, the mayor of the city of El Paso, told Insider's Charles Davis earlier this week he was attempting to "walk that tightwire" between protecting the local economy and the public health as the city dealt with the surge of cases of the novel coronavirus.

As Insider previously reported, El Paso currently has the second-highest number of active cases in the state of Texas. The medical examiner's office in the city recently doubled the number of mobile morgue units — refrigerated trucks – it has on hand in order to handle the influx of bodies. The inmates were seen helping both inside the morgue and in mobile unites, according to the KTSM report.

Texas has recorded more cases of COVID-19 than any other US state, surpassing one million reported cases on Wednesday.  According to data analyzed by Johns Hopkins University, the positivity rate across Texas over the past week is greater than 10%.

Since the outset of the pandemic, there have been at least 1,043,116 cases of the disease in Texas and nearly 20,000 reported deaths. According to KTSM, as of Friday, there have been 741 confirmed deaths related to COVID-19, and 369 others deaths are still under investigation.