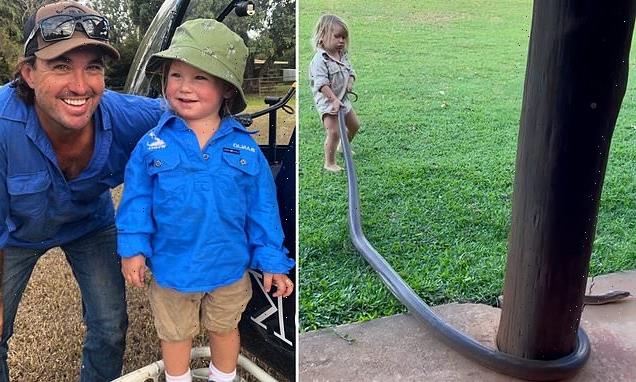 Is this the future Steve Irwin? Crocodile hunter’s two-year-old son helps his dad move a giant snake out of the garden – and doesn’t look the least bit scared

A proud father has captured the incredible moment his two-year-old son casually hauled a giant snake out of a garden by yanking at its tail.

Australia’s Monster Croc Wrangler Matt Wright has been capturing and relocating crocodiles throughout the Northern Territory for the last 20 years.

The doting dad decided to teach his son Banjo the ropes using a two-metre snake, sharing the hair-raising experience to his Instagram on Saturday. 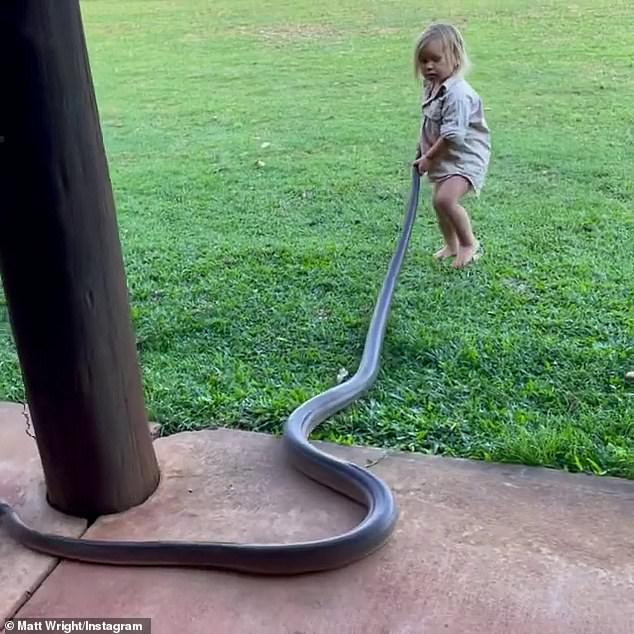 The confident toddler is seen grabbing the tail of the gigantic snake with both hands and pulling it onto the grass behind him.

‘Pull him out buddy, pull him out. Pull him over to the bushes,’ Matt encourages.

The irritable python starts to flick its tongue at his Dad Banjo runs over to help.

‘Oh no,’ the adorable toddler tells the crocodile wrangler.

‘Watch out, he’ll bite you. You’ve got to go for the tail,’ Matt advises the two-year-old. 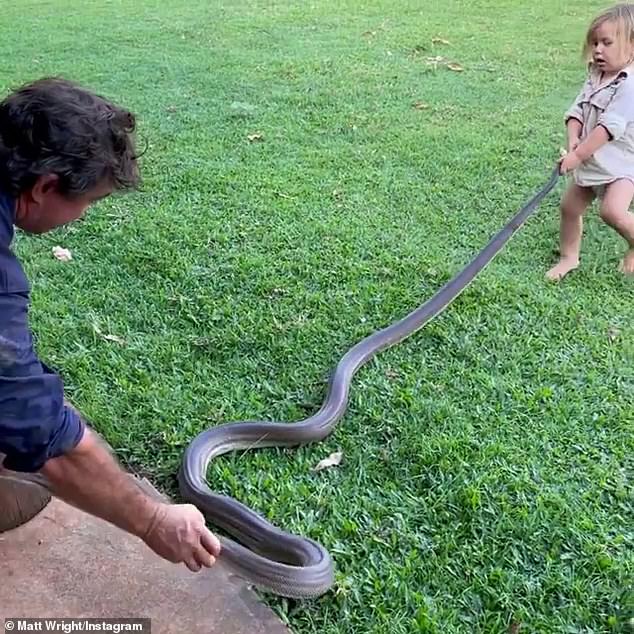 ‘Pull him out buddy, pull him out. Pull him over to the bushes,’ Matt encourages his son who is seen confidently picking up the snakes tail with both hands

The extraordinary video, which has received over 370,000 views, was quickly flooded with comments from social media users.

‘Meanwhile in Australia,’ one woman wrote.

‘That’s awesome, like a young Steve Irwin,’ another commented.

The two metre snake is small in comparison to the problem crocodiles Matt is seen chasing and relocating on his TV Show ‘Monster Croc Wrangler’.

The series follows Matt through the NT as he tracks the reptiles from the Tiwi Islands to the Victoria River using air-boats and helicopters to help him locate the beasts. 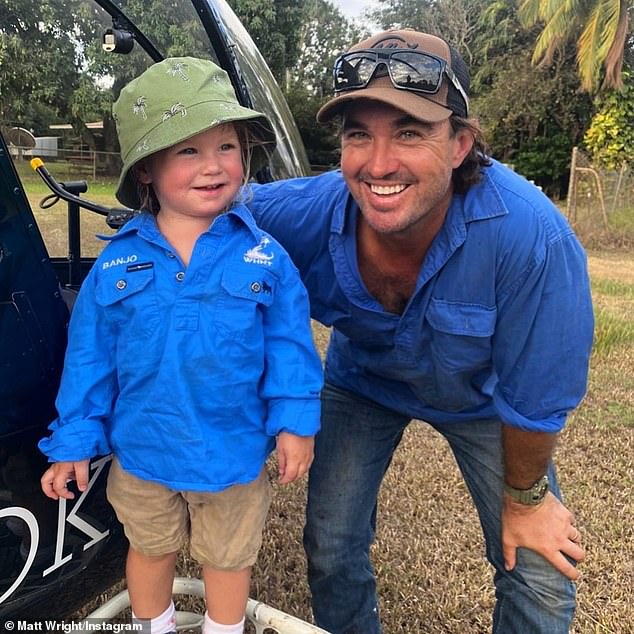 Matt previously told Daily Mail Australia he knows the limits and the dangers of the animals he gets close with, despite his actions sometimes looking reckless.

‘There is a certain point, the animals react to certain pressure points, and you need to know them for their reaction,’ he said.

‘You can be around them all day but you’ve got to know your limit.’

‘I’ve got plenty of buffer, it might look close, but I’ve got a comfortable buffer. They’re not snapping at my shirt so I’m not too close.’

‘If I become uncomfortable or in a dangerous zone, I’ll back up and recheck myself.’ 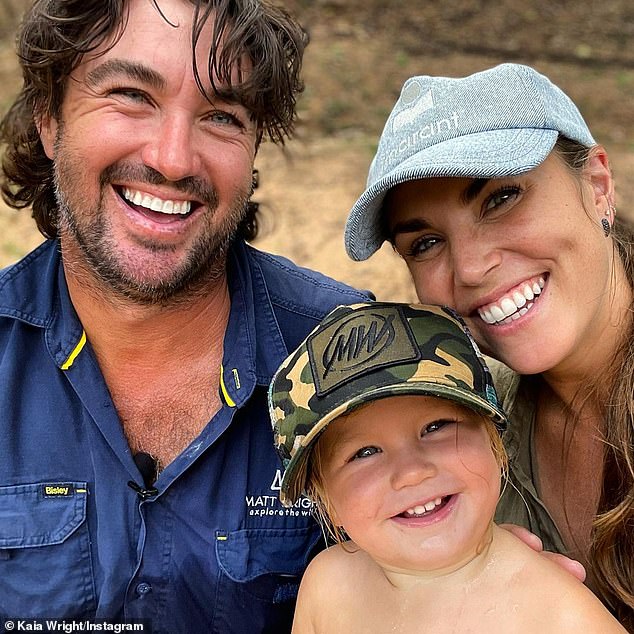