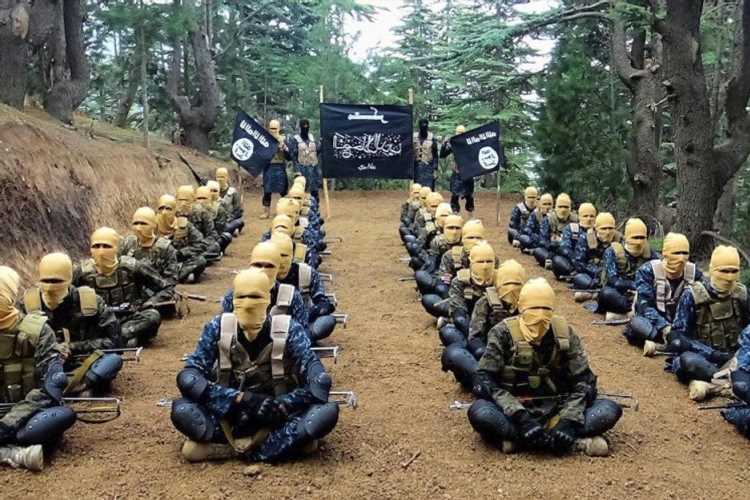 ISIS have a vicious splinter cell operating in Afghanistan who have killed children and beheaded rivals in chilling execution videos.

US President Joe Biden announced he will not extend the evacuation flights bringing desperate people fleeing the Taliban any longer as he cited the imminent threat from the terror group known as ISIS-K. 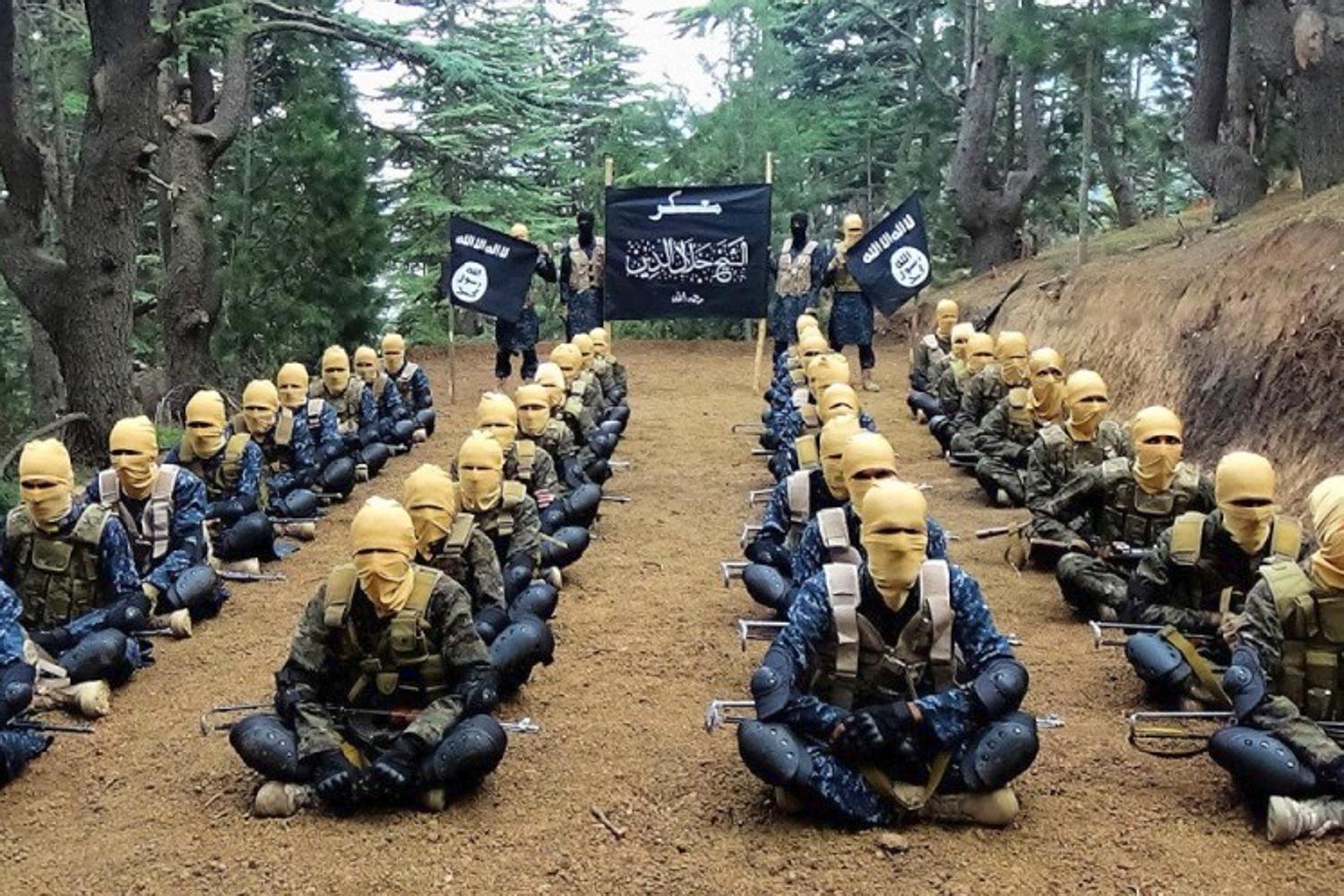 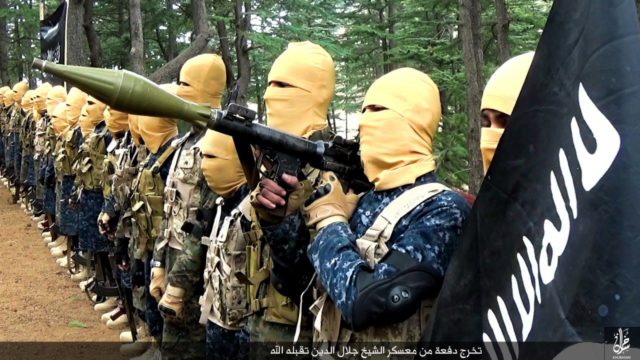 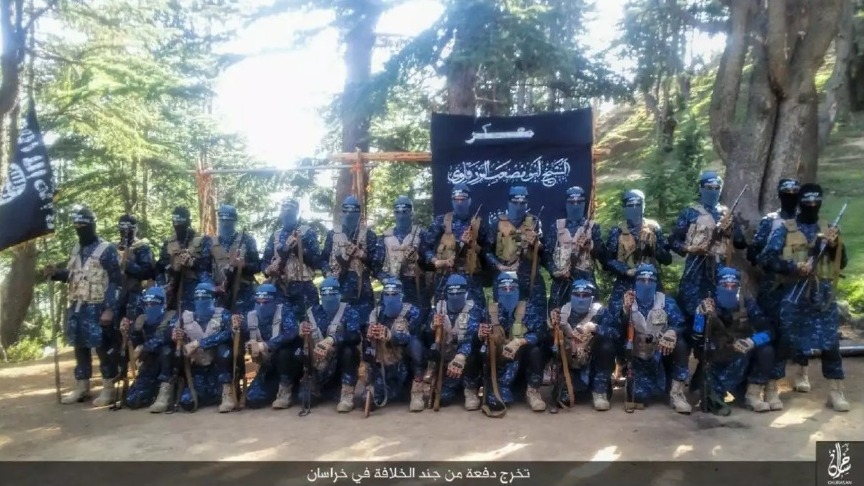 It is believed the faction are already operating in Kabul and its feared they could even try to down an evacuation plane using stolen missiles – with aircraft seen over the weekend deploying flares as they took off.

"Every day we’re on the ground is another day we know that ISIS-K is seeking to target the airport and attack both US forces and allied forces and innocent civilians," Biden said.

ISIS-K are casting a long shadow over the operation which comes as the Taliban surged to power following the withdrawal of US forces from Afghanistan.

The terrorist group – estimated to be up 10,000 in number and originally formed in 2015 – have been a consistent threat to security in Afghanistan, carrying out brutal suicide bombings and vile ceremonial executions.

The "K" refers to the historical region of Greater Khorasan, which covers Afghanistan, Tajikistan, Pakistan and others.

Despite efforts from the West, the Afghan government, and even the Taliban to fight them back – they are feared to try and seize upon the chaos sown by the country's collapse.

They are led by terrorist warlord Shahab al-Muhajir, a former al-Qaeda fighter, who took power in April 2020 after their previous boss, Abdullah Orokzai, was captured by Afghan forces.

Al-Muhajir is said to be known as "The Urban Lion" due to his skills with guerrilla warfare and planning suicide bomb attacks in cities.

He is believed to have helped the ISIS affiliate gain a foothold thanks to his background which will attract local jihadists, including those in the Taliban.

ISIS-K's most vicious attack is believed to have been the bombing of the Sayed al-Shuhada girls' school on May 8.

The group have been blamed for the attack which saw two improvised explosive devices and a car bomb explode outside the school.

Some 90 people – mostly schoolgirls between the ages of 11 and 15 – while 240 were injured in the explosion.

Other vicious attacks include the storming of Kabul University by gunman which left 22 dead and 22 wounded in November 2020, and a suicide bomber who blew himself up at a wedding killing 92 in August 2019.

Propaganda churned out by the group shows them posing with the traditional black and white flag of ISIS which became synonymous with the most repulsive violence when the group held power in Syria and Iraq.

And taking inspiration from the comrades, ISIS-K have also produced some similarly gruesome and slick execution videos.

Footage which has emerged has shown them beheading victims, and in one video they are even claimed to have used two children to kill prisoners in orange jumpsuits.

Other images show them training wearing the familiar garb of ISIS fighters as they wield AK-47s. 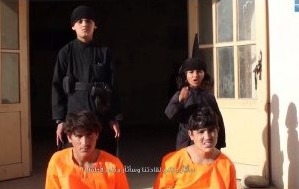 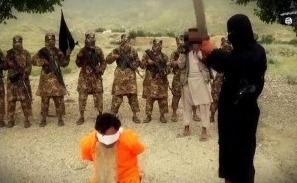 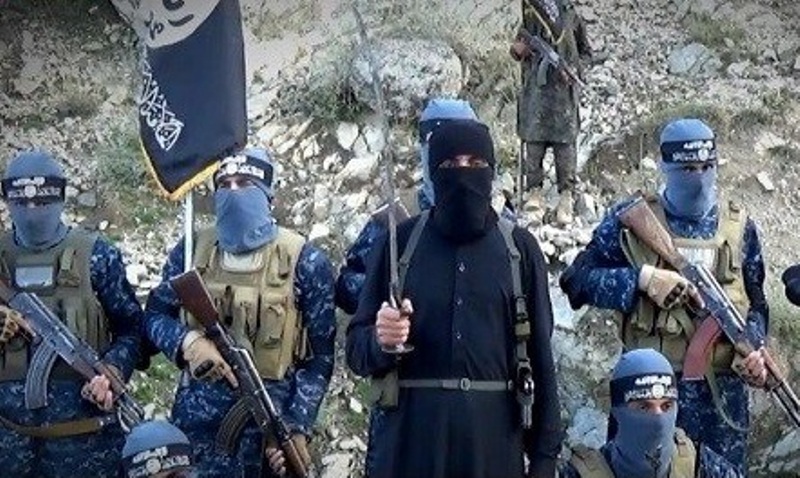 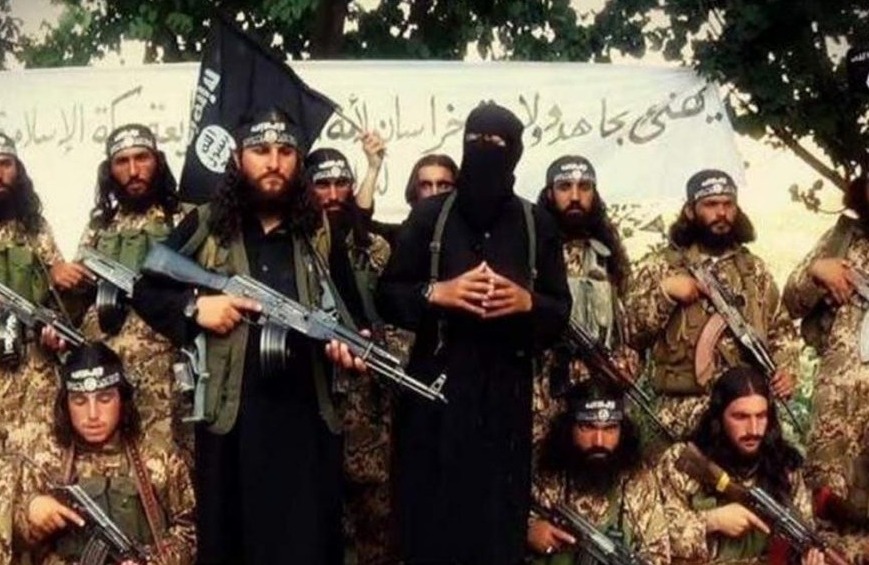 According the UN, around 70 ISIS fighters travelled from Iraq and Syria to form the group in Afghanistan – with their numbers being padded out by terrorists from Pakistan and Uzbekistan.

The group are still believed to be in contact with the main ISIS group, which was soundly defeated by the West, Russia and their allies in a campaign to oust them from Iraq and Syria.

ISIS-K and the Taliban have clashed hundreds of times in Afghanistan, according to the Centre for Strategic & International Studies, but US officials are not ruling out some kind of alliance between the two.

The security situation around Kabul airport continues to deteriorate as dozens of people are believed to have been killed in shootings, stampedes and crushes.

Britain, the US and their allies are desperately attempting to evacuate citizens and refugees – including those who worked with their forces – after the sudden withdrawal by Washington.

The muddled retreat has seen thousands of people fleeing from the new Taliban regime gather around the airport desperately begging for a flight out of Afghanistan.

US President Joe Biden has been roundly criticised for his decision – which is credited with allowing the Taliban to sweep back to power and take Kabul after being ousted by the West in 2001.

Afghan military forces collapsed under the tide of the Taliban's advances, inadvertently handing over billions of dollars worth of US military equipment including armoured vehicles, guns and aircraft.

It is debacle which is being described as one of the worst US foreign policy disasters since the Vietnam War. 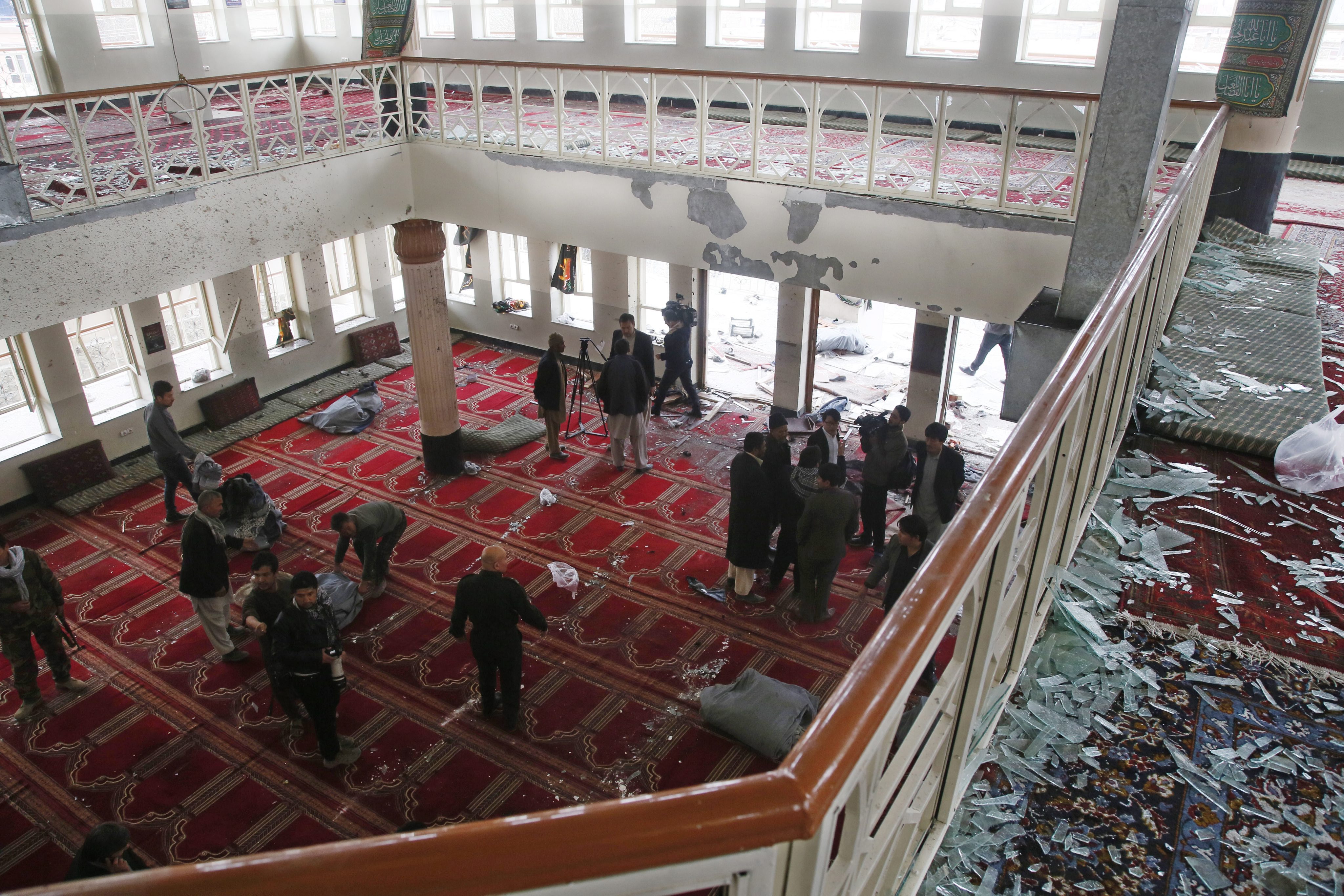 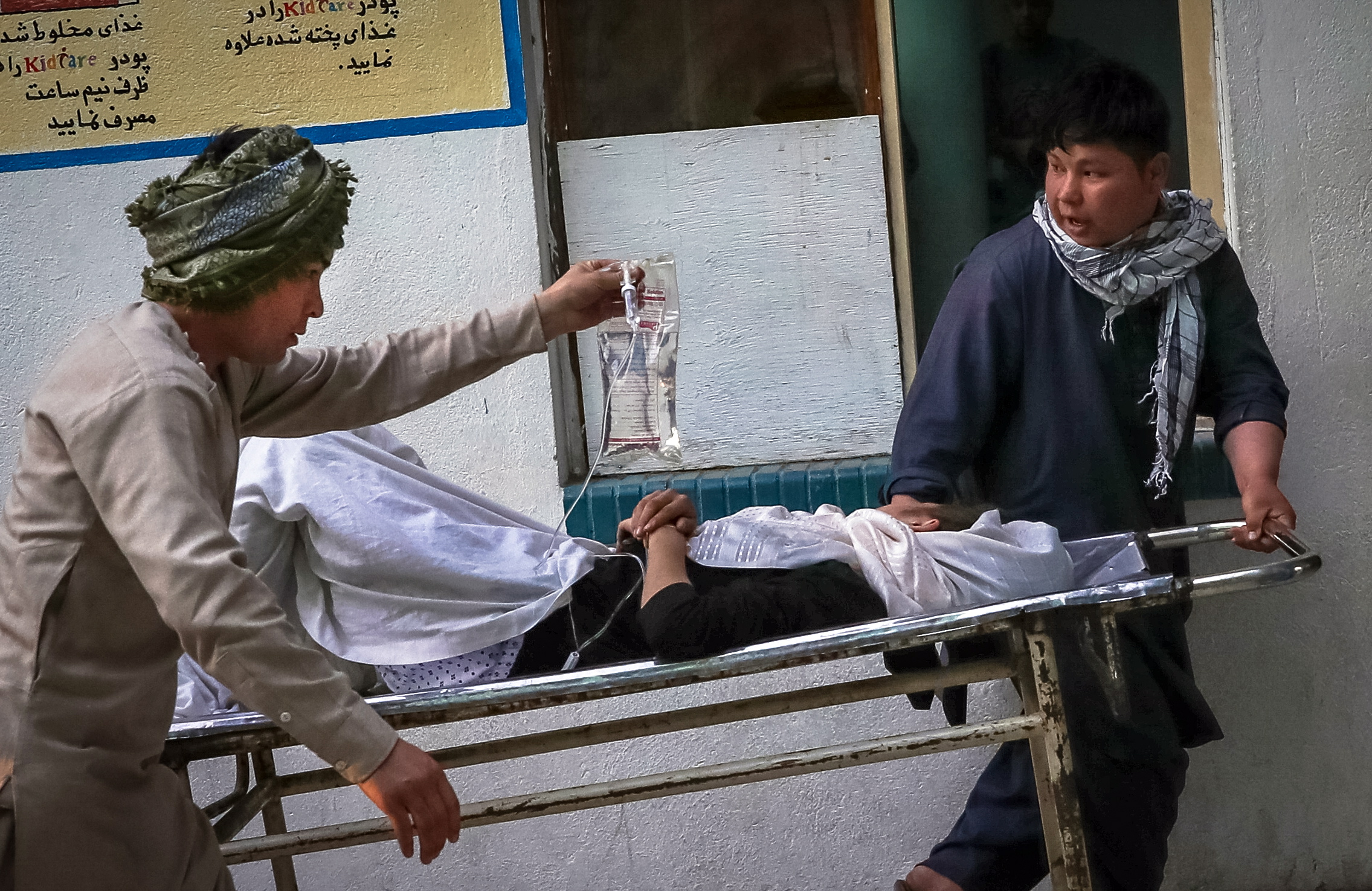 However, Biden refuses to bend and insists he will stick to the August 31 deadline to complete the withdrawal – potentially abandoning thousands to their fate under the ruthless rule of the Taliban.

The Taliban are believed to set Afghanistan back 20 years, returning to the medieval morality laws and punishments which saw people flogged in the streets and women executed in football stadiums throughout the 90s.

The US President cited the threat of ISIS-K as to why he wants to get all US personnel out before the deadline – which the Taliban have also insisted they will not change amid ominous veiled threats.

Biden said: "We are currently on pace to finish by August the 31st. The sooner we finish, the better.

"Each day of operations brings added risk to our troops."

James Clapper, the former Director of National Intelligence, described them as one of "six or seven" ISIS affiliates around the world.

And he told CNN he could not rule out an alliance between the Afghan Taliban and ISIS-K.

Britain had been pushing for the US to secure more time – with the disaster in Afghanistan putting a fracture in the so-called "special relationship". 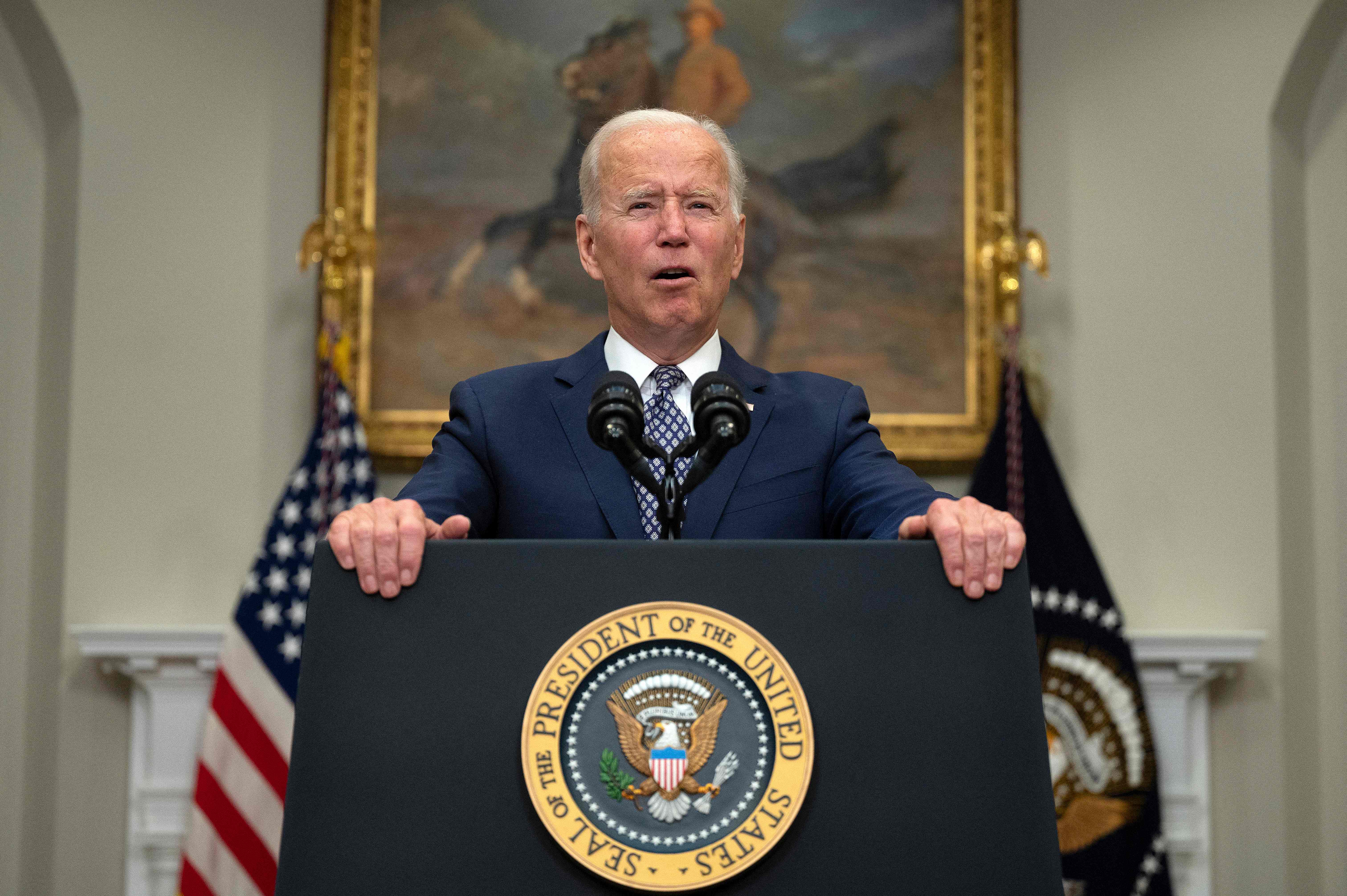