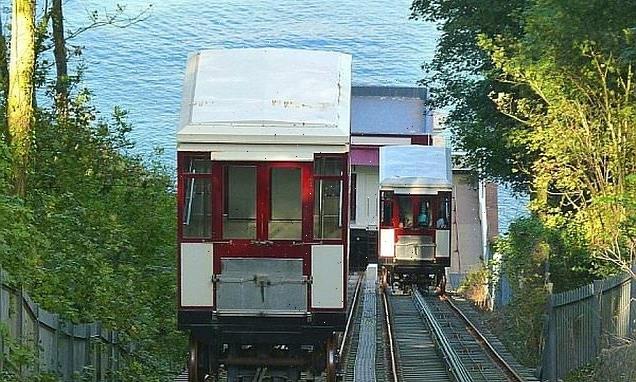 Police are investigating after a person was seriously injured on a cliff railway in Devon on Sunday.

Officers were called to an ‘industrial incident’ at the Babbacombe Cliff Railway, Torquay, at about 10.10am on September 4.

The railway was closed and so was the nearby beauty spot Oddicombe beach, while Devon and Cornwall Police investigate.

Officers remained on the scene with a cordon in place and the Health and Safety executive has been informed. 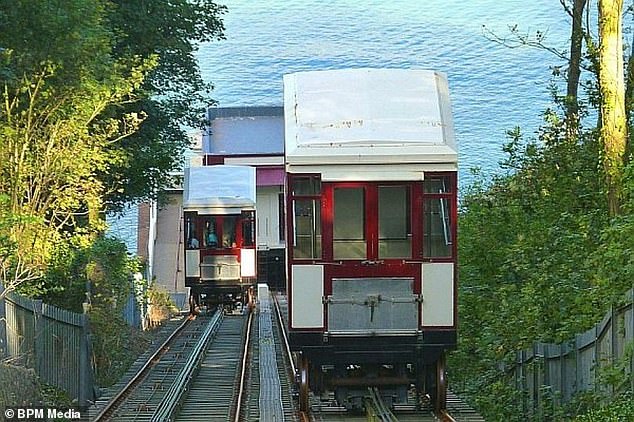 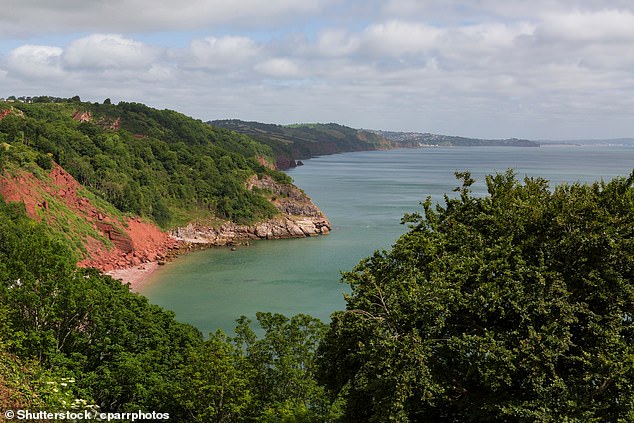 The beach at Oddicombe (pictured) was closed to the public along with the railway, while a police investigation took place

It takes passengers 220m between Oddicombe beach and the Babbacombe Downs on the cliff top.

Two cars operate on the funicular railway, each with a capacity of 40 passengers.

Funicular means the two carts are connected to each other as counterbalances, meaning as one ascends, the other descends at an equal speed.

At the end of the working day, a bell is sounded at the lower station to advise intending passengers that the last lift is about to leave.

The Force Incident Manager confirmed: ‘Police were called by the ambulance service to reports of an industrial incident at commercial premises in Torquay. One person has sustained serious injuries.

‘Emergency services remain at the scene and the Health and Safety executive has been informed.’

The beach at Oddicombe has been closed to the public, along with the railway. A cordon is in place and Oddicombe beach road is closed.

Two cars operate on the funicular railway. The line runs every day, with a closure period in winter for maintenance.