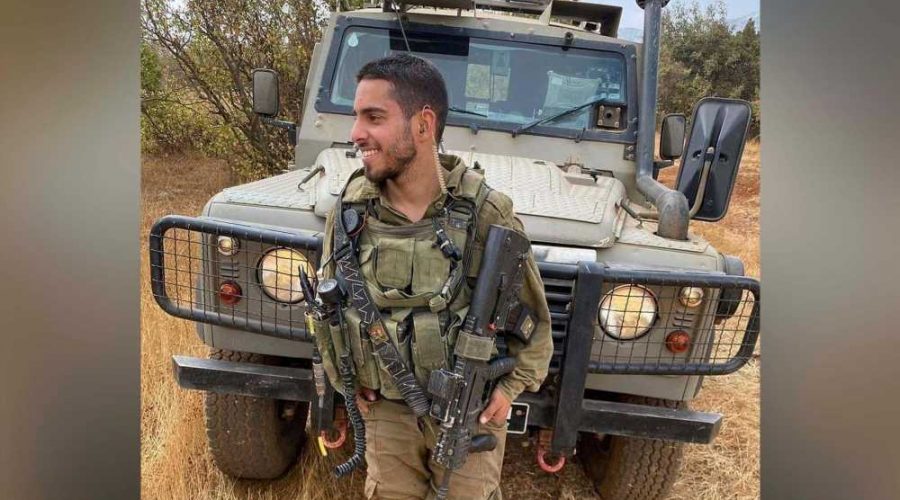 Fighting between Israel and Palestinians is worst since 2014 war

The anti-tank missile fired from the Gaza Strip on Wednesday killed a 21-year-old Israeli soldier — the first military death in the escalating Israeli-Hamas violence, officials said.

Tabib was “killed this morning by the anti-tank missile launched by the Hamas terror group from Gaza at Israel,” the IDF said in a statement, adding that one of the two soldiers who were injured is an officer.

Gil Timor, the deputy mayor of the Hof Ashkelon region, also suffered a moderate shrapnel injury as he helped pull the other men from the vehicle, the news outlet reported.

He and the wounded troops were taken to nearby hospitals in Ashkelon and Beersheba.

The military wing of Hamas had earlier announced it had targeted an Israeli military jeep across from northern Gaza with the Kornet guided-missile attack.

Gaza militants have launched more than 1,000 rockets since Monday, according to the IDF, which has carried out hundreds of airstrikes on Islamist groups in the crowded coastal enclave.

Meanwhile, the Israeli security agency Shin Bet has identified the four top commanders in Hamas’ military leadership killed by the IDF in its coordinated strikes in Gaza City and Khan Younis.

The agency identified them as Bassem Issa, commander of Hamas’ Gaza City brigade; Jamaa Tahla, head of its cyber command and responsible for improving rocket accuracy; Jamal Zabeda, head of research and special projects in weapons productions; and Hazzem Hatib, chief engineer in its weapons production department, the Times of Israel reported.

The Shin Bet also said Sami Radwan, who led Hamas’ technical intelligence department, and Walid Smali, who was in charge of industrial equipment for its weapons production department, were killed in an earlier attack.

“In addition, 10 other operatives from Hamas’ weapons production and research and development department were killed,” the agency said.

Israeli Prime Minister Benjamin Netanyahu said: “We eliminated senior Hamas commanders and this is just the beginning. We will inflict blows on them that they couldn’t even dream of.”

Hamas confirmed the deaths of Issa and his “brothers-in-arms,” the Times of Israel reported.

“With pride, fortitude and defiance, the Izz al-Din al-Qassam Brigades take pride in … the martyrdom of the commander Bassem Issa,” the group’s armed wing said.