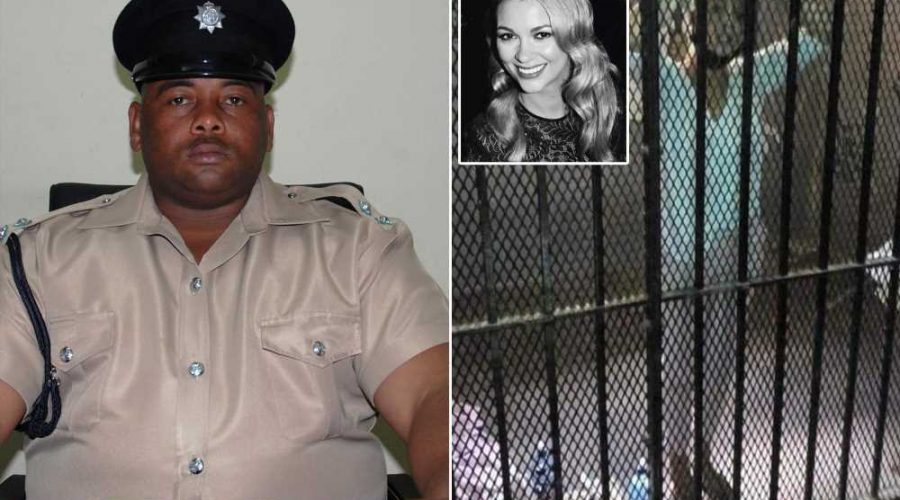 Who is Jasmine Hartin, socialite charged in Belize cop death?

Jasmine Hartin is getting no family love as she languishes in a notorious Belize slammer after she was charged in the shooting death of a top cop in the Central America country, according to a prison worker.

The 32-year-old socialite has not been visited by her longtime partner, Andrew Ashcroft, 43 — son of British billionaire Lord Michael Ashcroft – or relatives since being locked up at the Belize Central Prison last week, The Sun reported.

“I’ve been here from Monday, all the time that she has been here, and I’m certain that Jasmine hasn’t had any visits from her family,” prison worker Ashburn McPherson told the news outlet.

“A friend came by on Saturday morning and he said he was a family friend,” McPherson said. “Her lawyer Godfrey Smith also came during the week and brought her some cash — $500 — and clothes.”

He added: “Jasmine looked normal when I saw her, well put together and nice. She was wearing her own clothes, long pants and a blouse.”

The Canadian-born woman has confessed to authorities that she was practicing loading a Glock handgun when it went off and killed San Pedro Superintendent Henry Jemmott on a pier on May 28 after a night of drinking, the Daily Mail reported.

Hartin said her longtime police pal had suggested that she buy a gun after she attended a party on May 22 in Belmopan, where a man suddenly became aggressive toward her.

“He made me unload the bullets from his gun and reload them, time and again, to practice for when I eventually got my gun license and my own gun,” she reportedly told investigators.

“We’re sitting on the pier and I start loading and unloading his gun again,” she told police. “‘The last time I did it, he took the bullets as I was unloading and placed them on the left side of him. I then put the gun, with the magazine clipped inside it, beside me to the right.”

Hartin said she picked up the pistol and tried to eject the magazine clip, but it was stuck.

‘”I struggled with it, trying to get the magazine out, when the gun suddenly went off. I had no idea it still had a bullet in the chamber,” she told police, describing the “living nightmare” of Jemmott’s body falling on top of her.

She was initially detained for questioning before being charged with manslaughter by negligence.

07/06/2021 World News Comments Off on Jasmine Hartin hasn’t had visits from family while in Belize prison: worker
Lifestyle