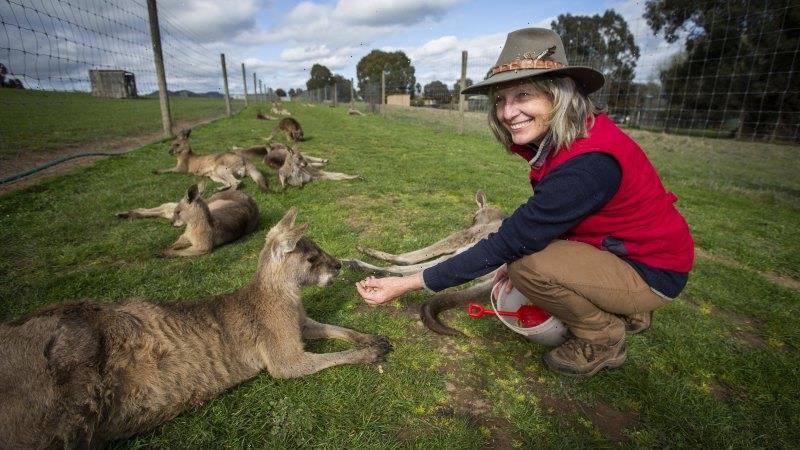 In Melbourne, it was shaking buildings and falling bricks that alerted people to the earthquake. In Mansfield, near the epicentre, it was the kangaroos.

They started hopping around when the tremor hit, said Mansfield Zoo’s Bronwen Wilson. “The other animals are just looking around like, ‘What the hell is going on?’ ” 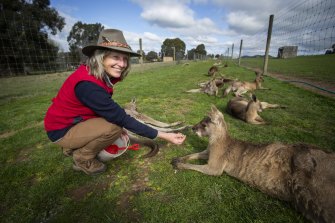 Nearby, 130 kilometres north-east of Melbourne and 10 kilometres below ground, the magnitude-5.9 earthquake was sending jolts that shook the city and could be felt as far away as Sydney.

Ms Wilson was just glad the glass on the meerkat enclosure didn’t smash, and that trees towering over the zoo didn’t come down.

“Jeez, it was pretty severe shaking, the windows were rattling,” she said. “How the windows didn’t break, I don’t know.”

There were no reports of injuries or structural damage in the town.

Aftershocks were recorded, but Mansfield locals said they had not noticed them.

In a local chemist, a shampoo bottle fell from the shelf when the earthquake hit soon after 9am on Wednesday.

Mansfield Shire mayor Mark Holcombe could hear rumbling coming through the valley towards his farm and ran outside.

“I was just standing outside on the lawn watching the house shake,” he said.

He was surprised at the intensity of the tremor, the loud rumbling of the earth and how long it lasted.

“It was quite noisy. I was surprised at how noisy it was,” Cr Holcombe said, adding birds had gone “berserk”.

Cr Holcombe was thankful the town was not having to deal with a clean-up. 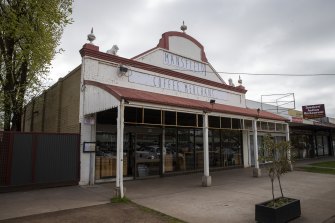 The Mansfield Coffee Merchant was listed as a tier-1 COVID exposure site on Wednesday.Credit:Paul Jeffers

Dean Belle was supposed to be celebrating his birthday on the ski fields at Mount Buller on Wednesday, but after the quake hit he decided to remain in Mansfield to check on his businesses, the Delatite Hotel and the Mansfield Regional Produce Store, both operated out of 100-year-old buildings.

“I could see the walls moving. I thought, ‘This is quite significant.’ A shaky way to celebrate my birthday.” 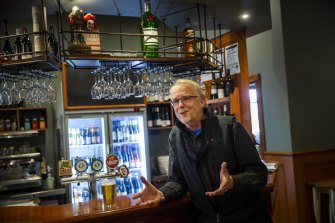 There was no damage to his properties and only a small clean-up was required, despite glasses shaking in their racks and a mirror falling off the wall of his home.

“At least I avoided seven years’ bad luck,” he said.

Mr Belle said there was “a nervousness in the air” afterwards, but attention quickly turned to coronavirus exposure sites in the town, a “double whammy” that struck on Wednesday.

Four venues including a tier-1-exposure coffee shop were identified by the Health Department.

Hundreds of residents were queuing up in their cars to get tested less than two weeks after lockdown rules were lifted there.

“In local terms, I’d say the earthquake – while it’s been interesting and [makes you think] ‘Whoa, what’s going on?’ – it’s affected us less than a COVID case in town,” Mr Belle said.

“Everything cleaned up in the scheme of things pretty quickly.”