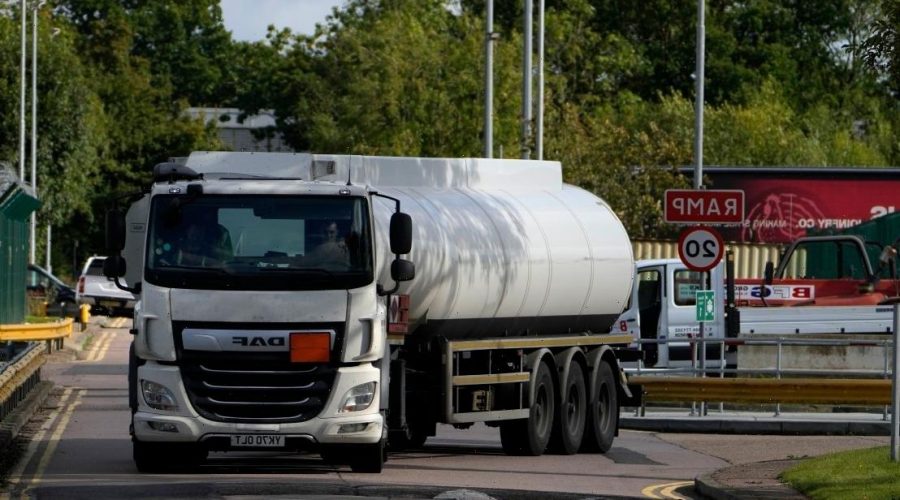 JUST 27 EU truckers have applied to work in the UK under the government's emergency scheme to tackle the fuel crisis, ministers have been told.

The setback could to lead to further delays in restocking petrol stations. 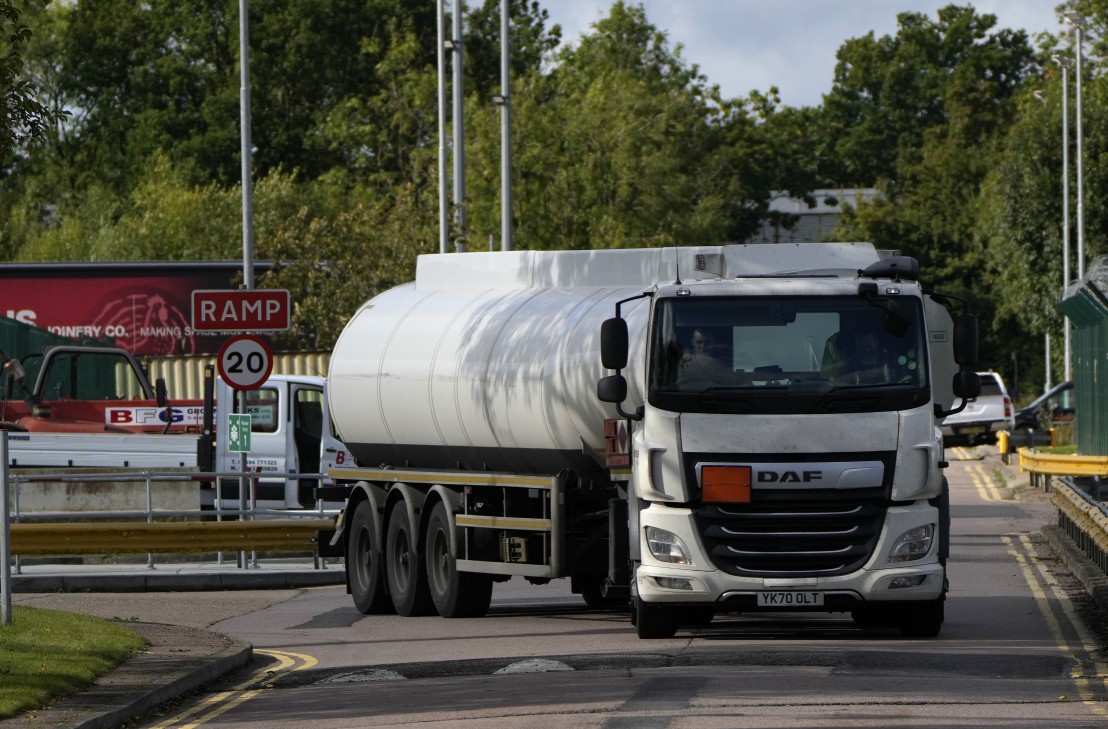 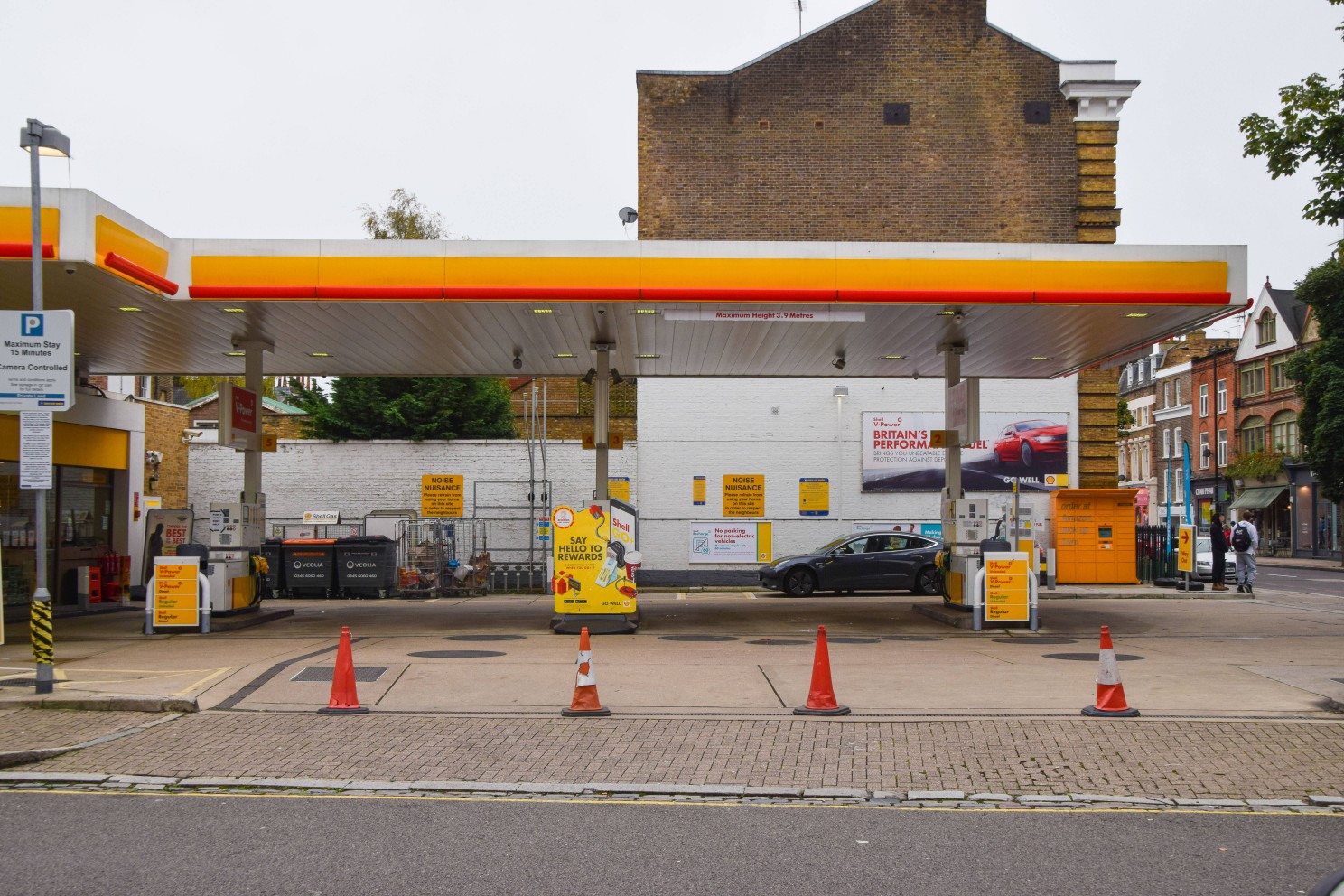 It means only a fraction of the 300 visas available for HGV drivers in the fuel industry are set to be taken up in a failure to replenish supplies.

The setback has infuriated Downing Street after it agreed to the demand by oil companies to fast-track applications.

And now wider plans to recruit a further 4,700 haulage drivers are on the cards later this month to alleviate the pressure on deliveries before Christmas.

They will be issued work visas lasting until March.

One source said ministers had agreed to the fuel scheme only after being told by the industry that it had the numbers ready to fill the 300 posts.

They added that the failure so far to recruit more drivers was likely to lead to further delays in restocking service stations and might force the government to rely on army assistance for longer.

Yesterday there were signs of improvement at the pumps but still about one in five petrol stations in London and the southeast were out of fuel.

There is now concern in Whitehall that having taken the “political hit” for relaxing post-Brexit immigration rules to deal with the crisis, the measures could prove ineffectual.

“These schemes were launched because this is what industry said they needed,” one government source said.

“But we’re yet to see the numbers promised coming through.”

Rod McKenzie, director of policy at the Road Haulage Association, said: “People don’t want to come unless it is a really attractive alternative. You don’t give up a well-paid job for a better-paid job if it will only last a few months.”

As the military began making deliveries to petrol stations yesterday, retailers warned that supplies in the capital and home counties may not be back to normal until next week but in the rest of the country the situation began to return to normal.

A hundred tanker drivers from the army and airforce were assisted by a hundred further military staff on navigation and other logistical issues as part of Operation Escalin.

The majority are being deployed at terminals that service London and the southeast including the giant Buncefield oil terminal in Hertfordshire.

It comes as army drivers have started delivering fuel to the forecourts – as Boris Johnson warns disruption could last until Christmas.

Troops have hit the roads for the first time as part of Operation Escalin although long queues for petrol were spotted forming this morning.

And amid the chaos, a boy, 15,has been charged with murder after a man died following a horrific attack at a petrol station.

Thomas Mallaby, 40, was attacked on the forecourt of a fuel station in the early hours of Sunday morning in the village of Annfield Plain in County Durham, cops said.

And there have been extreme concerns from doctors and care workers unable to get to work because of fuel shortages.

Campaign group EveryDoctor warned many NHS staff could not get in for their shifts on Monday after panicked Brits cleaned out petrol stations over the weekend. 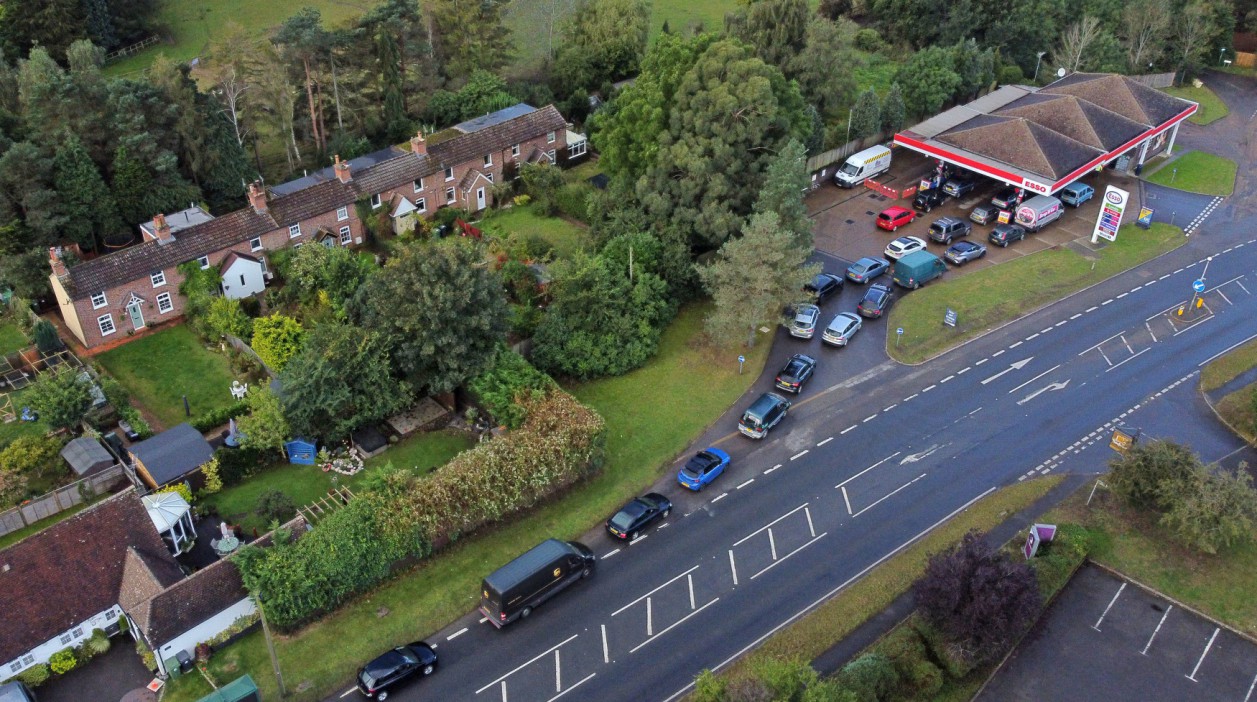