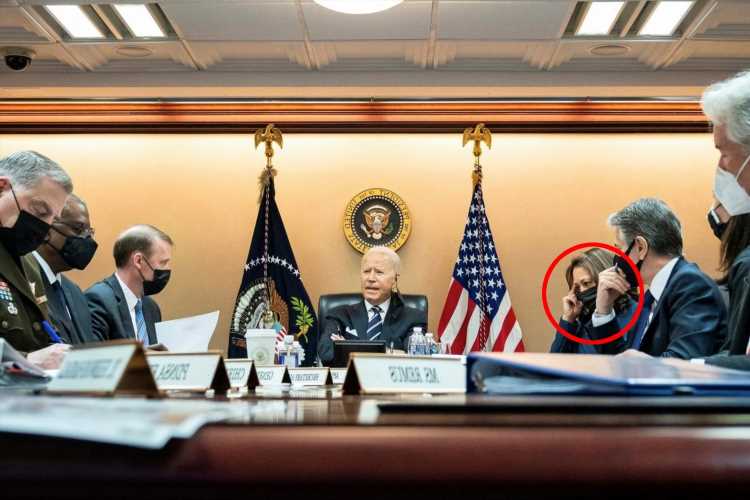 KAMALA Harris has finally been seen at Joe Biden's side after days of silence on the chaos in Afghanistan that she green-lighted.

The Vice President appears to have wanted to keep a low profile at the Wednesday meeting with the national security team, with her face hidden from cameras. 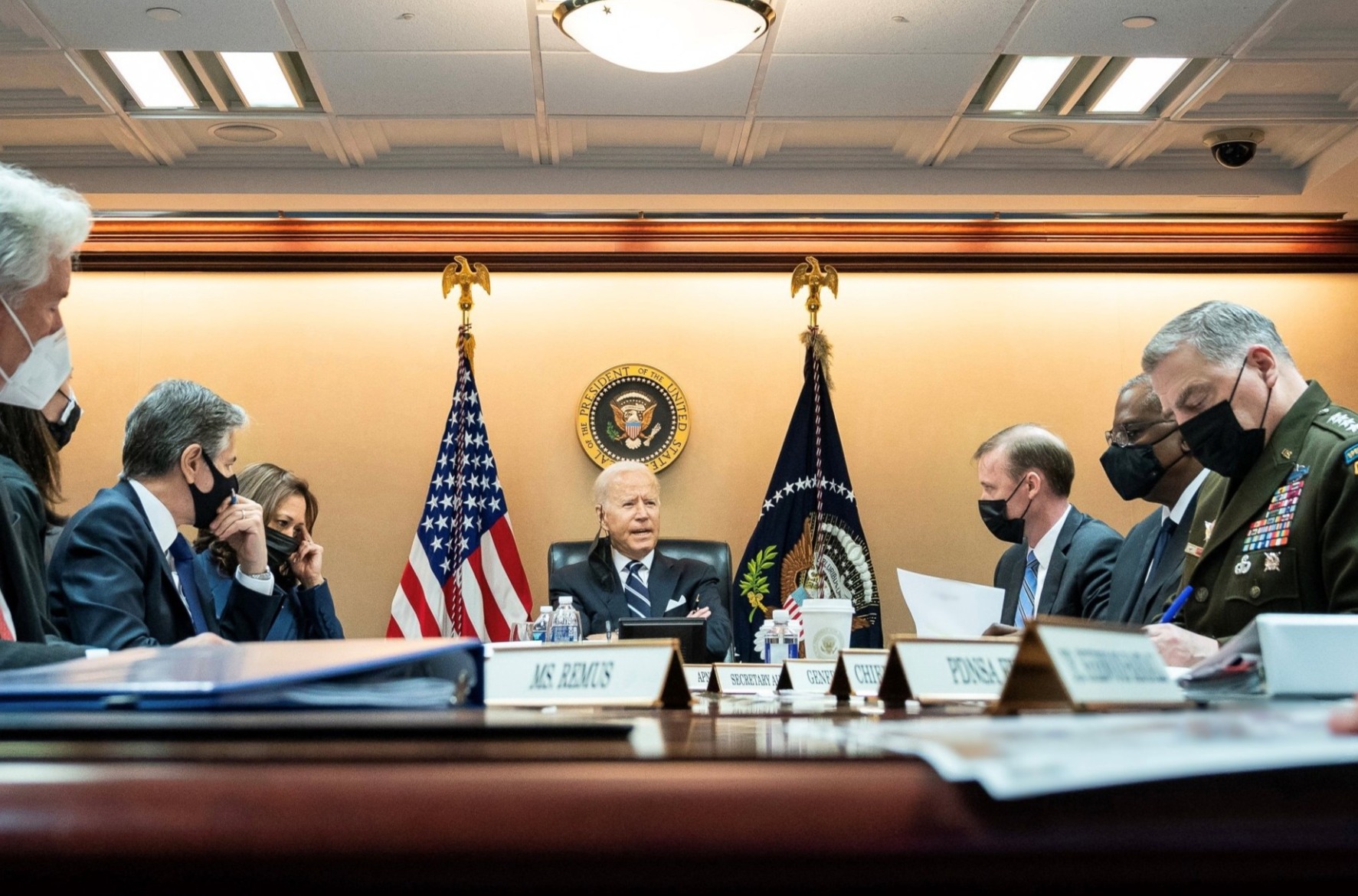 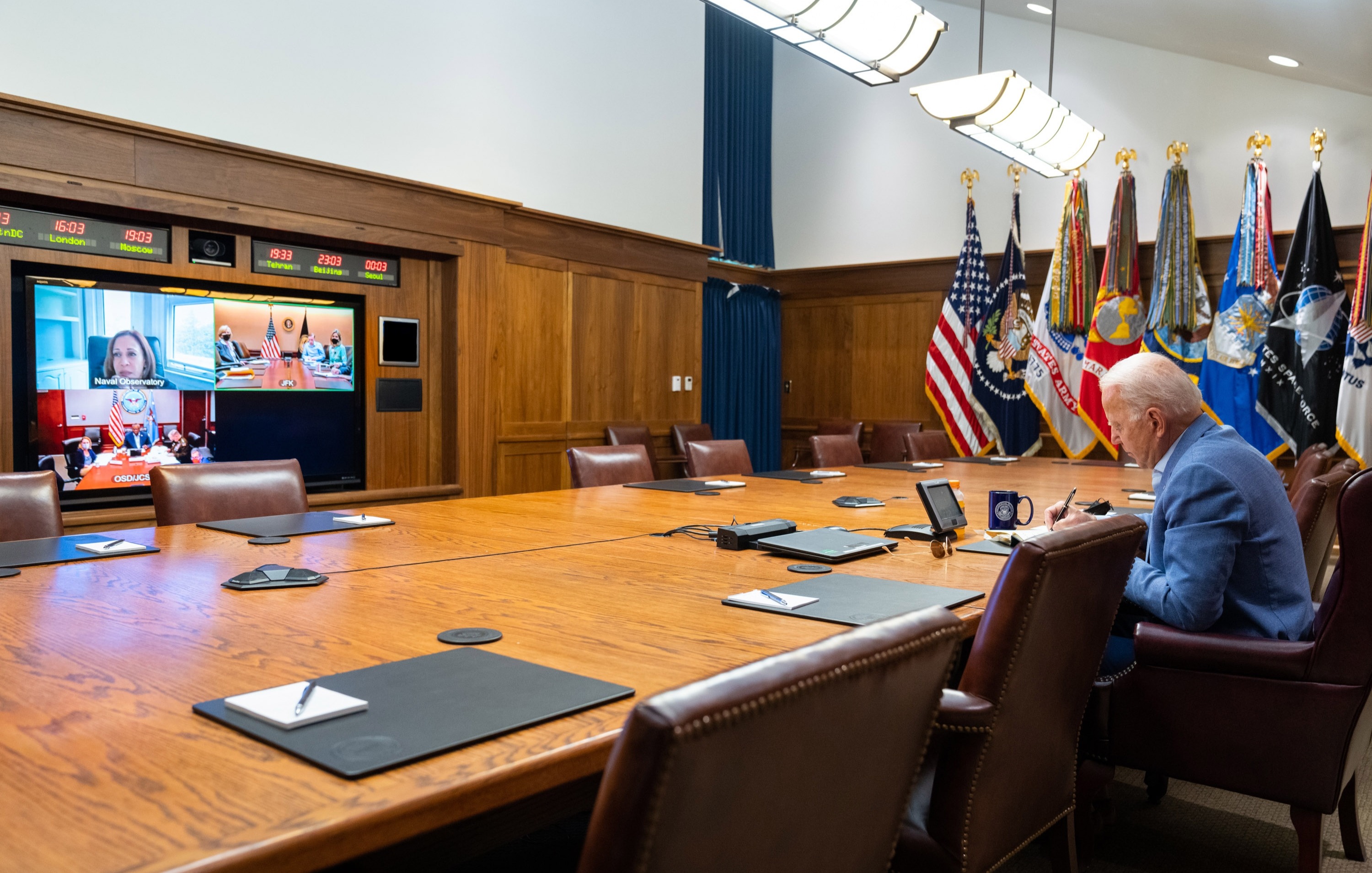 Harris had said she was “the last person in the room” when Biden decided to pull troops from the country in April.

But since the Taliban takeover, Harris had not been seen in public, appearing only in still photos and speaking via Twitter statements.

The White House tweeted a picture of the meeting showing Harris sat at the end of the table, her hands to her head.

They wrote: "This morning, the President and Vice President were briefed by their national security team on the evolving situation in Afghanistan.

"They discussed the evacuations of U.S. citizens, SIV applicants, and vulnerable Afghans, and the monitoring of any potential terrorist threats."

Biden was accused of telling “bald-faced lies” as he defended his handling of the crisis in Afghanistan in the car crash interview.

He also sparked fury by saying "no one is being killed" in the chaos around Kabul airport.

Harris is due to speak at the annual convention of the National Association of Black Journalists on Thursday.

She had said in April that she felt "comfortable" with the decision, despite Biden being "acutely aware that it may not be politically popular, or advantageous for him personally; it’s really something to see."

"This is a president who has an extraordinary amount of courage," Harris said of the removal of troops.

"He is someone, who I have seen over and over again, make decisions based on what he truly believes… is the right thing to do."

Harris has also been taunted over her planned visit to Vietnam after the crisis in Afghanistan was compared to the fall of Saigon.

Following news of Harris' trip to the country former White House press secretary, Sean Spicer tweeted: "The VEEP writers could not have scripted this better."

After earlier attempting to take credit for the decision, she is now shying away from her comments in the wake of the Taliban taking control.

Desperate Afghans have rushed to flee the country – with thousands risking their lives in the process.

Harrowing videos show stowaways falling to their deaths after being thrown from a transport aircraft taking off from Kabul airport as they clung to it. 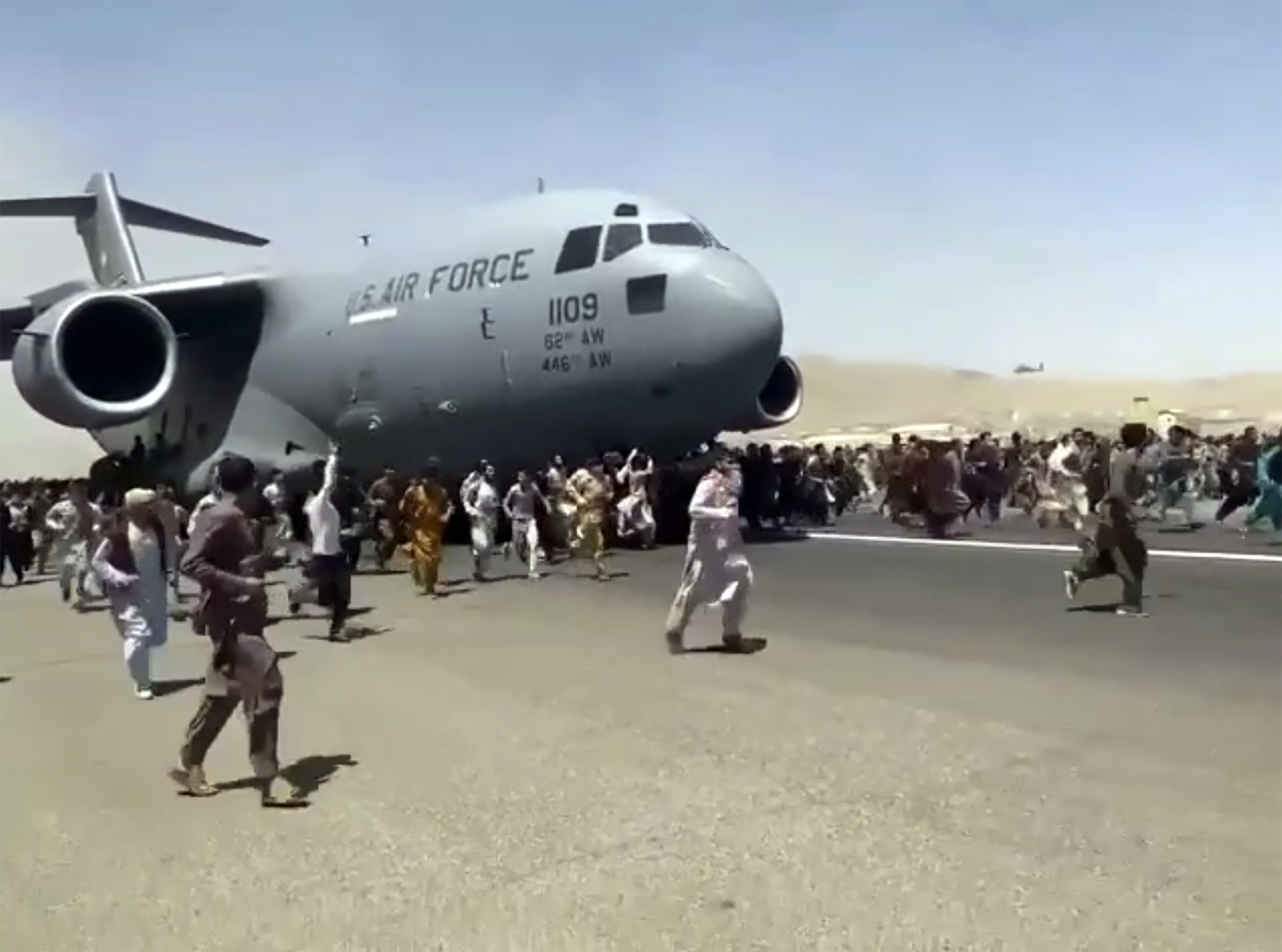