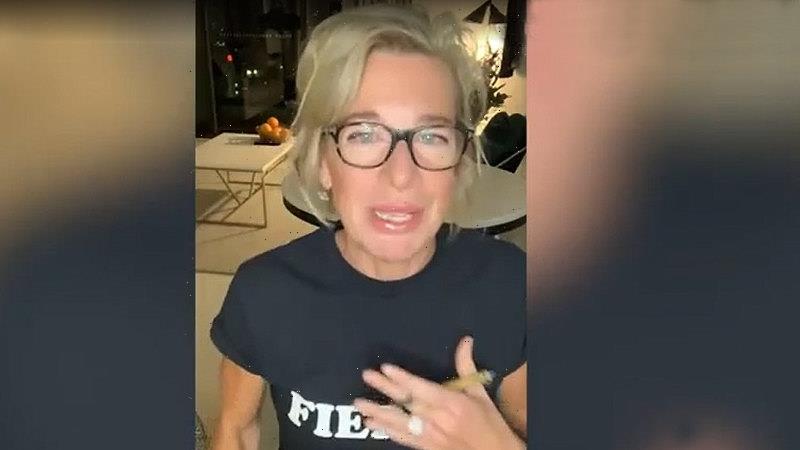 Far-right commentator Katie Hopkins has been dumped from Channel 7’s Big Brother VIP a day after boasting about flouting infection controls while in hotel quarantine in Sydney.

Ms Hopkins told her 261,000 Instagram followers she had opened her door to guards naked and not wearing a mask to “call out” Australia’s quarantine system and lockdowns. 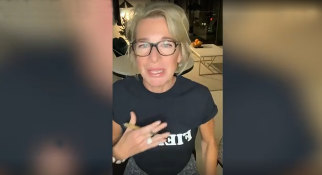 Katie Hopkins mocks the hotel quarantine safety rules upon her arrival in Australia.Credit:Instagram

“What I want is the sergeant in the foyer to come up and tell me off so that I can stand there naked while he tells me off,” she said.

She said it was her way of “calling out” lockdowns, which she described as being the “greatest hoax in human history”.

The Guardian reported Ms Hopkins was dumped after breaching her contract.

Home Affairs Minister Karen Andrews directed her department to urgently review whether Ms Hopkins was abiding with the terms of her visa, calling her behaviour despicable, while Deputy Prime Minister Barnaby Joyce told Ms Hopkins to “pack your bongo and get out”.

Amid a growing political storm, Channel 7 issued a statement saying Ms Hopkins was not part of Big Brother VIP.

The provocative post came as 12 million Australians were locked down in NSW and Victoria. On Sunday it was revealed a fourth Sydney resident had died from the virus.

Ms Andrews said: “It is despicable that anyone would behave in such a way that puts our health officials and community at risk.

“I have directed Australian Border Force to immediately consider the facts of this matter and urgently review whether this individual is complying with the requirements of her visa.”

Ms Hopkins hosted a national talkback show on British radio station LBC but left in 2017 after posting on Twitter there should be a “final solution” in the aftermath of the Manchester terrorist attack.

She was permanently banned from Twitter last year for what the company described as “violations of our hateful conduct policy”, and was detained in South Africa in 2018 for allegedly spreading racial hatred.

But she has found a home on Australian television screens, having appeared on Sky News’ Outsiders program six times last year and this year.

At least 30,000 Australians remain stranded overseas and passenger caps for those returning have been halved to about 3000 a week.

Ms Hopkins said she had managed to get into the country thanks to her career of being a “gobby mouth”, and said it was “bullsh-t” that Australians were stranded overseas.

Federal Health Minister Greg Hunt said the actions as outlined in media reports were “dangerous, irresponsible and apparently deliberate” when questioned about her behaviour at a press conference on Sunday afternoon.

“In my view, if the facts are borne out of deliberately exposing someone to potential contact … then the strongest action should be taken,” Mr Hunt said.

When asked whether celebrities should be allowed entry to the country when thousands of Australians were stuck abroad, he said: “I’ll leave that to the media organisation that sought the exemption.”

The celebrities’ arrivals came after NSW Health granted them an exemption and are in addition to the caps on returning Australians.

Mr Joyce, who pursued actor Johnny Depp and his then wife Amber Heard over failing to quarantine their dogs Pistol and Boo, said he would have “no problem sending home someone who wants to flout our laws”.

“If you want to do that, pack your bongo and get out of the country,” he told the ABC’s Insiders program on Sunday.

Victorian Premier Daniel Andrews said Ms Hopkins was an attention seeker, and he wasn’t going to feed her desire for attention.

“Some of these people just want us to talk about them, and that’s why they perhaps take some of these outrageous positions, so I’m not going to feed into that, I’m just not,” he said.

“If you want to know about who gets in and why and how, then you need to speak to the Immigration Minister, whoever that is these days.”