In my office during the latter part of the 1980s and the early 1990s, we had a nickname for the Reserve Bank – the Reverse Bank.

And what earned the Bank that nickname was that the Bank was too slow lifting interest rates in the face of the commercial bank credit bubble of the late 1980s and too slow in getting rates down in the early 1990s. 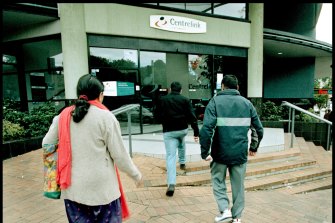 This gave Australia a recession deeper than it would have otherwise had, notwithstanding that the commercial banks’ crazy credit behaviour had to be stopped and gains against inflation had to be protected.

As Treasurer, I personally wore the cost of the Bank’s indolence in the task of smashing inflation – as it turned out, an outcome which gave Australia 30 years of low inflationary growth thereafter.

And as a measure of my voluntarily agreeing to give the Bank more discretion over interest rates, as Prime Minister, I wore the Bank increasing interest rates by 2.75 per cent, 275 basis points, in 1994 – at great political cost to me.

No one in Australian public life had done more to lift up the Reserve Bank while giving it a singular discretion over interest rates than I did. And no one carried a greater cost of it. 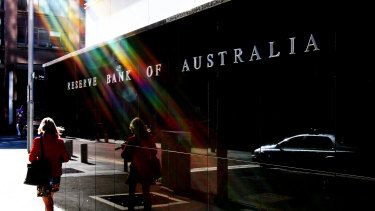 Peter Costello’s letter about so-called independence was simply a costless acknowledgment of a structural change that I had already set into place.

But the Reserve Bank is now having another one of its dalliances with indolence.

Knowing full well that monetary policy can now no longer add to nominal demand – something that now, only fiscal policy is capable of doing – the Reserve Bank is way behind the curve in supporting the government in its budgetary funding measures.

For a moment, it showed some unlikely form in pursuing its 0.25 per cent bond yield target for three year Treasury bonds and a low-interest facility for banks.

But now, after 600,000 superannuation accounts were cleared and closed down, with 500,000 of those belonging to people under 35 – a withdrawal of $35 billion in personal savings – and further demands arising from the employment hiatus in Victoria, the Deputy Governor of the Bank, Guy Debelle, yesterday strolled out with debating points about what further RBA action might be contemplated. 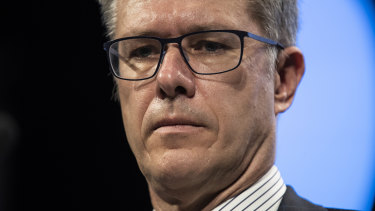 As history has shown, when a real crisis is upon us, the RBA is invariably late to the party. And so it is again.

The Act says the Bank and the government should endeavour to agree on policies which meet that objective – in this case, employment.

In other words, the Bank should be explicitly supporting the government so the country does not experience a massive fall in employment – impacting particularly on younger workers – those who have already been obliged to wipe out their superannuation savings to support themselves.

But instead of that, in funding a level of government outlays by buying appropriate levels of government debt and locking it away on its balance sheet, thereby making the government’s funding task much easier and support for the country better, the Deputy Governor conducts a guessing competition on what incremental step the Bank might take to help. It has to be remembered, these are the high priests of the incremental. Making absolutely certain that not a Bank toe will be put across the line of central bank orthodoxy. 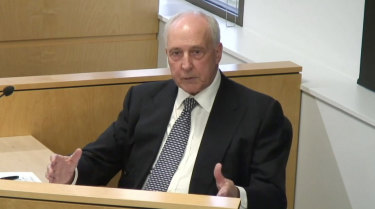 Certainly not buying bonds directly from the Treasury. Wash your mouth out on that one. What would they say about us at the annual BIS meeting in Basel? Not even ambitiously buying sufficient bonds in the secondary market, like the European Central Bank or the Bank of Japan.

The RBA should return its eye to the Reserve Bank Act. Its job is to help the government meet the task of full employment. Price stability has been more than achieved.

So, the Reserve Bank might do as it was set up to do – help the government. Be a utility. Shoulder the load. And in a super-low inflationary world, that load is funding fiscal policy. Mountainous sums of it.

In an economic emergency of the current dimension that means putting the orthodoxy into perspective and doing what is sensibly required.

The problem about central banks – and this is true of the Reserve Bank of Australia – is that it has become a sort of deity, where lesser mortals might inquire, however respectfully, what the exalted priests might be thinking or have in mind for their prosperity or the country at large.

The only difference between the deity and those to be governed is that the Governor and his deputies do not wear clerical collars and black suits. But that is the only difference in their comport and attitude.

The Reverse Bank has to quickly rediscover the gear stick and make the shift back to forward.

23/09/2020 World News Comments Off on Keating: The ‘Reverse Bank’ has to quickly rediscover the gear stick
Lifestyle