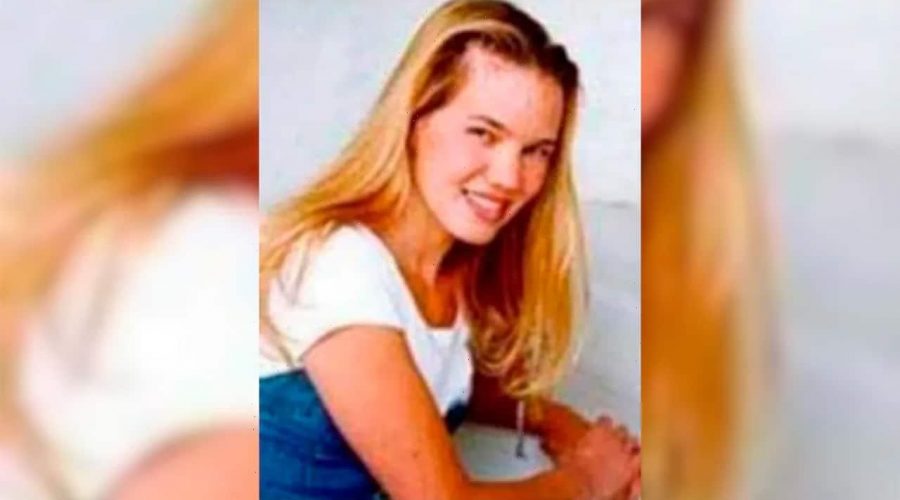 A California father and son have been charged in connection with the 1996 disappearance of 19-year-old college student headed back to her dorm after a party.

“It has been 24, almost 25 years since Kristin went missing, 24 years without a resolution – until today,” San Luis Obispo County Sheriff Ian Parkinson said during a Tuesday afternoon news conference on the California Polytechnic State University campus, where Kristin Smart had gone missing on her way home from a party on May 25, 1996.

“I’m here this afternoon to announce the arrest of Paul Flores for the murder of Kristin Smart, and the arrest of his father, Ruben Flores, as an accessory to the murder,” he continued.

He said the search warrants were sealed and that he could not reveal what new evidence ultimately led to the break in the case. And he said he was confident police were making progress in the search for Smart’s remains, which have never been found.

“We’re gonna continue until we find her,” he said.

Smart’s family released a statement moments after the sheriff wrapped up his news conference – calling a “bittersweet day.”

“It is impossible to put into words what this day means for our family,” the family wrote in a lengthy, heartfelt statement. “We pray it is the first step to bringing our daughter home.”

Authorities arrested Paul Flores, whom Parkinson declared the prime suspect in the last month, Tuesday morning in San Pedro on a single murder charge. His 80-year-old father, Ruben Flores, was also arrested at his home in Arroyo Grande, charged with being an accessory to a crime. Investigators had combed the father’s property with ground-penetrating radar and cadaver dogs last month.

“The knowledge that a father and son, despite our desperate pleas for help, could have withheld this horrible secret for nearly 25 years, denying us the chance to lay our daughter to rest, is an unrelenting and unforgiving pain,” the family’s statement continued. “We now put our faith in the justice system and move forward, comforted in the knowledge that Kristin has been held in the hearts of so many and that she has not been forgotten.”

Smart was a 19-year-old student at Cal Poly in San Luis Obispo when she went missing in 1996. Flores, who at the time was also a student there, is believed to have been the last person seen with her before she went missing on the way home from a party.

The now 44-year-old Flores has denied wrongdoing for nearly 25 years and invoked his Fifth Amendment right not to answer grand jury questions related to the case.

Parkinson said additional charges could be forthcoming with the case was now in the hands of the district attorney’s office.

But before turning it over, he said investigators had collected three terabytes worth of data and that he was confident prosecutors could prove the murder charge beyond a reasonable doubt.

“Since I came into office in 2011, we have served over 41 search warrants on this case, done physical searches of 16 different locations…a complete reexamination of every physical item seized, submission of 37 items of evidence from the early days of the case for modern DNA testing, recovery of 193 items of physical evidence, new physical evidence,” Parkinson said. “We’ve conducted approximately 137 person-to-person interviews, and in addition, completed over 500 additional police reports.”

Parkinson said he believed investigators were also closer to finding Smart’s remains and were serving search warrants in search of new clues to her final location. 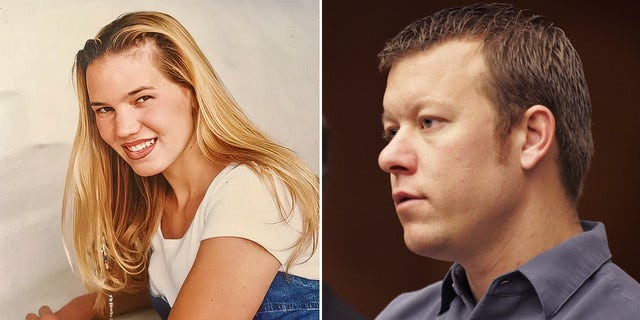 Kristin Smart who disappeared in 1996 and Paul Flores, prime suspect in the disappearance, appearing in Superior Court in Torrance with his attorney in 2006.
(AP/Getty Images)

The sheriff credited “Your Own Backyard” podcaster Chris Lambert with raising awareness of the story – which led to new tips coming in from all over the country. He said Lambert’s efforts reached former students and other transplanted San Luis Obispo residents who may have moved in the decades following Smart’s disappearance.

In their statement, the Smart family noted that, “We could be remiss if we did not acknowledge the exceptional skills, indefatigable work and unselfish dedication of Christopher Lambert.”

They also thanked a number of other investigators who worked on the case.

“To HEAL, we must REMEMBER not only Kristin but also every heart that carried Kristin and our family in theirs!” they wrote. “Kristin’s story is ultimately one of unwavering commitment, resilience and immense gratitude.”