LeBron James had a choice: go high or go low.

This wasn’t an on-the-court decision, deciding whether to take to the air or lower the shoulder and grind in the paint. The game was already over. The Lakers had evened up their opening-round series against the Blazers.

James was asked in his postgame availability about his hometown of Akron, Ohio, in the context of President Trump’s call for a boycott of Goodyear Tires. Trump demanded the boycott of an American company — like so much else over the last four years, a rare if not unprecedented step for a president — after an image circulated on social media purportedly asking Goodyear employees not to wear political garb such as “Make America Great Again” hats. (Goodyear, for its part, released a statement addressing “misconceptions about our policies and our company. Goodyear has always wholeheartedly supported both equality and law enforcement and will continue to do so.”) 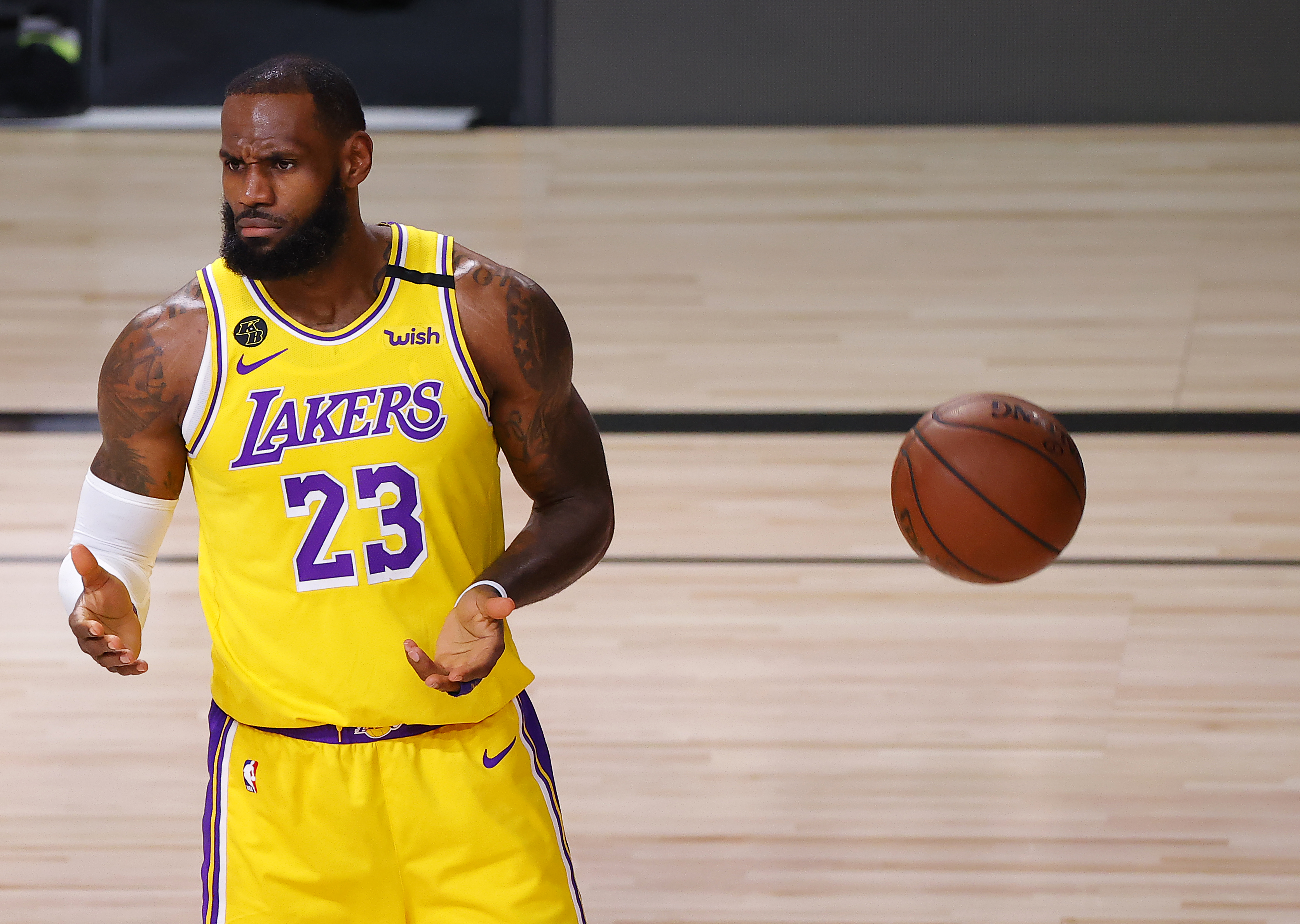 Goodyear was founded in Akron in 1898, and ranks as the city’s fourth-largest employer. James’ connection to his hometown is well-known, extensive and lifelong, so it’s not surprising he’d have a strong opinion.

James has gone low in these situations before. His infamous “U bum” reply to President Trump was a landmark, unprecedented shot across the bow: the most famous athlete in America slagging a sitting president. More recently, he sidestepped Trump’s critique of the NBA by scoffing that “I really don’t think the basketball community are sad about losing his viewership, him viewing the game.”

He could have done the same thing Thursday night, could have called out Trump on an entire range of possible critiques. But he opted to focus on the positive, speaking for a full minute on the city and its people. He didn’t once mention Trump’s name.

“I know my people of Akron. I know what Goodyear means to our city,” James said. “One thing about us, we don’t bend, we don’t fold, we don’t break for nobody. I’m not worried about that. Not only has Goodyear been good for our city, but for the history of our country, and what they represented. It’s an unbelievable brand, unbelievable history. So we stand strong, always united, especially in my city. We always felt like we’ve been counted out, being a small city, and that’s what makes us rally, makes us even stronger. Shout out and salute to all the workers, the men and women at Goodyear, over the course of their history, and to the city of Akron.”

It’s still a bit remarkable how unremarkable it is for James to get, and answer, questions that extend far beyond the world of basketball. There was a longstanding tradition, lasting right up until a couple years ago, that every press-scrum question of an NBA athlete must focus on the previous game; the next opponent; and maybe, if things got a bit chippy, a contract situation or ongoing beef.

Now? Now nothing’s off limits, regardless of how much it might irritate stick-to-sports fans. And James, at least, is happy to provide in-depth answers. He knows he’s a cultural inspiration to a wide swath of Americans, and he’s taking that responsibility seriously.

James has created a coalition, More Than A Vote, with the explicit aim of increasing Black voter turnout. He campaigned for Hillary Clinton in 2016 and plans to do the same thing for Joe Biden this year.

He knows this won’t be a universally popular move. Plenty of people surely would rather LeBron just, to quote Fox News personality Laura Ingraham, just shut up and dribble.

But that’s not happening, not this year and maybe not for the rest of James’ career. As Thursday night showed, he’s aware of his power, and he knows just how much a little message of support can mean to people who need to hear it.

But sometimes, rising above works, too. And it makes for a much cooler highlight.