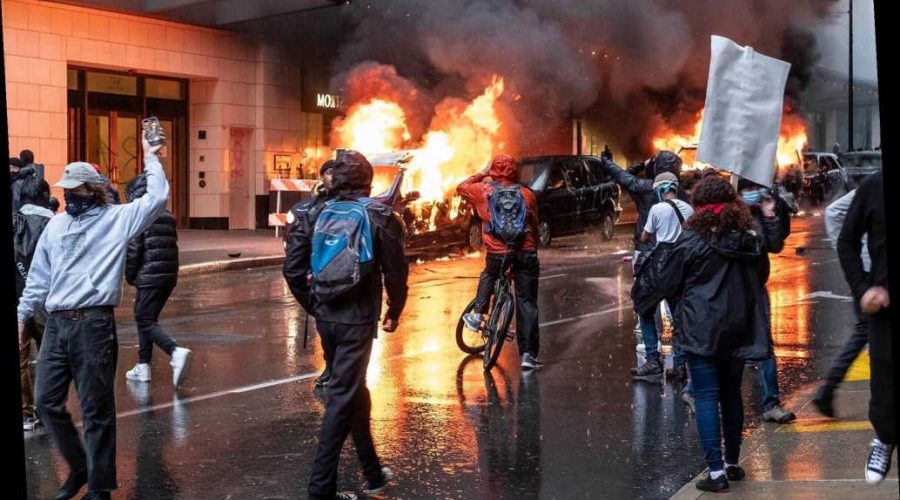 Merrick Garland is a great pick to restore confidence in DOJ

President-elect Joe Biden talked to his granddaughter yesterday, and here’s what she had to say:

“She said, ‘Pop, this isn’t fair,’” Biden said. “No one can tell me that if it had been a group of Black Lives Matter protesting yesterday, they wouldn’t have been treated very, very differently than the mob of thugs that stormed the Capitol. We all know that’s true, and it is unacceptable. Totally unacceptable.”

We’re not sure what country Biden’s granddaughter lives in — or Kamala Harris, who echoed the remarks — but it isn’t the United States.

Across the country, BLM and Antifa were coddled. Portland allowed them to set up their own autonomous zone in the middle of the city for months, and police and politicians did nothing. In liberal cities, politicians told cops to back off, and pushed for more lawbreakers to be released without bail or no charges.

The thugs who attacked the Capitol were met with officers fighting back at barricades and tear gas. Guns were drawn and in one case, deadly force was used.

The rioters were able to get the run of the Capitol because cops were vastly outnumbered and there wasn’t enough planning for an attack. Officials are already resigning or being fired because of that failure.

This was a horrible insurrection, and should be condemned. But Mr. Biden, don’t hypocritically try to rewrite the story of last summer’s riots to suggest that liberals weren’t permissive or that there’s some sort of double standard or racism at work here. We all saw what happened then, we all see what happened now.