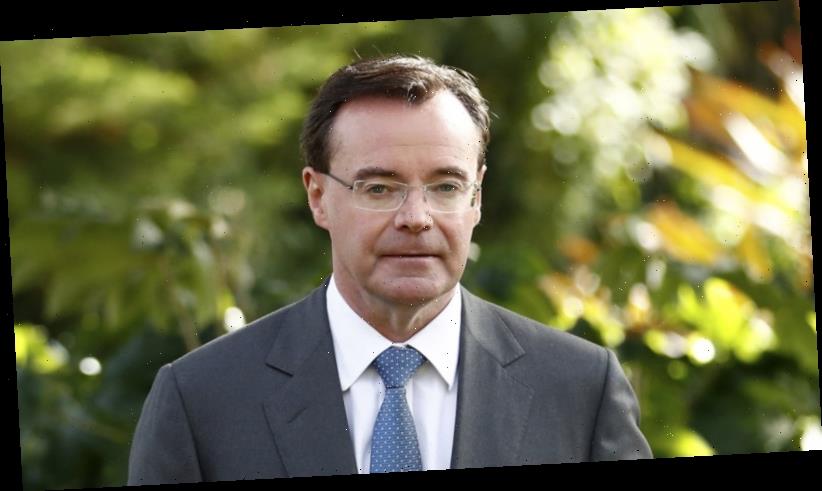 There is a giant elephant in the room at Liberal Party headquarters that no one is willing to address.

How do you tell long-serving MPs to step aside for new talent? 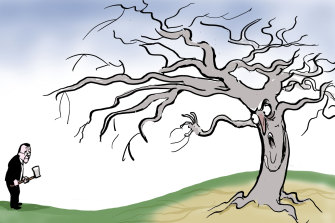 As it currently stands, the 31 members of the Victorian Liberal Party will have collectively racked up 439 years at Spring Street by polling day, a little over 14 years each.

More than half of the party room will have served 16 years or more in Parliament by November 2022.

And one in five Liberals, including Bruce Atkinson, Gordon Rich-Phillips and Bernie Finn, will have notched up two decades at Spring Street by polling day, meaning they will need to beg constituents for a little more time to deliver on their promises.

There are, of course, always exceptions. The Liberals leader in the upper house David Davis has marked 25 years on Spring Street. Yet he remains one of the party’s stronger performers in the media and hardest workers in the house. 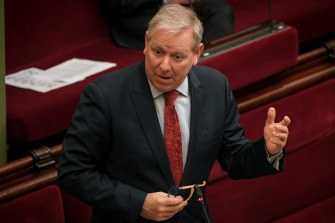 Liberal MP David Davis is a strong performer in the party.Credit:Eddie Jim

Institutional knowledge is vital in politics, but so are fresh ideas.

Labor has always been better at clearing out the deadwood holding back the party. There is a brutal yet beautiful simplicity to it.

An ALP elder or union heavyweight is sent out to give the tap on the shoulder. The message is simple, but unequivocal: “for the good of the party, your time is up”.

But this is the Liberal Party. The home of individual freedom and free enterprise, which makes it all the more harder.

There is a growing frustration in Liberal land about who should deliver the message to the seven or so MPs singled out by colleagues as having little more to offer and no chance of returning to the frontbench. 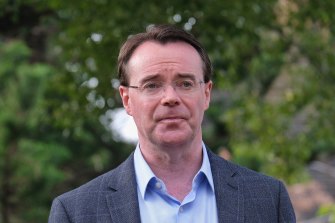 Victorian Opposition Leader Michael O’Brien is under pressure to freshen up the ranks.Credit:Luis Ascui

Party administrators want Opposition Leader Michael O’Brien and his leadership team to deliver the blunt message, claiming it’s not up to them. On Spring Street, there is a general consensus that it’s the job of the party machine to call time on these careers.

One Liberal MP recently mused that perhaps the party might benefit from some workplace reforms to encourage underperforming MPs to work a little harder, and dump those who don’t.

The proposal would see politicians who boost their margin offered protection from preselectors. Additionally, MPs who landed a blow on their opponents or contributed to policy formation would be rewarded with promotions or parliamentary positions that offer a little more cash.

Conversely, the party would encourage eager young Liberals to challenge pollies caught coasting. Think of it as a tiered reward scheme, but for Liberal politicians.

To the rest of us, this doesn’t sound so radical. Work hard and you’ll be looked after. In fact, it almost sounds like a Liberal Party slogan. Traditionally conservative MPs froth over incentive schemes or performance targets when it comes to public service, but not themselves. 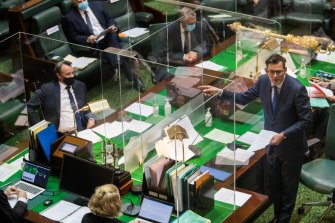 During the week, former National Party leader John Anderson, who served as deputy prime minister under John Howard, revealed he wants to re-enter politics due to “grave concerns” he holds for Australia’s future.

Anderson’s announcement added to the growing concern in Victorian Liberal circles that a number of rejected MPs – those voted out in 2014 or 2018 – want to make a comeback.

If social media is anything to go by, it appears the humiliation of losing a seat once held by Jeff Kennett has done little to dampen the enthusiasm of former Burwood Liberal Graham Watt.

Watt, who was dumped by voters in 2018, has spent the best part of 18 months acting like an MP in exile, ready to come back at any time. No community event or photo opportunity has been safe.

In the nearby seat of Ringwood, former Liberal MP Dee Ryall, who lost her seat despite a 5 per cent buffer, has published more opinion pieces in this city’s news media since leaving office than most of O’Brien’s frontbench.

While their work ethic should be commended, the Liberal Party should resist the urge to revive the political careers of all those knocked out at the last election. The voters have had their say. 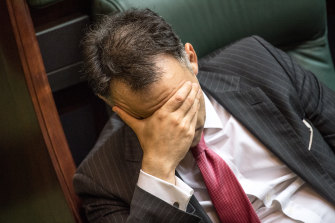 Former MP John Pesutto was considered a leadership contender before losing his seat at the last election.Credit:Justin McManus

Dumped MP John Pesutto was regarded as a leadership contender before he lost his safe seat of Hawthorn at the last election. He is one of a growing number of MPs expected to recontest in the November 2022 election. In this case, it might just be worth the risk given the skills and professionalism he would bring to the frontbench.

With a state election due in a little over 18 months, the Liberal opposition has its work cut out. Putting aside leadership rumblings, a lack of policies and the general difficulties facing all opposition during the pandemic, it must ensure deadwood and dumped candidates don’t hold it back from being the strong opposition this state deserves.

Change and renewal are always difficult in political parties.

But if the Liberals fail to renew, and allow rejected MPs to come back, it will ensure that its path of self-destruction continues indefinitely. It’s often said that the definition of insanity is doing the same thing over and over again and expecting a different result.

That’s what the Liberals seem hellbent on doing.