A sudden lightning strike hit a Texas parking lot on Wednesday and left behind a massive, 15-foot crater in the concrete.

The destructive bolt touched down in Fort Worth on Wednesday morning as a cold front wafted through the city and brought on onslaught of  heavy thunderstorms.

The moment electric moment happened at a Chevron gas station at the intersection of Shadydell Drive and Boat Club Road. 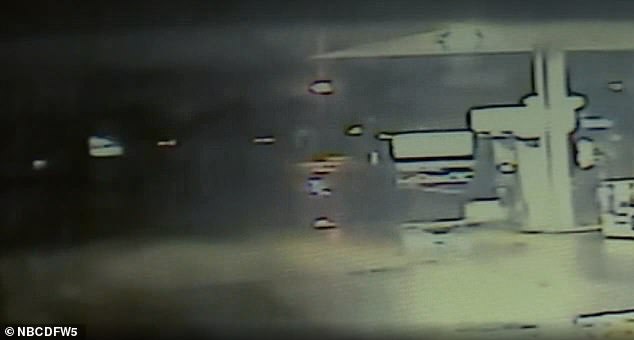 Surveillance footage captured the moment a lightning bolt struck the ground near a Chevron gas station in Fort Worth, Texas 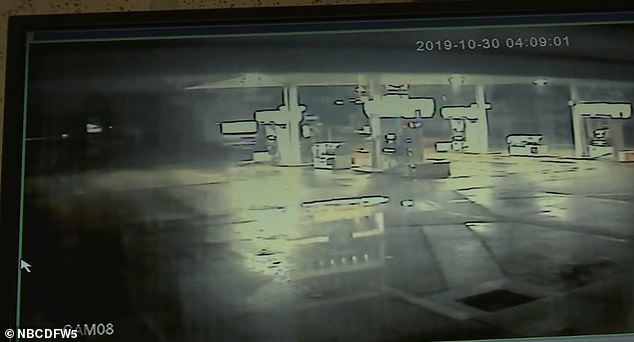 In a video captured by nearby surveillance footage, the area near the gas station pumps are completely deserted in the wee  hours of the morning.

Suddenly the quiet is broken by a sudden flash of lightning that sends concrete debris in all directions.

Smoke billows out of the 15- feet wide and three-feet deep hole.

The Fort Worth Fire Department says no one was injured by the lighting strike. 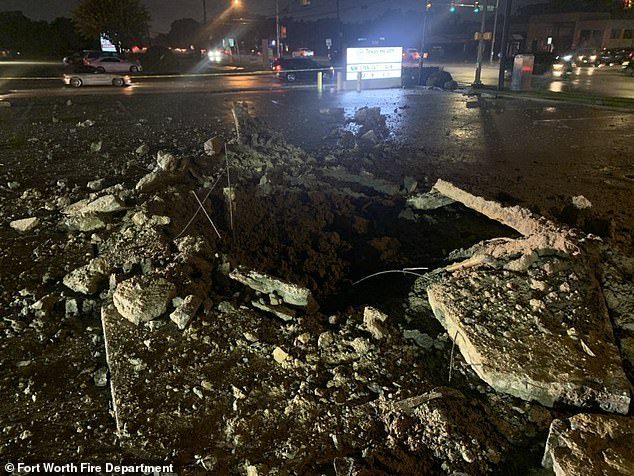 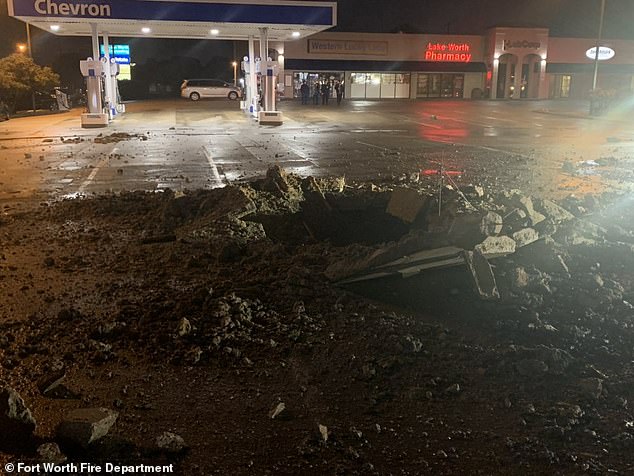 Pictured: the initial photos of the totaled parking lot from local authorities

Local authorities from Squad 2 arrived to the scene shortly after and secured the location.

As of 5.24am, the situation has been stabilized.

Photos from the Fort Worth Fire Department show the blown apart concrete laying in a heap of rubble and debris across the lot.

Some of farthest pieces almost reached the street and are blocked off by yellow caution tape.

A large section of the parking lot was blocked off from pedestrians.

It is unclear when initial clean up of the area will begin or how long it will take.

The rain is scheduled to persist in North Texas through Thursday as a Freeze Warning is currently in effect. 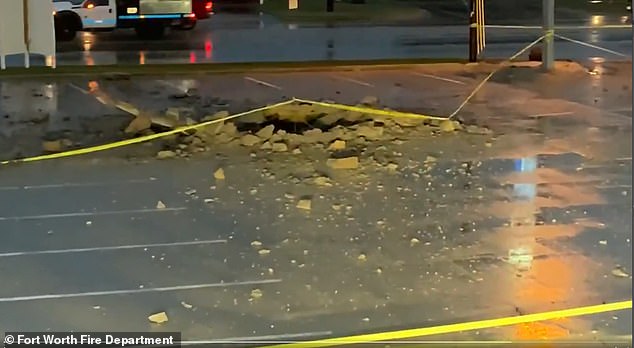 Texans near Dallas can expect to endure the Freeze Warning until 10am on Thursday.

In 2018, Texas and Florida were listed as the state’s with the most lightning strikes.

Texas reportedly had the highest flash count – a whopping 2,483,805 – of negative cloud-to-ground flashes.

Nolan County near the city of Abilene, about two hours from Fort Worth, had the highest flash count per square miles.

In 2019, the National Weather Service reports two deaths caused by lightning in Texas.