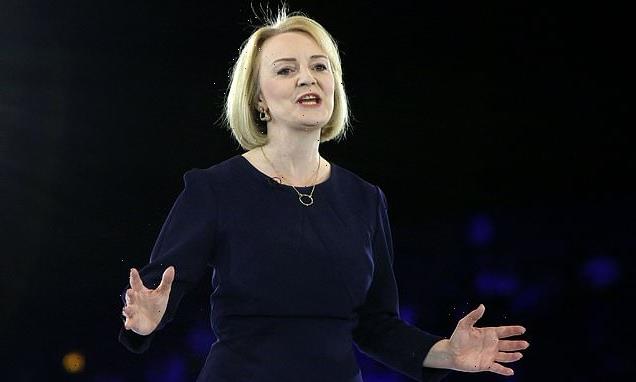 Boat migrants is top of Liz Truss’s in tray: No10 favourite vows that deportations to Rwanda will go ahead as Left-wing lawyers try to block them

Liz Truss has vowed to make the issue of Channel migrants and immigration a ‘top priority’ if she becomes Prime Minister, her team says.

She would ensure the Rwanda policy to deport migrants will get off the ground after being thwarted by lawyers.

Her pledge came as hundreds of migrants crossed from France in small boats yesterday as the surge in arrivals showed no sign of abating.

It comes after The Mail on Sunday revealed that four in ten migrants crossing the Channel in small boats are from peaceful Albania where there has not been a war for 25 years.

A source said: ‘Liz knows we need to break the cycle of appalling gangs and stop people making the dangerous journey across the Channel.

‘She’s determined to see the Rwanda policy through to full implementation as well as exploring other countries where we can work on similar partnerships.

‘This will be a top priority if she becomes Prime Minister.’ 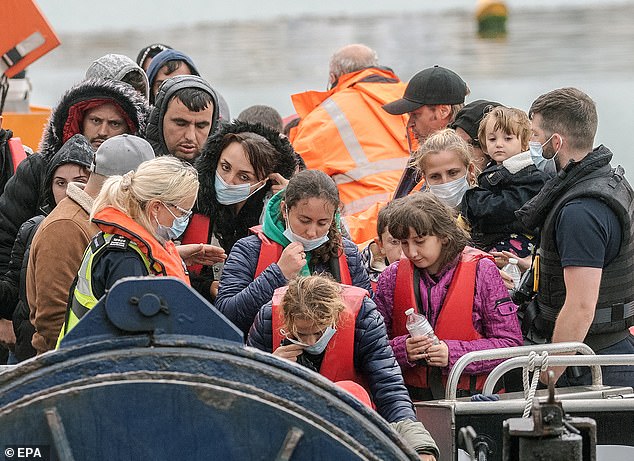 Leadership hopeful Liz Truss will make the issue of immigration a priority, her team has said. Pictured: Migrants reach Dover after crossing the Channel last week

Ms Truss is expected to be crowned the next Tory leader and Prime Minister tomorrow following a lengthy leadership contest with Rishi Sunak.

One of those who will play a key role in a Truss government is Suella Braverman, who is expected to be promoted from Attorney-General to Home Secretary.

The former leadership hopeful is understood to have discussed her plans for the brief with Ms Truss over the course of several months, including the controversial Rwanda deportation scheme.

Allies have said that the legal nous of Ms Braverman, who was knocked out of the leadership contest in July, makes her well placed to tackle left-wing lawyers attempting to frustrate the scheme to deport migrants to the African country.

A source said: ‘She needs to absolutely make sure we deliver on Rwanda. It means addressing the ways in which it has been frustrated, which are principally through legal devices using the Human Rights Act.’

Last month, Ms Braverman told a think tank that the European Court of Human Rights in Strasbourg was undermining policy set out by democratically-elected governments in relation to illegal immigration. 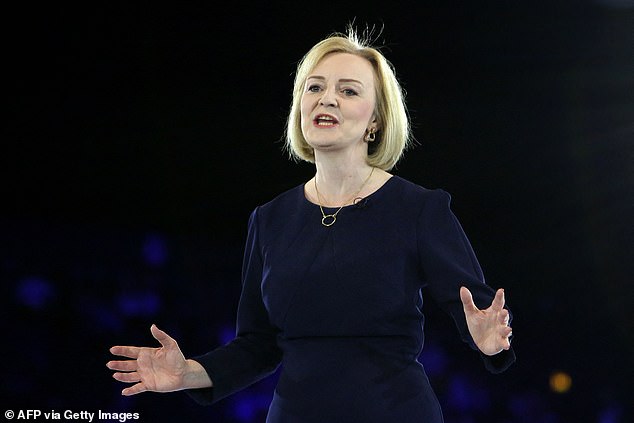 She said the uses of Articles 8 and 3 – the right to a private life and the right that prohibits torture – under the Human Rights Act, were being abused by lawyers and stopping deportations of convicted thugs.

The Government announced the Rwanda scheme in April, but is yet to remove anyone via the pathway owing to legal objections.

A source added: ‘Liz will be well aware she needs to appoint a Right-wing Home Secretary and Suella fits the bill.’

Yesterday, Border Force officials detained boatloads of men, women and children before bringing the majority of them to shore at Dover.

Witnesses reported seeing around 700 migrants arriving, although Government sources said just under 500 came ashore yesterday. The Dungeness lifeboat also landed at its remote beach station on the Romney Marsh with another 50 people.

A stream of men, women and children wrapped in blankets were seen walking up the pebble beach where they were met by waiting immigration officials and coaches. 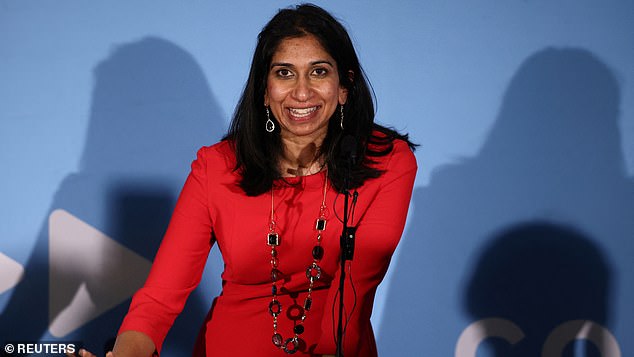 Ms Truss is expected to appoint Suella Braverman (pictured) as Home Secretary if she becomes Prime Minister. Ms Braverman, currently the Attorney-General is understood to have discussed her plans for the brief with Ms Truss over the course of several months, including the controversial Rwanda deportation scheme

Last month alone, 8,644 people made the journey across the Channel on small boats – the highest monthly total since records began.

Serious concerns have been raised about the influx, including fears the majority of those arriving are economic migrants rather than genuine asylum seekers in need of refuge from war-torn countries.

Last night, Dover MP Natalie Elphicke said: ‘Sorting out the small boats crisis must be a key priority of the next Prime Minister.’

She also called on the French Government to do more.