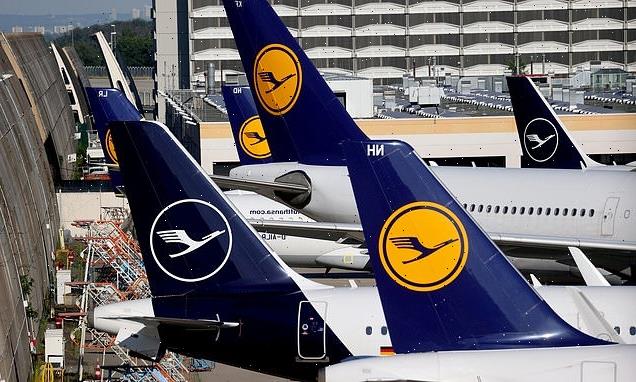 Lufthansa has retired ‘ladies and gentlemen’ as its on-board greeting in favour of gender-neutral alternatives.

A spokesman for Europe’s largest airline group said the move was intended to make all passengers on board feel welcome, including those who do not identify as male or female.

‘Crews are being instructed to choose a greeting that includes all passengers,’ he said, adding that ‘dear guests’ or a simple ‘good morning/good evening’ would be used instead. 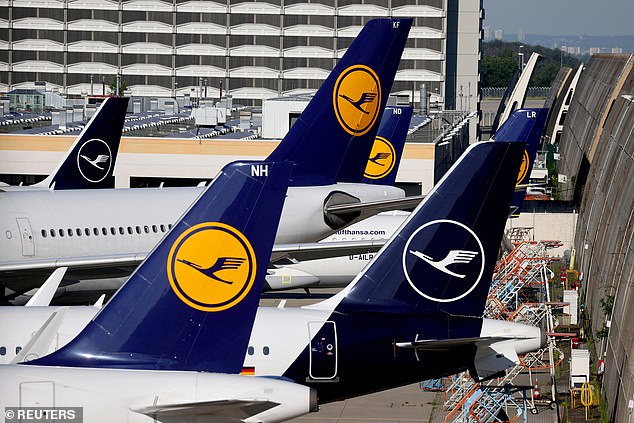 The new policy, which will be phased in gradually, applies to German flag carrier Lufthansa as well as the group’s Swiss, Austrian, Brussels and Eurowings airlines.

The company said it was responding to a ‘discussion that is rightly being held in society’ about non-binary gender identification and a desire ‘to value all guests on board’.

Germany has joined the debate about more inclusive language to take into account diverse gender identities and an increasingly multicultural society.

In recent days major cities including Berlin, Munich and Hamburg said transport networks would stop using the word ‘Schwarzfahren’ (black riding) to describe travel without a ticket in response to complaints the word had a racist taint.

Lufthansa is not the first company to ditch ‘ladies and gentlemen’ as a standard greeting for customers. 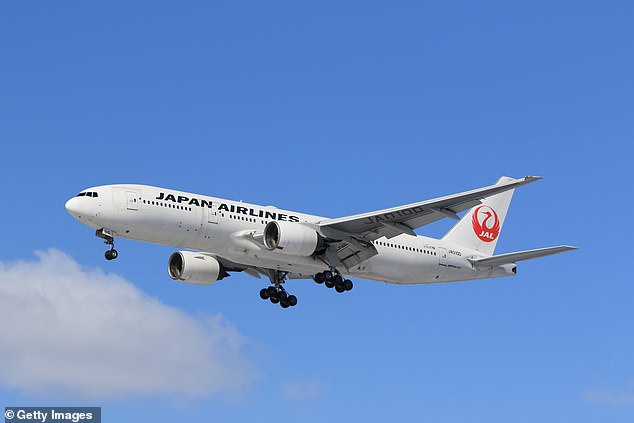 Last year, Japan Airlines announced it will use phrases including ‘all passengers’, ‘good morning’ and ‘good evening’ during its English messages

Last year, Japan Airlines announced it will use phrases including ‘all passengers’, ‘good morning’ and ‘good evening’ during its English messages.

The formerly state-owned airline was the first Japanese carrier to change its announcements after EasyJet and Air Canada modified their greetings in 2019.

A Japan Airlines spokesman said at the time: ‘We have committed to not discriminate based on gender… sexual orientation, gender identity or other personal attributes.’

It comes after Disney World sparked a backlash this month after it changed its classic ‘ladies and gentlemen, boys and girls’ greeting at a fireworks display to ‘good evening, dreamers of all ages’. 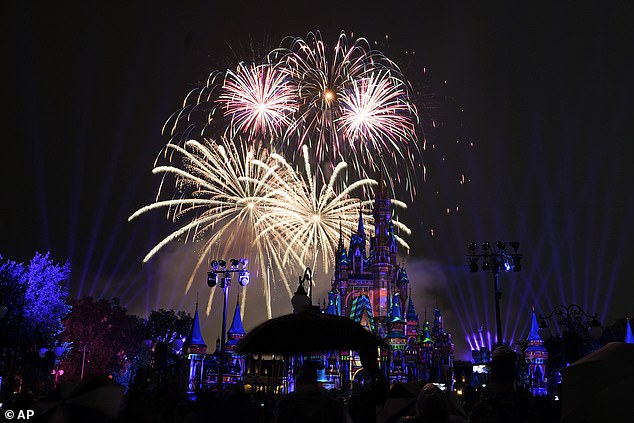 The new, inclusive greeting made its debut during the ‘Happily Ever After’ fireworks show 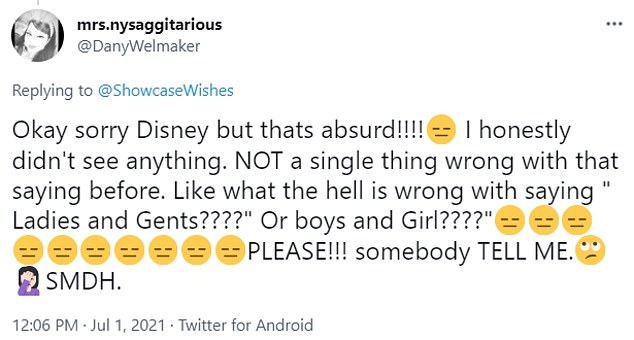 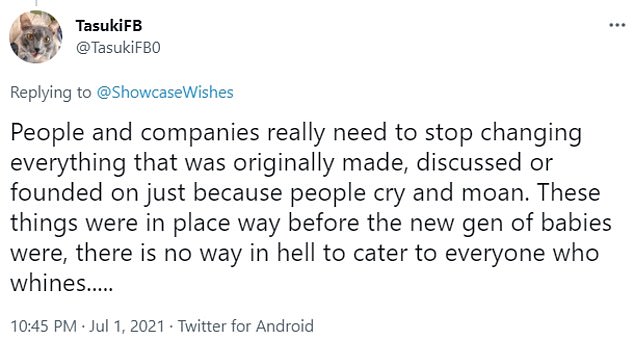 A cast member posted a video of the new greeting, and said they preferred the original.

The classic greeting is voiced by Jack Wagner, also known as ‘the voice of Disney,’ and it is estimated that over the last 20 years the park announcer for Disneyland, Disney World and Tokyo Disneyland has uttered the phrase more than eight million times.

This is the latest politically correct move for Disney after it revamped some of its rides, including Splash Mountain and Jungle Cruises, after they were criticized for promoting racial and cultural stereotypes.

The entertainment giant has also slapped warnings on Disney+ shows like The Muppets, Dumbo and Peter Pan for the same reasons.