A Malaysia-born con artist has been accused of bilking a prominent player on the Washington Redskins and his sports agent out of $1.2 million, according to a published report and court records.

The Washington Post reported Friday that Siew Im Cheah, 59, convinced professional athletes and successful executives that she was the granddaughter of Singapore’s first prime minister and a close friend of President Obama.

Cheah was “a one-woman crime spree,” a federal prosecutor said in court, according to the paper, which also reported that authorities initially suspected her of having ties to Chinese intelligence.

She was sentenced this month to 51 months in prison for stealing the identity of a Virginia woman who had been her housemate and using that identity to scam the Redskin and his agent, among others. She pleaded guilty in the identity fraud case after being arrested in 2017.

In a press release, prosecutors from the U.S. Attorney’s Office in Alexandria, Va., said Cheah entered the U.S. 18 years ago using the identity of a 66-year-old Malaysian woman named Sau Hoon Lee, and then accumulated numerous convictions related to identity theft.

Court papers say her victims included a chef, trainer, multiple manicurists and an appointee of a Virginia governor, according to the Post.

The scammed Redskin, whose name is not mentioned in court papers, did not return calls for comment, according to the paper. The sports agent declined to comment. The Post did not identify him by name. 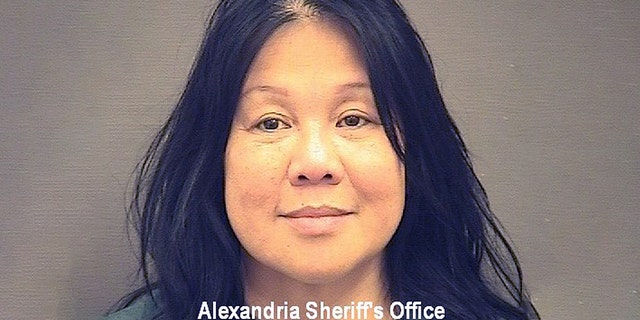 The court file contains a pre-sentencing letter to the judge in which the agent said he and his client knew Cheah as Cindy Lin and in 2015 invested $1.2 million in a company for the purchase of the NBA's Washington Wizards.

“We later got suspicious of her because of her lavish lifestyle, multiple high-end sports cars and inconsistencies in her stories,” the agent said. He described her as "very manipulative" and lacking remorse "for the heartaches she has caused us."

He said he and his client asked Cheah for their money back but wound up losing their entire investment.

The Post quoted another pre-sentencing letter from Houston chef Alan Perez, who said Cheah left him $250,000 in debt.

“She does not use guns, knives, or any other sort of physical weapon like many criminals," Perez said, according to the paper. "Language and emotion are her weapons, and armed with them she can easily infiltrate the mind of anyone she wishes to prey upon."

The Post said that from behind bars Cheah said in a brief phone interview that the people who spoke against her “were not victims at all” and had “nothing to do with the situation that put her behind bars.”