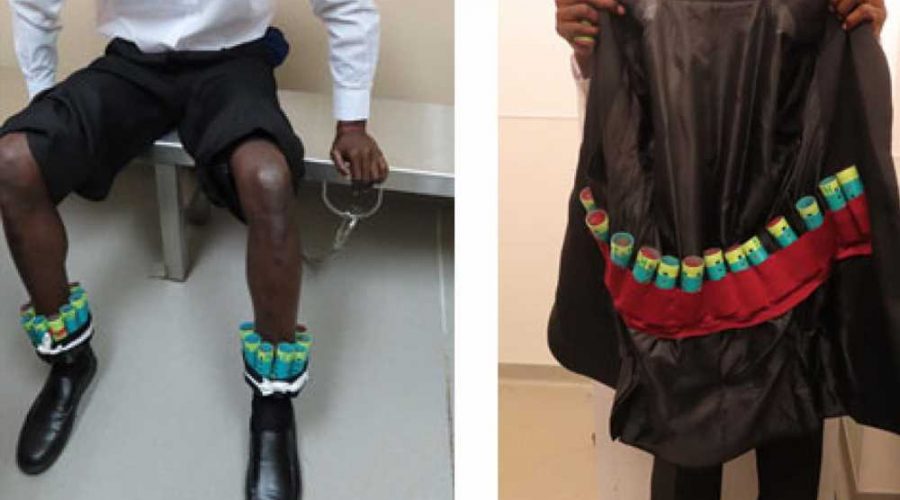 Coke’s on you! Woman caught with pounds of powder at JFK

A man was caught at JFK Airport on Monday allegedly trying to smuggle in 35 live finches from Guyana — stuffed inside plastic hair curlers and concealed inside his clothes, authorities said.

Kevin Andre McKenzie is just the latest alleged would-be songbird smuggler busted using the hair-accessory method to bring in the coveted creatures, which are used in high-stakes singing contests popular in Brooklyn and Queens

After McKenzie deplaned from a JetBlue flight originating in Georgetown, Guyana, CBP agents found the small seed-eating birds inside the curlers, which were covered with a mesh cloth, and then concealed inside his jacket and pants, according to the criminal complaint filed in the Eastern District of New York.

McKenzie allegedly told them he had been offered $3,000 to traffic the finches into the US.

He was charged with the illegal importation of wildlife and was released on a $25,0000 bond, authorities said. If convicted, McKenzie faces up to 20 years in prison.

Although there are American finches, the Guyanese variety is more desired for the singing competitions, which can involve steep wagers, the feds said.

“In such contests, often conducted in public areas like parks, two finches sing and a judge selects the bird determined to have the best voice,” the complaint states. “A finch who wins these competitions becomes valuable and can sell for more than $10,000.”

Earlier this month, a 26-year-old from Guyana was also busted at JFK with 29 live birds stuffed inside pink and orange plastic rollers.

Another birdbrain tried to smuggle 70 finches hidden in orange hair curlers inside a black duffle bag in 2018.

A year later, a Connecticut man arrived at JFK from the Caribbean country, with 32 live songbirds that he said he planned to sell for $3,000 each.