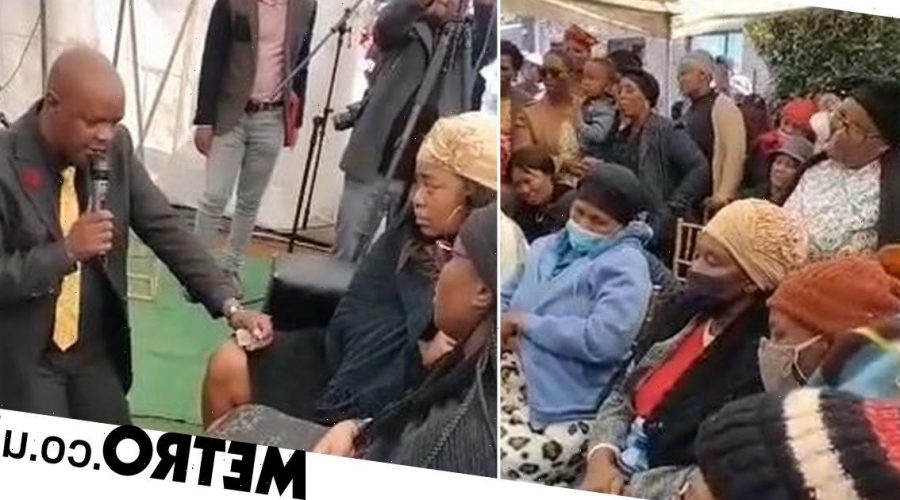 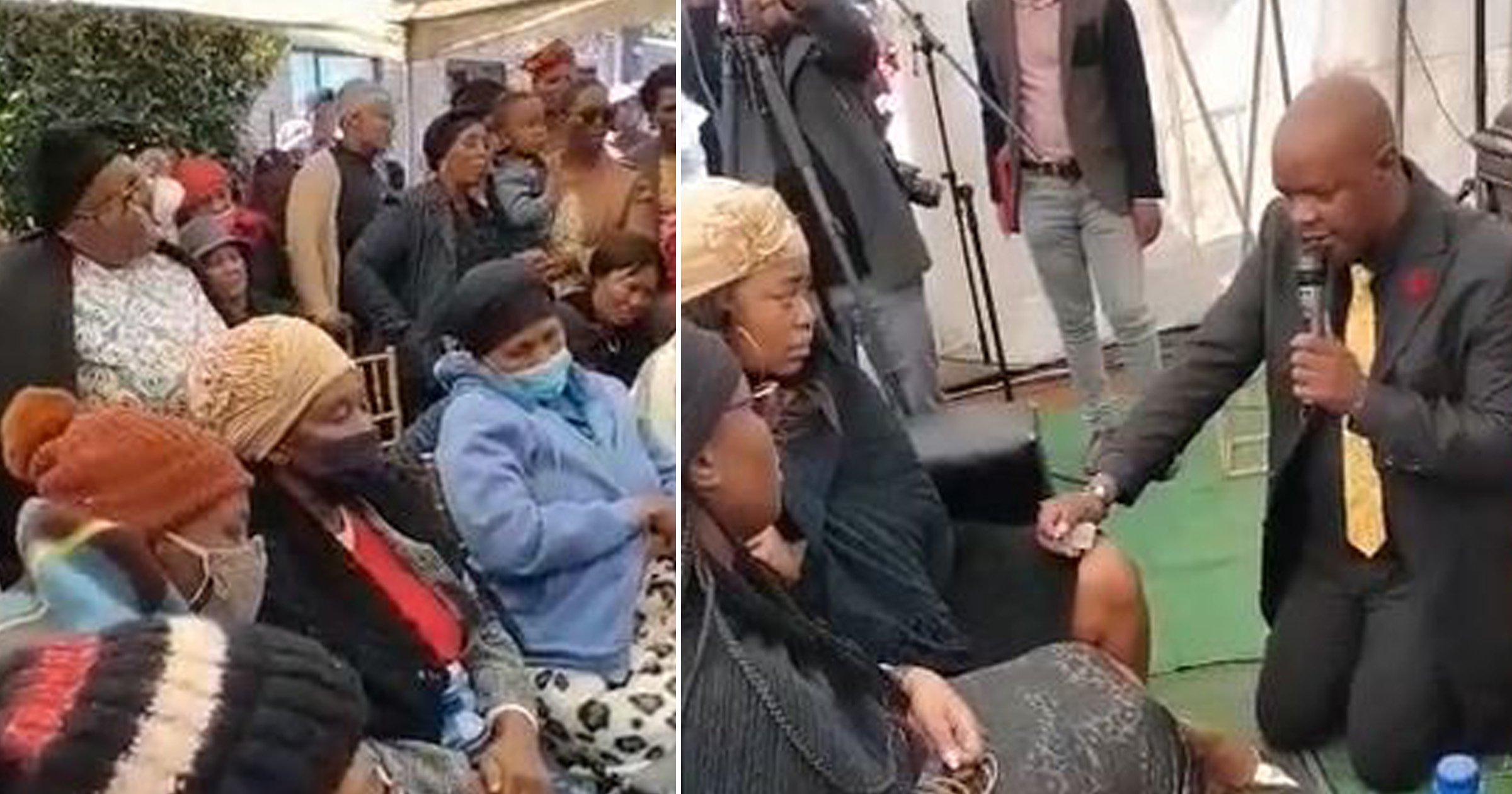 The phrase ‘till death do us part’ is often associated with weddings, but death marked the start of marriage for one couple.

A pastor in South Africa decided the funeral of his girlfriend’s dad would be the perfect place to propose.

He popped the question as his bride-to-be dabbed away tears.

The proposal was interrupted at points by high-pitched feedback from the microphone in the pastor’s hand.

During his speech, he reportedly thanked God for being in his girlfriend’s life ‘during such a difficult time’.

A video of the proposal, which took place in the Limpopo province of South Africa, was posted on TikTok.

The caption reads: ‘Proposing [to] the deceased’s daughter right at the funeral. Wiping the tears there and there.’

The woman’s father’s coffin can be seen in the background of the clip.

A member of the congregation appears to cry out in shock at one point, after realising what is going on.

But the pastor’s bold choice of location seemed to pay off, as the footage ends with him slipping a ring on the woman’s finger.

Meanwhile, TikTok users were divided on the proposal.

One wrote: ‘This here is WRONG..No matter how you can try and justify it.’

Another added: ‘Not at a funeral. I’d say no. Let me respect my loved one first’

But one said: ‘I personally don’t see anything wrong. His just trying to wipe tears in this family. It wa a brave thing to do.’

One user added the proposal was a ‘sign life goes on’.