A MAN "came close to dying" after an adverse reaction to depression medication caused him to need his eyes stitched shut and his body covered in pig skin.

Jonathan Laird, originally from Indiana, suffered from a rare disease called Stevens Johnson syndrome, which can be caused by certain medications. 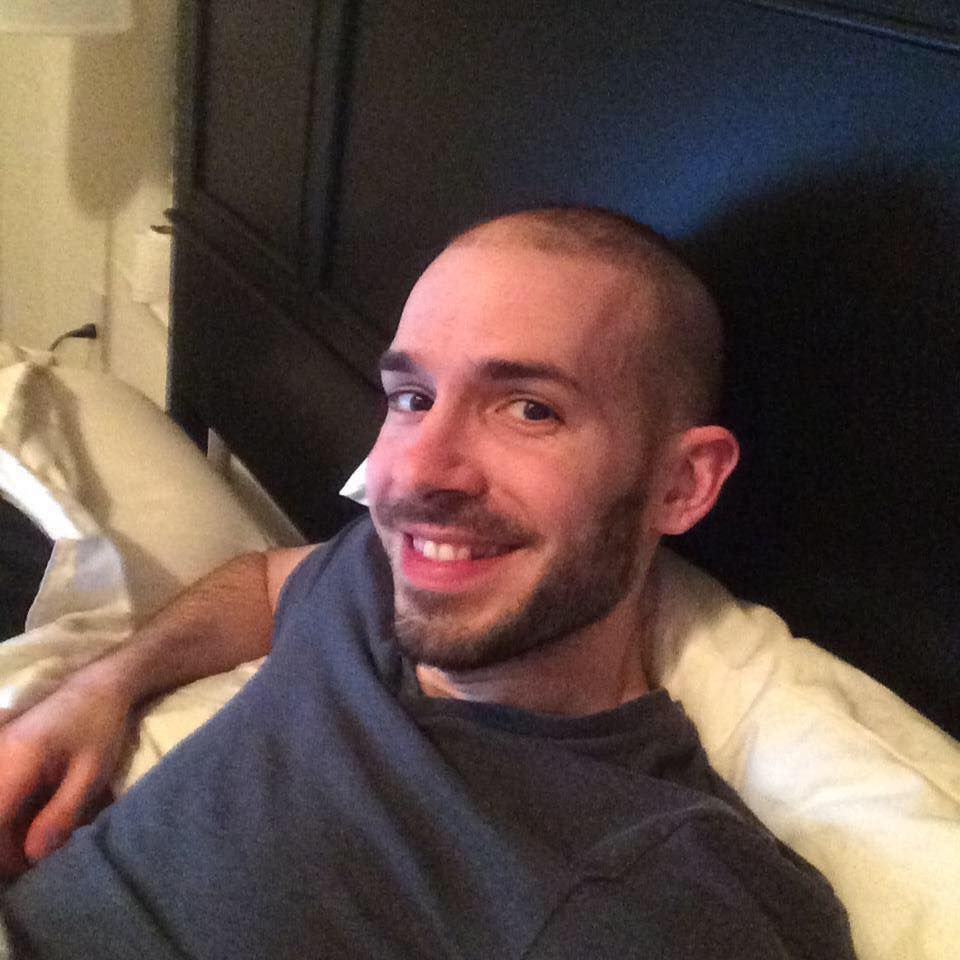 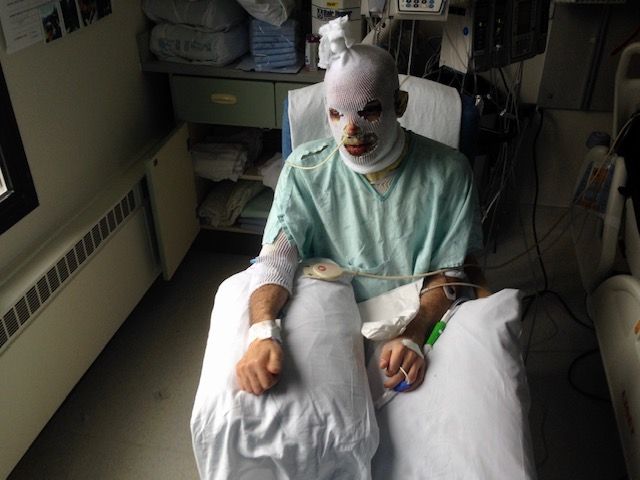 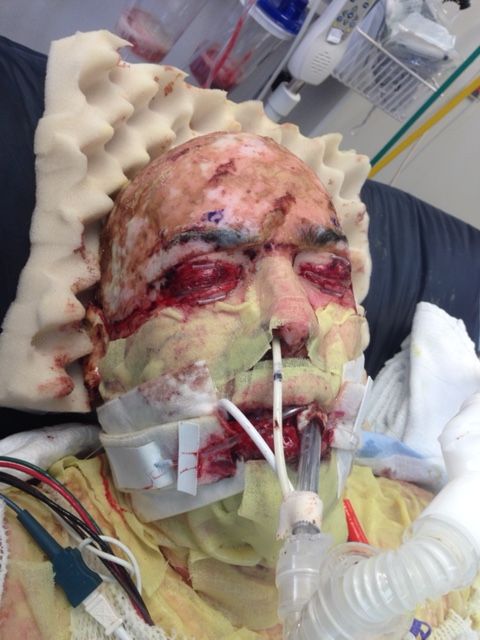 Laird's reaction was sparked when he began taking medicine to treat ongoing depression in 2016. He was diagnosed with bipolar II disorder and given Lamotrigine, which is the generic version of Lamictal.

Shortly after beginning the treatment, Laird began to experience symptoms, he explained in a blog post about the experience.

"I was having trouble sleeping, my throat felt a little sore, and I just didn’t feel right overall. But I was so determined to overcome my depression that I soldiered on anyway," he wrote.

Laird explained that one morning he woke up with conjunctivitis in both of his eyes and the skin on his chest was beginning to "flake off."

His psychiatrist had warned him that Stevens Johnson syndrome, which can affect the skin, mucous membranes, genitals and eyes, was a risk with the medication – but had greatly downplayed it as it is rare. 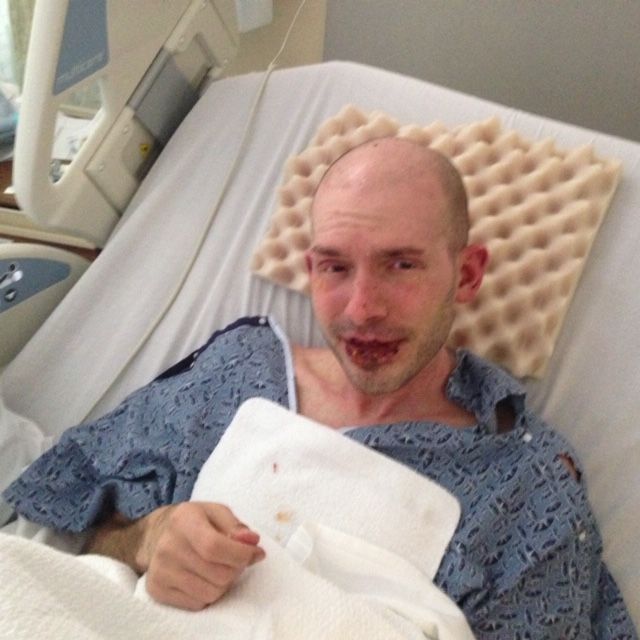 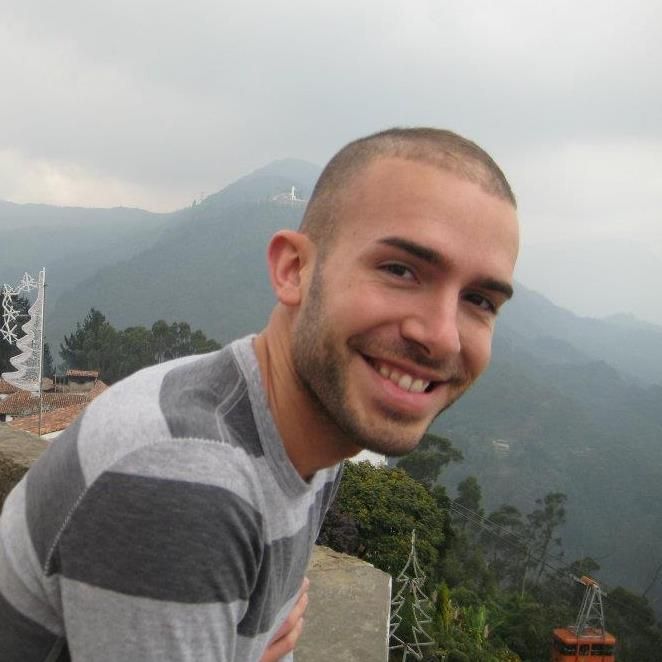 Laird sought medical treatment after his symptoms got progressively worse, and quickly.

"I could feel bumps inside my mouth with my tongue. My eyes were worse and it felt like there were little pieces of glass underneath my eyelids," he wrote. "I ran to the bathroom and turned on the light and was horrified by what I saw."

"I had about ten blackish-red sores on both my bottom lip and on the inside of my mouth."

Eventually, Laird had to be admitted to a Seattle hospital where he was placed into the intensive care unit.

Throughout several days of treatment, doctors tried to manage his symptoms. He underwent a series of intense procedures – including surgery where his eyes needed to be stitched shut, and a cleaning procedure where he was covered in pig skin grafts.

"There's not a lot that doctors can do when you have SJS," Laird explained. "Treatment is considered 'supportive.'"

He went on to explain that his doctors performed what they referred to as a "spring cleaning."

"This is when they scrape off as many of the blisters as they can from my skin. After doing this, they placed pig skin grafts on my wounds to reduce the chance of infection and to promote quicker healing," he wrote.

What is Stevens-Johnson syndrome?

Stevens-Johnson syndrome is a rare but serious disorder that affects the skin, mucous membrane, genitals and eyes.

The mucous membrane is the soft layer of tissue that lines the digestive system from the mouth to the anus, as well as the genital tract and eyeballs.

Stevens-Johnson syndrome is usually caused by an unpredictable adverse reaction to certain medications.

The syndrome often begins with flu-like symptoms, followed by a red or purple rash that spreads and forms blisters. The affected skin eventually dies and peels off.

Stevens-Johnson syndrome is a medical emergency that requires treatment in hospital, often in intensive care or a burns unit.

Skin pain is the most common symptom of Stevens-Johnson syndrome, and can be followed by flu-like symptoms.

After a few days a rash appears, which consists of individual blemishes that may look like a target – darker in the middle and lighter around the outside.

The rash isn't usually itchy, and spreads over a number of hours or days.

Large blisters then develop on the skin, which leave painful sores after bursting.

Doctors stitched his eyes shut because they were worried about infection, he said. His hands were also bound to prevent him from ripping tubes out while he was medicated.

After 11 days in the ICU, Laird was given the go-ahead to return to a regular hospital room. He was released on June 1, three weeks after being admitted, and the side effects of the disease lingered.

"My eyesight was my top priority and it took the longest to heal. Every day I put in eye drops four times a day, applied eye ointment, and did stretching exercises to prevent them from healing improperly. Luckily, after months of recovery, my vision was fully restored and that’s a miracle," he wrote.

Laird has a blog where he details some of the other health issues he has dealt with, including celiac disease.

He said the experience with Stevens Johnson Syndrome, although horrific while it was happening, gave him a new outlook on other challenges in his life.

"People often ask me if I have PTSD from this experience and the truth is not really," he wrote. "Don't get me wrong. I don't ever want to re-live this again.

"But despite how much hell I went through, I'm actually grateful for the experience because it really put things into perspective. Everything else seems so small compared to my battle with Stevens Johnson Syndrome.

"It's made living with celiac disease and multiple food intolerances a lot more bearable because those are manageable and not life threatening in the way that SJS was," he added.

15/09/2020 World News Comments Off on Man had eyes stitched shut, hands bound and was covered in PIG SKIN after reaction left him ‘burning from inside'
Lifestyle