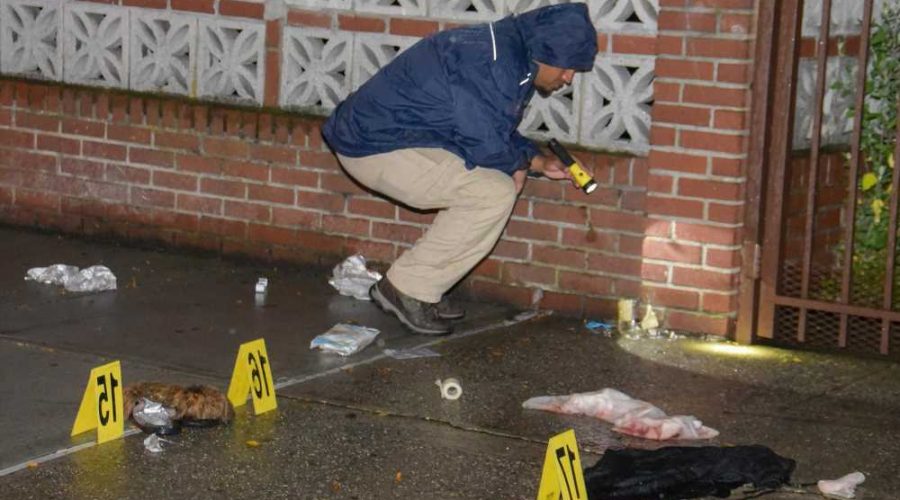 Another night of violence as shootings erupt across NYC

NYC teen fighting for his life after being shot multiple times

A man was killed in Brooklyn Saturday night in a shooting that also injured a young woman, during a bloody night in the five boroughs, according to police.

The man was shot twice in the chest on Pennsylvania Avenue off Riverdale Avenue in East New York at 11:23 p.m. and pronounced dead shortly after at a nearby hospital, according to the NYPD. The 19-year-old woman, shot in her torso outside the two-story building, was rushed to Kings County Hospital and is in stable condition, cops said.

A 22-year-old man with a gun was taken into custody, according to police.

The mayhem left at least 13 people shot across New York City overnight in another summer weekend in New York City with high amounts of gun violence.

On July 31 into Aug. 1, 18 people were shot dead in the Big Apple and 15 others wounded in a bloody night of shootings, including a mass shooting in Queens that left at least 10 people injured.