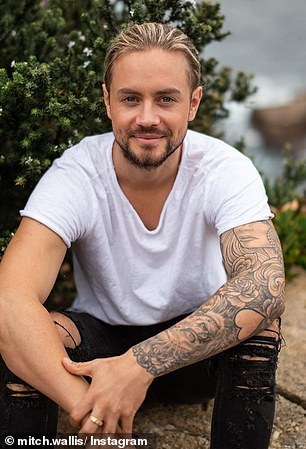 An entrepreneur whose life came crashing down around him due to chronic Obsessive Compulsive Disorder has revealed how a YouTube video saved his life and inspired him to started a mental health campaign.

Mitch Wallis was diagnosed with obsessive compulsive disorder when he was just seven years old.

While all of his friends were outdoors playing or developing crushes on girls, he was working through a crippling fear that he’d never feel normal.

The 27-year-old from Bondi told Daily Mail Australia it was an uphill battle well into his teenage years.

‘While the most my friends had to deal with was a break up or being called a name, I was consumed by thoughts like if I didn’t touch a light switch my whole family would die of cancer,’ he said, and described how he would flick a switch150 times to make sure it was off.

As a child, he struggled to comprehend the terms that were being thrown at him.

From anxiety disorder, to a panic disorder and depression, Mr Wallis couldn’t shake the feeling that he was broken and alone in his experiences.

But he acknowledges it might’ve been hard for people to see through the facade he’d created, and his privileged upbringing in Sydney.

After graduating from Sydney University with a commerce degree he landed a role as a global product marketing manager for Microsoft in the United States.

But as while his career continued to soar to new heights, rubbing shoulders with celebrities and industry heavyweights across the globe, his mental health deteriorated.

‘I was driving a Porsche, you know,’ Mr Wallis said. ‘I had it all. But nobody could see how much of a complete and utter mess I was.’

After several years in the industry, Mr Wallis said his world collapsed around him.

‘While I was in the States, it all fell apart. It was the worst I’ve ever been.

‘Your mid 20s are hard anyway because you’re already questioning who you are. I was just totally incapacitated.’

Mr Wallis credits a Youtube video for saving his life.

He said the video was nothing out of the ordinary – but that it was everything he needed to see.

An ordinary man, not too dissimilar in age to him, Mr Wallis watched and re-watched this man share his story of isolation and struggles with mental health.

Mr Wallis said suddenly he realised he wasn’t alone. He had a journey to compare to his own and a platform from which to start his own recovery.

‘The loneliness was worse than the anxiety or the depression. And that story made me realise I wasn’t alone… I wanted to be that person for someone else. 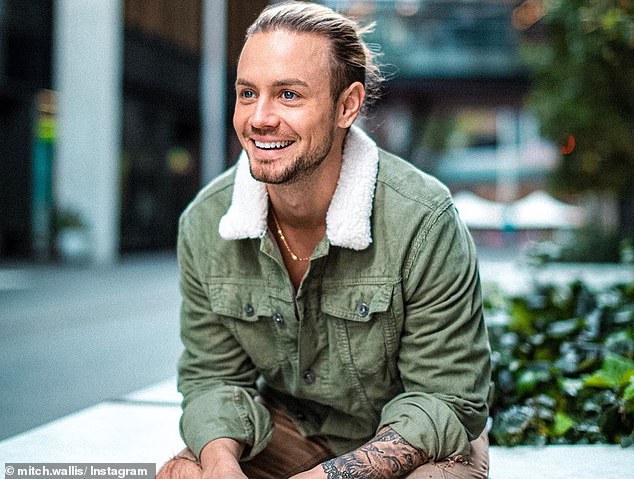 He graduated from Sydney university with a commerce degree and is an honour roll recipient. He is currently undertaking a masters degree in psychology at Columbia University in New York and has been described his whole left as an ‘overachiever’

‘So I made a video and I said ”even if this shatters the illusion of my perfect life, I just want to help”.’

Within a week, the video had reached more than a million views.

Mr Wallis has launched ‘Wear Your Heart On Your Sleeve’, an initiative designed to encourage people to share their own mental health experiences.

To get involved, people are encouraged to pledge to speak up about their mental wellbeing on social media, and upload a photo with a heart drawn on their arm.

Mr Wallis has the logo tattooed on his arm.

‘We’re not about awareness. There already is so much awareness but they’re not often giving any answers. 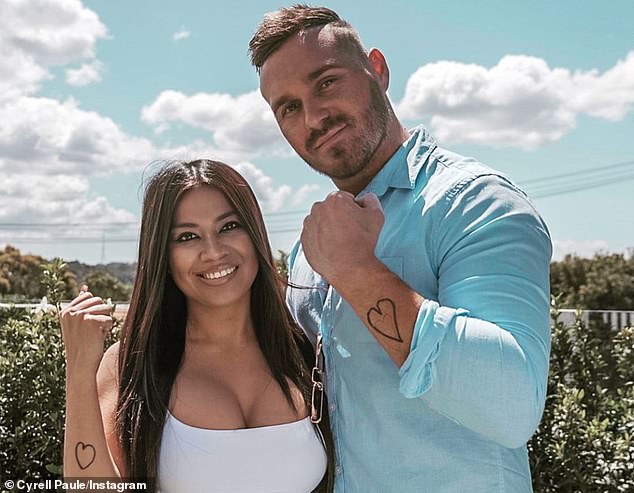 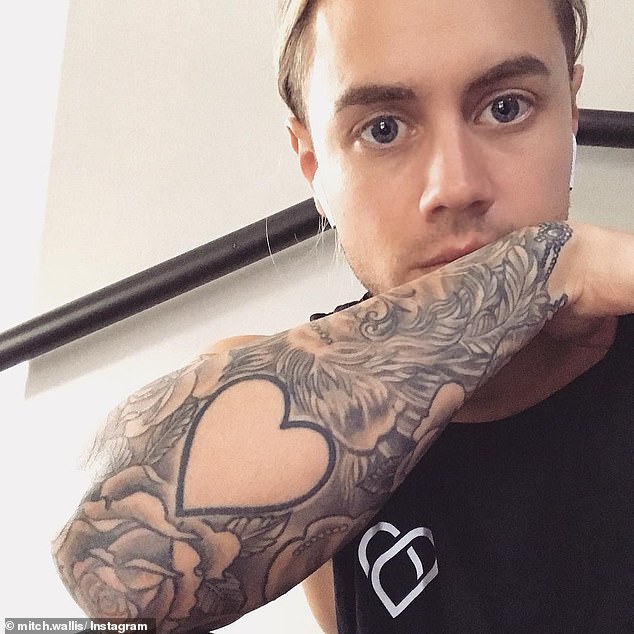 To get involved, people are encouraged to pledge to speak up about their mental wellbeing on social media, and upload a photo with a heart drawn on their arm. Mr Wallis has the logo tattooed on his arm 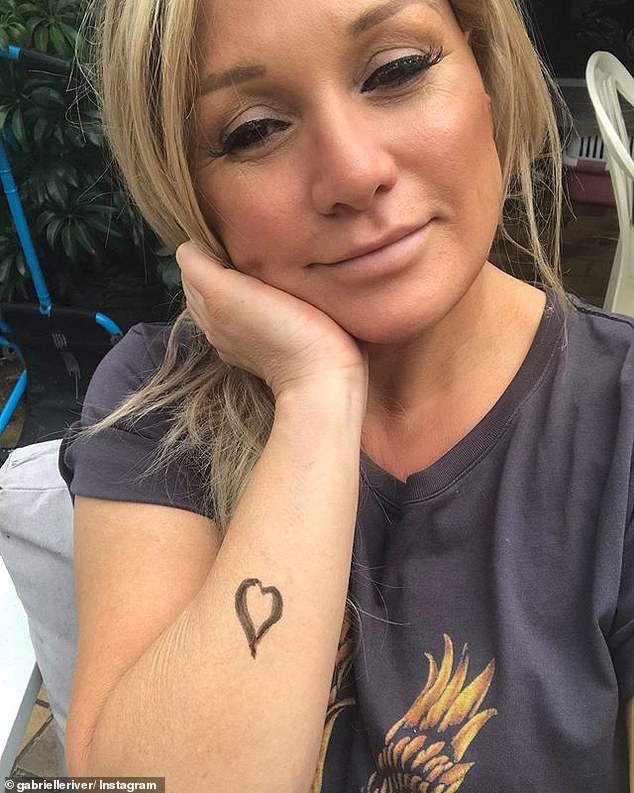 ‘In order to get out of this epidemic we’re in, we need more people modeling the behaviour we need to see and leading by example by sharing their stories,’ Mr Wallis said.

‘All we’re asking is a public commitment to speak up and have a proper conversation when you’re not okay. This is more the ”I’m not okay” movement.’

Mr Wallis said while therapy was a big part of his recovery to get to where he is today, shared human experience is one of the most valuable assets within the community.

‘Humans are problem solvers. Expert help is vitally important but there is a lot of power in feeling seen and heard.

‘I think authenticity and connection are the two single most important things, and just bringing that into all your relationships.’

Mr Wallis has a website and Instagram to learn more about the Heart On My Sleeve Initiative.