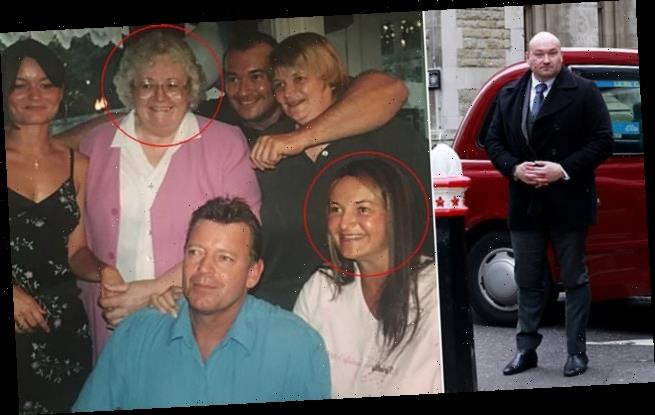 Estate agent seeks to scrap 150-year-old inheritance law in court battle with ‘shopaholic’ ex-Lloyds Bank manager sister who judge awarded share of their mother’s £325,000 estate after she was cut out of her will

A brother is fighting a bitter £325,000 High Court test case against his sister in a bid to scrap a 150-year-old law he says is an ‘unjust’ restriction on parents’ right to disinherit their children.

John Clitheroe and his sister Sue Bond, a former bank manager, have been fighting in court since their mother Jean Clitheroe cut Sue out of her will.

‘Feisty and stubborn’ Jean left Susan without a penny when she died, aged 76, in September 2017, having declared that Susan was a ‘shopaholic and would just fritter it away.’

She left almost all her £325,000 estate to John, 52, but the will was overturned last year after a judge found Jean had been suffering from ‘insane delusions’ about her daughter when she wrote it.

Estate agent John is now bringing a ground-breaking fight against the ruling, which his lawyers say was an ‘unwarranted infringement’ of his mother’s right to decide who to give her money to.

For John, Vikram Sachdeva QC says the case was decided using out-dated laws from the 1880s which risk older people being ‘wrongly denied autonomy to make their own decisions’. 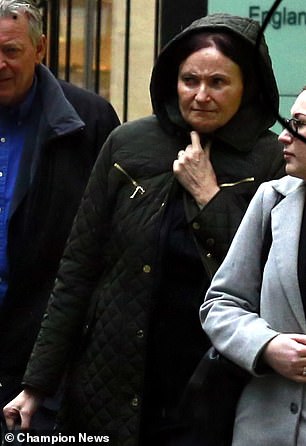 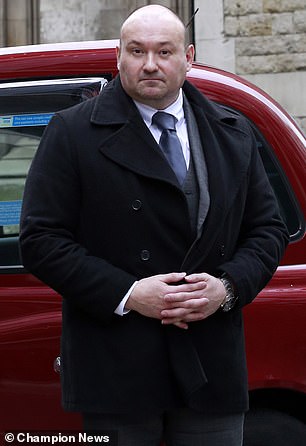 The QC says the case is of ‘general public importance’ and that a 21st century approach should be taken in future in cases where a person’s capacity to make a will is questioned.

He is now asking a top judge to rule that, in line with modern law, anyone challenging a will on grounds of mental capacity should have to prove the deceased was not mentally capable before it can be torn up.

Under the old law, when a deceased’s capacity to make a will is under real question, the person seeking to uphold the will has to prove they had full use of their faculties when they wrote it.

That should now be reversed, providing a layer of legal armour-plating to the will making process and extra security that testators’ instructions will be stuck to, says Mr Sachdeva.

‘An aging population and increased incidence of dementia mean that sadly testamentary incapacity is an issue which is likely to face a growing number of testators,’ he told Mrs Justice Falk. ‘Legal certainty is therefore of particular importance.’

In the original hearing, the High Court heard that Jean, described as ‘feisty and stubborn’, had given detailed reasons for writing her daughter out of her 2013 will and leaving her with very little in a previous 2010 will. 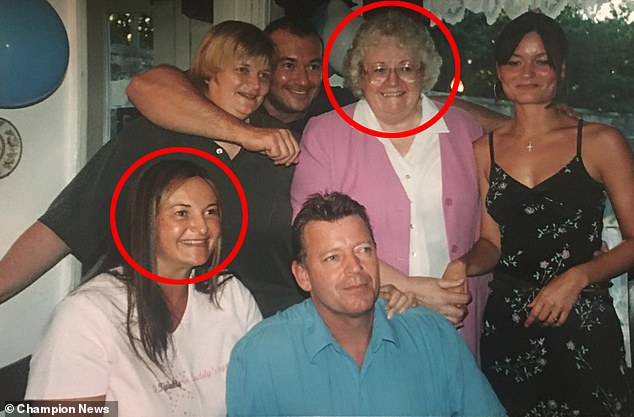 Jean Clitheroe (circled top right) left her daughter Susan (bottom left) out of her final will in 2013, over fears she was a ‘shopaholic’ who would just ‘fritter it all away’, the court heard

Her 2010 will left the bulk of her estate – which largely consisted of her former home in Woodlands Close, Clacton-on-Sea – to John, while Sue was to receive only a diamond and garnet ring that once belonged to her great aunt.

The 2013 will again left John most of her estate, with some small legacies to grandchildren, but this time Sue was to receive nothing at all.

In written instructions to lawyers for the 2010 will, she claimed Sue was a ‘shopaholic and would just fritter it away’, while she also slammed her daughter’s alleged ‘spendthrift ways’ when drawing up the 2013 will.

Jean, who was 76 when she died, also claimed Sue had deliberately severed ties with her and that she stole precious Swarovski crystal, a gold watch and a collection of Harry Potter books from her.

On top of that, the elderly widow claimed in a note to her lawyers: ‘Susan hasn’t done anything for me, as far as she is concerned I could have starved to death’.

However, the wills were overturned by a judge, Deputy Master John Linwood, last year after he found Jean had been in the grip of several ‘insane delusions’ when she made them. 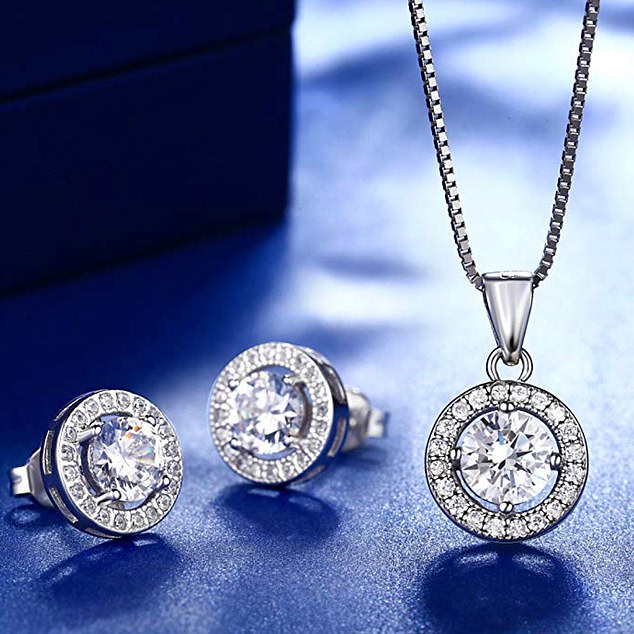 The court had previously heard that Jean herself, who died in 2017 aged 76, had amassed a £30,000 collection of Swarovski crystal and claimed Susan had stolen some of it (file image)

They included wrongful beliefs that Susan was a shopaholic and spendthrift who had stolen from her and neglected her, he explained in his ruling on the case.

The court heard Jean had suffered intense grief after the death of another daughter, Debra, in 2009, and although still intellectually sound, had ‘poisoned’ her own mind with her fixed delusions about Sue.

His ruling effectively meant that Jean died intestate – without making a valid will – and her estate would therefore be split equally between the two surviving siblings.

But John is now appealing, arguing that the judge decided whether Jean had ‘capacity’ to make the will in the wrong way, by using now out-dated 150-year-old common law.

Mr Sachdeva argued that the 1880 test has been superseded by the Mental Capacity Act 2005, under which Jean would have been presumed to have had capacity and so it would be up to her daughter to disprove it. 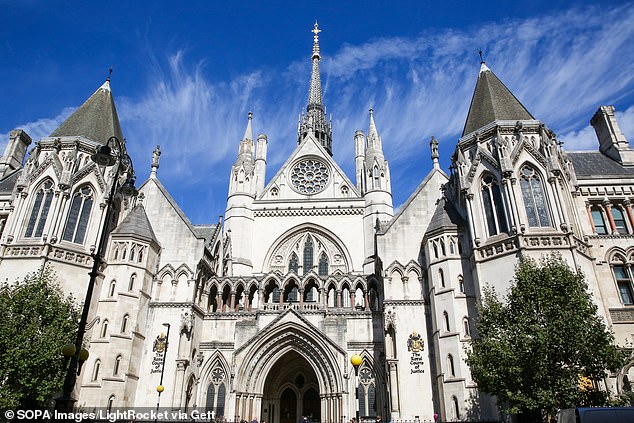 In the original hearing, the High Court (pictured) heard that Jean, described as ‘feisty and stubborn’, had given detailed reasons for writing her daughter Susan out of her 2013 will

‘The judge was wrong to apply a test formulated 150 years ago, when medical science and attitudes to mental impairment were very different from today,’ he said.

With the 2005 Act, Parliament had created a new test which ‘better reflects both medical science and the fundamental importance of ensuring that people are not wrongly denied autonomy to make their own decisions,’ he added.

In Jean Clitheroe’s case, her wills were in ‘rational’ terms and professionally drafted, he said, while there had been no evidence of any mental impairment in 5,000 pages of medical records.

‘The evidence that the deceased lacked testamentary capacity in this case was conspicuously weak,’ he told Mrs Justice Falk.

But for Sue, Thomas Dumont QC argued that the old test for whether a person has capacity to make a will still stands and is not superseded by the Mental Capacity Act.

Lawyers for both John and Sue had agreed at the trial last year that the old test should be applied when considering Jean’s capacity, said the QC.

He said the 2005 Act deals with testators who are living and who may need to have a ‘statutory will’ made for them by the Court of Protection because they cannot do so themselves.

But it has ‘no bearing on the question of the validity of a will’ made by a person themselves and then called into question after their death, he added.

Had Parliament intended to replace the old common law test for capacity to make a will with the Mental Capacity Act, it would have said so, he continued.

Urging the judge to dismiss John’s appeal, Mr Dumont said there was nothing wrong with the way Deputy Master Linwood had considered the facts of the case.

‘In an impressive and comprehensive judgment, he concluded – as he was entitled to – that Jean was indeed deeply and profoundly affected by Deb’s death, something from which she never recovered,’ he said.

‘As he has found, one of the ways this manifested itself was that without any basis, evidence or reason – and in many respects in the face of clear and compelling evidence to the contrary – Jean began to form false, baseless, irrational and delusional ideas about Sue, and her mind had been poisoned against her, such that in consequence Jean cut Sue out of her will.’

Mrs Justice Falk reserved her decision on the appeal until a later date.