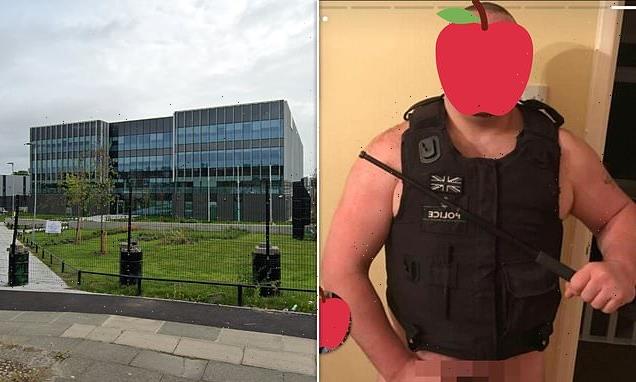 Half-naked man who posed on Tinder with police stab vest and baton is NOT an officer, forces say

A half-naked man wearing police equipment in his Tinder profile image – which has been widely shared on social media – is not an officer, forces have said.

The photograph, showing the man wearing only a stab-proof vest while using a police hat to cover his genitals, first emerged in May 2020 and has been re-shared on Twitter this week.

Merseyside Police said it investigated the image at the time and concluded that the man was using its kit, but was not a police employee.

The force said on Tuesday: ‘We are aware of an image circulating on social media showing a partially clothed man with police equipment. 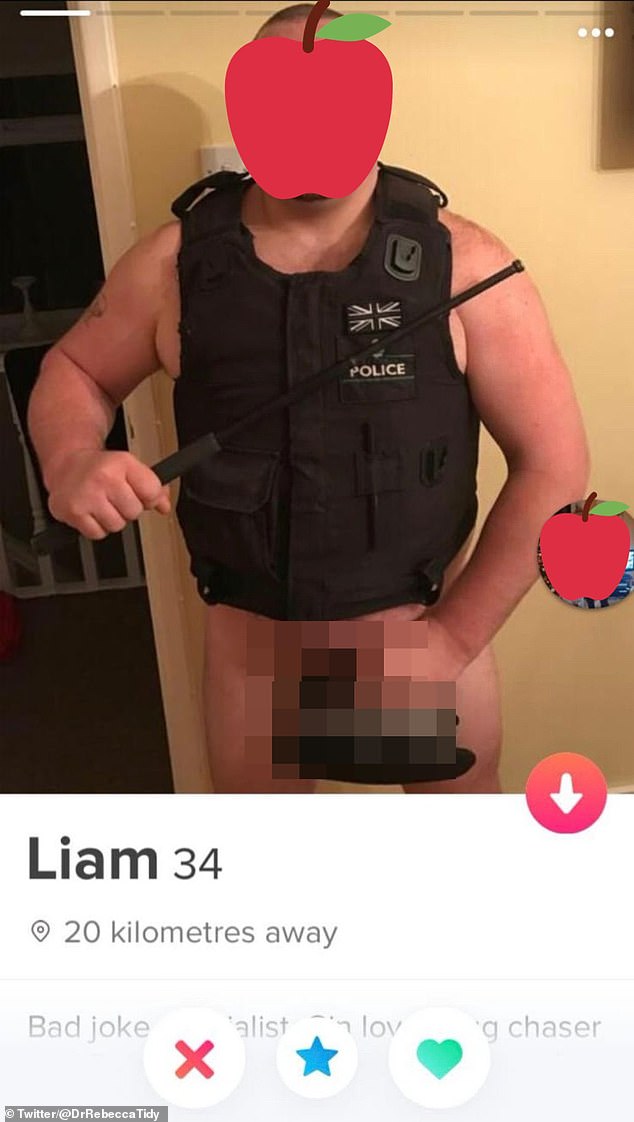 ‘The image was reported to the Professional Standards Department at Merseyside Police in May 2020 when it appeared on social media after it had been shared on a dating app.

‘Following an investigation it was established that the man pictured was not – and has never been – a police officer or a member of police staff.

‘The man was wearing police equipment belonging to a serving Merseyside Police officer in the photograph.

‘The officer was not present at the time the photograph was taken or aware it was being taken.

‘He was given advice by our Professional Standards Department and the man who posted the image on a dating app later removed it on the officer’s request.

‘Our dedicated Professional Standards Department thoroughly investigate any allegations of misconduct by anyone employed by the force.

‘It is essential that police officers and staff act with respect, professionalism and integrity at all times and that as a Force we take swift and robust action to investigate anyone whose behaviour falls short of those high standards.’

The man had given his location on the dating app as south-west England, so the corresponding force had been alerted.

Devon and Cornwall Police launched an investigation on Monday, but shared Merseyside Police’s update on Tuesday.