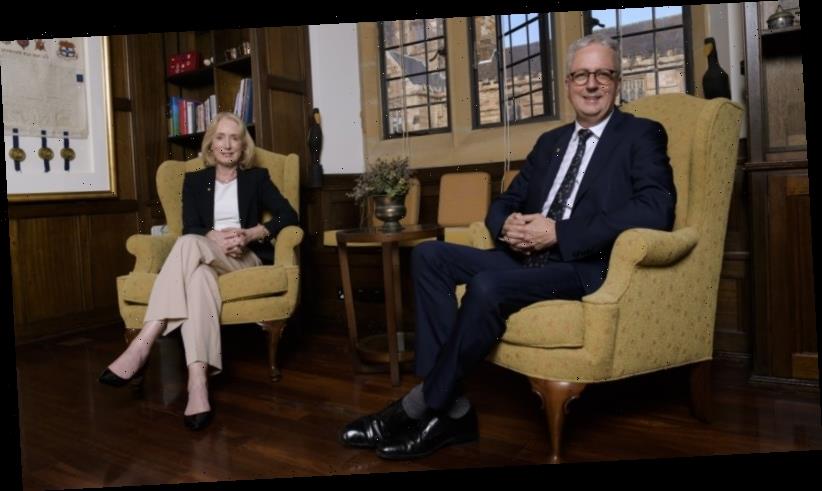 The next vice-chancellor of the University of Sydney will be NSW Department of Education secretary and former ABC managing director Mark Scott.

Unlike most vice-chancellors, Mr Scott is not a scholar and does not have a doctorate. He will earn almost $500,000 a year less than his predecessor, Michael Spence, who now leads University College London. Only one other major university in Australia, RMIT in Melbourne, has a leader from outside academia.

The one-time editor-in-chief of several Fairfax newspapers, including The Sydney Morning Herald, will leave the department in late April and join the university in July. 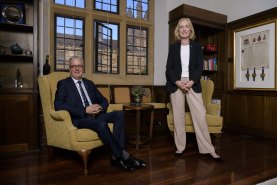 Amid a tough period for the sector due to loss of overseas student revenue and a strained relationship with the government, the university decided a research background was less important than experience in strategy, finance and government relations.

Sydney University Chancellor Belinda Hutchinson said the selection process was long and complicated, and involved applicants from Australia and overseas.

The selection committee made its final decision last weekend, and the Sydney University Senate accepted the selection panel’s recommendation on Friday morning. The committee has also recommended Mr Scott be made a professor of practice in media and education.

Mr Scott’s candidacy has been a closely-guarded secret, and will be a surprise to most he works with in government and in the education community.

“He’s not going to be a researcher – that’s not what we’re looking for. We need to get our message out better than we have done … we have to take the community with us on what we do and why what we do is so important.”

‘He’s got that ability to engage people and to engage creative intellectual professionals.’

When his conversations with the university began last May, Mr Scott thought he would be an unlikely choice. “The more the conversation went on, the more it was clear what they were looking for, and it seemed to be a very good fit,” he said.

“Part of my track record is the ability to lead large public-facing organisations through change, and to be stronger and more robust and more successful on the other side. Whilst it’s daunting, I would not take on the job unless it was possible to bring strong and effective leadership to the institution.

“I’ve worked extensively and led for 15 years organisations full of intelligent knowledge workers, highly creative and engaged in their craft. My job is to support those practitioners to be as outstanding and successful as they can be.”

Mr Scott’s predecessor, Dr Spence, was on a package worth $1.6 million including fringe benefits such as a house. It was frequently criticised as excessive.

Every other Group of Eight university vice-chancellor has a doctorate, as do those at most other universities. Dr Spence was a world leader in intellectual property theory, while the University of NSW’s Ian Jacobs is a world-renowned cancer specialist, and the Australian National University’s Brian Schmidt has a Nobel Prize.

The selection committee has recommended Mr Scott, who has a bachelor of arts, a diploma in education, and two masters degrees – including one from Harvard – be appointed a professor of practice.

″[The title] is only given to esteemed leaders in their profession with reputations for outstanding impact, achievement and influence,” a university spokeswoman said.

Mr Scott would not give his opinion on who would succeed him as head of the NSW Department of Education. “I think there’s a very strong leadership team in place in NSW Education, I don’t think the department will miss a beat under the leadership,” he said. Mr Scott has just finished a major restructure of the department.

Our Morning Edition newsletter is a curated guide to the most important and interesting stories, analysis and insights. Sign up to The Sydney Morning Herald‘s newsletter here, The Age‘s here, Brisbane Times’ here, and WAtoday’s here.