Fox News Flash top headlines for May 9 are here. Check out what’s clicking on Foxnews.com

A Massachusetts man was arrested Thursday and accused of making more than 50 unlicensed flights with a helicopter he kept in his backyard.

Antonio Santonastaso, 59, of East Brookfield, faces one count of serving as an airman without an airman certificate and one count of making false statements to federal agents.

Prosecutors said Santonastaso lost his pilot license in 2000 after taking part in the theft of a helicopter from Norwood Memorial Airport southwest of Boston. Despite the license revocation, the government said, Santonastaso made more than four dozen flights between April 28 and Nov. 11 of last year along what Federal Aviation Administration inspectors described as an "extremely hazardous" flight path. 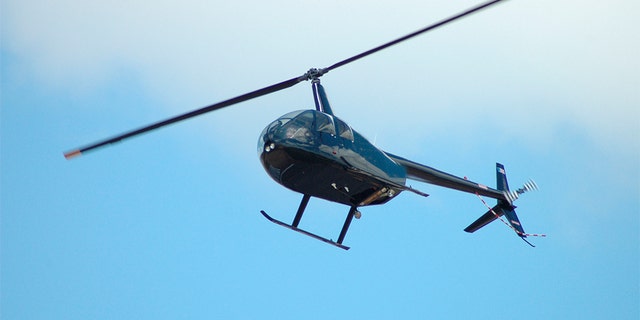 A Robinson R22 Helicopter, like the one allegedly operated by Santonastaso.
(File)

Authorities say Santonastaso told investigators he wasn't aware that the FAA had revoked his pilot license. Prosecutors said Santonastaso also lied about applying for a medical certificate, which is required to operate an aircraft.

Santonastaso was arraigned in Worcester federal court Thursday afternoon. The Worcester Telegram reported that U.S. Magistrate Judge David Hennessy ordered the defendant's release on $10,000 bond on the condition that he not operate aircraft of any kind and not leave Massachusetts.

The paper reported that Santonastaso pleaded guilty to larceny in the 2000 helicopter theft after initially claiming that he couldn't have stolen the helicopter because he was overseas performing "black ops."

Santonastaso faces up to five years in prison, three years of supervised release and a fine of $250,000 if convicted.