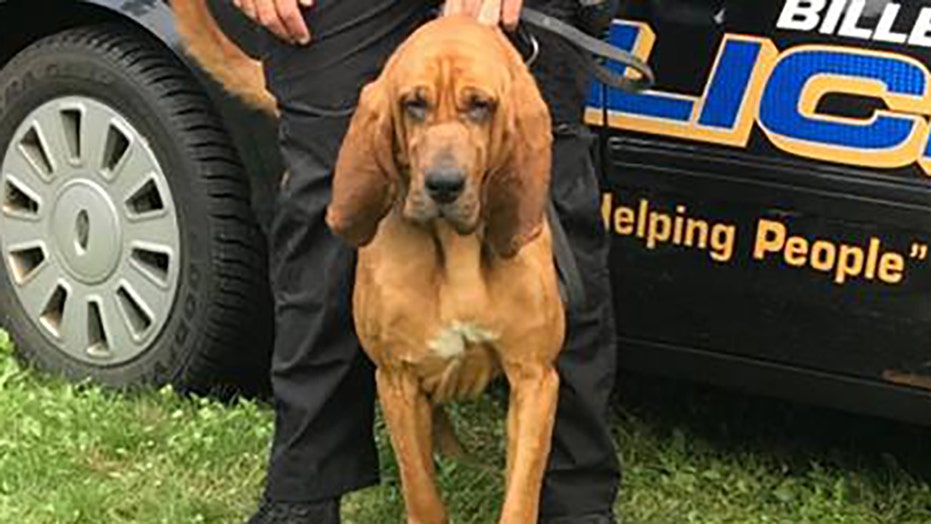 Fox News Flash top headlines for May 30 are here. Check out what’s clicking on Foxnews.com

A former Massachusetts police K-9 who was forced into retirement after losing its leg to cancer has found a new home, officials said Wednesday.

The three-legged Bloodhound, Blue, was diagnosed in April with a soft tissue sarcoma, a type of cancer that requires rapid intervention to prevent the disease from spreading to vital organs, the Massachusetts Society for the Prevention of Cruelty to Animals (MSPCA) said in a news release earlier this month.

Doctors determined the 3-year-old dog’s best chance at survival was amputating his front right leg, where the growth had formed, the release said. The surgery effectively ended his career catching criminals with the Billerica Police Department’s K-9 unit. 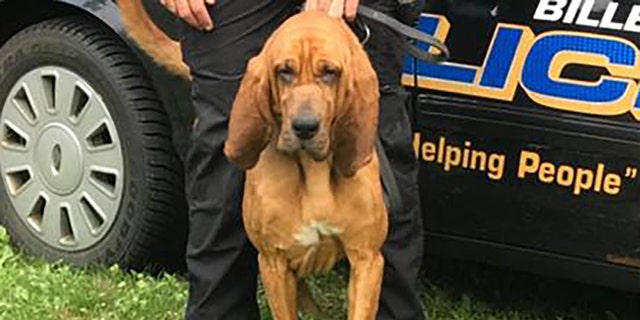 But the MSCPA announced Wednesday the 3-year-old dog is now “thriving” with his new adoptive family, which includes another rescued Bloodhound named Gertrude.

“We're no longer blue bc Blue is adopted!” MSPCA-Angell tweeted Wednesday, along with photos of the happy dog. 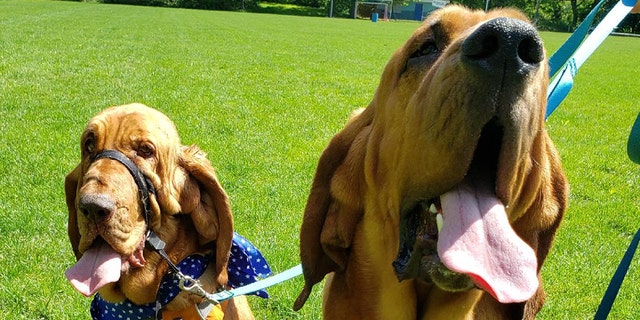 Officials said that Blue, pictured right, is even more "adorable" with his "new ‘tripod’ status."
(MSPCA)

The family, who wished to remain anonymous, told the organization Blue and Gertrude “immediately fell for each other” after meeting for the first time on Memorial Day, WHDH-TV reported. 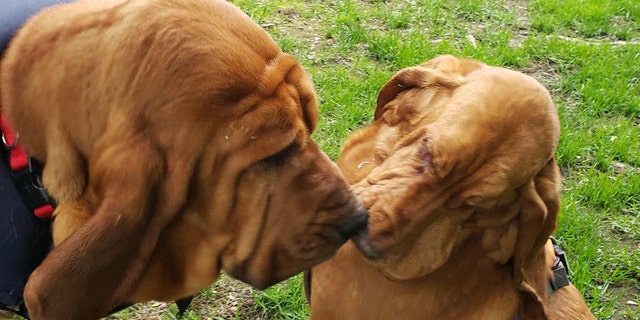 Officials who cared for Blue during his recovery at the MSPCA’s Nevins Farm said the three-legged canine is even more loveable now.

“He is a wonderful dog — well trained, friendly and social — and we think his new ‘tripod’ status makes him all the more adorable,” said Meaghan O’Leary, director of the organization’s adoption center.