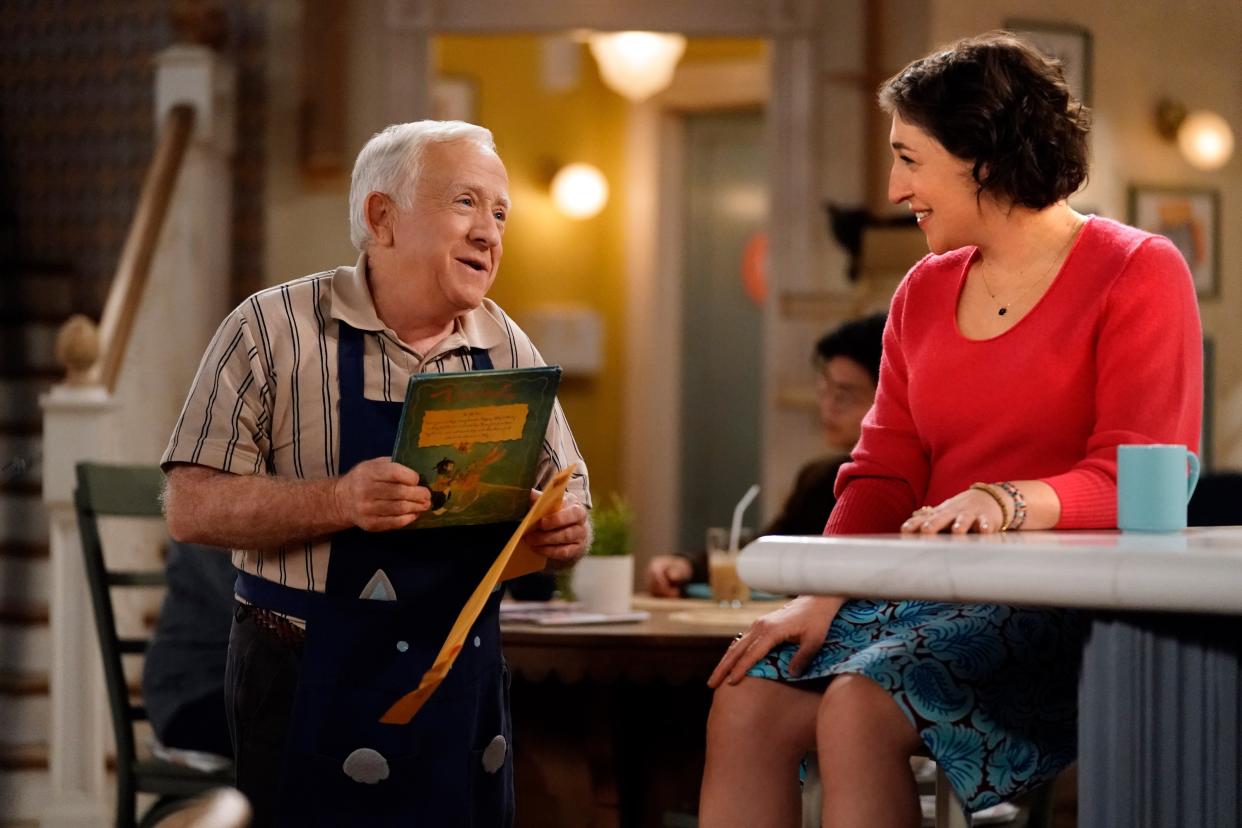 Actor and internet sensation Leslie Jordan, who died Oct. 24 in a car crash on the way to the set of the Fox sitcom Call Me Kat, appeared in his final episode last month, but it's only this Thursday, as the show returns from a holiday break, that Kat will reveal what happened to Jordan's character, Phil.

And the cast, which also includes Mayim Bialik, Cheyenne Jackson, Kyla Pratt, Swoosie Kurtz and Julian Gant, found making it "a hard week, a very hard episode to film without him," Bialik, who's also an executive producer on the show, explained to Entertainment Weekly in an interview published Tuesday.

The entire show took a break after the heartbreaking development.

"It was obviously a tragic and devastating personal loss for all of us, and he and Cheyenne [Jackson] had a much longer relationship than this show, so it was especially devastating for Cheyenne. But the fact is, we were midseason, we have a lot more to go," Bialik said. "We were also right in the middle of filming an episode that needed to be rewritten and restructured and emotionally rebuilt so that we could figure out how to handle it. We did have to work quickly, and I really do credit Kelly-Anne Lee, our online producer. She and her team, our whole production team — it was a group effort. There were so many moving parts. Our main interest as a cast — and I really was thinking more as a cast member rather than an executive producer — was how do we honor our friend while also honoring a grieving process that doesn't end with two weeks off production?"