‘We believe this is felony territory’: California mayor resigns after Farrah Abraham becomes NINTH woman to accuse him of sexual assault after a ‘very serious’ encounter in March

A California mayor resigned his post after reality star Farrah Abraham became the ninth woman to accuse him of sexual assault and misconduct.

Dominic Foppoli, the mayor of the small town Windsor in Sonoma County, finally caved in to calls for him to resign on Friday – six weeks after The San Francisco Chronicle first revealed sexual assault allegations from a number of women.

A lawyer for Abraham, who rose to fame after starring in MTV’s hit reality show 16 and Pregnant, filed a police report on her behalf with the Palm Beach Police Department in Florida on April 2, 2021, the outlet reported.

‘This is not a ‘he said, she said’ situation. She has physical proof. We believe it is in felony territory,’ Kuvin told The San Francisco Chronicle. 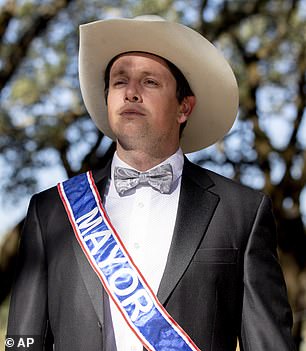 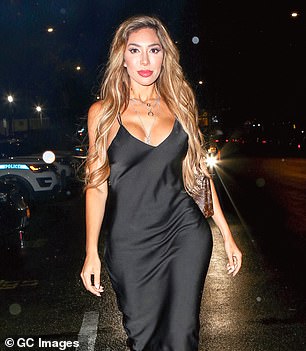 Dominic Foppoli, left, the mayor of the small town Windsor in Sonoma County, finally caved in to calls for him to resign on Friday after reality star Farrah Abraham, right, accused him of sexual assault and misconduct 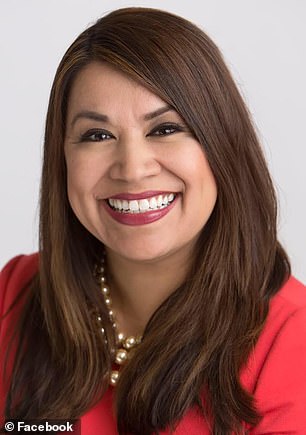 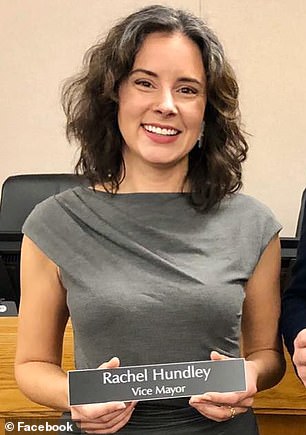 Foppoli announced his resignation in a written statement to the outlet.

‘I have always and will always maintain that I did not engage in any non-consensual sexual acts with any woman,’ he said.

Foppoli said in his statement that he ‘recently learned that a woman in Palm Beach’ had accused him of ‘non-consensual acts’ while he was visiting in March.

He alleged that she made her allegations after she learned of the original story from The San Francisco Chronicle on April 8.

‘I have no doubt she is making these allegations in an attempt to leverage the situation to her advantage,’ his statement reads, according to the outlet.

That allegation could not be true because the police report was filed on April 2 and the first story was published on April 8. Abraham also filed her report three days before the newspaper first confronted Foppoli about allegations from other women.

The outlet reviewed social media posts from Abraham and Foppoli, whose posts are no longer public, showing that they both had been in Palm Beach in mid-March.

Foppoli made two posts placing him in Palm Beach around the time of the alleged sexual assault.

‘Continuing a tradition of having a Boss Hog Manhattan at Lola’s. Day 1 of a weeklong market visit. Wine events start tomorrow. Let me know if anyone is around to meet up for drinks,’ Foppoli wrote on March 15. 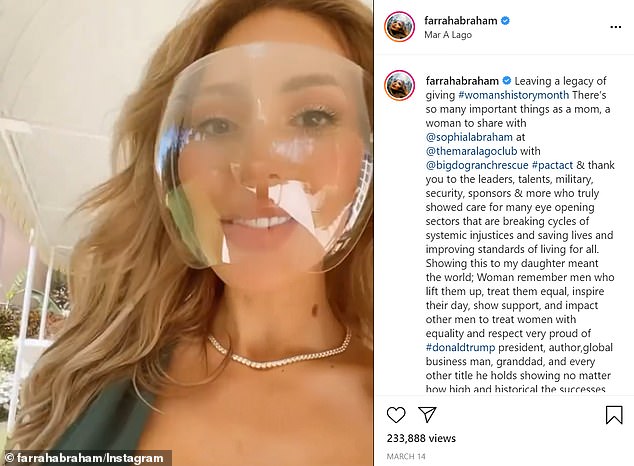 The San Francisco Chronicle reviewed social media posts from Abraham and Foppoli, whose posts are no longer public, showing that they both had been in Palm Beach in mid-March 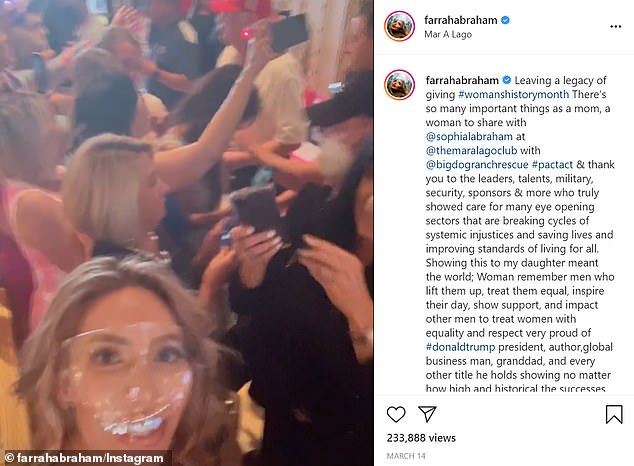 Abraham posted a video to Instagram of herself and her 12-year-old daughter at the Mar-a-Lago Club in West Palm Beach on March 14 for a ‘Wine Women & Shoes’ fundraiser. Former President Donald Trump is pictured in the background 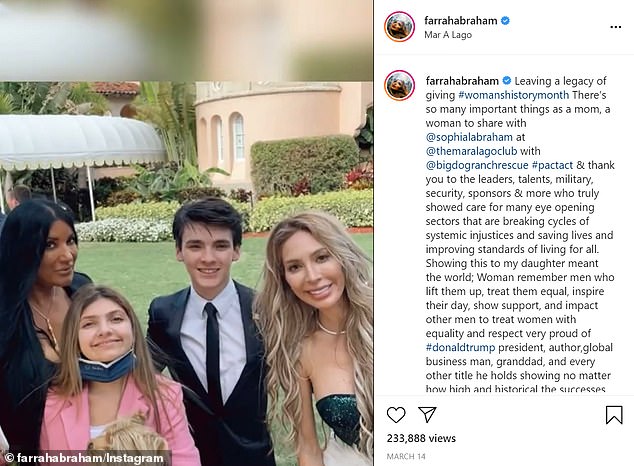 He posted pictures of himself on March 19 at a number of businesses in the area featuring Christopher Creek wines.

Abraham posted a video to Instagram of herself and her 12-year-old daughter at the Mar-a-Lago Club in West Palm Beach on March 14 for a ‘Wine Women & Shoes’ fundraiser.

Further details about Abraham’s allegations were not known.

Some of Foppoli’s other accusers rejoiced after the news of his resignation was revealed.

One of his first accusers, Rose Fumoso, said: ‘I feel so much more peaceful now, even if it’s not the end of the story at all, because I think he still has to pay for his crimes. I am sure the fight is not finished.’ 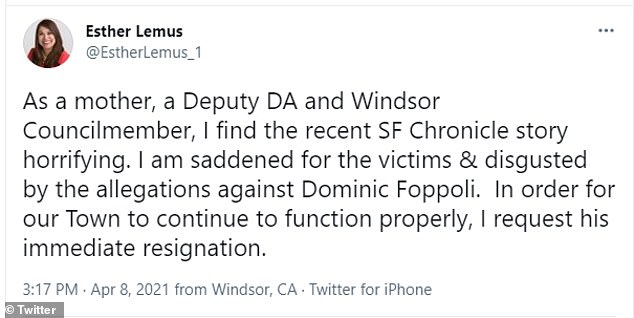 Esther Lemus, a colleague of Foppoli on the Windsor Town Council who also serves as a Deputy District Attorney for Sonoma County, has accused him of sexual assault in a report to the Sonoma County Sheriff’s Office 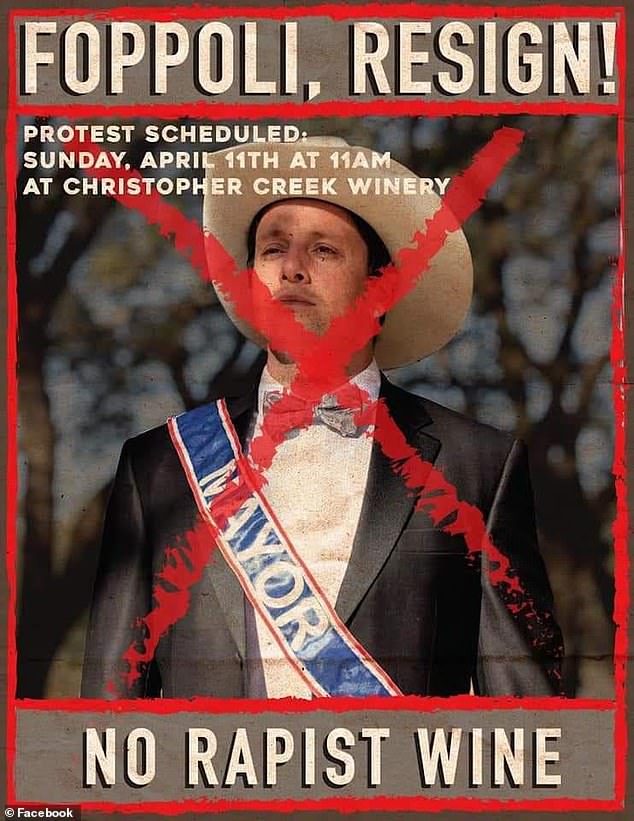 An advertisement on April 10, 2021 targets Dominic Foppoli to resign 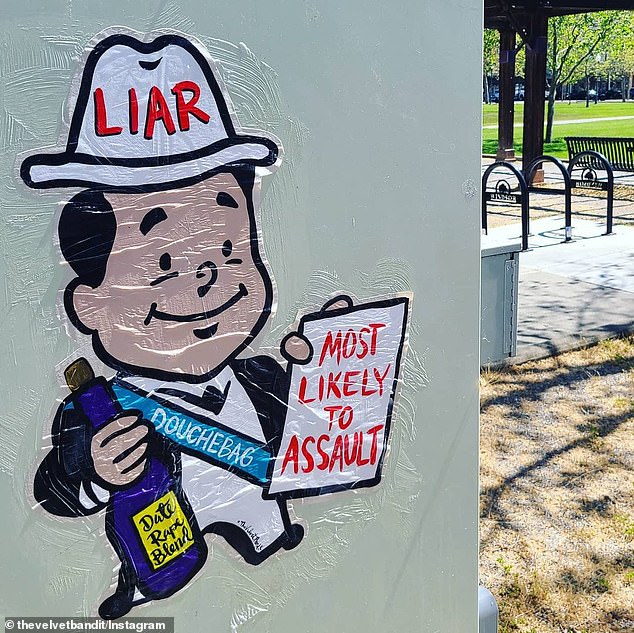 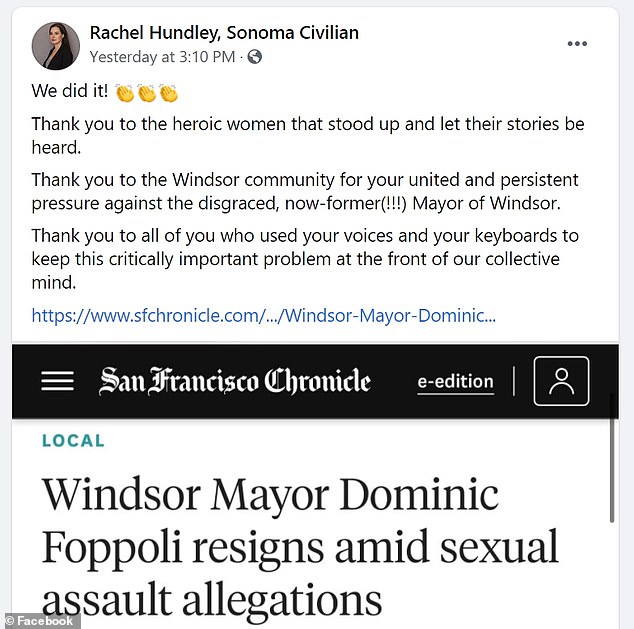 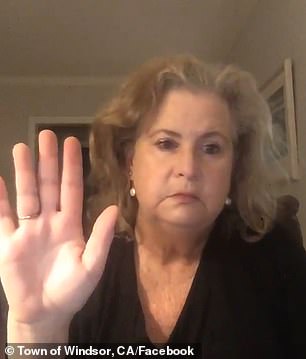 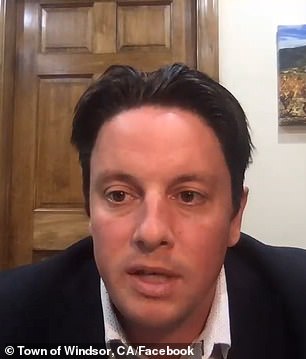 Council member Debora Fudge, left, was seen arguing with Dominic Foppoli, right, before he huffily signed himself out of a Zoom meeting on April 15, 2021 as town leaders prepared to vote him out and listen to women’s accounts in a Facebook livestream 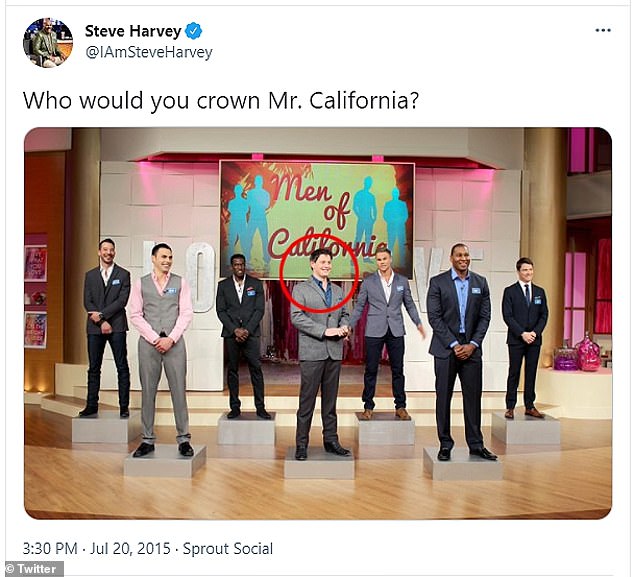 Rachel Hundley, a former mayor of Sonoma who has accused him of sexual misconduct, praised the other ‘heroic women’ that came forward with allegations.

‘We did it! Thank you to the heroic women that stood up and let their stories be heard. Thank you to the Windsor community for your united and persistent pressure against the disgraced, now-former(!!!) Mayor of Windsor,’ she wrote on Facebook.

‘Thank you to all of you who used your voices and your keyboards to keep this critically important problem at the front of our collective mind.’

The Town Council formally voted to demand Foppoli’s resignation last month – but could only oust him with a recall election or a felony conviction.

Debora Fudge, a member of the town council, said she heard about his resignation through his statement to the media.

“It was not the proper way to do it, so I see it as a game that Dominic is playing, a sick game. But at least he resigned,” Fudge told the outlet.

Since then, five more women – including reality star Farah Abraham, have shared allegations of sexual assault.

A French national who interned at a winery in Sonoma County in California in the summer of 2019 accused Dominic Foppoli, the mayor of Windsor, of luring her into his Tesla by offering to let her check out the car.

She claims that once she sat in the passenger’s seat, Foppoli took off and drove them to a strange house where he allegedly grabbed her and pinned his body against her while forcibly kissing her and groping her buttocks.

The young woman, one of the first group of accusers to step forward, said she ordered Foppoli to stop but he tightened his grip and wouldn’t listen to her repeatedly telling him ‘no.’

She told The San Francisco Chronicle that she doesn’t remember what happened after telling him to repeatedly stop what he was doing.

Foppoli sent messaged to Fumoso on Instagram that show he repeatedly invited her to drink alcohol with him after the alleged attack.

Foppoli dated an 18-year-old campaign volunteer in 2003 while running for the California State Assembly, she told The San Francisco Chronicle.

The woman, now 35, accused Foppoli of sexually assaulting her while they were dating before raping her after they broke up.

Foppoli said that she was waiting to have sex until marriage because of her Catholic faith but Foppoli ‘ignored her boundaries’ while dating and digitally penetrated her without her permission and despite her objections, she told the outlet.

The woman said Foppoli begged her for a last date after they broke up and she agreed to celebrate the New Year with him, and he plied her with Champagne and hard liquor despite never having drank alcohol before.

Foppoli allegedly corralled her into a dark bedroom where he allegedly forcefully raped her as she pleaded with him to stop.

She told the outlet she threw up over the side of the bed and fell asleep – waking up to Foppoli allegedly raping her again. She said he drover her home in silence the next day.

Williams and Foppoli shared a cab together one night after a group outing to a local nightclub. But instead of taking her to her home, he took her to his.

Foppoli allegedly convinced her to stay by offering her his bedroom while he slept on the couch – but instead he allegedly jumped into bed with her and put his finger down her pants.

She said she was able to escape his alleged attack by locking herself in his bathroom until she could slip out in the morning when a friend came to pick her up.

In June 2012, as Foppoli’s political star in Sonoma County continued rising, he ran into Allison Britton at a civic convention in Reno, Nevada.

Britton, then aged 27, said she had been drinking heavily that night while playing poker at a casino. A friend who was with her told the paper she was visibly inebriated.

The friend said she asked Foppoli to escort Britton to her hotel room, but he allegedly took her to his room instead.

Britton said she was drifting in and out of consciousness, and at one point found herself kneeling on the hotel bathroom floor. She was topless and Foppoli’s penis was in her mouth.

Britton said she allowed Foppoli to ejaculate on her chest, then passed out on his bed, and eventually slipped out of the room unnoticed.

Shannon McCarthy, 38, became the fifth accuser when she told The San Francisco Chronicle in a video interview that she decided to come forward after reading the initial revelations.

McCarthy, who now lived in Florida with her husband and three kids, said she dated Foppoli for three years during which he allegedly forced her to engage in oral sex dozens of times.

She also recounted one instance in 2002 when Foppoli allegedly handcuffed her to the bed of the apartment they shared without her consent and forced grapes into her vagina as she struggled and begged for him to stop.

McCarthy told the outlet that, afterward, she was bleeding from her ankles where she had struggled against the handcuffs. 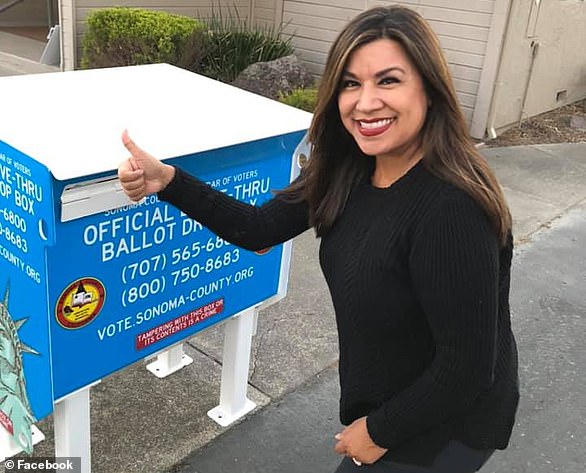 Esther Lemus, a colleague of Foppoli on the Windsor Town Council who also serves as a Deputy District Attorney for Sonoma County, has accused him of sexual assault in a report to the Sonoma County Sheriff’s Office.

Lemus suspects Foppoli slipped drugs into her drinks at his Christopher Creek Winery, leading to sexual assaults on two occasions last year, it has been reported. 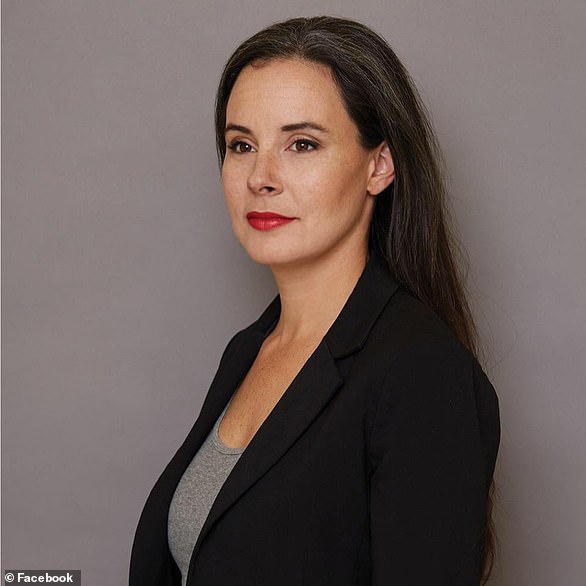 Rachel Hundley, the former mayor of Sonoma, accused Foppoli of sexual misconduct after an incident in January 2015. Further details about the allegations were not immediately clear.

An unnamed woman, who identified herself by her middle name Jane, accused the mayor of sexually assaulting her in a hot tub in 2013 in an email sent in 2017, according to The San Francisco Chronicle.

The woman, 34, said she was in the hot tub at Christopher Creek Winery with Foppoli and a group of her friends for a birthday celebration when he ‘exposed his penis underwater and thrust it into her hand,’ the outlet reported. 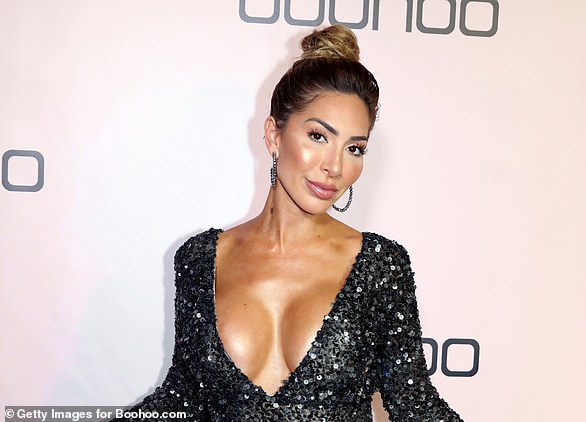 The details of the allegation remain unclear, though her lawyer described them as ‘very serious.’