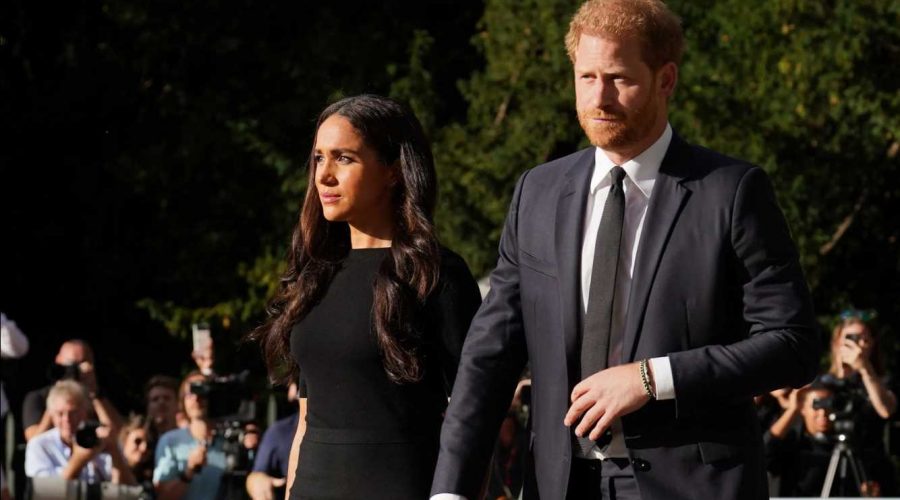 MEGHAN Markle's outfit during the Queen's memorial at Windsor Castle has sparked a wild fan theory over a "hidden" feature.

The Duchess of Sussex and her husband Prince Harry reunited with Prince William and Kate Middleton on Saturday to greet mourners.

The brothers appeared to put their differences aside as they grieved the Queen together in Berkshire.

But in the days since, eagle-eyed royal fans have scrutinised over an odd shape that could be seen underneath Meghan's dress.

The obsession with the faint lines of a square-shaped object which appears close to her hip have led to some claiming she was wearing a recording device.

One person tweeted: "The waist outline sure looks like a mic pack." 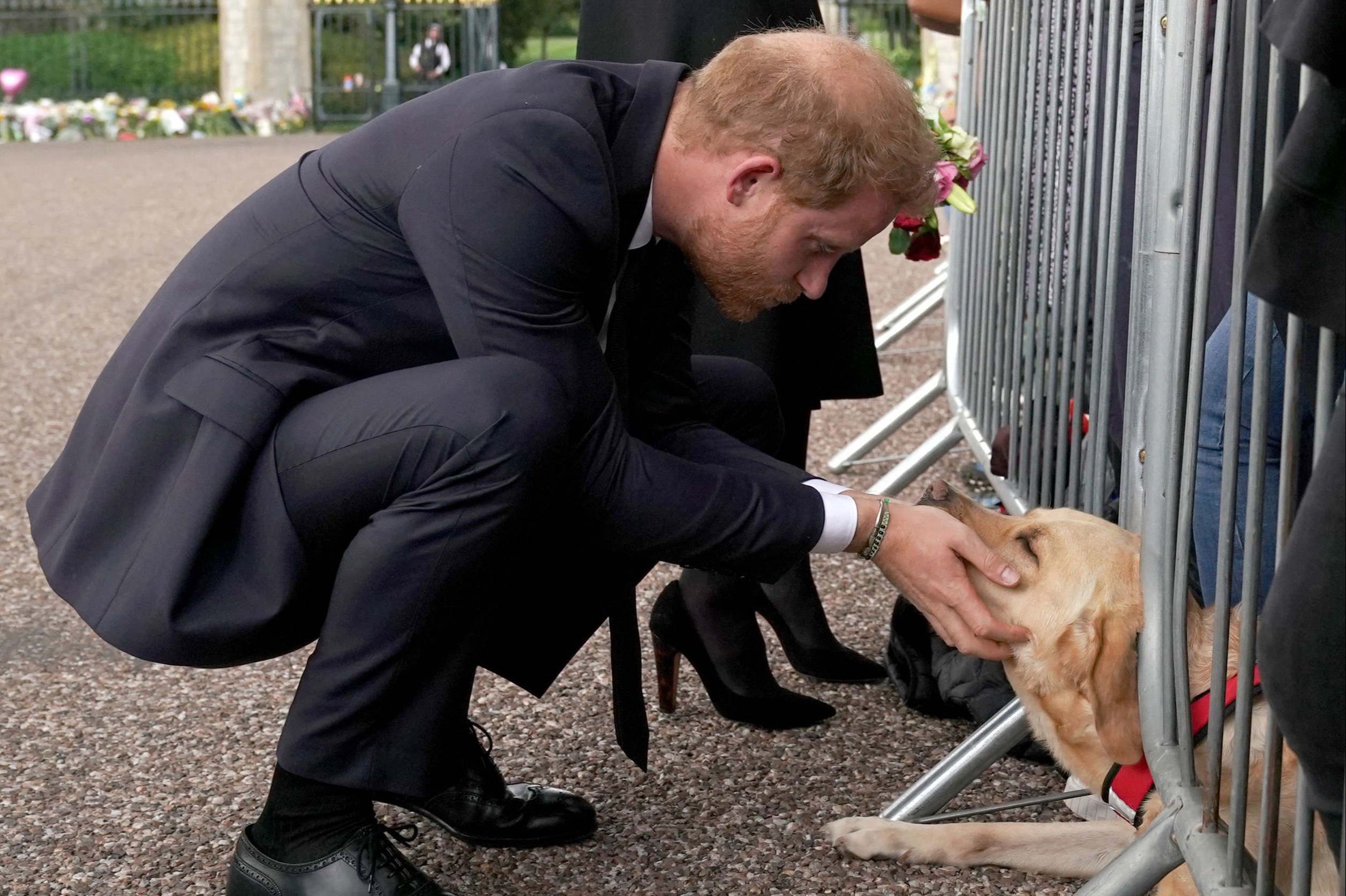 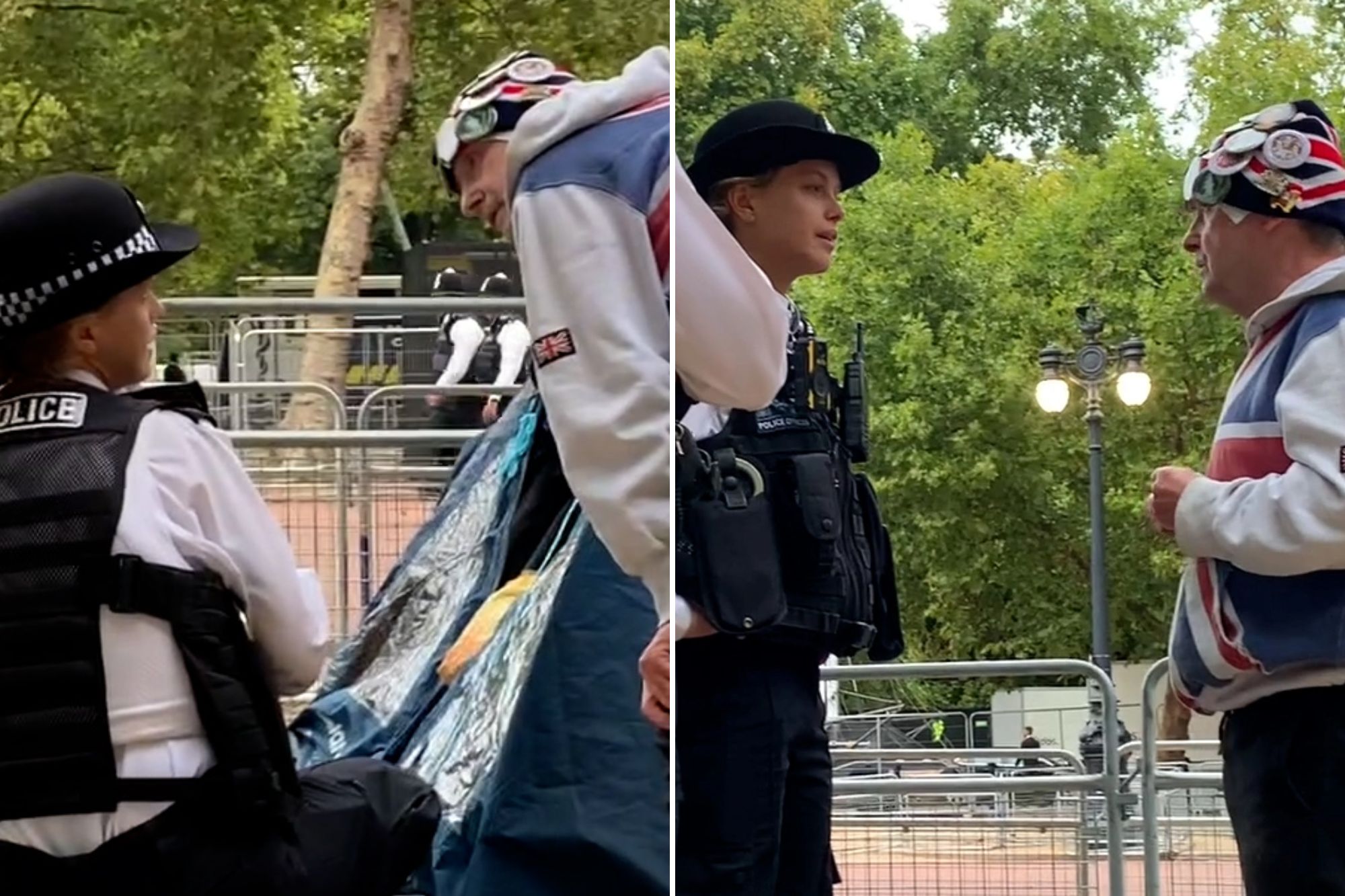 Another said: "Is Meghan Markle wearing a mic to use the Queen's death for her Netflix reality show?"

Someone else wrote: "Is Meghan Markle wearing a mic to use the Queen's death for her Netflix reality show?"

But a source close to The Duchess of Sussex has shut down the allegations.

A source close to Meghan told Page Six: "This is insane and actually damaging to her. Of course, she was not wearing a mic."

In the online discussions some people leapt to her defence, adamant the lines were nothing more than the way the dress sat or how it folded when she turned.

Others speculated the device could be a belt fitted on the inside of the dress while others believed it was a medical device.

One person said: "I wear a Continuous Glucose Monitor and my sensor is the same rectangle shape."

"You people are pathetic," one person said to those who claimed she was wearing a microphone.

During her appearance at Windsor Castle, Meghan was praised for sweet gestures made to the mourners waiting outside.

Nursery worker Lyndsey Phillips was among the hundreds of people hoping to catch a glimpse of the royals but instead, came away with a heart-warming exchange with Meghan.

She was standing with a colourful wreath made with the handprints of kids from her nursery.

When Lyndsey passed over the handmade gift, Meghan said: "Oh beautiful! Should I put that at the gate for you?"

Meghan was seen nodding her head as Lyndsey told her to do so, to which the Duchess of Sussex said: "Of course".

Once she was holding the wreath, she took a closer look and asked: "Who are the handprints from?"

Lyndsey told her the children at her nursery made it, to which Meghan said: "That's beautiful, thank you. I'll make sure it gets placed today."

She was also heard making a touching comment to a Royal aide about keeping a promise.

Footage shows the aide offering to take some of the flowers which the duchess had been given by mourners.

Scottish Power customers to get £400 rebate direct into bank accounts

It’s thought that she said: "I told them I'd place them over there so it's OK. Thank you. I appreciate it though."