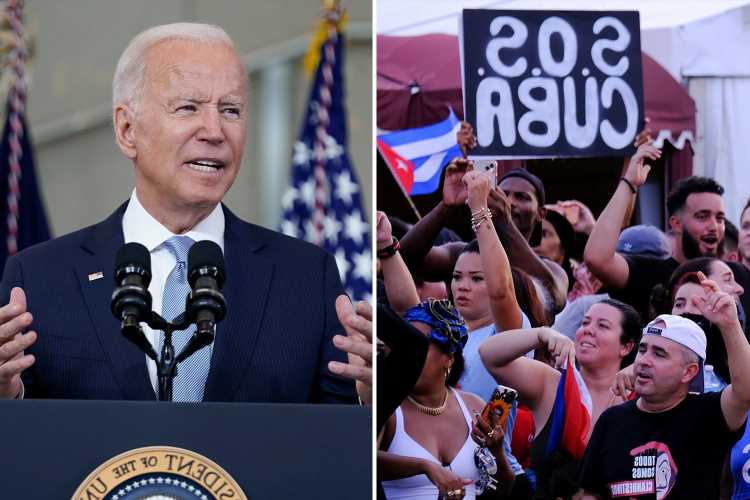 PROTESTERS have blocked a major expressway in Miami demanding that Joe Biden do more to help Cuba "fight Communism."

Hundreds of Cuban Americans stopped traffic on Tuesday calling for the president's support after a weekend of protests on the island nation turned deadly. 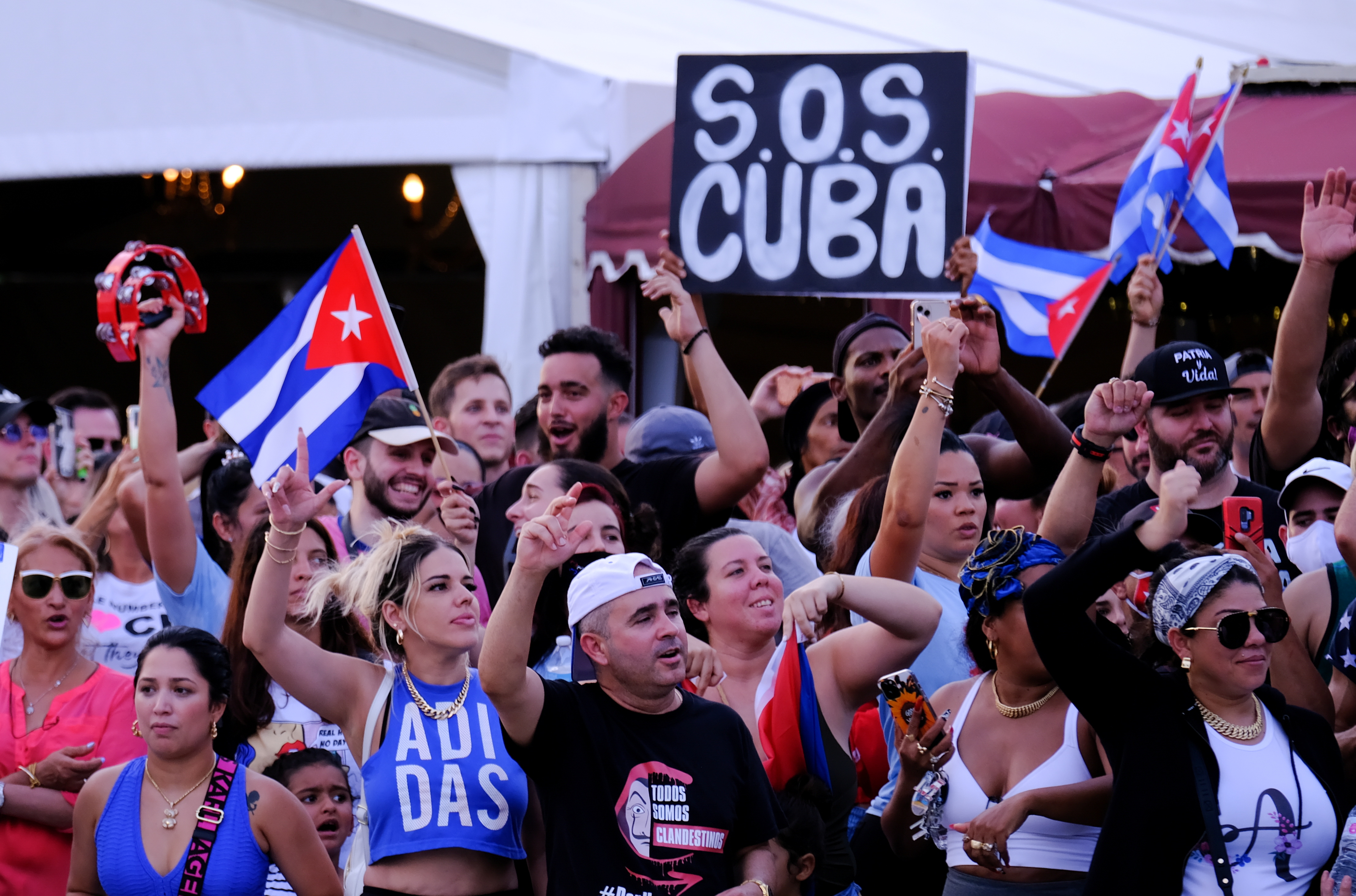 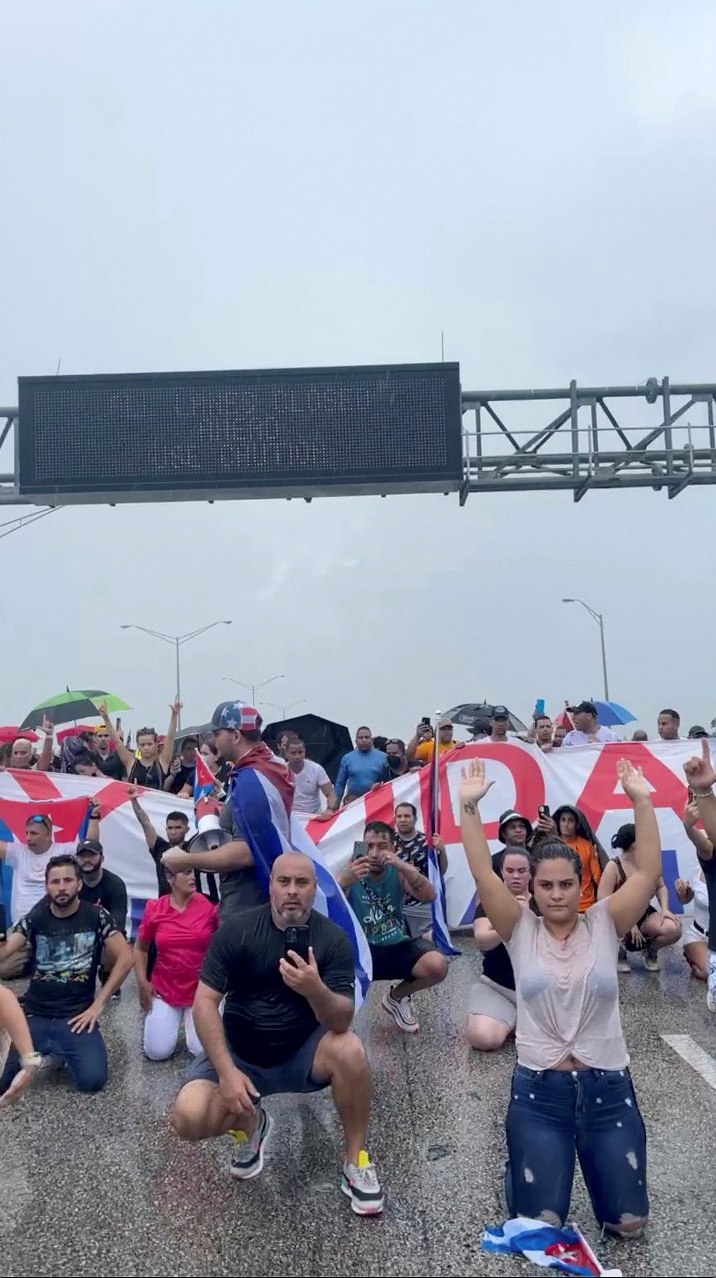 One "SOS Cuba" demonstrator told Fox News: "We need Biden’s support. We haven’t gotten support from the president. So, we are trying to fight, to finish with the communism."

Another said: "Biden, you should listen to the people here, the elected officials that are Cubans and know what is best for the people in Cuba."

Flavia Pérez, 16, who was brought to America as a baby, said: "I’m here to support young Cubans on the island so they have the same opportunities as I have in the U.S."

A protester told CBS: "We are fighting for freedom. It is very difficult. American people need to join with the Cuban."

The shocking violence in Cuba has erupted at the height of the Communist nation's worst economic crisis since the fall of the Soviet Union amid a record surge in coronavirus infections. 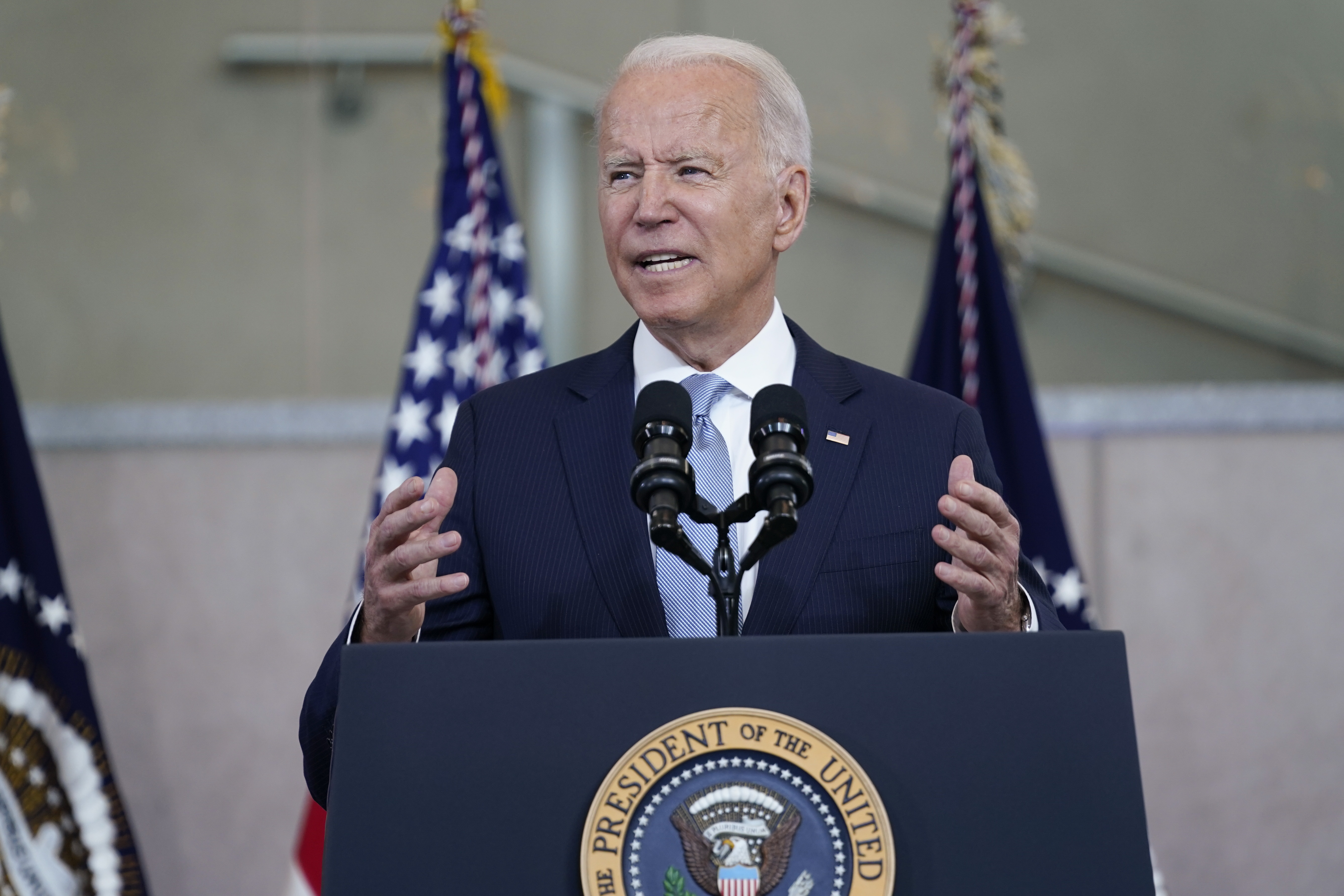 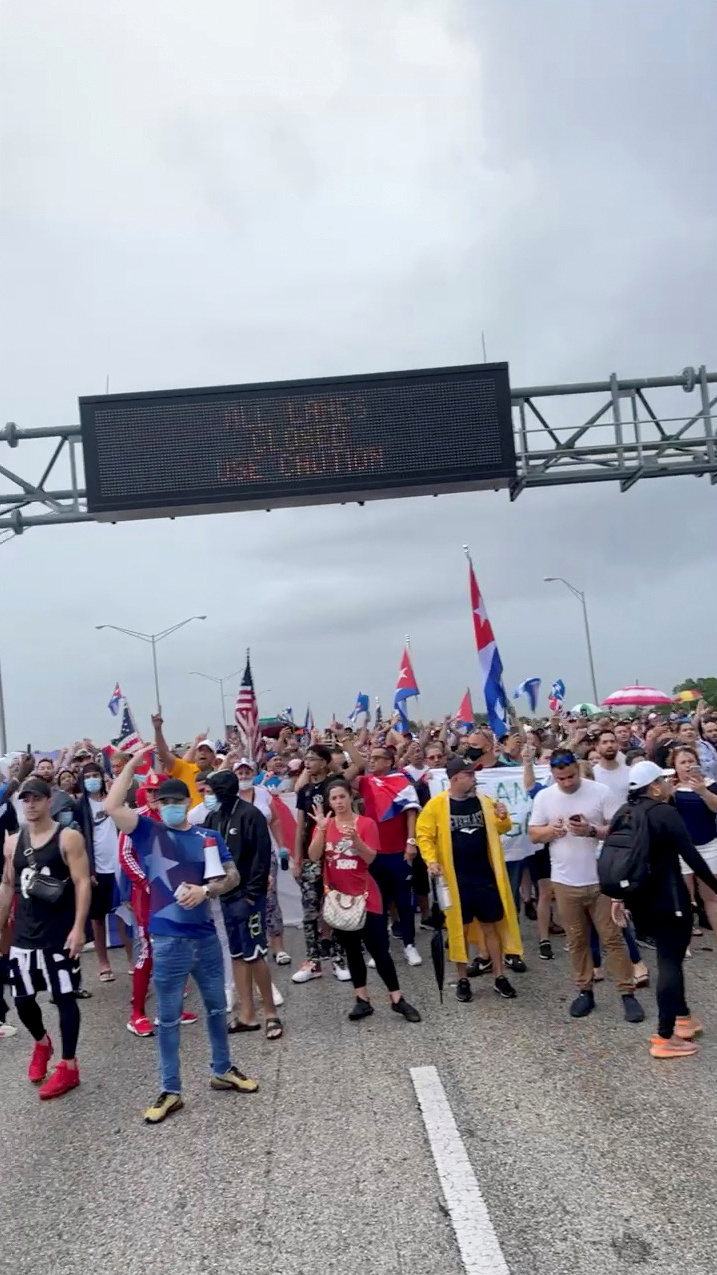 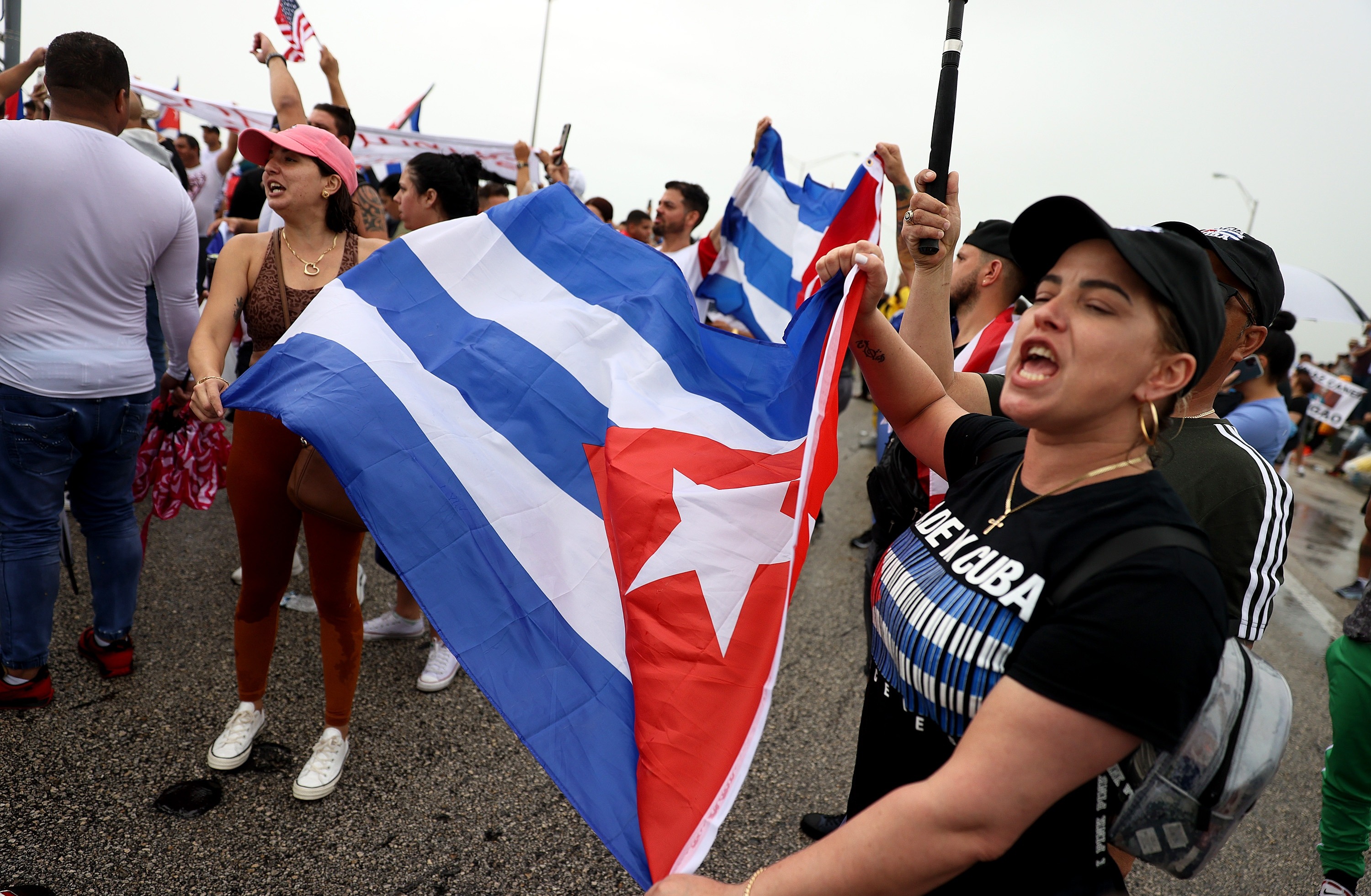 Joe Biden has said the US "stands firmly" with the people of Cuba.

"The Cuban people are bravely asserting fundamental and universal rights. Those rights, including the right of peaceful protest and the right to freely determine their own future, must be respected," Biden said in a statement.

Donald Trump released a statement on Monday saying Biden needs to "stand up" to the Cuban government.

In his statement, Trump took aim at Biden, as well as former President Barack Obama.

"Big demonstrations are breaking out in Cuba and Miami in protest of the Communist Cuban government (although today there are zero protesters in Cuba–you know what that means!)," Trump wrote.

"Don't forget that Biden and the Democrats campaigned on reversing my very tough stance on Cuba.

"Remember when Obama attended baseball games with Castros while they imprisoned, beat, and killed the Cuban people. I stand with the Cuban people 100 [percent] in their fight for freedom.

"The Government must let them speak and be free! Joe Biden MUST stand up to the Communist regime or–history will remember. The Cuban people deserve freedom and human rights! THEY ARE NOT AFRAID!" 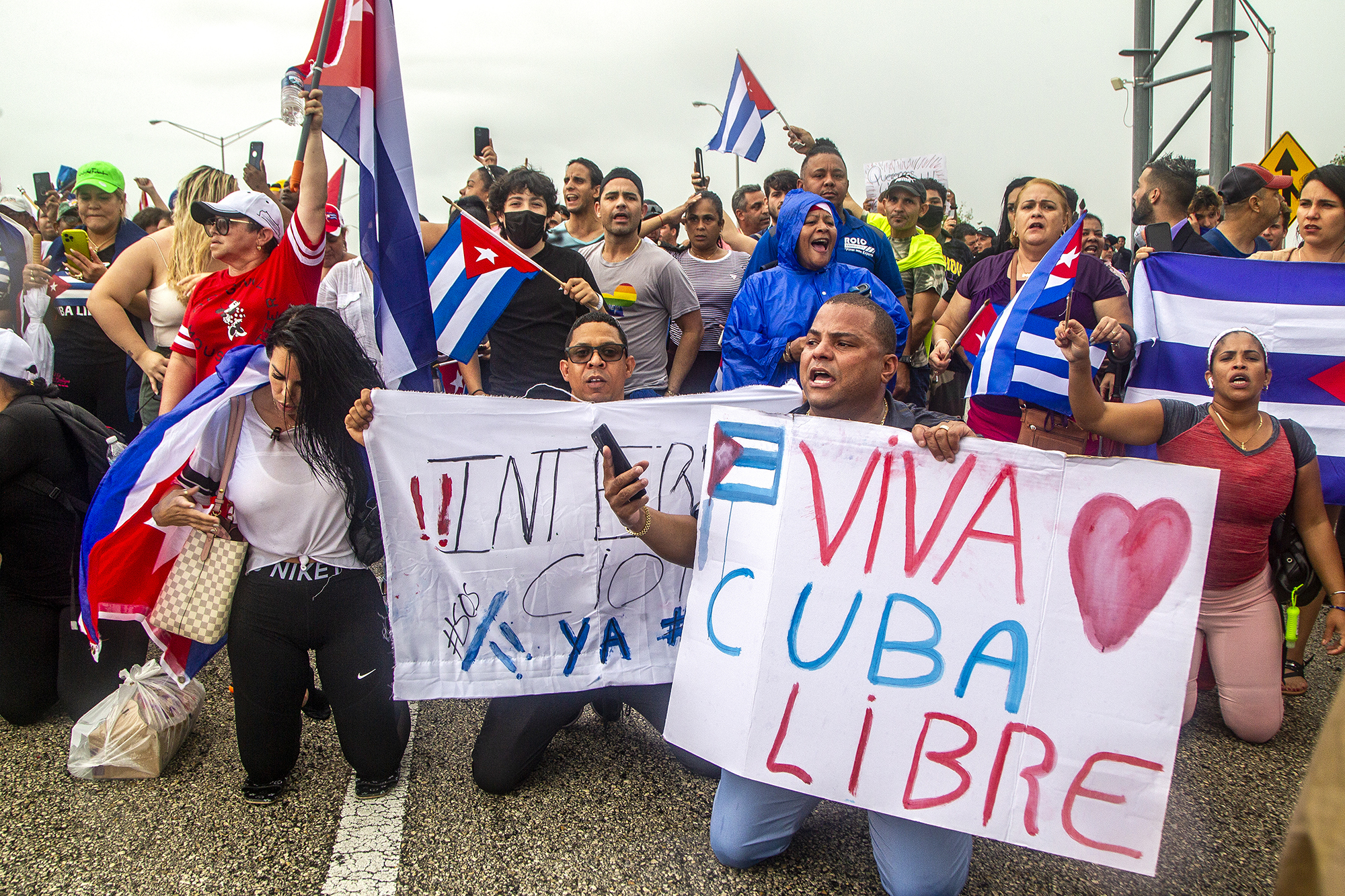 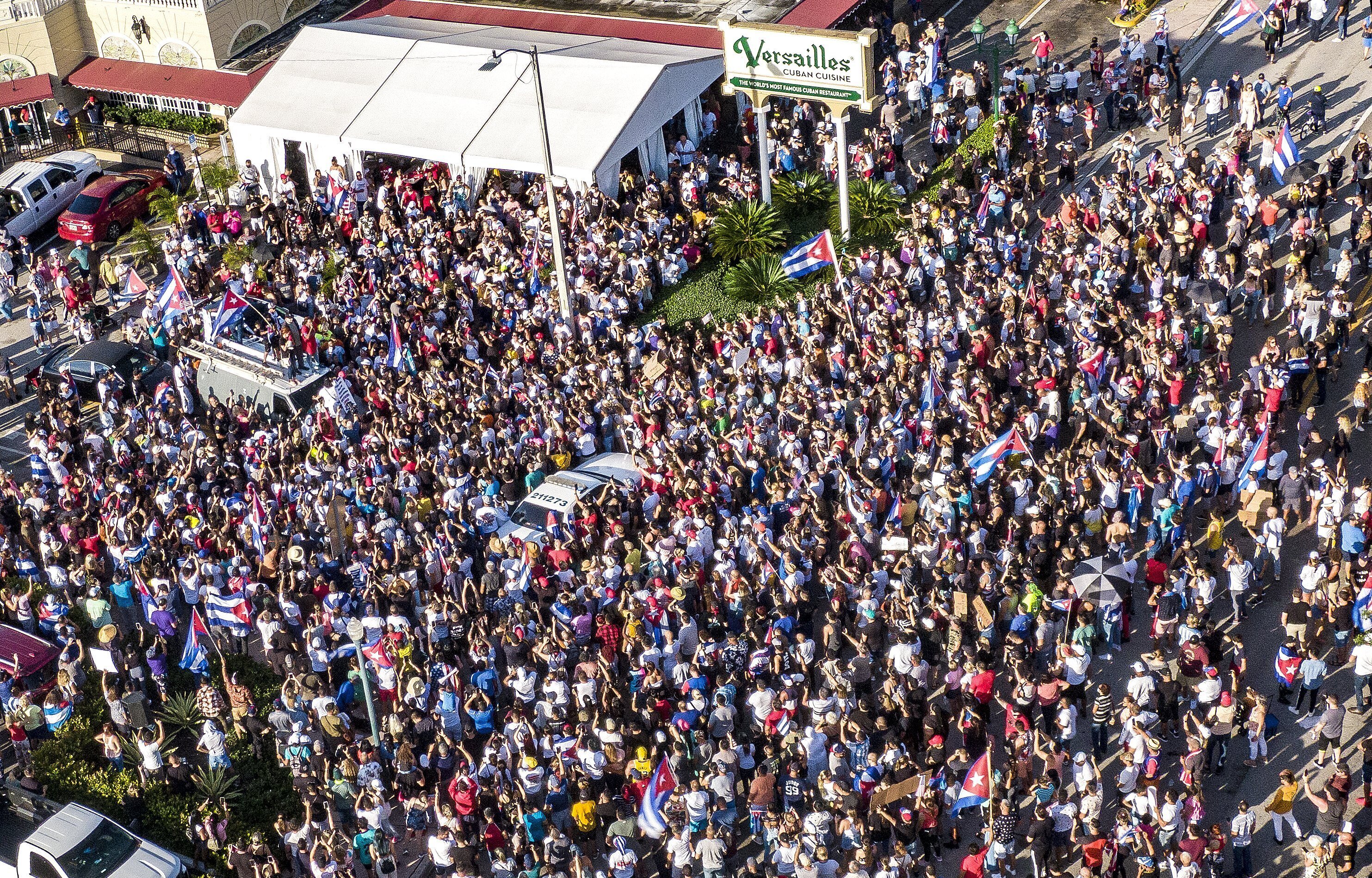 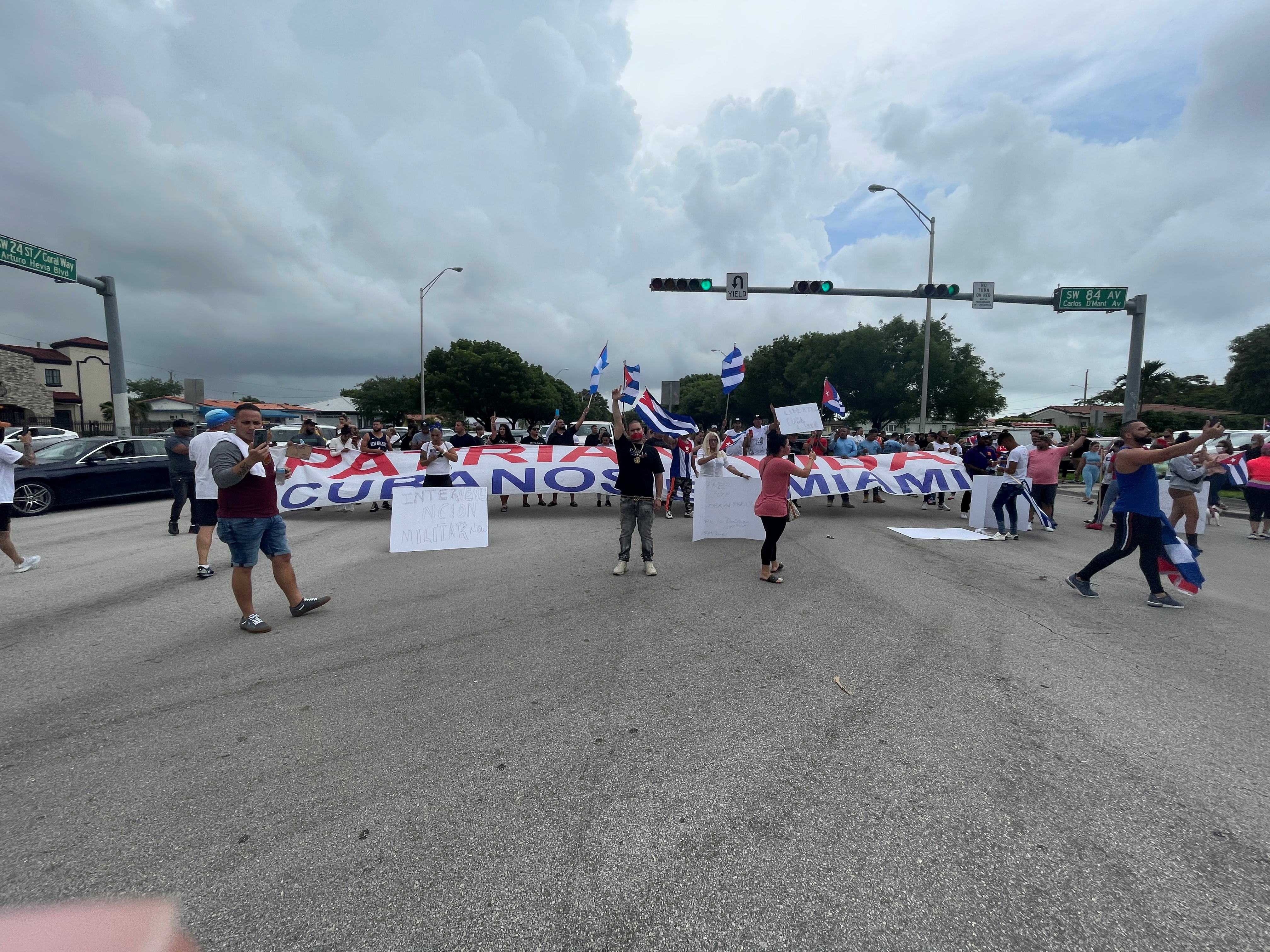 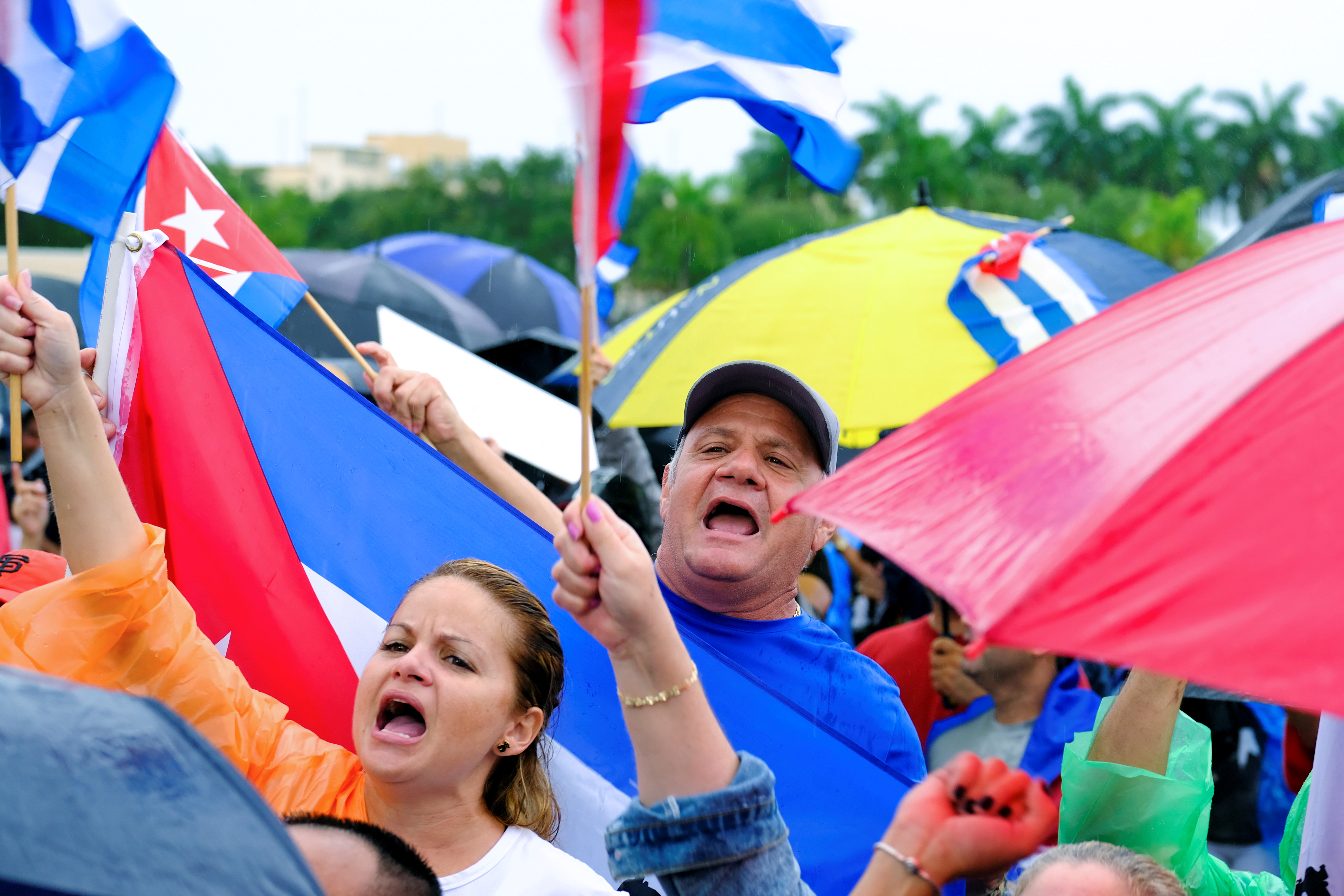 Cuban special forces had earlier battered protesters during anti-government marches in the country.

Horrifying footage then emerged which appeared to show the moment police arrest a YouTuber during a live TV interview at her home in Cuba.

Dina Stars, a social media activist and prominent critic of the government, was reportedly detained by Cuban security forces while speaking to a Spanish TV presenter.

The government has mainly blamed the seismic economic slump on the pandemic and US sanctions, which date back to the Cold War.

Protestors, meanwhile, are calling for a change in the system and for the Cuban president to step down. 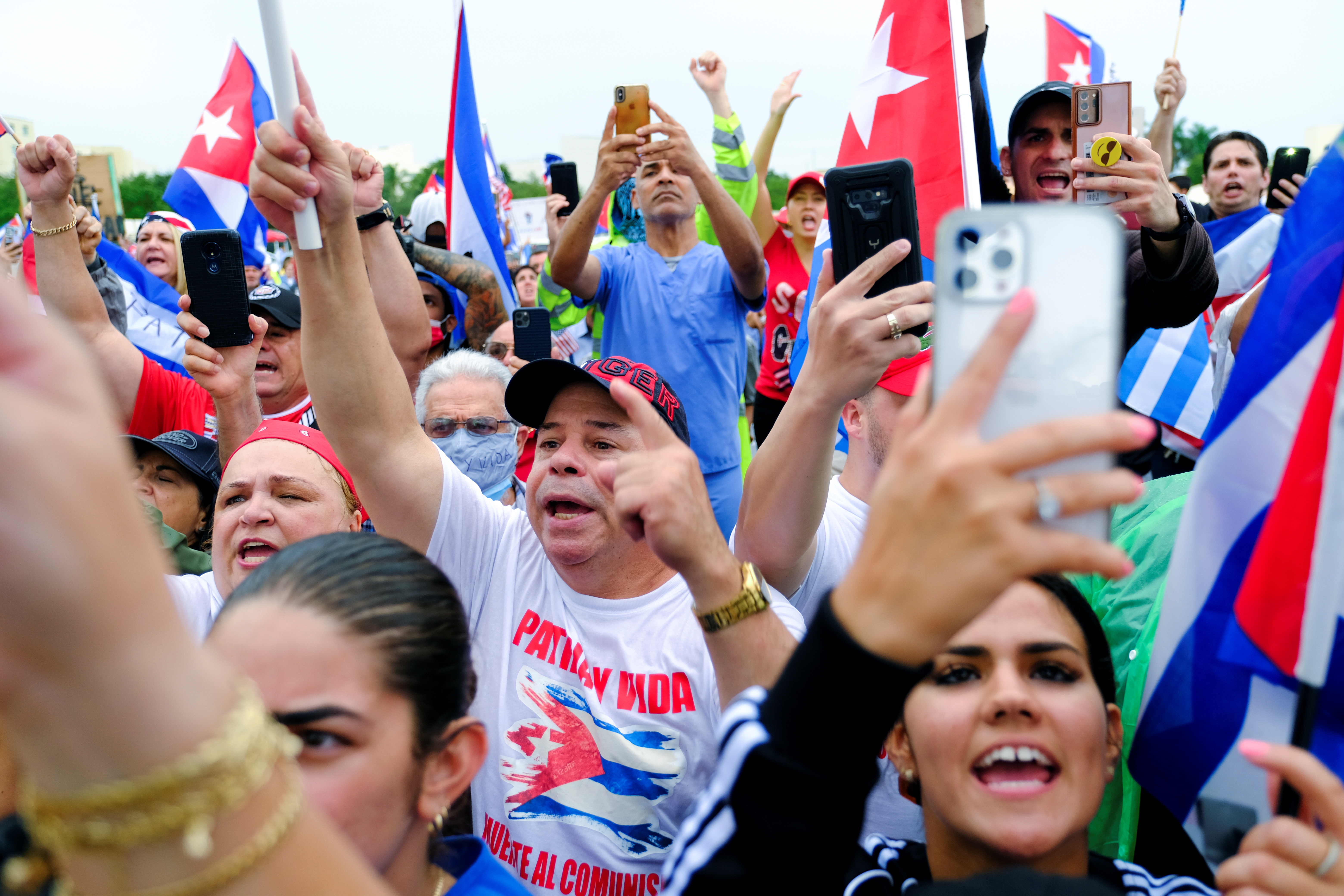 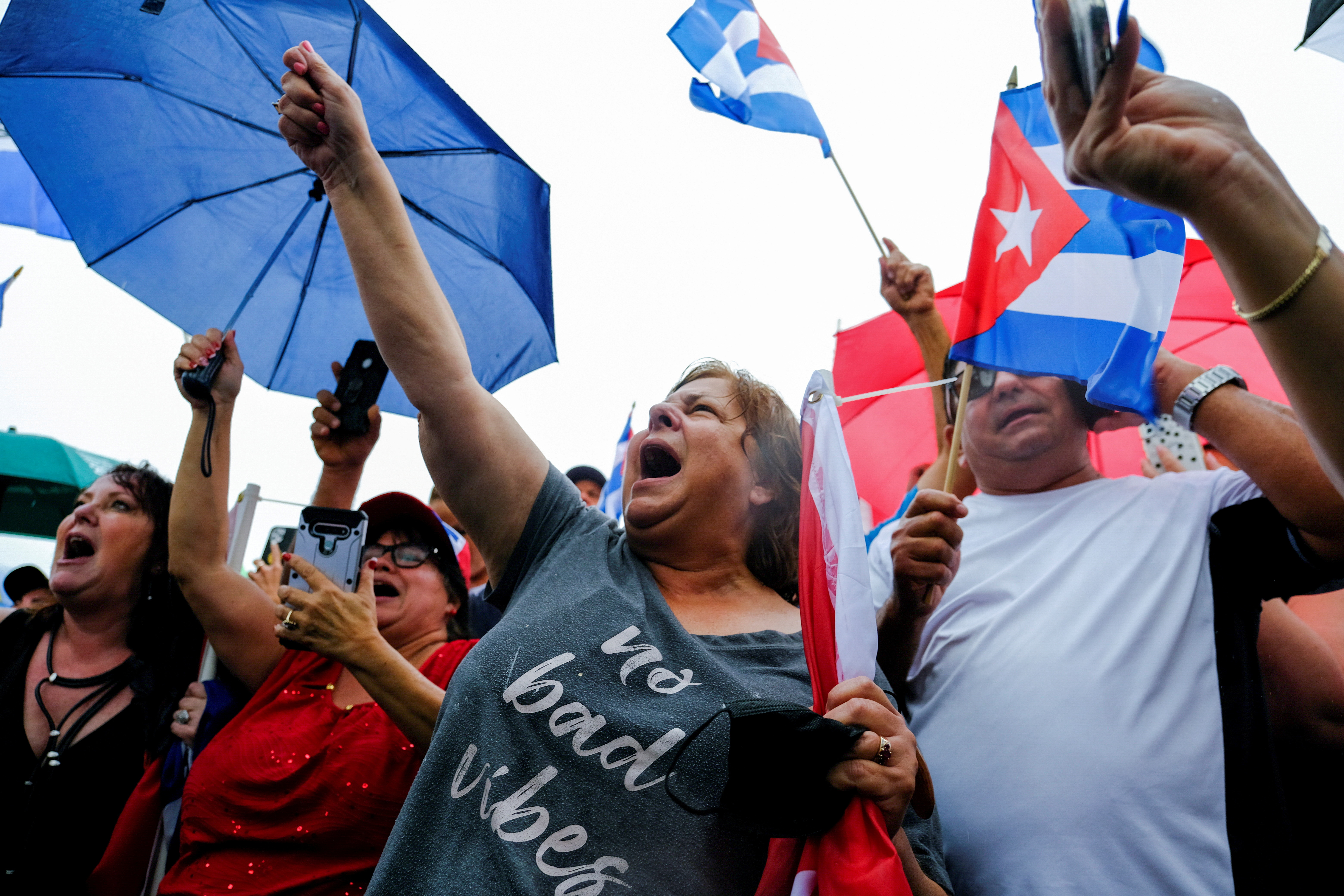 Sanctions imposed by the government to combat the pandemic shut down tourism and slowed other foreign revenue flows in a country dependent on them to import the bulk of its food and fuel.

To combat the pandemic, Cuba began a mass vaccination campaign, with 1.7m of its 11.2 m residents vaccinated to date, and twice that many have received at least one shot in the three-shot process.

However, the arrival of the Delta variant has prompted cases to surge, with health authorities reporting a record 6,923 cases and 47 deaths on July 11- twice as many as the week before.

According to local reports, this grim milestone appeared to be the final straw as people shouted “down with the dictatorship” and violently attacked police officers.

Cuba's Minister of Foreign Affairs Bruno Rodríguez Parrilla has slammed statements from the US, saying the White House has "no political or moral authority to speak about Cuba".

"His government has allocated hundreds of millions of dollars to promote subversion in our country & implements a genocidal blockade, which is the main cause of economic scarcities," Parrilla tweeted.

Embattled Cuban President Miguel Diaz-Canel accused the US of deploying secret mercenaries to incite the biggest protests in 30 years.

Cuba's head of state blamed Washington for the widespread unrest sweeping through his country, which has seen demonstrators take to the streets waving American flags and chanting "freedom". 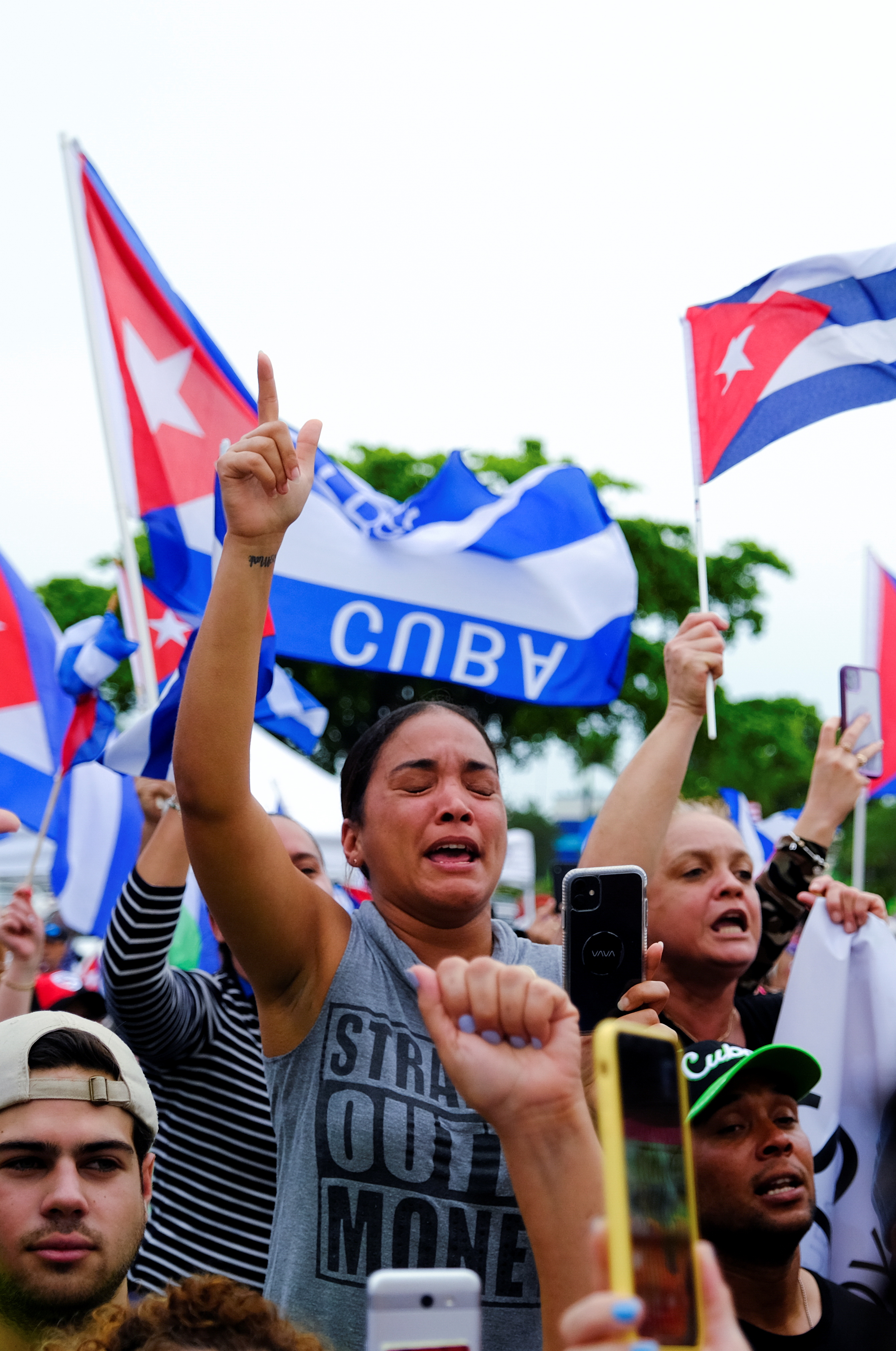 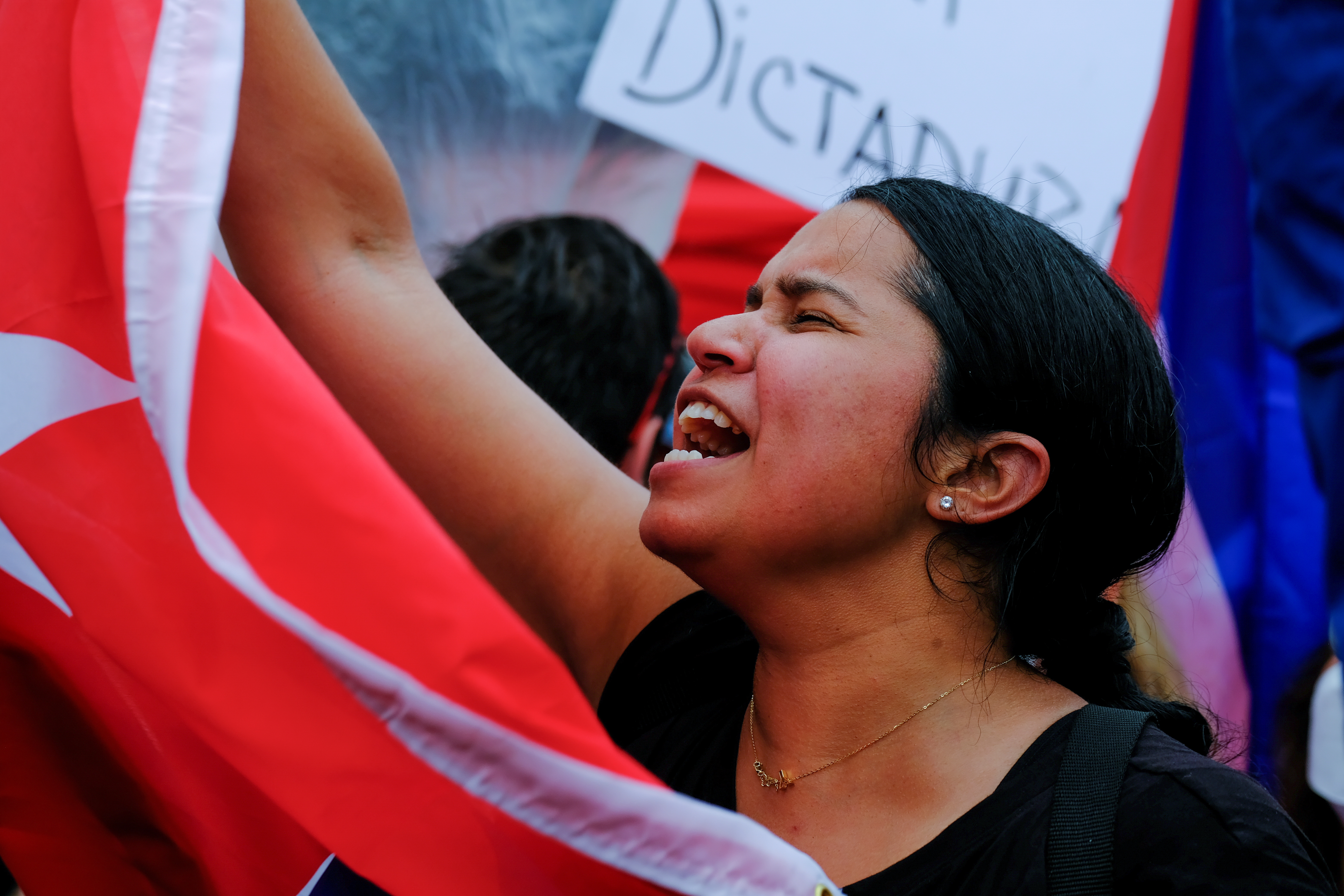