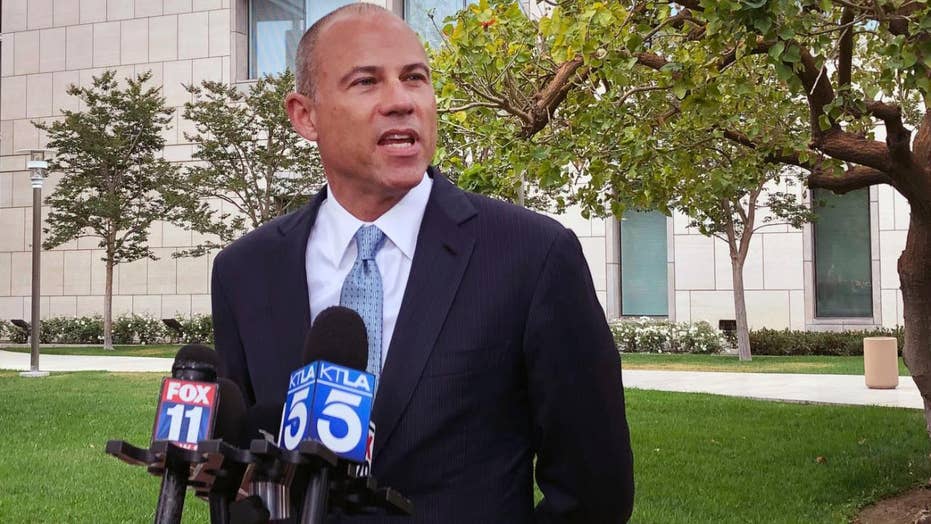 A day after a federal judge rejected Michael Avenatti's request to be represented by a public defender, the embattled attorney announced Wednesday that he had hired his own private counsel for his trial on charges that he defrauded clients, a bank and the federal government.

On Tuesday, Avenatti filed paperwork asking to formally establish an attorney-client relationship with the federal public defender's office. That request was denied without explanation by U.S. District Judge James V. Selna. The paperwork was stamped in in bright red letters saying: "DENIED by order of the court."

Avenatti’s request for a public defender included a proviso that he delay submitting an affidavit detailing his financial difficulties. The 48-year-old claimed that his defense efforts in multiple ongoing criminal and civil cases made it impossible for him to accurately document his financial situation. He added that he wanted to “contribute significantly” for his representation by a public defender but also was unable to fully pay for a private lawyer.

"Mr. Avenatti has tried to secure private counsel over the course of the past month but has been unsuccessful,” Deputy Federal Public Defender Georgina Wakefield wrote in Tuesday's filing. Less than 24 hours later Avenatti didn’t address the change in circumstances but said, “I’m happy that Mr. Steward has agreed to represent me. He has an incredible track record in this courthouse and otherwise."

On Wednesday, Judge Selna asked the federal public defender’s office to submit a bill for their work on Avenatti’s behalf in submitting the rejected request. A government website indicated that work would total $148/hour. Avenatti and Steward readily agreed to pay the full amount.

Government lawyers had cast doubt about Avenatti’s ability to cover legal expenses and suggested the uncertainty in recent days may be an attempt to delay its prosecution. “[Avenatti] has a pattern and practice of using delay tactics to avoid responsibility for his conduct,” says Assistant U.S. Attorney Julian Andre.

Nonetheless, the scheduled June 4 trial date has been pushed back – possibly until next year.  Selna asked for the parties to agree on a date several months from now but acknowledged the case will likely get delayed again. “The case will proceed promptly but on a reasonable basis,” he said.

Andre said the government will soon start the discovery process and turn over 115,000 documents – mostly bank records – while it processes other evidence seized in its investigation.

Last month, Justice Department lawyers filed a 61-page indictment charging Avenatti with 36 counts of fraud, tax evasion and other alleged crimes. Avenatti has pleaded not guilty to all charges.

Avenatti also has difficulty finding a lawyer in New York to represent him in a separate federal extortion case in which he’s charged with trying to bilk millions of dollars from Nike. Last month, the judge in that case gave Avenatti an additional 30 days to hire legal help. Today Avenatti said he had yet to hire for that case.