A record-breaking day. Michael Jordan’s iconic 1998 NBA Finals ‘The Last Dance’ jersey has sold for $10.1 million, setting records for a basketball jersey, any game-worn sports memorabilia, and most valuable #MichaelJordan item ever sold at auction. pic.twitter.com/7t8G98N5pW

The jersey breaks the previous record of $9.3 million held by the jersey from Argentinian soccer legend Diego Maradona’s “Hand of God” goal at the 1986 World Cup, which was sold by the same auction house earlier this year.

At the time, Sotheby’s hailed the Maradona jersey as the most expensive sports memorabilia ever, but a $12.6 million Mickey Mantle card has since topped the market.

The sale of the Jordan jersey comes in the wake of ESPN’s “The Last Dance” docuseries on Jordan’s 1997-98 season with the Bulls, and it’s staggering to think this jersey sold for a record despite being worn during a loss. The Bulls lost Game 1 to the Utah Jazz 88-85 before winning the next three games to take control of the series.

As a news release from Brahm Wachter, Sotheby’s head of streetwear and modern collectables, indicated when the auction was announced, the sheer rarity of a Jordan Finals jersey made it too hard to resist for collectors:

“The 1997-1998 season is perhaps one of the most popular among Jordan fans, as Michael was reaching the height of his abilities while simultaneously pursuing what he understood would be his last chance at an NBA Championship with the Chicago Bulls.

“The season itself is his ‘magnum opus’ as an athlete, and a testament to him as a champion and competitor. Finals jerseys from Jordan are remarkably scant, and the 1997-1998 Finals are arguably the most coveted of them all.”

Sotheby’s initially estimated the Jordan jersey would sell for $3 million to $5 million, but they apparently didn’t realize just how crazy the market for Michael Jordan can still get after all this time. 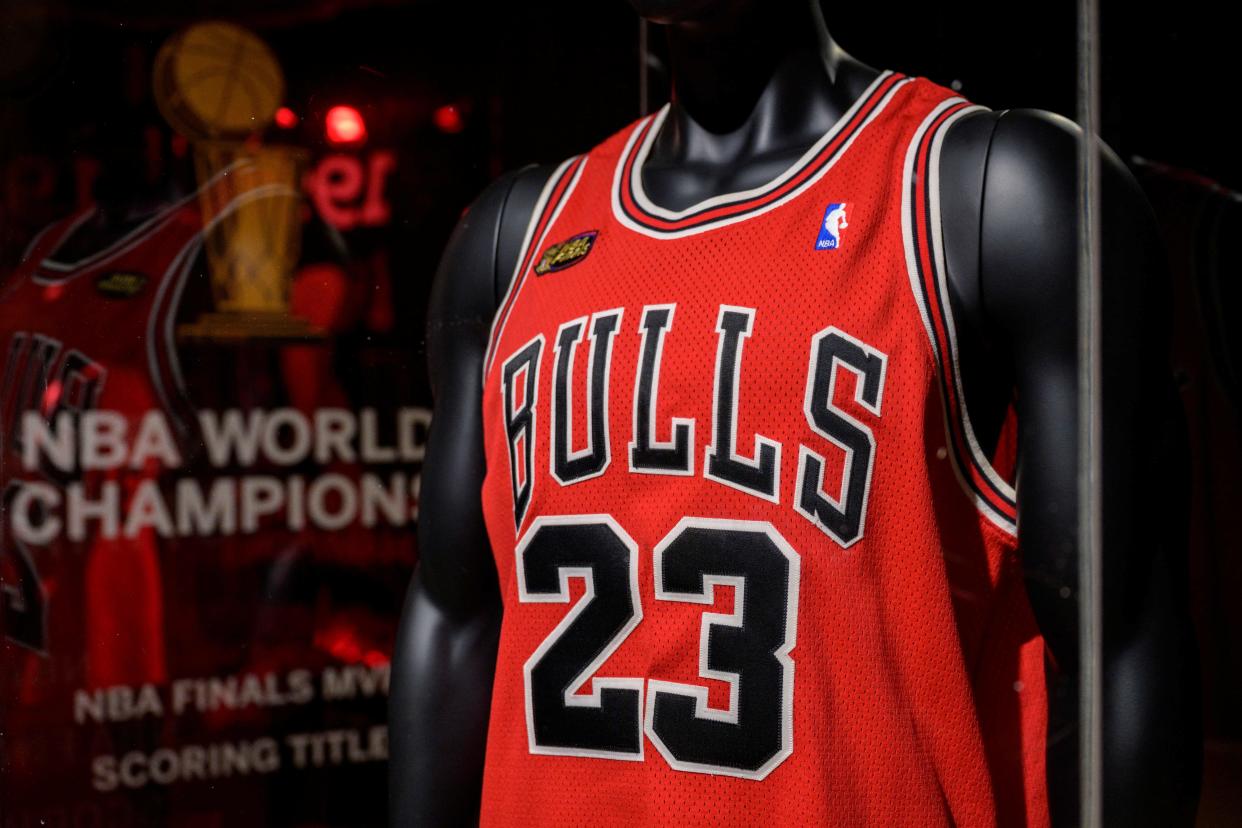